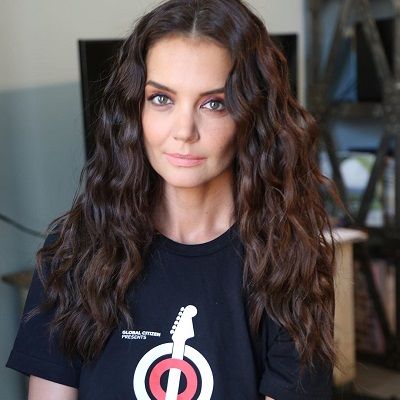 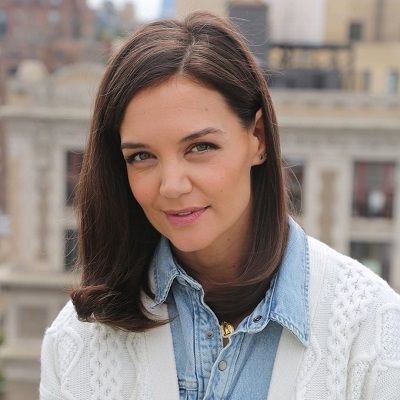 Katie Holmes is a prominent American actress, producer as well as a director. Katie Holmes is famously known for her role as Joey Potter on one of her most popular television series named Dawson’s Creel (1998-2003).

The full name of Katie Holmes is Kate Noelle Holmes. She was born on December 18, 1978. At present, she is forty-one years with the zodiac sign Sagittarius. Her birthplace is in Toledo, Ohio. Similarly, her parents are Kathleen and Martin, Joseph Holmes. Her mother is a homemaker and also a philanthropist. On the other hand, her father is an attorney who played basketball at Marquette University. 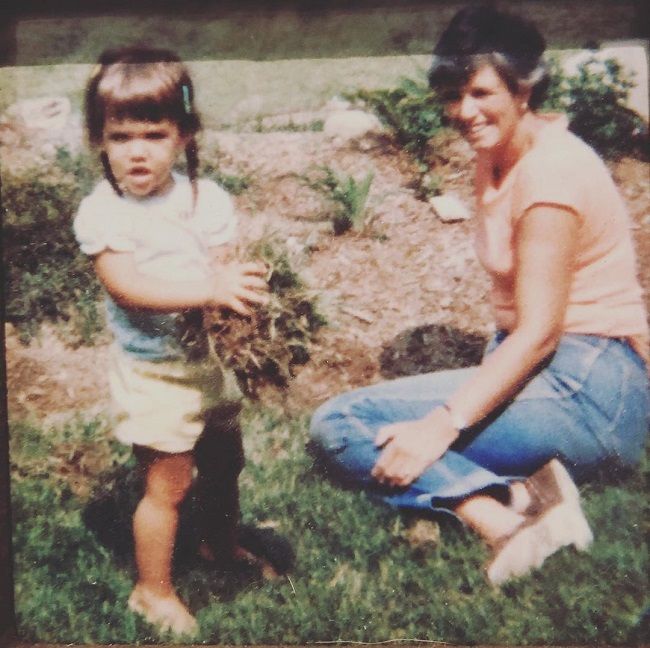 Caption: Childhood pictures of Katie Holmes with her mother (Instagram)

Similarly, she is the youngest of five children. Therefore, she has four siblings. She has three sisters and a brother. They are Nancy Kay Homes, Holly Ann Holmes, Tamer Holmes, and Marin Joseph Holmes respectively. Also, her nationality is American.

Katie Holmes completed her graduation from the all-female Note Dame Academy. It is in Toledo. This academy was also her mother’s alma mater. During her school days, she used to get involved in school musicals in nearby all-male high schools. She used to play a waitress. In a similar manner, she was selected to Columbia University when she scored 1310 out of 1600 on her SAT. She also attended a summer session as well. Nevertheless, her father wanted her to become a doctor. In actuality, she initiated her classes at a modeling school in Toledo when she was 14. Ultimately, this led her to the International Modeling and Talent Association (IMTA) Competition. It was he’s in New York City in 1996.

The career of Katie Homes was initiated when she was signed to an agent after performing a monologue from To Kill a Mockingbird. The casting director of The Ice Storm received an audition tape of Homes. This resulted in her big-screen debut as the role of Libbets Casey in the film, opposite Kevin Kline and Sigourney Weaver.

Simultaneously, she started giving audition for roles. With her progress, she then auditioned for the role of Joey Potter for Dawson’s Creek. She had auditioned for this series on videotapes. After her such a huge advancement, she featured in Disturbing Behavior (1998), and Go (1999). 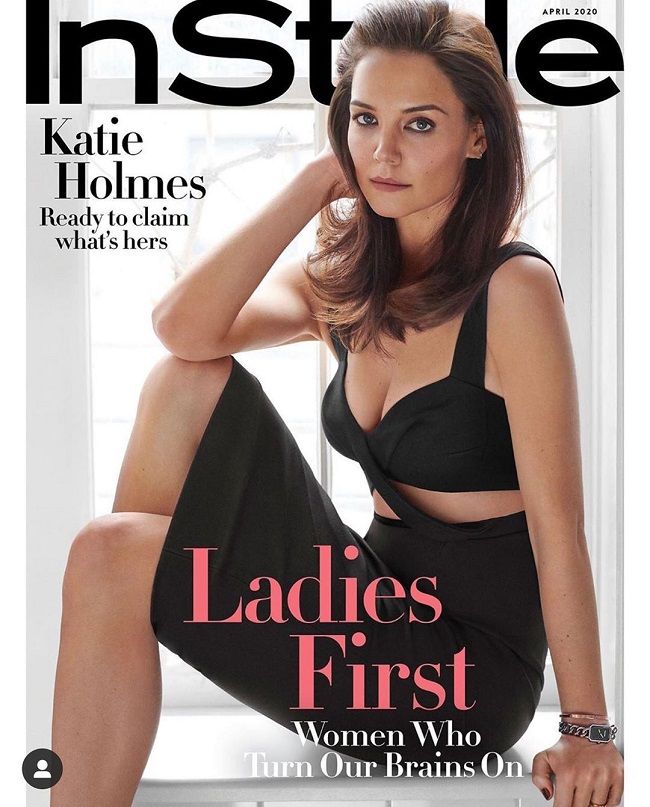 Caption: Katie Holmes in the cover of InStyle Magazine (Instagram)

Additionally, she started playing challenging roles such as in Wonder Boys (2000), Abandon (2002),  Pieces of April (2003). In addition, she worked in Detective (2003) as well. Next year in 2004, she appeared in First Daughter. One of her bug-budget projects was the film Batman Begins in 2005. The movie could achieve the most success in the Hollywood film industry.

After 2005, she took a break from her acting career fo her kid. She came up with the comedy Mad Money as her comeback in 2008. Sadly, her performance was widely criticized. Afterward, she shifted to the small screen and appeared in an episode of the television show Eli Stone. She then made her Broadway debut in All My Sons.

Thereafter, she made her appearance in the remake of the 1970s telefilm Don’t Be Afraid of the Dark. Also, she was a part of The Son of No One and Jack and Jill. In the same year that is 2009, she starred in The Kennedys which was much appreciated by the critics. Her performance in the show How I Met Your Mothe was reprised in an episode in 2013 as well.

Being a talented and versatile personality, she has various awards and nominations. She had won the MTV Movie Award for Best Breakthrough Performance. The award for her role if Rachel Wagner in Disturbing Behavior.

Furthermore, she achieved the Women in Film Max Face of the Future Award in 2011. Surprisingly, she was ranked in the thirty-eight position on TV Guide’s 50 Sexiest Stars of All Time in 2005.

According to some sources of information, she has a net worth of approximately 25 million dollars. Unfortunately, other details regarding her annual salary and personal belongings are not known.

In 2003, Katie was engaged to Chris Klein. Sadly, the couple separated after two years in 2005. Besides, there are several past relationships of the actress. She was earlier married to Tom Cruise. The married relationship could remain for six years (2006-2012). The couple shares a daughter, Suri Cruise. After their legal separation, she received the custody of their child. Into the bargain, she was also in a relationship with Joshua Jackson (1998-1999) as well.

Despite the success of the movie named Batman Begins released in 2005, the role of Katie Holmes as Rachel Dawes, Batman’s childhood sweetheart had to face certain dark and gloomy reviews. So, this became the matter of a slightly controversial.

On the other hand, there were other relationship rumors regarding Katie Holmes that she had been in a relationship with Alexandra in 2014, Jamie Foxx in 2014, and Peter Cincotti in 2013. However, there were not any strong stability in these rumors.

The gorgeous lady, Homes’ height is 175 in cm. Her weight is 125 lbs and 57 in kgs. Obviously, she has a slim body structure. Her eye color is Hazel and has dark brown hair color. 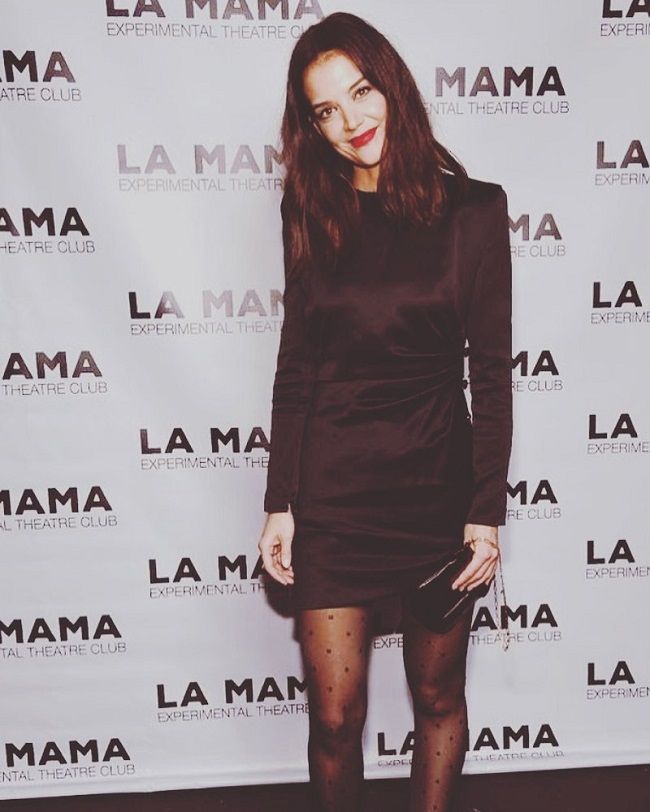