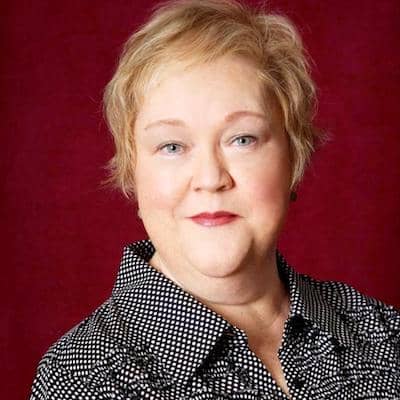 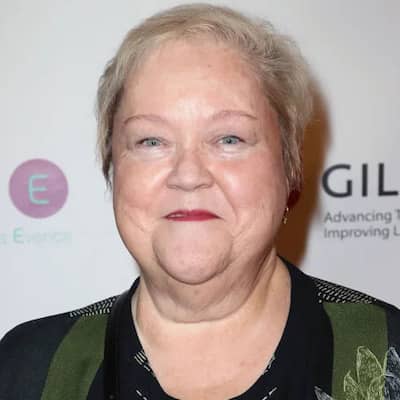 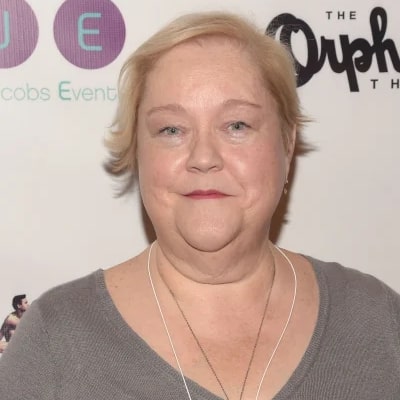 Kathy Kinney was born on November 3, 1954. She is originally from Stevens Point, Wisconsin, USA. She is presently 67 years old and her sun sign is Scorpio.

She is the daughter of Irish American parents Harold Kinney, an automobile dealer, and Marian Kinney. Sadly, her father died when she was 15 years old. 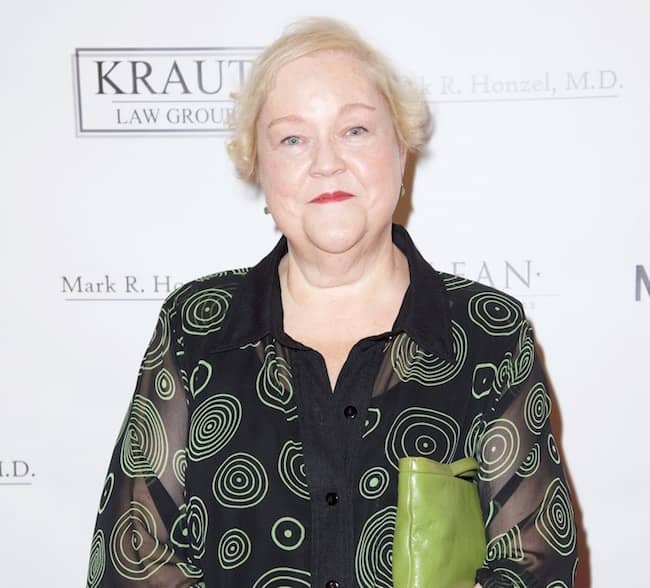 After high school, Kathy worked for the California Conservation Corps between the years 1972 and 1974.

And, after completing a six-month Back Country season in Kings Canyon, she left the program with thousands of dollars in scholarships. Then, she attended the University of Wisconsin–Stevens Point in the seventies and officially received her degree in the year 2016.

Similarly, in the year 1976, she moved to New York City, where she found work as a secretary at WCBS-TV. Moreover, her boss enjoyed hunting, and sometimes she chatted with him about his hunting trips, occasionally quipping,

“So, did you kill anything this week?”

Therefore, she used this experience to inspire herself for the role of Mimi. Moreover, during this time at WCBS, this personality worked nights at New York comedy clubs to improve her improvisational comedy skills. And, this led to a job teaching improv classes. Moreover, Director Bill Sherwood attended; he later wrote a part for her in his 1986 film, Parting Glances.

Armed with the success of Parting Glances, she visited friends in Los Angeles and decided to permanently move there to pursue a career in acting. And, in L.A., she worked regularly as a character actress, getting small roles in various TV series such as Full House, Seinfeld, Lois & Clark: The New Adventures of Superman, Grace Under Fire, The Larry Sanders Show, Boy Meets World, and My Name Is Earl.

Likewise, her first memorable television role is generally considered her regular stint on Newhart as Miss Goddard, the town librarian (1989–1990). This personality has avoided auditions for what she calls “the heavy-girl roles”. Therefore, Critics occasionally grumble that Mimi, her character on The Drew Carey Show, is a waddling fat joke, but her weight has never seemed to be the point of a fat joke.

Similarly, she has also appeared in the American version of Whose Line Is It Anyway? Additionally to her television roles, she has appeared in several movies, including Arachnophobia, Scrooged, Lenny the Wonder Dog, Stanley & Iris, Three Fugitives, and This Boy’s Life. 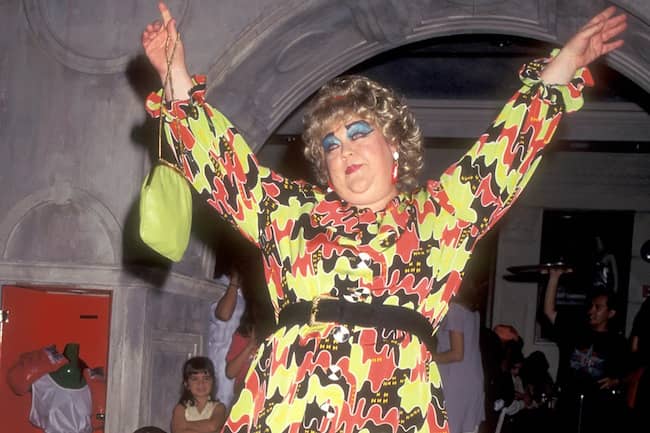 Caption: Kathy Kinney as Mimi in ‘The Drew Carey Show’. Source: In Touch

In the year 2006, she visited Iraq with former co-star Drew Carey and his Improv All-Star Team, a series of USO performances for American troops; a film of her appearance appeared in the documentary Patriot Act: A Jeffrey Ross Home Movie. In the year 2008, she became the co-creator and star of MrsP.com, an entertainment website for children.

She portrays Mrs. P, an eccentric redhead who loves books and reads classic children’s stories from her magical library. Likewise, after nearly two years of development, the site launched in beta on November 10, 2008. Moreover, on March 24, 2009, she appeared in character as Mimi at the beginning of The Late Late Show with Craig Ferguson.

And, a week later, she reprised her role as Mimi during that day’s The Price Is Right. Kathy replaced the show’s announcer with a man in a monkey suit along with using 4 male models. This personality guest starred in The Penguins of Madagascar as Rhonda the walrus. Moreover, Rhonda made a second appearance in the episode “The Hoboken Surprise” in the year 2011.

Additionally, in March 2010, she co-authored with Cindy Ratzlaff a book entitled Queen of Your Own Life: The Grown-up Woman’s Guide to Claiming Happiness and Getting the Life You Deserve, published by Harlequin. Also, she guest-starred on The Secret Life of the American Teenager. Moreover, beginning in March 2011, she appeared in Drew Carey’s Improv-A-Ganza.

Furthermore, in September 2019, this personality appeared on American Housewife. This actress played the lunch lady in the episode “Bigger Kids, Bigger Problems”. And, she reunites with former co-stars Ryan Stiles, Drew Carey, and Diedrich Bader as part of ABC’s Cast from the Past Week. 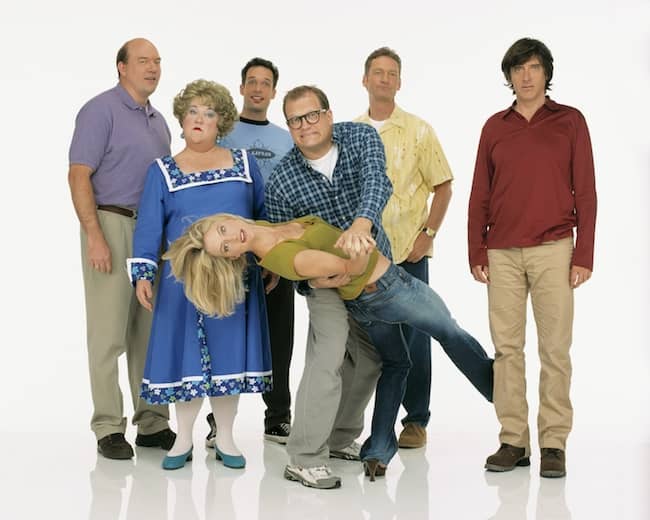 As per her personal life, it is known that Kathy is married to a man named Rob. But sadly, very little information is available about him, their relationship, and their marriage as she does not share a lot of information. Therefore, Kathy prefers to keep her personal life private.

Kathy mentioned that throughout her career, she has purposefully avoided auditions that would make her a stereotype-heavy girl. Moreover, some have criticized her for that statement, saying that her role in “The Drew Carey Show” was essentially a walking fat joke.

This personality is 5 feet 4 inches tall but her weight is unknown. Kathy has a set of blue eyes and blonde hair. Other than this, she has not shared the measurements of her body.

However, she has mentioned that she dislikes being typecast due to her weight and has had people mocking her for losing weight saying it was the equivalent of losing her career. 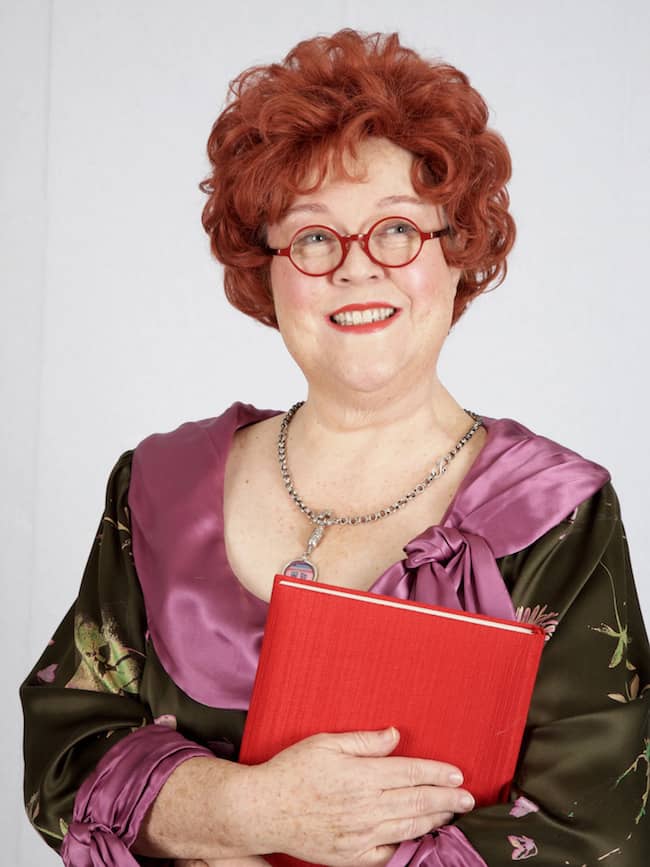 Kathy has probably earned a handful amount of money throughout her career. Therefore, Kathy Kinney has a net worth of $5 million.