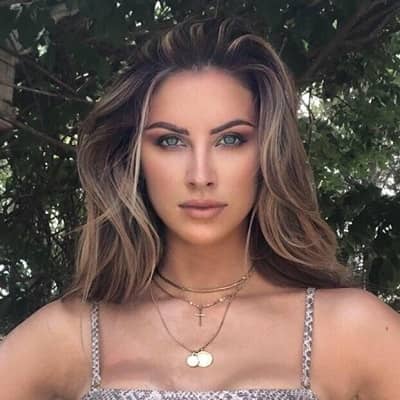 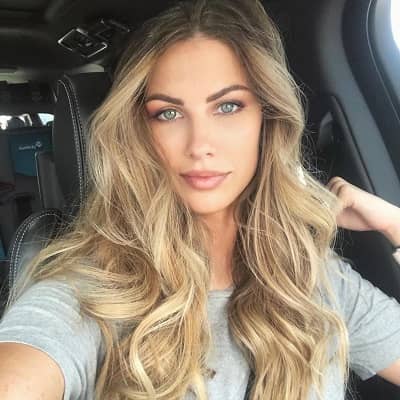 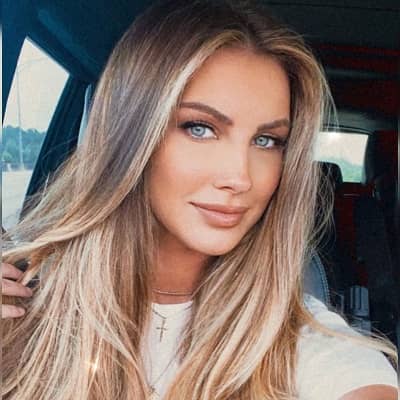 Katherine Webb was born on April 24, 1989, and she is currently 32 years old. She hails from Montgomery, Alabama, and her zodiac sign is Taurus. Talking about her family, her parents are father Alan and mother Leslie Webb. Likewise, she did her alma mater from Auburn University. Similarly, her full name is Katherine Elizabeth Webb-McCarron and she is a Christian who is frequently involved in her church.

Professionally, Katherine Webb is a well-known model, beauty queen, as well as a TV personality. She gained fame after becoming Miss Alabama USA in the year 2012. She then gained further fame for her appearance during the 2013 BCS National Championship Game’s broadcast.

Talking about her beauty pageant journey, she was a semi-finalist in the Miss Georgia USA 2008 pageant. She then won the title and was crowned Miss Alabama USA in the year 2012. Later on, at the Miss USA 2012 competition, she went on to finish in the Top 10 finalists. 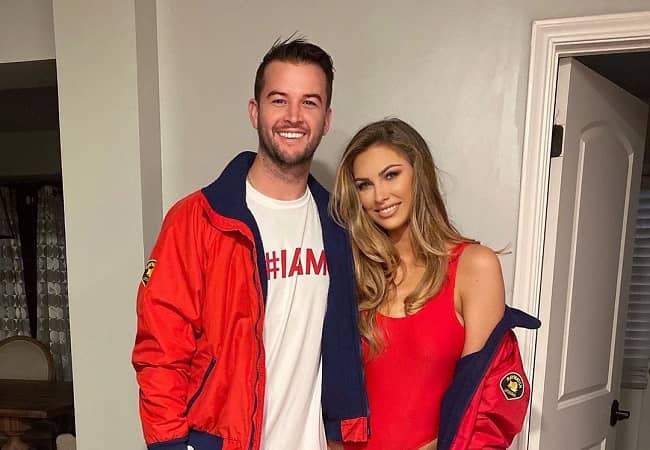 Similarly, she is also famous as the celebrity wife of A. J. McCarron. McCarron is the Alabama quarterback. Before their marriage, when she and McCarron were only dating, she attended the 2013 BCS National Championship Game. When she was in the audience, announcer Brent Musburger talked about her as the broadcast image centered on her.

The announcer referred to her as a “lovely lady” and “beautiful”. Brent also remarked to his broadcast partner that the quarterbacks get all the good-looking women. His broadcasting partner was the former quarterback Kirk Herbstreit. 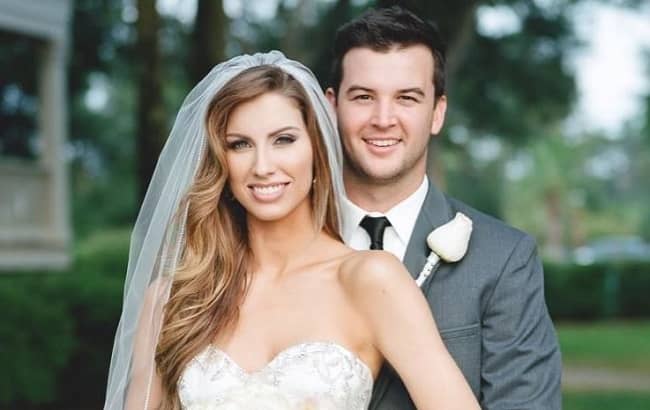 Due to the long Auburn–Alabama sports rivalry. the media even made coverage of her for being an Auburn University graduate. Following the telecast event, her Twitter followers jumped overnight from about 2,000 to over 175,000. Many famous people including LeBron James, Darnell Dockett, and Aaron Murray started following her.

The very next day, one of the phrases on Google’s highest trending terms was “AJ McCarron girlfriend”, with over 1 million searches. Brent Musburger v once again revisited this event in the year 2018. It was when the Buffalo Bills traded AJ McCarron to the Oakland Raiders.

Furthermore, after she gained immense fame from this event, Donald Trump offered her a position as a Miss USA judge. Donald is the owner of the Miss USA pageant. Subsequently, she accepted an offer from Inside Edition and covered Super Bowl XLVII.

Katherine Webb is married to A.J. McCarron. She and AJ tied the knot on 12 July 2014 in Orange Beach, Alabama. Prior to this, the couple had their engagement earlier in March 2014. Similarly, the couple has three children born in May 2016, December 2018, and early 2021 respectively. Their first son’s name is Tripp McCarron, 2nd son’s name is Cash Carter, and they welcomed their 3rd son – Gunnar Cruz McCarron – very recently. 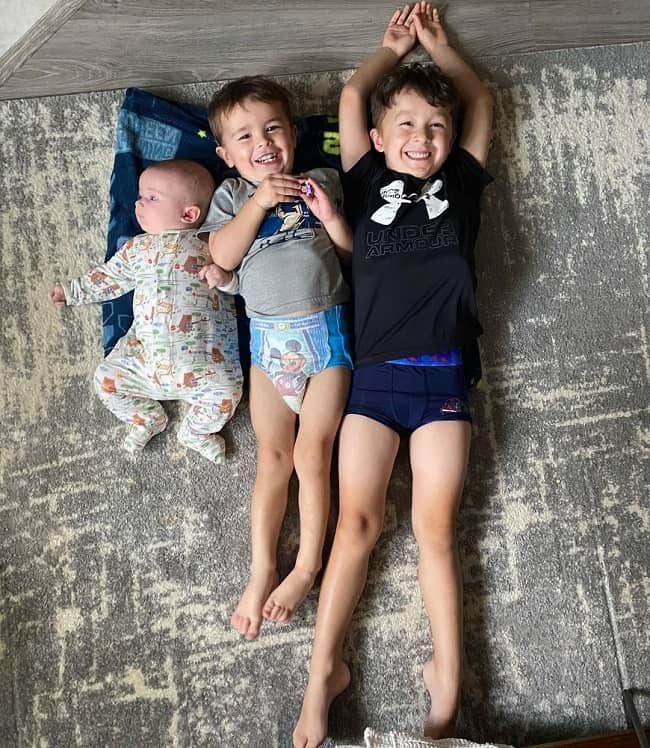 Katherine Webb stands tall at an approximate height of 5 feet 11 inches or 1.8 meters and her weight is around 59 kgs or 130 lbs. She has a chest-waist-hip measurement of 35-22-35 inches respectively. Similarly, the beauty pageant winner has brown hair and mesmerizing hazel green eyes.