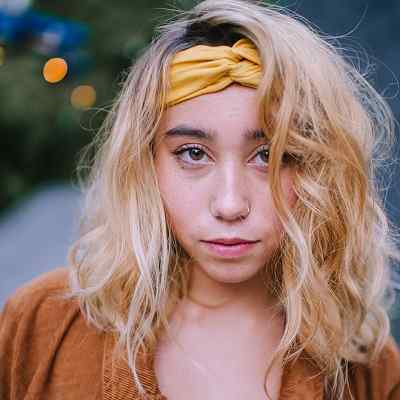 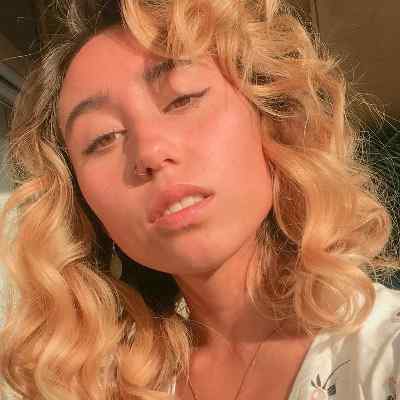 Katelyn Ohashi is an American former artistic gymnast. Katelyn Ohashi has become a four-time member of the USA Gymnastics Junior National Team and was also the 2011 junior national champion and winner of the 2013 American Cup.

Katelyn Ohashi is 23 years old. She was born on April 12, 1997, in Seattle, Washington. Her father’s name is Richard Ohashi and her mother’s name is Diana Ohashi. She has three older brothers named Ryan, Kyle and Kalen.

In 2006, she along with her mother, and the youngest of her brothers, Kalen, shifter to Kansas City, Missouri. After three years later they again moved to Plano, Texas. Likewise, talking about her nationality, she belongs to American citizens. And she is of German and Japanese descent. 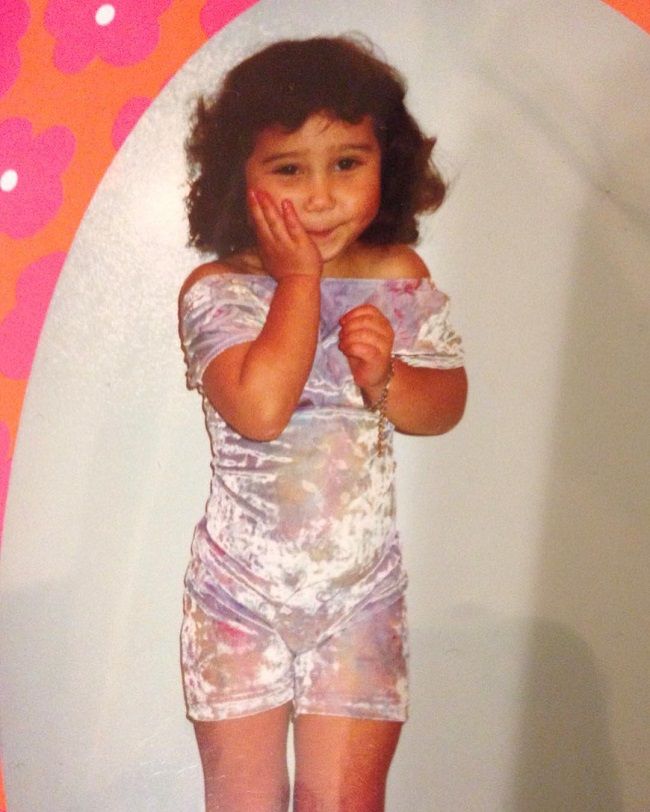 Since a very young age of three, she started gymnastics. She was an avid gymnast and made her debut on the national gymnastics scene, at the 2009 Junior Olympic National Championships at the age of 12.

Moving toward Katelyn Ohashi’s educational background, she attended Spring Creek Academy before graduating from Plano Senior High School in 2015. She is also a former high school gymnast. Then, after high school, she went to the University of California, Los Angeles in the fall of 2015 and majored in gender studies.

During her Uni days, she became very involved with homeless shelters, also creating a fundraiser for Bruin Shelter, a student-run shelter for homeless students at the university. Additionally, she also wrote poetry on body shaming and empowerment, take part in speaking opportunities and volunteering time with Project Heal, a non-profit centered on healing from eating disorders. Currently, she also competes for the University of California-Los Angeles and is a 2 time All American.

Talking about Katelyn Ohashi’s professional life, she started her gymnast since the age of three. In her early career days, she trained with Al Fong at Great American Gymnastics Express (GAGE) in Blue Springs, Missouri.

Ohashi made her debut on the national gymnastics scene at the 2009 Junior Olympic National Championships. She won first place on floor exercise, tied for second on uneven bars, and became fourth in the all-around and tied for seventh on vault. She participated in her first elite meet at the U.S. Classic in Des Moines, Iowa. At that time, she won fourth on the floor in the junior division, tied for fifth on balance beam and became ninth in the all-around.

During the National Championships, she won the bars title, placed third in the all-around and tied for fourth on the floor in Hartford, Connecticut, in July. She became fifth on beam and seventh on vault.

Regarding her 2010-2011 career, she got the junior-division gold medals in the all-around, floor and vault, along with silver medals on bars and beam during the 2010 Bumbo Cup in Pretoria, South Africa, Ohashi. Ohashi has also helped the U.S. win the team competition and won an individual gold medal on the floor in the junior division at the 2011 City of Jesolo Trophy. She placed second on uneven bars and became third all-around, fourth on beam and fifth on vault.

At the U.S. Classic in Chicago, she also won the silver medal on beam with a score of 14.95 and placed for fifth on vault with Kiana Winston (14.55).
At the National Championships, in August she became first and won the title the junior all-around with a total score of 120.95 over two nights, beating Kyla Ross the defeating against the champion.

Ohashi represented the bars title with skills including an el-grip endo to straddled Jaeger, pushed double-double dismounted and a Gienger at Nationals. She won for her beam routine which is one of the most difficult in the world, a standing Arabian, featuring a full-twist back layout. She also won floor with a routine for a piked full-in and a two-and-a-half twist to front full. Likewise, she worked on a double-twisting Yurchenko, on vault and finished fourth.

In March 2013, she won the American Cup, defeating against U.S. teammate Simone Biles. However, she had shoulder surgery, which prevented her from competing for the rest of the year in April. She also said in an interview, she was unsure of her ability at the 2014 WOGA Classic to resume at the international elite level after her injury. She suffered a back injury that required surgery later in the year and did not participate until 2015.

Likewise, she dropped from elite competition back to Level 10 in 2015. Then, she participated only on vault, beam, and floor in her first competition since 2013 which was the Texas Prime Meet. 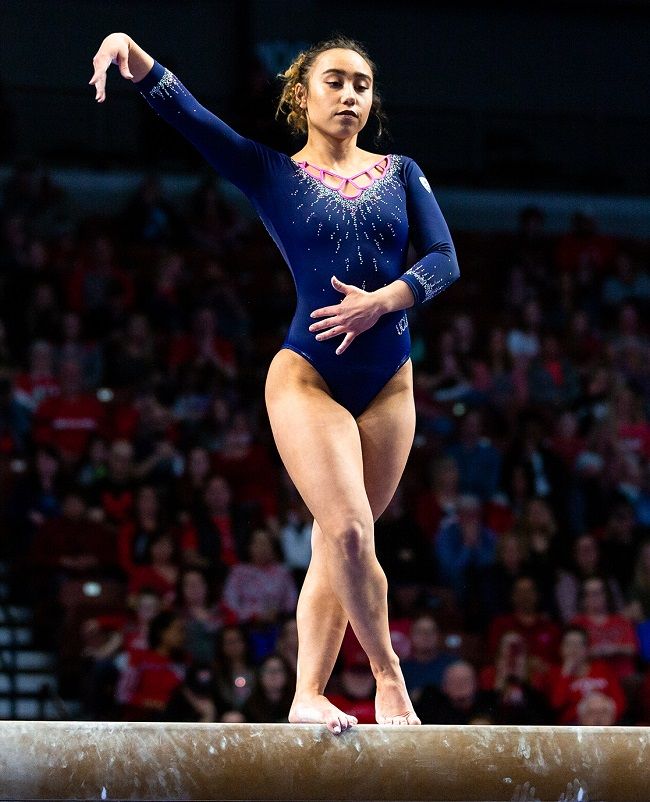 During the 2015-2016 season, she also united with the UCLA Bruins gymnastics team and was the Pac-12 Freshman of the Week four times. Nonetheless, she landed on her neck on her balance beam dismount after the cap of the beam she was performing on fell off in a meet against the Arizona Wildcats. She had a sternal fracture according to tests results an injury that kept her out for four weeks. Likewise, she completed the regular season at No. 1 the following season on Balance Beam and gained two perfect 10s.

During the 2018 season, she made better changes upon her performances from the previous season. She represented three perfect 10s on the floor which was the first of her career and placed her career highs on the Uneven bars, vault and the all-around. She was even titled the PAC 12 specialist of the year after completing the regular season placed first on floor and third on beam.

Speaking on Katelyn Ohashi’s earnings, she is a talented and famous gymnast who has earned the sum of good money from her profession. However, she has not disclosed her annual salary as well as net worth officially. But some online resources has an estimated her net worth around $1 million-$5 million. Further, she is living lavishly through her good fortune looking to her social media posts.

Reflecting on Katelyn Ohashi’s relationship status, she seems to be single currently. Her relationship status is not disclosed at the moment in limelight. She is currently more focused on her career rather than involving in relationships. Furthermore, there is also no information regarding her past affairs in social media. She also does not post any pictures of her hanging out with her guy friends. Nonetheless, this beautiful and talented gymnast might surely date a handsome hunk in the coming future. As of now, she might be single.

Katelyn Ohashi received lots of body-shaming comments and also had body image problems. She has been a recipient of body shaming insults. She has also sustained mental health counseling, which she described as being “crucial in my growth as a person and my mental health.” However, reeling from scandal, gymnastics rediscovers her joy at UCLA.

Furthermore, she has not been engaged in any kind of controversial acts in her personal as well as professional life. Likewise, she has maintained a clean image over her professional zone and social media sites.

Bold and beautiful Katelyn Ohashi has a very charming personality. Looking at her body physics, she stands a good height of 5 feet 1 inch. and weighs around 48 kg. Likewise, she has a pair of light brown eyes and has black hair color. She wears the 33B bra size. Her shoe size is 5 (US). Moreover, her body measurements are 34-24-35 inches. 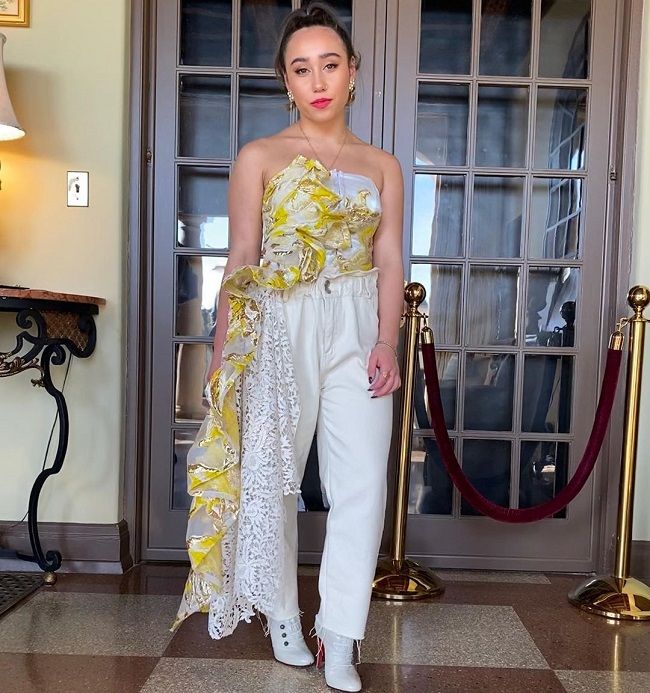 Moreover, she also has created her TikTok account where she has gained around 4416 followers with 12.3K Likes. Additionally, she runs a Youtube channel with 428 subscribers and growing.