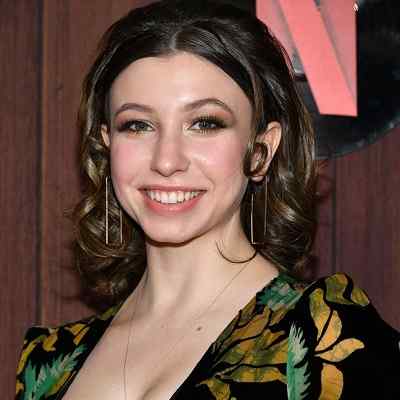 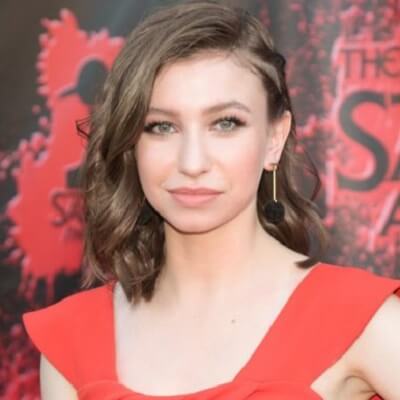 Katelyn Nacon is 22 years old. She was born on June 11, 1999, in Atlanta, Georgia under the astrological sign Gemini. Her birth name is Katelyn May Nacon. Likewise, her father’s name is Mark Nacon and his mother’s name is Natalie Nacon. She has one sibling, a brother named Chris. 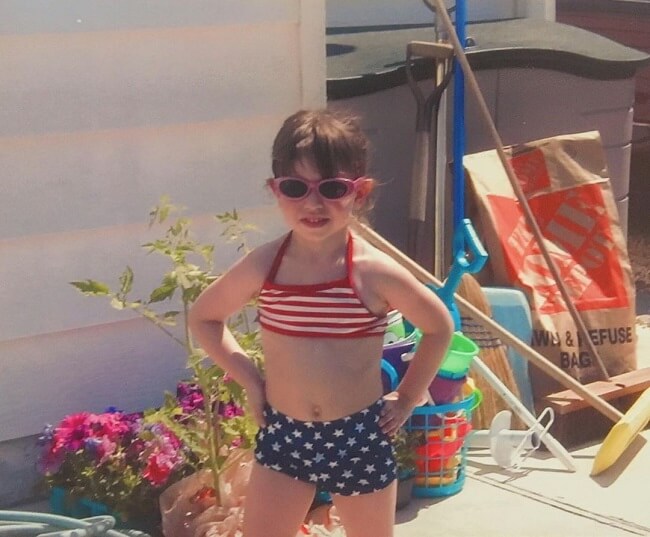 Moving toward her educational background, she attended Woodstock High School in Woodstock, Georgia. She took numerous drama classes when she was young and even took part in some drama activities while in school. This led her as a talented actress as of now.

At the age of 3, she also attended Woodstock School of Ballet, in Canton, Georgia where she took dancing lessons for several years as well. She has also acted in ‘Metro Atlanta musicals such as ‘Annie,’ ‘The Music Man,’ ‘Joseph, and The Amazing Technicolor Dreamcoat,’ and ‘Hairspray.’

Moving toward Katelyn Nacon’s professional life, she is an American actress who gained fame on the #1 cable television show, AMC series, The Walking Dead. She portrays the quiet and mysterious teen Enid, whom Carl meets shortly after arrival in the safe zone of Alexandria.

By the age of 13, she had decided that she wanted to make acting her career. Then she started attending metro Atlanta and Los Angeles classes, camps, and workshops where she got the opportunity to work with industry experts. It cultivates her acting talents and raw desire to perform into an absolute passion. In 2013, she landed her first debut role in a locally produced industrial film Loving Generously. In this film, she portrayed a supporting role as the teenage daughter Megan.

In the following year, she made appearances in other movies like ‘Second Chances’ as Cami and ‘Psychology of Secrets as Patti. In 2014, she landed her first national television appearance as a co-star on ABC’s Resurrection. She portrayed a town teenager who spied on the main character, Jacob in the show. Likewise, she also acted in a movie named ‘Another Assembly’ in the role of Mya in 2014.

Moreover, she also gained worldwide attention in the same year on Cartoon Network Adult Swim’s Too Many Cooks as Chloe Cook. Her featured episode quickly went viral on YouTube. In 2015, she made a debut in her first series called ‘The Walking Dead.’ From 2015-2019, she performed for five seasons (in seasons 5, 6, 7, 8, and 9) of ‘The Walking Dead. In season 5, she appeared in a guest role, and as a recurring role in seasons 6 & 7. Similarly, as of season 8, she acted in the main lead role.

In 2015, Nacon released her first music album EP Love in May. The album includes five tracks, which she wrote personally. In 2016, she made an appearance on another television show called ‘[email protected]’ where she played the role of Elisa Brown. She appeared in the main role from 2016-2018.

In 2017, she made a guest appearance on a television show called ‘Talking Dead’ where she acts herself. Additionally, in 2019, she appeared in the Tv show Light as a Feather. She performed in the main role of Sammi Karras for season 2. 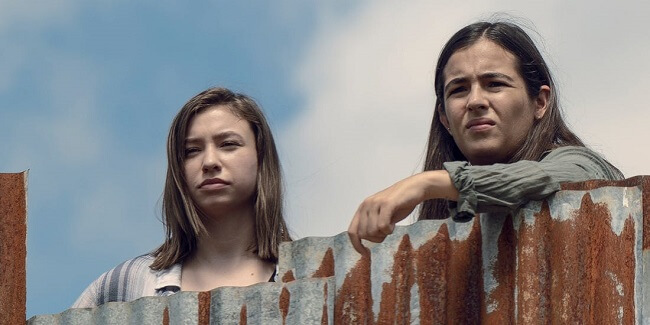 Caption: Katelyn Nacon on her character with The Walking Dead with her co-star (Source: Insider)

This young and talented actress Katelyn Nacon has presented her worthy role in the Tv industry and more to grow in the future. However, she has not received any awards yet since she started her acting career in 2010. In 2016 and 2017, she earned nominations for the same award under the category Best Performance on a television Series- Recurring Teen Actress in Young Artist Awards for her role in ‘The Walking Dead.’

Speaking on Katelyn Nacon’s earnings, she is an American Tv actress who has accumulated a decent sum of money through her work in the entertainment industry.  Therefore, her estimated net worth is around 1.3 million dollars. She has gathered her good fortune from her several acting in ‘The Walking Dead,’ ‘[email protected],’ ‘Too Many Cooks,’ and ‘Resurrection.’

Moreover, her net worth is set to continue growing since her fame is still going influential in the acting industry. She has become a role model for countless teenagers who aspire to live a luxurious life like hers. In addition to this, her beautiful posts on Instagram reflect the lavish lifestyle that she is living through her good fortune.

Reflecting on this 21-year-old actress Katelyn’s personal life, she seems to be single currently. Though she has become famous on media sites, she has managed to keep her personal life private and away from the limelight. There is no report of her affairs or the guy she has dated. However, there was a rumor about her dating their fellow co-star, Chandler Riggs previously. Though she has not made any comment concerning the rumor. Besides that, her charming and attractive personality has attracted many guy fans toward her and has a crush on her. 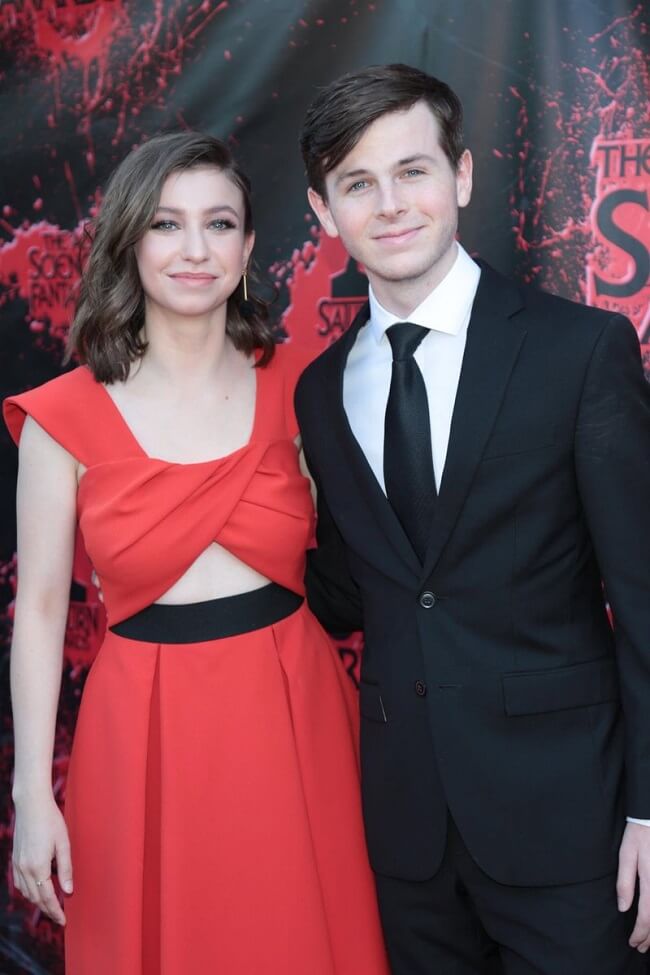 Caption: Katelyn Nacon posing for a photo along with her co-star (Source: Twitter)

Moreover, her hobbies are singing, cheerleading, songwriting, dancing, horseback riding, and jumping rope. She likes the white color. She loves dogs and cats and her favorite food is chocolate and pizza. Her favorite pop singer is Justin Bieber. Ans she loves to read the book named The ‘Handmaid’s Tale.’

Furthermore, being a young actress in the industry she has kept herself away from any kind of controversial acts and scandals in her personal as well as professions. Besides, she has maintained a good profile.

The beautiful young and talented actress has a very charming personality. She measures the body statics 33-26-34 inches. Similarly, she wears a bra of size 32A. She has beautiful brown hair color with attractive bright blue eyes. She wears a shoe size 6 and her dress size is 4 US. Likewise, she stands a good height of 5 feet 4 inches tall and weighs around 49 kg (110 pounds).