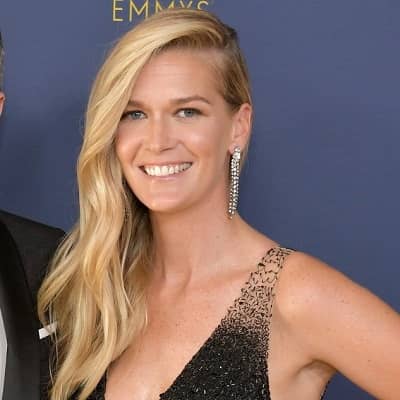 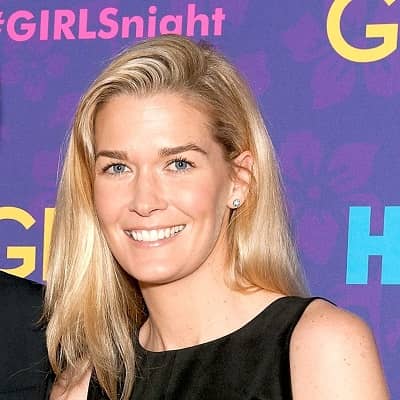 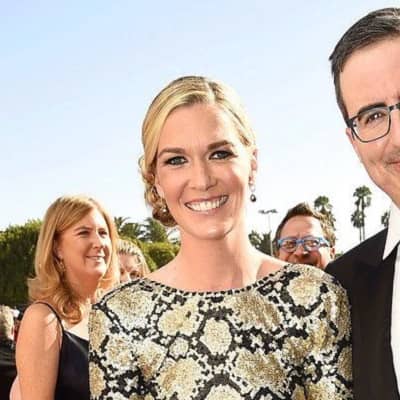 Kate Norley is an American Iraq war veteran who worked as a military medic. Kate Norley is also famous as the celebrity wife of British-American personality – John Oliver.

Kate Norley was born on May 25, 1978, and she is currently 44 years old. She is a native of Arlington, Virginia, and her zodiac sign is Gemini. Talking about her family, her parents are mother Pam Mannion and father Walt Norley. At the young age of 4 years, her parents divorced, and her mother subsequently married Dennis Mannion.

At the young age of 16 years, Kate was involved in an accident that resulted in a severe head injury. This accident was caused by an out-of-control driver who crashed into Kate while she was riding a bicycle. As a result of her head injury, Kate suffered impaired cognitive abilities. Therefore, Kate needed to relearn several components including learning to read and write.

Talking about her educational journey, Kate completed her high school education at Episcopal High School. Following this, Kate joined George Washington University for her higher education. From this university, Kate graduated with a degree in medicine.

Professionally, Kate Norley is a famous celebrity wife of John Oliver. Her husband is a popular British-American multi-talent personality. More precisely, her husband is a comedian, political commentator, TV host, actor, writer, and producer. Likewise, she is also an actress and executive, popular for her work on Tran·si·tions in the year 2009.

Besides being a celebrity wife, Kate is also a retired military medic. The celebrity wife previously enlisted in the Military following the horrors of the 9/11 attacks in the USA. Kate then completed her basic training in Ft. Jackson, South Carolina. Soon after her training, Kate enrolled for medical training and completed it,  at Ft. Sam Houston, Texas.

Kate then joined the 1st Cavalry Division of Fort Hood in Texas. She joined the division as part of the 1st reinforcements. Then in the year 2003, Kate was deployed in Iraq. It was for a period of 16 months. Additionally, Kate started to serve as a combat medic in Fallujah. Kate has experience working as a mental health specialist in Ramadi. Ramadi is where Kate provided counsel to soldiers.

Soon, the celebrity wife specialized in handling combat stress. At the time, Kate was the only female combat stress specialist in the troops. For her amazing work, Kate received the award with a Combat Medic Badge. This was in recognition of Kate’s medical care while the station was under fire. 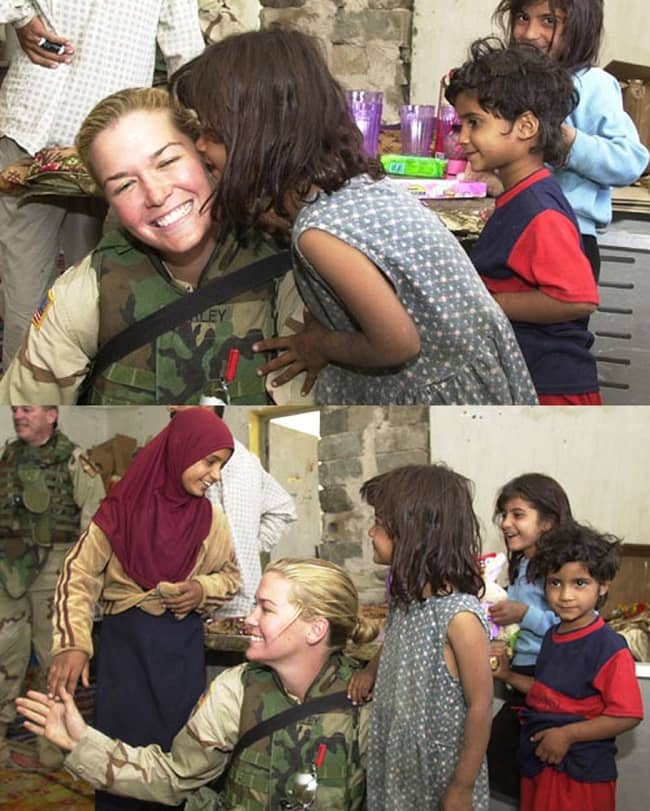 Caption: Kate Norley photographed with the children while working in Camp Blackjack. It is the 1st Cavalry Division’s base located in northwestern Baghdad. Source: Stars and Stripes

Likewise, when Kate’s Iraq stint was about to conclude, authorities honored her for addressing the students of the University of Baghdad about gender equality. After returning from Iraq, authorities assigned Kate to Walter Reed Army Medical Facility in Washington D.C.

Following this, Kate enrolled in George Washington University for a medical degree. Subsequently, the celebrity wife started to work as a veteran’s rights advocate. She worked with Vets for Freedom. This is an organization founded in the year 2006. Moreover, the organization’s aim is to combat terrorism. The organization also supports political candidates who align with their views.

Kate also spoke about gender equality at the Cross-Cultural Solutions Global Summit in the same year. Furthermore, Kate appeared on Fox News. She appeared on the TV to extend her support for more funds for the American Troops. At present, Kate comfortably stays away from the media. 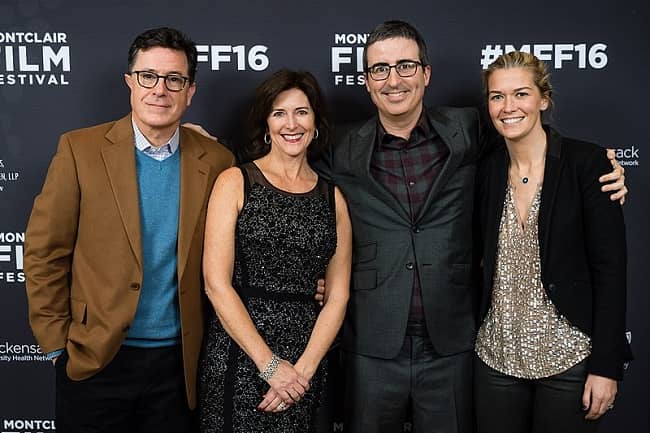 Kate Norley’s husband is John Oliver. Her husband is a famous actor, comedian, host, writer, producer, and political commentator. Kate and John met each other at the 2008 Republican National Convention. At the said event, John was doing a piece for The Daily Show whereas Kate was campaigning with Vets for Freedom.

John and Kate dated each other for 3 years and then had a 15-month-long engagement. The couple then tied the knot in October 2011. Kate shares two children with John. Their 1st child is Hudson Oliver, who was born on November 12, 2015. Their 2nd child’s name is not disclosed yet, but the couple welcomed him in June 2018. Hudson was born prematurely. 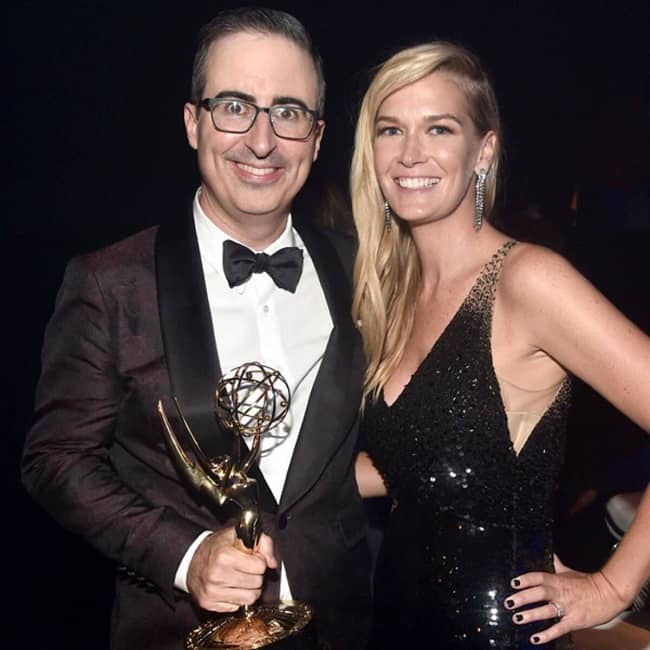 Caption: Kate Norley posing for a photo with her husband and his award. Source: E! Entertainment

Kate Norley stands tall at an approximate height of 5 feet 8 inches and her weight is around 55 kgs or 121.3 lbs. Likewise, the Iraq war veteran’s chest-waist-hip body measurements are 36-25-37 inches respectively. Further, the celebrity wife has blonde hair color and hazel green eyes.