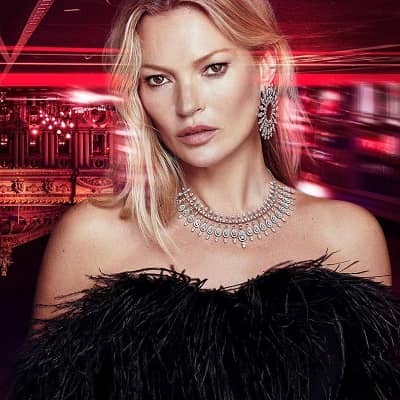 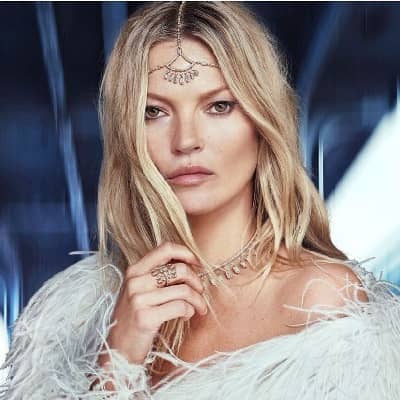 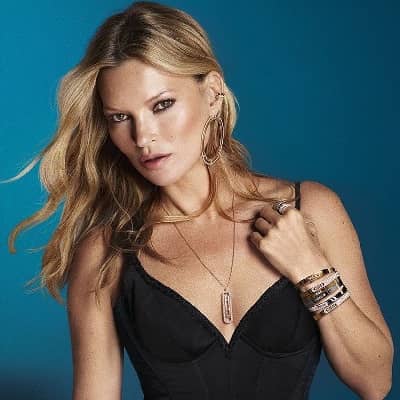 Kate Moss is a model and named one of the most influential people by TIME magazine. Kate Moss was ranked 2nd highest paid model by Forbes.

On January 16, 1974, Katherine Ann Moss was born in Croydon, London, England, UK. She is 47 years old. Her birth sign is a Capricorn and is British. She was born to his father Peter Edward Moss and her mother Linda Rosina. Additionally, her father was an airline employee and her mother was a barmaid. Nick is the name of her brother and her half-sister named Lottie. Moreover, when she was 13, her parents divorced. She went to Ridgeway Primary School. Later, attended Riddlesdown High School. 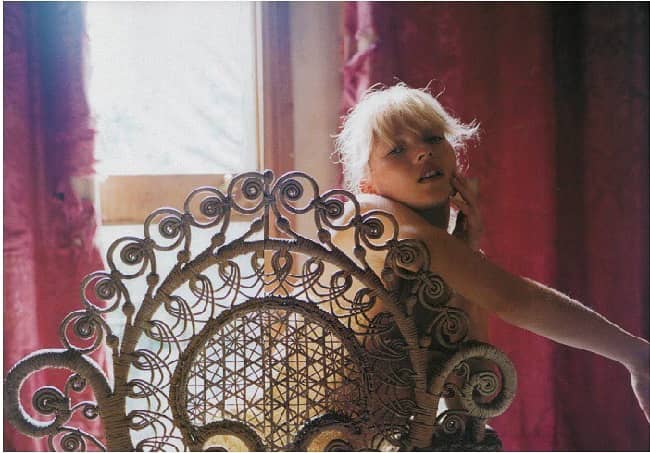 At the age of 14, in 1988, Kate Moss was spotted at the JFK Airport, New York City, by Sarah Doukas. She was the founder of Storm Model Management. Thus, she was the pioneer of the waif look. In 1990, she started her career and posed for black-and-white photographs. She was featured for the British magazine, The Face. She was the face of the brand ‘Calvin Klein, at the age of 18. Later, she was part of the campaign Obsession. 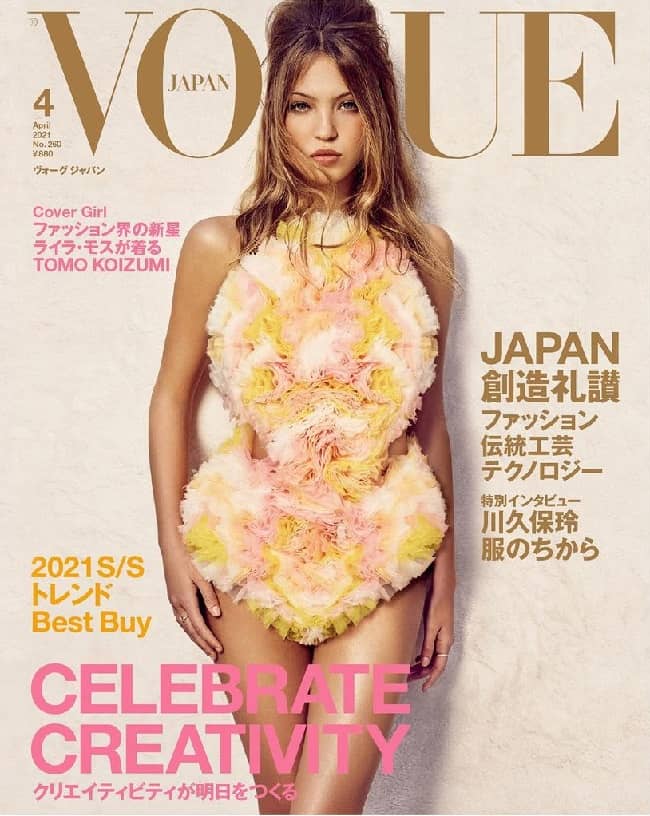 Moreover, she modeled with Mark Wahlberg. The advertisement was the major breakthrough of her career. For the first time, she has featured in the British Vogue magazine, in January 1993. After 2 months, she appeared on the cover of the same magazine. Moreover, she defied all rules and became the anti-supermodel of the 1990s. Besides, walking the ramp, she has appeared on the cover of magazines.
Thus, she has appeared in several English rock bands Oasis’s singles. It also includes Doesn’t Go Away, Fade Away. Later, the 1997 album titled, ‘Be Here Now. In 1999, she was cast in the short film ‘Blackadder: Back & Forth. Therefore, she played the role of Maid Marian. Also, she appeared in fashion magazines in the UK, the US, and France. Like, Vogue, The Face, W, Another Man, and Vanity Fair. In 2003, she was part of a music video titled, ‘I Just Doesn’t Know What To Do With Myself’.

She appeared as a model for the Rimmel London mascara, in 2005. Finally, she made a comeback to modeling after a cocaine scandal, in 2006. Future, that year, she bagged over 18 major modeling contracts. In 2007, she released her own collection for ‘Topshop’, a woman’s clothing line. Later, she collaborated with Coty,  in the year 2007. It is a line of global beauty products. Therefore, in 2010, she collaborated with Longchamp.
It is a French luxury leather goods company that has a unique collection of handbags. Previously, she had been part of their campaigns for over 8 seasons. In 2011, she was the brand ambassador and face of the fashion retailer, Mango. In 2012, she was part of a song titled White Light song of George Michael. Likewise, she also performed at the 2012 Olympic Games with Naomi Campbell.
In the 2012 spring/ summer collection, she was the brand Supremes’ model. In 2013, she and Rihanna posed for a cover shoot for the ‘V magazine’. The net worth of her is $80 million dollars. Kate was awarded the ‘Fashion Personality of the Year award, in 1995. Later, she received the Fashion Icon award, in 2005. In 2007, she received the Sexiest Woman NME Award.

Previously, Kate Moss was married to Jamie Hince. He is the guitarist of The Kills. On July 1, 2011, they got married at St Peter’s Church. Unfortunately, they split in 2015 and officially divorced in 2016. Later, she began dating Count Nikolai von Bismarck. 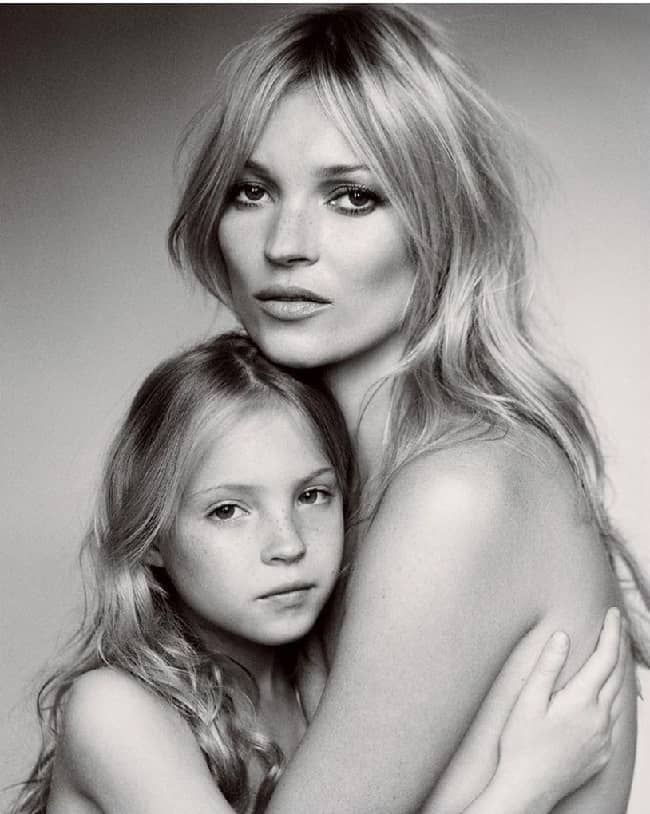 Before, she also dated Mark Whalberg, in 1992. Later, she was in a relationship with Mario Sorrenti from 1993-1994. Moreover, she dated Johnny Depp for 4 years. In the 1990s, she was in a relationship with John Kennedy Jr. And, she was seriously dating Jefferson Hack. In 2002, they were blessed with a daughter named Lila Grace Moss-Hack. In 2004, she had an affair with Daniel Craig. Moreover, she also dated Pete Doherty from 2005-2007.

H&M, the Swedish fashion retailer dropped her from the campaign. It was because of her drug allegation, in September 2015. She was slammed for her party lifestyle and use of drugs. Later, in 2005, that led her to drop the fashion campaigns. Additionally, she resumed modeling after the charges are cleared.

Kate Moss stands 5 feet 7 inches tall (170cm/ 1.70m). And, her weight is bout 55 kg. Additionally, her body measurement is (breast- waist- hips) 34-23-35 inches respectively. She wears a shoe size of 7 US and a bra size of 34 A. She has blonde hair color and hazel eye color. She only has an Instagram account with 1.2 million followers.