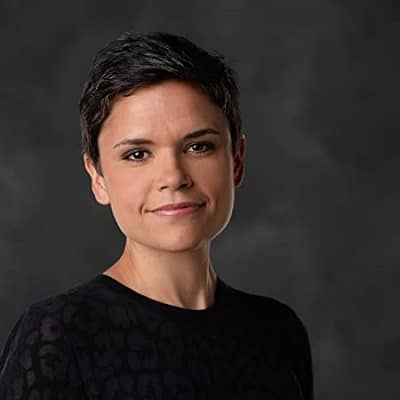 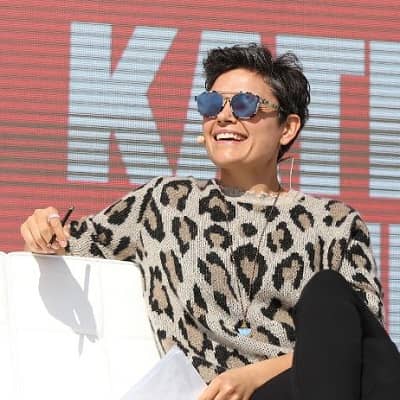 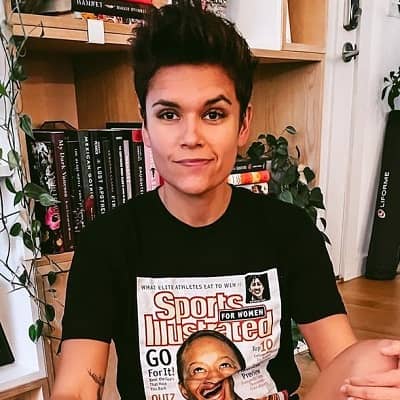 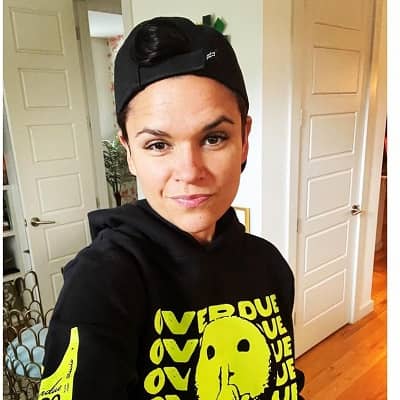 Kate Fagan is an American author, reporter, commentator, journalist, and advocate. Kate Fagan is famous for being the co-host of the podcast ‘Free Cookies’ and writer of three books.

Kate Fagan was born on 15 November 1981 and she is currently 40 years old. Her full name is Kathleen Elizabeth Fagan. Likewise, she hails from Warwick, Rhode Island, and her zodiac sign is Scorpio. Talking about her education, she attended Niskayuna High School in Niskayuna, New York. There, she was the school’s all-time leading scorer in basketball.

For her further education, she went to the University of Colorado at Boulder. There, this personality lettered in basketball. Moreover, she graduated from this institution in the year 2004 and earned a Bachelor of Science in Communication. Also, she suffered a foot injury as a freshman. However, after recovery, she rebounded and was among the team’s best shooters and scorers.

Talking about her family, her father is Chris Fagan and her mother is Kathy Fagan. Moreover, her father played professional basketball in Europe. This was the case until her father opened a financial investment company. On the other hand, her mother was a sales representative for McGraw-Hill. 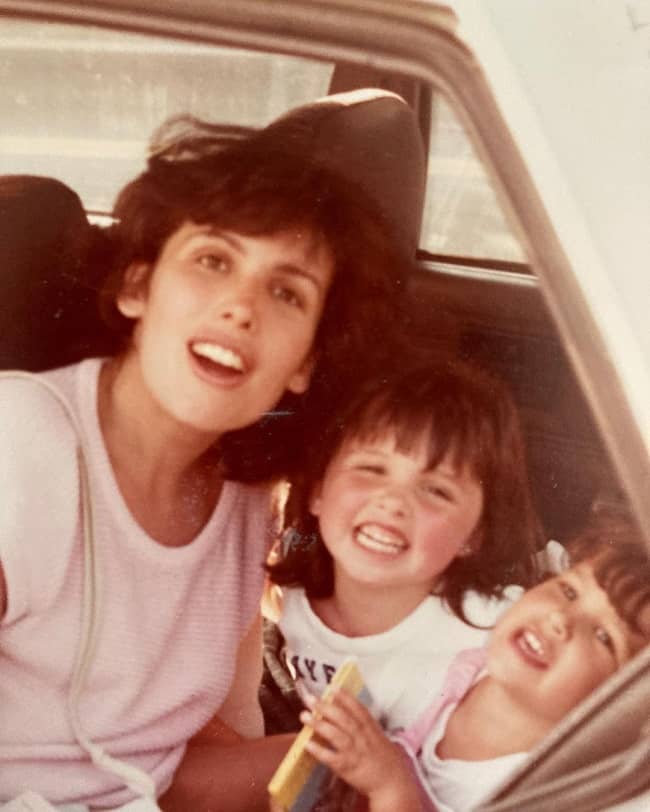 Caption: Kate Fagan in a childhood photo with her mother. Source: Instagram

Professionally, Kate Fagan is an Emmy-award-winning sports journalist, reporter, commentator, author, and ALS advocate. People recognize her as a former employee of ESPN. Prior to her career with ESPN, this personality worked as the Philadelphia Inquirer’s beat writer for the NBA’s Philadelphia 76ers. At present, she works for Meadowlark Media

While attending the University of Colorado at Boulder, she played basketball and also rebounded as one of the team’s best shooters and scorers. As such, this personality set a Big 12 Conference record. She did this when she made 44 consecutive free throws during the 2002-03 season. Additionally, this college player became a perennial First-Team Academic Big 12 performer. Also, this player played two seasons with the Colorado Chill of the National Women’s Basketball League (NWBL).

Moreover, in the year 2006, this personality started off her professional career as a sports editor. As such, she started with Ellensburg Daily Record. After a year, this reporter moved to the Glens Falls Post-Star. With the Glens Falls Post-Star, she worked as a sportswriter. Then from 2008 to 2011, this personality was on the staff of the Philadelphia Inquirer. When working here, this reporter was the Philadelphia 76ers beat writer.

Likewise, she started working with ESPN in the year 2012. While working here, this reporter also made regular TV appearances on Around the Horn and First Take. The record as of 18 January 2018 was this personality’s 36 wins on Around the Horn.

Moreover, this commentator was the co-host of The Trifecta with Spain, Jane, and Kate. Her co-host for this show was Sarah Spain and Jane McManus. Also, this program aired on espnW. She also worked in Will and Kate for which her co-host was Will Cain and it aired on ESPN Radio. 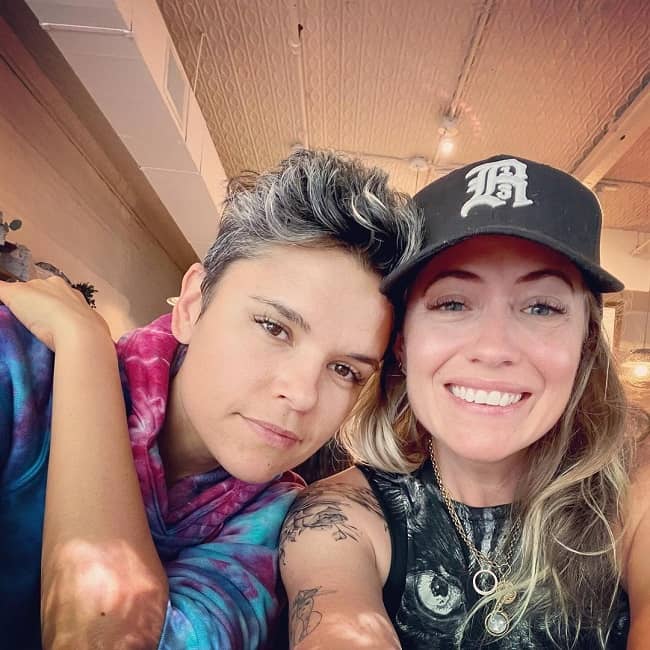 Caption: Kate Fagan posing for a photo with her wife. Source: Instagram

This reporter’s piece Owning the Middle is a profile of basketball player Brittney Griner. It was for ESPN The Magazine. Glenn Stout selected this piece for inclusion in their “Notable Sports Writing of 2013”. Then in May 2017, this reporter began a podcast on ESPN called Free Cookies. For this program, she worked alongside Kathryn Budig. However, she left ESPN at the end of 2018.

Similarly, this personality is a regular on the 538 podcast – Hot Takedown. Then in the year 2014, this reporter authored The Reappearing Act: Coming Out as Gay on a College Basketball Team Led by Born-Again Christians. She then published her work through Skyhorse Publishing. This is a memoir that chronicles her experiences on the Colorado women’s basketball team.

She then authored her 2nd book called What Made Maddy Run. This made her the #1 New York Times bestselling author. Also, this book was a semi-finalist for the PEN/ESPN Award for Literary Sportswriting.

This book is about Madison Holleran who is a University of Pennsylvania track and field athlete. Sadly, Madison took her own life in the year 2014. Fagan released this book on 1 August 2017. Moreover, this book delves into the pressure young women face in regards to social media, specifically Instagram. Additionally, this writer brings to light the disparities between Madison’s depressive reality and the fun and filtered photos that she posted on Instagram.

She then released her 3rd book on 18 May 2021 titled All the Colors Came Out: A Father, a Daughter, and a Lifetime of Lessons. This book examines Fagan’s father’s lifelong love of basketball. It also explores how this sport guided her through life, her relationship with her father, and his death. 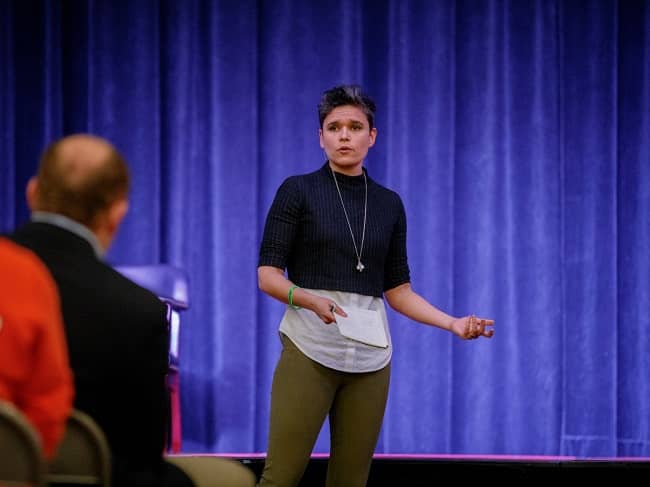 Kate Fagan is a happily married woman. Moreover, she is also an openly gay person (lesbian). Her wife is Kathryn Budig and they tied the knot on 4 October 2018. Her wife is a yoga instructor/teacher and author. Moreover, this couple is a co-host of Free Cookies. It is a Webby Award-nominated podcast. Moreover, they reside in Charleston, South Carolina, along with their two pet dogs. 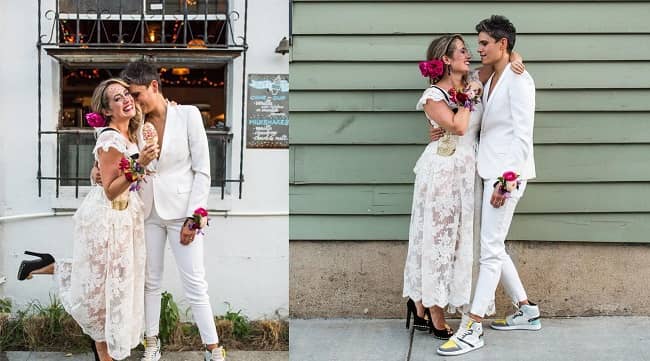 Kate Fagan stands tall at an approximate height of 5 feet 9 inches and her body weight is around 64 kgs. Other than this, this personality’s other body measurement details like her dress size, shoe size, chest-waist-hip measures, etc. are still under review. Moreover, this author has dark brown eyes and hair of the same color.

Talking about her social media presence, Kate Fagan joined Twitter in June 2009 and so far has over 61.9K followers on her @katefagan3 account. Likewise, her username on Instagram is @katefagan3. On this platform, she has more than 38.6k followers. We can also mail her at [email protected] for inquiries.