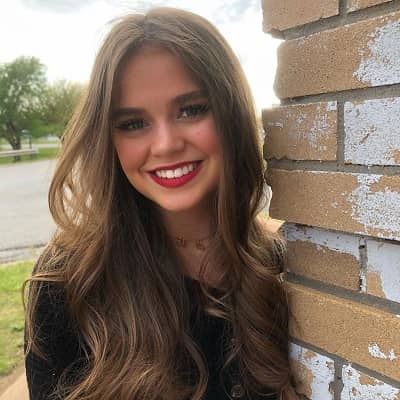 Karsen Veazey was born on October 26, 2001, and she is currently 20 years old. She hails from Oklahoma, and her zodiac sign is Scorpio. her mother is Carey Smith and she often features on her Tiktok videos. Other than this, there are no further insightful details regarding her other family members. She also has yet to share insightful information regarding her educational journey. 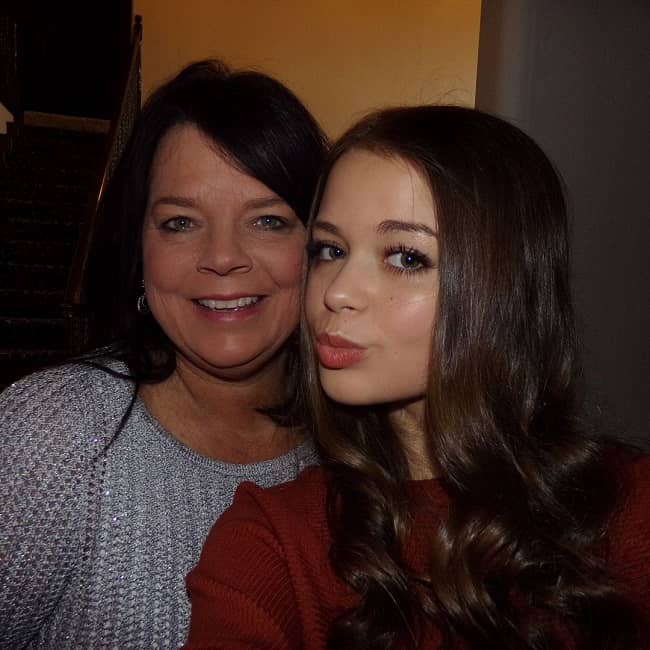 Caption: Karsen Veazey posing for a photo with her mother. Source: Instagram

Professionally, Karsen Veazey is a social media personality. She is primarily a Tiktok star popular for her short-form lip-sync and comedy content. She is also the content creator on this app who rose to fame through her @karsenveazey account. Further, she videos have received more than 15 million likes on this lip-sync video-sharing platform.

Prior to her internet fame, she was a competitive cheerleader throughout her youth. Moreover, she has also shared several original song performances and played guitar in her videos as well. Also, the young social media star has also included her mother in many of her Tiktok videos. Karsen’s mother helps her prank people in the car. Similarly, Karsen created a TikTok set to Ne-Yo’s song Because of You.

Talking more about her, her parents got divorced when she was only 3 years old. Moreover, she has been back and forth with both her parents equally. When she was around 6 years old, she started gymnastics, little league cheer, and tumbling. Further, the young lady has also been into music for as long as she can remember. The young star also began playing piano when she was 6 years old and guitar at 11 years old. 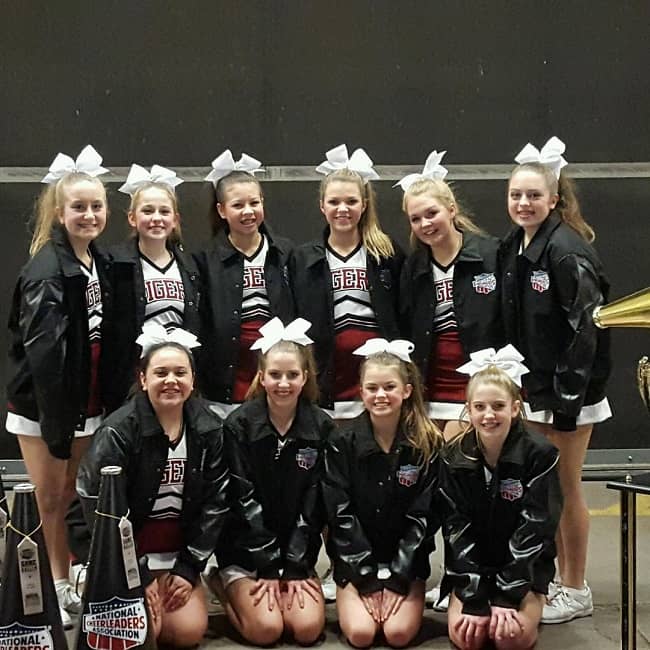 Caption: Karsen Veazey posing for a photo with the cheer team at her school. Source: Instagram

She moved to Tuttle, Oklahoma at the beginning of second grade. The young lady was then involved in school cheer for a few years while at Tuttle. Later, she again moved to Yukon for her freshman year of high school. During her freshman year, she was diagnosed with an autoimmune disease called “ulcerative colitis”. It is a long-term condition. This disease results in inflammation and ulcers of the colon and rectum.

Furthermore, at the beginning of high school, she had a few true relationships that ended in heartbreak. This heartbreak inspired she to write several of her original songs like Waiting, Don’t Even Say A Thing, etc. Similarly, she enjoys working out, writing music as well as singing, and being with her pets.

Moreover, she loves rain so much that she wishes it would rain every single day! Also, she has written music for those who are hearing impaired. Her favorite season is Spring and her favorite drink is root beer.

There is no verified information regarding Karsen Veazey’s relationship status and love affairs. The young star might be single and more focused on her social media and singing career. Or she might be in a relationship but likes to keep her personal life away from the public. 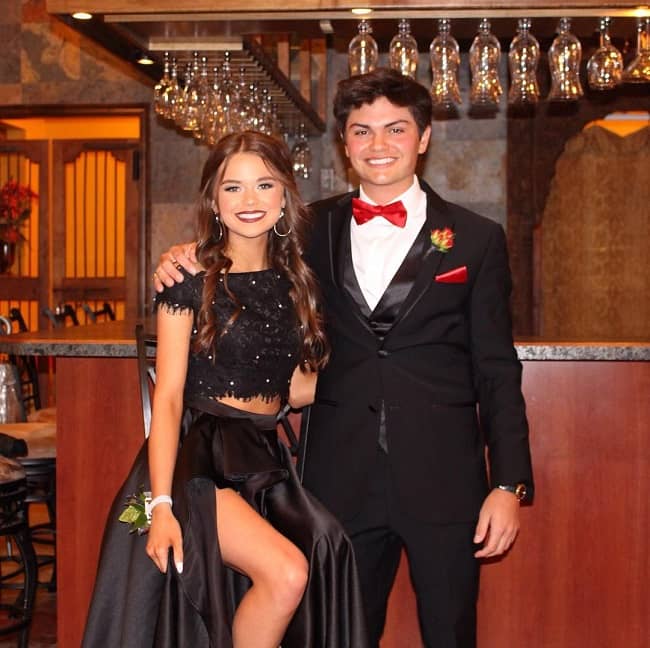 Caption: Karsen Veazey posing for a photo with her prom partner. Source: Instagram

Karsen Veazey stands tall at an approximate height of 5 feet 1 inch. Other than this, there is no further information regarding her other body measurement details including her weight, chest-waist-hip measures, dress size, shoe size, etc. Moreover, she has hazel eyes and brown eyes.

Talking about her social media presence, Karsen Veazey joined Twitter in July 2015 and her username on this platform is @karsenveazey. Likewise, she goes by @karsenveazey on Instagram. While writing this biography, she has shared exactly 19 posts and earned more than 47k followers on her personal account.

Furthermore, she is also available on Facebook under the username @karsenveazey since September 25, 2019. She is also available on Tiktok. Likewise, She has garnered more than 711.4K followers and over 18.1 million likes on her @karsenveazey account. She also created her Youtube channel on July 22, 2013. So far, this channel has earned over 8.2 million views and 19.3K subscribers. The young star also has a personal account on SoundCloud.