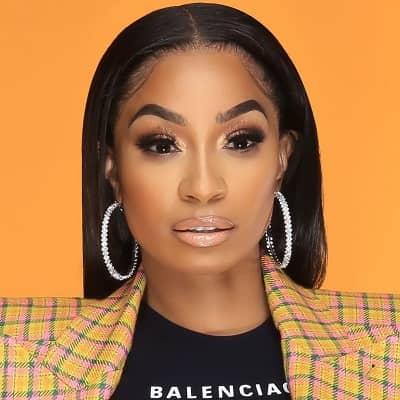 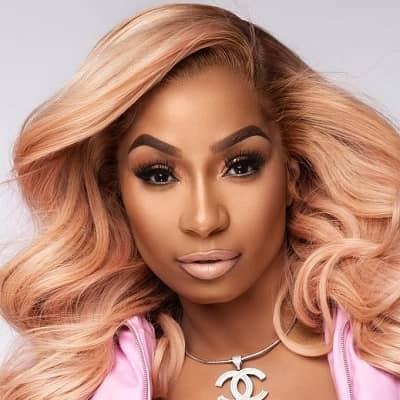 Karlie Redd is a well-known American television personality, rapper, model, and actress. Karlie Redd is best known for her role as a main cast member on VH1’s reality show “Love & Hip Hop: Atlanta”. Similarly, she has established herself as one of the hottest and most popular TV personalities in her decade-long career, which includes work as a model and dancer.

Karlie Redd was born in New York City, New York, United States, on April 15, 1974, and is currently 47 years old. Karlie Lewis is her given name. Her country of origin is the United States of America. Lewis is of African-American ancestry, and her zodiac sign is Aries. Similarly, she was raised in Trinidad and New York by her mixed-ethnic parents. Her mother was Trinidadian and an African-American father until she permanently settled in New York at the age of 12.

She attended The Harlem School of the Arts in New York as a child before enrolling in Alvin Ailey American Dance Theater classes. She went on to pursue a career in the entertainment industry after graduating from the theatre program. Likewise, she had such a passion for modeling and dancing that by the age of 16, she had already completed over 40 projects, including commercials, movies, and modeling assignments. She accomplished a lot in the entertainment industry in a short period of time during her teen years.

Karlie Redd’s career began in 2001 when she was cast as herself in the film “Black Spring Break 2”. In 2003, she made an appearance in an episode of the American sitcom “One on One”. In 2010, she starred in the VH1 reality show “Scream Queens”. Her big break came in 2012 when she was cast as one of the main characters in the VH1 reality show “Love & Hip Hop: Atlanta”. In 2014, she landed her first major motion picture role in Chris Rock’s “Top Five”. She currently has a recurring role on the Bounce TV soap opera “Saints and Sinners”.

Similarly, in 2012, Redd debuted as a singer with the release of her first single, “A Girl Has Needs”. In 2012, she even launched her own hairline, “Redd Remy Hairline”. Furthermore, she owns “Merci Boutique,” a women’s clothing store in Atlanta, Georgia, which she opened in 2015. 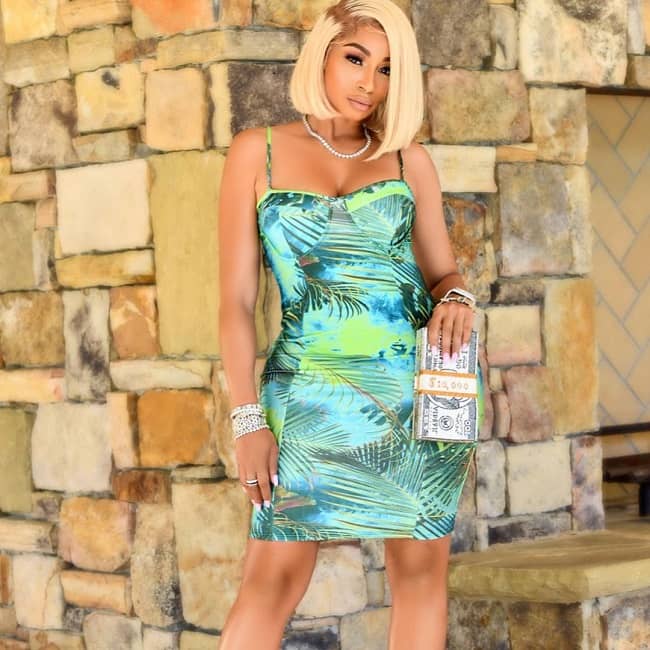 Her professional career as an actress and television personality has paid her well. Her career began as a model for commercial advertisements when she was a teenager, and she has since progressed to become one of the cast members of the VH1 reality show “Love & Hip Hop: Atlanta” in 2012.

Similarly, her earnings are derived from her appearances on television shows, films, and social media platforms. And her net worth is estimated to be around $1.2 million, including her earnings.

Karlie Redd has previously been in relationships with a number of men, but she is currently single. She has a daughter named Jazmine Lewis with her ex-boyfriend Nate Hill, who is currently serving a life sentence in prison. Jazmin, her daughter, is a student at Clark Atlanta University.

She was even in a relationship with Ceaser Emanuel, whom she began dating in March of 2017. In 2019, she made headlines when she announced her engagement to Maurice “Arkansas Mo” Fayne, a businessman. The couple, however, is not together.

Lyfe Jennings, Yung Joc, and Benzino were among her previous boyfriends. Furthermore, her age has always been a contentious issue because she has never publicly stated her exact age. Despite the fact that she was clearly born between 1970 and 1979, she claimed that she was in her late twenties in 2017.

Her divisive response sparked a national debate about her age.