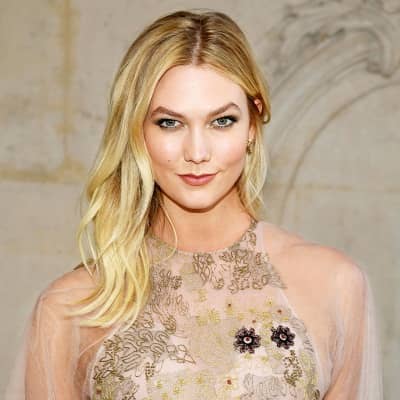 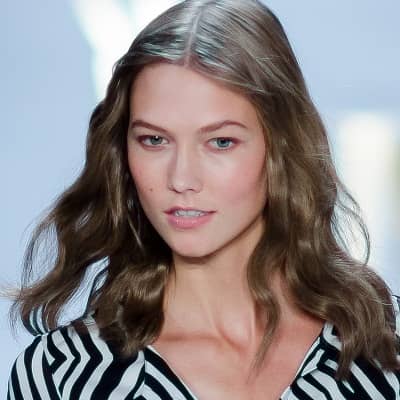 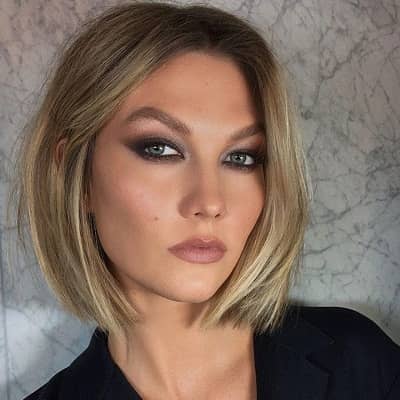 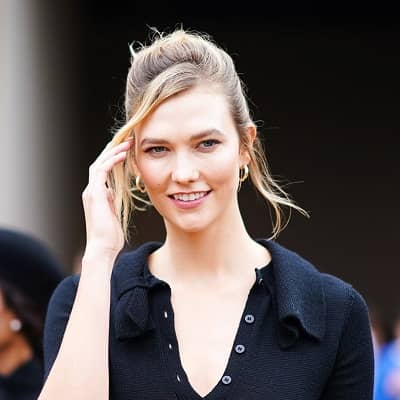 Karlie Kloss is a prominent American supermodel, entrepreneur, as well as a philanthropist. Karlie Kloss is also a 40-time Vogue cover girl. She has walked the ramp for many high-end brands including Victoria’s Secret, Oscar de la Renta, Christian Dior, Alexander McQueen, etc.

Karlie Kloss was born on August 3, 1992, and she is currently 30 years old. She hails from Chicago, Illinois, and her full name is Karlie Elizabeth Kloss. Talking about her family, her mother is Tracy, and her father is Kurt Kloss. Her mother is a freelance director whereas her father is an emergency physician.

Moreover, her family has Danish, German, and Polish ancestry. She also has three sisters namely Kimberly, Kristine, and Kariann. Further, she moved to St. Louis with her family in the year 1994. Then in 2013, her family moved to Goshen, New York to supplement her modeling career.

Kloss stated that her classical ballet training is “a beautiful thing” that taught her how to move in the modeling world and was a great training ground for her runway walk. Regarding her educational journey, she graduated in 2011 from Webster Groves High School in Webster Groves, Missouri. There, she was a cheerleader.

Then in September 2015, Kloss enrolled in the Gallatin School of Individualized Study at New York University. Likewise, she became close friends with fellow models Cara Delevingne and Kendall Jenner. 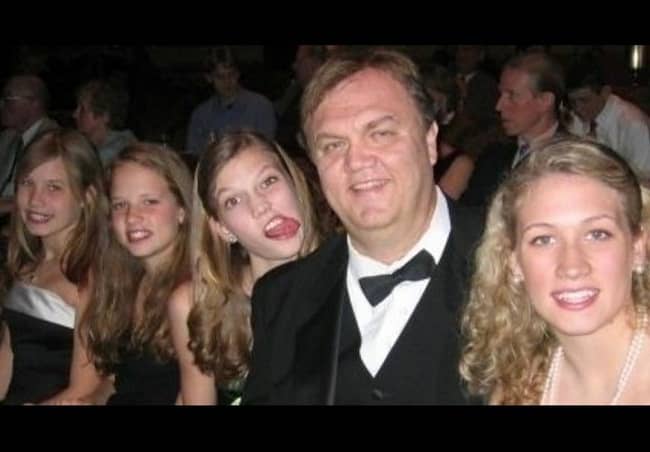 Caption: Karlie Kloss is a childhood photograph with her father and sisters. Source: Instagram

Karlie Kloss is professionally a runway model and former Victoria’s Secret Angel recognized for her powerful walk. Kloss was named one of the top 30 models of the 2000s by Vogue Paris. Moreover, she is a supermodel, entrepreneur, and philanthropist who started her career as a model and has since discovered her passion for technology, entrepreneurship, and storytelling.

When Kloss is not modeling, she spends her time working on her STEAM-focused non-profit “Kode With Klossy”, YouTube channel, Klossy, and supporting the next generation of designers on “Project Runway”. Further, she gained some of her earliest modeling experience with Abercrombie & Fitch as a young teen.

Then in 2011, she signed with “Christian Dior” and appeared in her first Victoria’s Secret Fashion Show. Later, she resigned from Victoria’s Secret to attend New York University. Before this, she was a Victoria’s Secret Angel from 2013 until 2015. Moreover, she loves baking and has a gluten- and dairy-free cookie line called “Karlie’s Kookies”. Proceeds from this line go to FEED Projects. 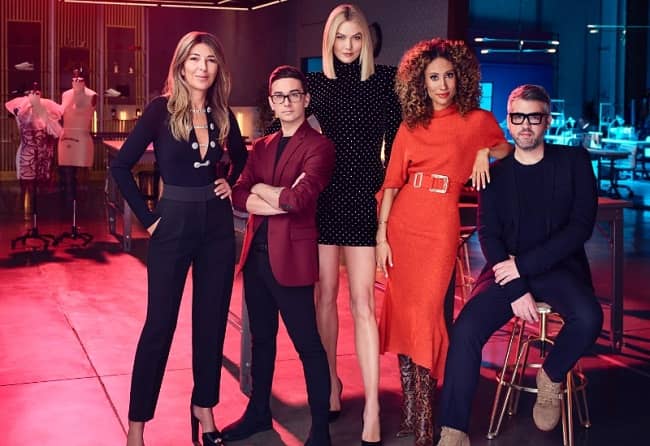 A talent agency discovered her at a local charity fashion show in 2006. Her fashion career quickly took off after walking in her first show for Calvin Klein. She had 64 shows booked during her first full fashion week season.

Since then, Kloss has walked for top designers including Oscar de la Renta, Christian Dior, Alexander McQueen, and Versace, among others. Kloss also stars in several major international campaigns with brands including Adidas, Versace, Dior, Calvin Klein, Carolina Herrera, and Swarovski. She does this as a global brand ambassador for Estee Lauder.

She followed her passion for technology and this led her to take her first coding class in 2014. Inspired by code’s creativity and endless possibility, Kloss launched Kode With Klossy in 2015 to empower girls to learn to code and become tech leaders.

Now in its fourth year, the organization hosts free two-week summer coding camps where girls aged 13 to 18 explore concepts in front-end and back-end software engineering. By the end of this camp, the scholars build their app or website using programming languages including Ruby, Javascript, HTML, CSS, and beginning in 2018, Swift.

In the year 2018, “Kode With Klossy” awarded 1,000 scholarships to 50 free coding camps for young women in 25 cities. This nearly quadrupled its reach from 2017. “Kode With Klossy” also partnered with “Teach For America” to hire and recruit instructors, who were trained in Kode With Klossy’s curriculum to teach the summer camps.

The TIME 100 list recognized her for her philanthropic work as the founder of “Kode With Klossy”. They even featured her on the covers of Fast Company and Forbes for her work to scale the organization. She also recently joined Bravo Media’s Emmy-award-winning series, Project Runway, as host and executive producer for its 17th season, set to air in spring 2019.

Her media and television credits also include serving as the host of Freeform’s six-part series ‘Movie Night With Karlie Kloss’ and as a correspondent in seasons one and two of the Netflix original series ‘Bill Nye Saves The World.’ In addition, she sits on the board of Oath serving as an advisor alongside Oath chair Serena Williams and other industry leaders.

She shares each of these experiences including hosting, modeling, coding, baking, traveling, and more on her YouTube channel “Klossy.” On Klossy, she takes her followers behind the scenes of everything from training for her first marathon to the making of her Met Gala dress to 24 hours of adventuring through Shanghai.

Karlie Kloss is a famous American supermodel, entrepreneur, as well as a philanthropist. She has earned a decent sum of money through her appearance on several ramp walks, brand endorsements, and other additional works. Therefore, Celebrity Net Worth estimates that Kloss has a net worth of $20 million. In 2017, she even became No. 7 on Forbes’ list of the highest-paid models in the world, with annual earnings of $9 million.

Karlie Kloss began dating businessman and investor Joshua Kushner in the year 2012. Joshua is the founder of Thrive Capital and also the brother of Jared Kushner. On 24 July 2018, she announced her engagement to Kushner, one month after she had converted to Judaism (Kushner’s religion). The couple married on 18 October 2018, in upstate New York. Then in June 2019, the lovers had a second wedding celebration in Wyoming. 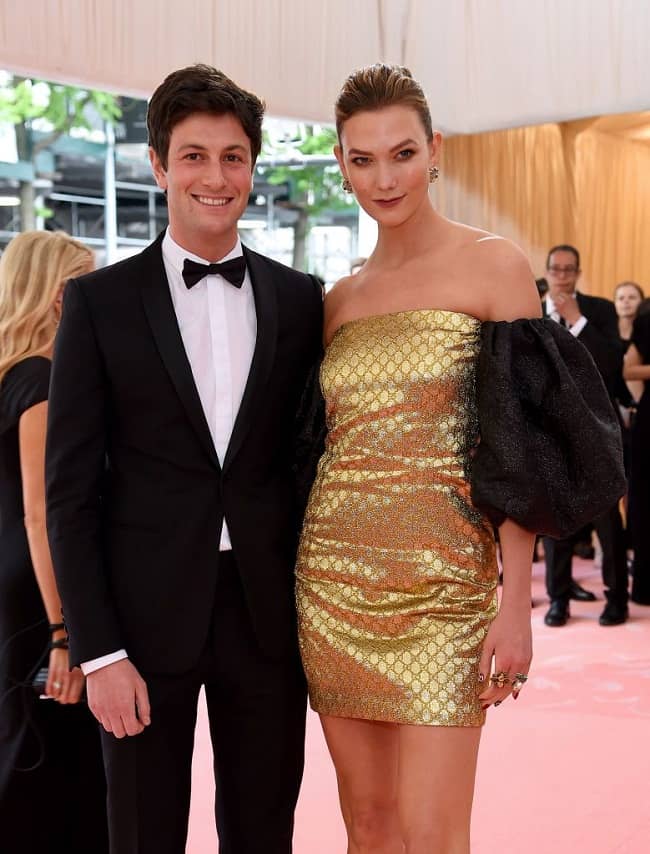 She has been criticized for her relationship with Joshua and Jared Kushner, and by extension to the family of Donald Trump. In response, she stated that she and her husband had voted Democrat in 2016, and would do so again in 2020. She also said that she finds it difficult to be related to Jared Kushner and his wife Ivanka Trump.

She and her husband supported Hillary Clinton in the 2016 United States presidential election. In March 2018, both Kalie Kloss and her husband attended the March for Our Lives event in Washington, D.C. in protest of Gun violence in the United States. She is a feminist and has stated that her decision to leave Victoria’s Secret was partly motivated by her beliefs.

Karlie Kloss stands tall at a height of 6 feet 2 inches or 1.88 meters and weighs around 57 kgs. Further, her chest-waist-hip measures are 33-31-34 inches respectively. She has hazel eyes and blonde hair color. 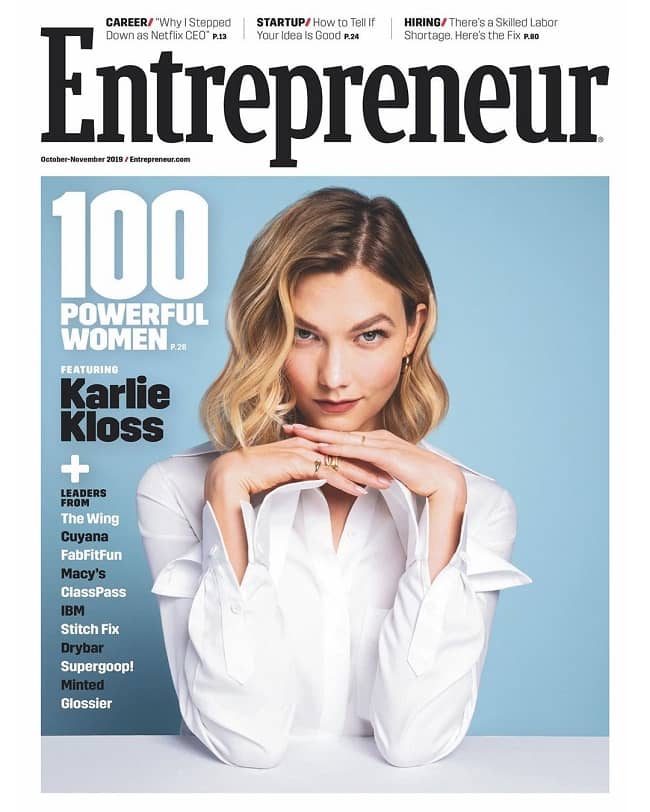 Caption: Karlie Kloss on the cover of Entrepreneur. Source: Instagram

Talking about her social media presence, Kloss joined Twitter in April 2009 and so far has over 5.7 million followers on her @karliekloss account. Likewise, she goes by @karliekloss on Instagram and this account boasts 3,360 posts and shares and 8.7 million followers. She also has an official Facebook account. She created it on November 13, 2013, and so far has over 2.7 million people following her journey.