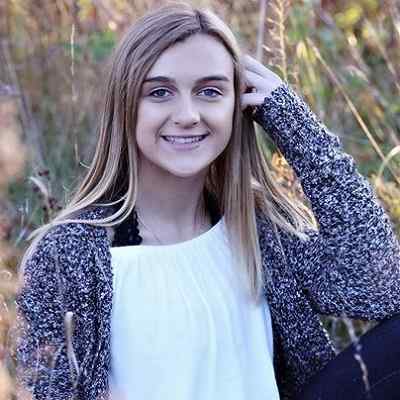 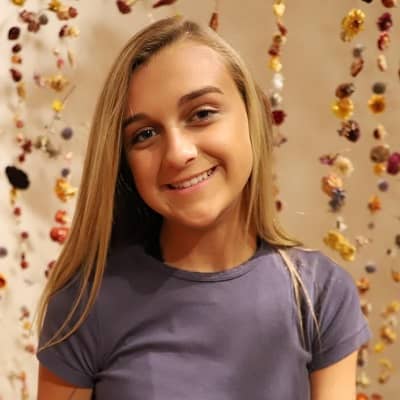 Karli Reese is a famous American YouTube star who initially gained fame through her popular family YouTube channel, Our Family Nest. Karli Reese has a personal, self-titled YouTube channel as well which has gained over 444,000 subscribers.

Karli Reese is 16 years old. She was born on August 5, 2004, in Michigan, the United States of America, under the astrological sign of Leo.  Her father’s name is Ken Reese who is a vlogger who uploads videos about his family life. And, her mother’s name is Candi Grzegorczyk. She also runs the channel Candiland, which is popular for content on topics ranging from parenting to lifestyle and home décor to cooking.

She has three brothers, Andrew, Blake, and Chase, who are all popular YouTubers themselves. All the family members have created their individual YouTube channels. Thus, she was exposed to social media at a young age. They are part of the family channel, Our Family Nest, as well. 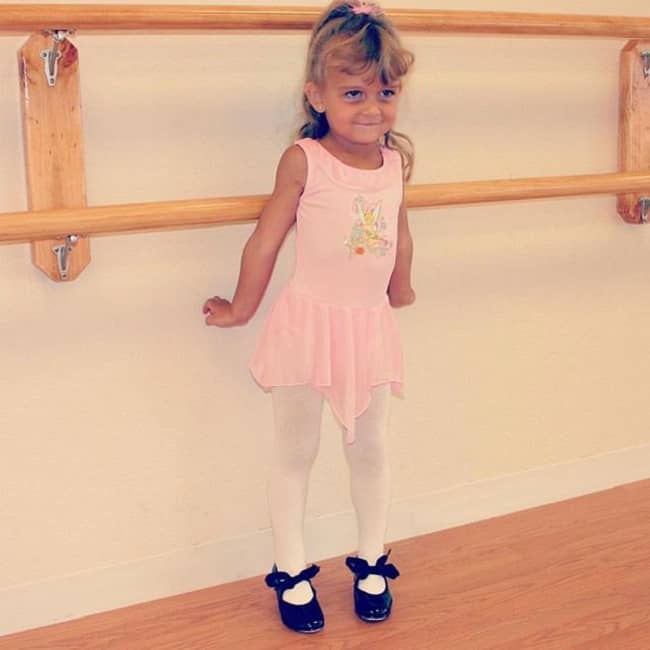 Caption: Karli Reese posing on her dancing dress in one of her childhood photo (Source: Instagram)

Similarly, she grew up in a close-united family is the youngest kid. She actually began creating videos herself when she was just six. At the age of sic, she also started participating in numerous dance competitions so far. She even enjoys gymnastics. She is an animal lover, and she has five dogs and two cats.

Moving toward her educational background, she is currently studying in high school but her school’s name is not disclosed. Moreover, she holds American nationality but her ethnic background is still under review.

Professionally, Karli Reese is an American YouTube star who is part of a famous family channel and even runs a popular self-titled channel. The teen social media personality grew up in a family of YouTubers and started her career as a social media personality early in her life. She is the leading star of her family channel, Our Family Nest, where she often got featured alongside her parents and three brothers. The channel is quite popular and has accumulated over 1.18 million subscribers.

Similarly, she plays a major role in making her family vlogging channel, Our Family Nest. The following channel was created in October 2011. All of her six family members contribute to making videos and uploading them. The channel consists of a wide range of videos, including family vlogs, shopping hauls, toy reviews, recipes, entertaining challenges, travel adventures, DIY projects, content on children’s sports and hobbies, and stories about their pets. They even shared the process of making and decorating their dream home in 2017.

One of the most viewed videos on her family YouTube channel is “CHARLIE CHARLIE PENCIL GAME CHALLENGE.” Uploaded on May 29, 2015, the following video has garnered almost 12,054,631 views. In this video, she and her brother Chase do the Charlie Charlie Pencil Game Challenge for fun.

Some of the other notable videos on the family youtube channel include “We Got New HOVERBOARDS,” “EAT IT OR WEAR IT CHALLENGE – KIDS EDITION,” and “HIP HOP DANCE ROUTINE – LIP GLOSS” with over millions of views.

She has also her personal self-titled YouTube channel as well where she could share videos on topics of her interest like fashion, makeup, dance, DIY projects, and pets. She created the channel on September 19, 2014. The channel has garnered around 444k subscribers and over 45 million views as of August 2020.

One of the most-viewed videos on her channel is “WHAT I GOT FOR CHRISTMAS 2015,” with over millions of views. She has also equally garnered good fame through her Instagram account, where she has amassed 269k followers.

She also has impressive numbers of followers on Twitter, Snapchat, and Facebook. The multi-talented girl she is also a dancer, a gymnast, a singer, and a fashionista. Initially, she was very shy as a child but gained confidence since beginning her YouTube career. She has also participated in several competitive dance program with her group. 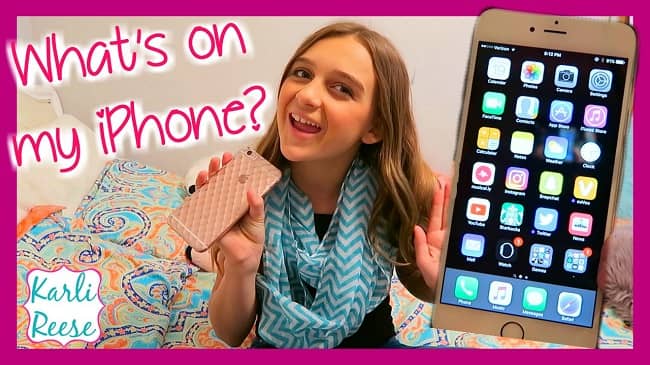 Speaking on Karli Reese’s earning, she is a famous YouTube teen who has earned a decent sum of money through her contribution t0 the YouTube community. Since a part of the famous family youtube channel, Our family nest, the earning equally contributes to her net worth. The family channel has earned over $2.2 million. Moreover, her personal net worth is around $800k. Similarly, she also has her own car and also shared a video titled “CAR TOUR! I Bought my First Car at 15!.” on February 24, 2020.

Reflecting on her love life, Karli is most probably single. Her fans are most eager to know about her relationship status but to date, she has not mentioned her boyfriend. But for fun, on November 2, 2019, the family channel uploaded “Meet my BFF’s BOYFRIEND! ♥♥♥” which found not true and only for fun content. Apart from that, she is very close to her girlfriends and often keeps on sharing photos with them.

Moreover, there is no doubt that her charm has attracted lots of guys of her age attracted to her. She will be obviously dating her perfect match in the coming future. Likewise, her inspirations are fashionista Bethany Mota and comedian/actress Colleen Ballinger.

Apart from that, this teen has kept herself far away from any kind of controversy and negative rumors within her social media presence since the age of six. 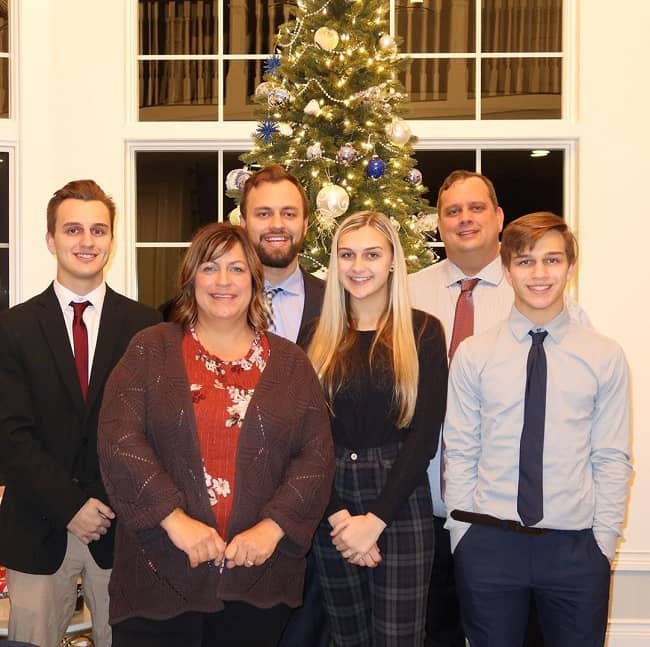 Caption: Karli Reese posing for a photo with her family on the occasion of Christmas (Source: Instagram)

Karli Reese stands a good tall height suiting her age. She has a slim body type. Similarly, she has blonde hair and a pair of blue eyes. Moreover, other than that, there is no detailed information regarding her height, weight, hi[ size, shoe size, etc.