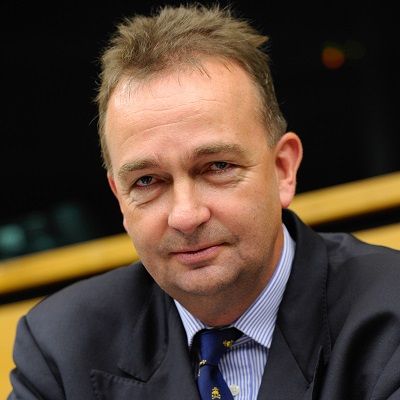 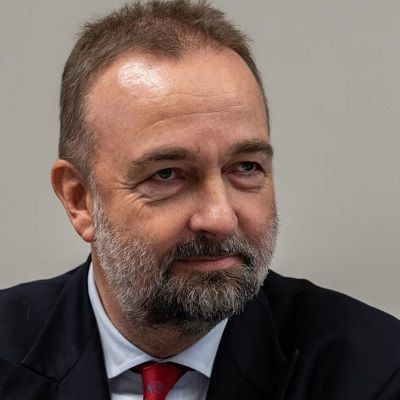 Karl von Habsburg is popular as Karl of Austria and others refer to him by his ancestral titles like Archduke of Austria, Royal Prince of Hungary, Bohemia, and Croatia. Karl von Habsburg is also a politician who currently heads the House of Habsburg-Lorraine. He recently tested positive for the coronavirus that is creating pandemics across the globe. 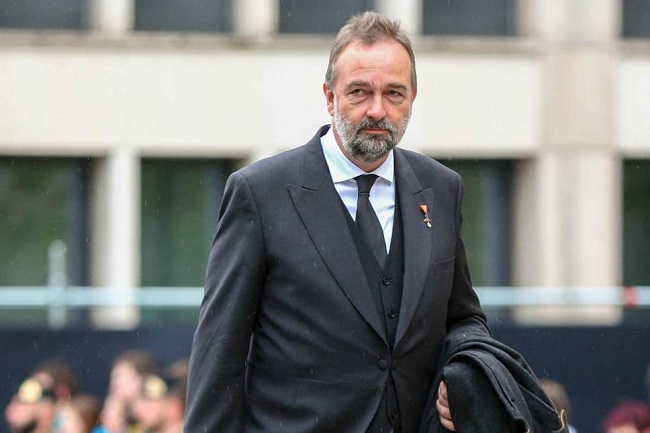 Karl von Habsburg, the Archduke of Austria, tested positive for coronavirus and is being quarantined. The politician who is 59 years old is the head of the House of Habsburg-Lorraine. He is also the grandson of the last Emperor of Austria, Charles I Austria.

He confirmed the news of positive tests for coronavirus to the Austrian TV channel oe24, after he began experiencing symptoms two weeks ago. Further, he insisted he is ‘fine’ and branded the virus ‘annoying’. He also added: ‘It’s not the black plague. The politician thought he had the usual flu and so he added, “I thought it was the usual flu. When a friend called me that he had a positive test at a congress in Switzerland, I was also tested”.

He then praised the Austrian authorities for ensuring panic is not brought in by acting with measures and goals. He has the ancestral titles Archduke of Austria, Royal Prince of Hungary, Bohemia, and Croatia. Moreover, he also revealed the same week that he was experiencing mild symptoms of coronavirus, including a cough, headache, and a little fever. The politician told the news outlet oe24 he was remaining completely alone at home, explaining: “I have a friend who puts groceries at my door every two days.”

“I was at an event in Switzerland ten days ago. There were also many Italians there,” the Archduke of Austria added. He explained how he called the hotline and the following morning, the Red Cross took a sample from him. Following a positive test result, they reserved him a separation notice from the police. They instructed him to self-isolate.

He has three children with his estranged wife Baroness Francesca Thyssen-Bornemisza; model Eleonore, 26, racing driver Ferdinand Zvonimir, 22, and Gloria, 20. At its height of power, the House of Habsburg was one of the leading and most influential rulers in Europe. Charles I of Austria reigned for two years until the abolishment of the monarchy at the end of the First World War.

The news about the diagnosis came after Queen Letizia of Spain was given the all-clear after she was tested for the coronavirus following a kiss on the cheek with an infected government minister earlier this month. A Spanish Royal family spokesman said her husband, King Felipe VI, was also cleared after tests.

The monarchs were tested late the second week of March after it emerged a government minister former journalist Letizia had met recently had been diagnosed with the disease. She shook hands with equality minister Irene Montero at an event in Madrid.

How are things in Spain?

The coronavirus outbreak has affected several royal events, including the postponement of the Monaco royal family’s annual Rose Ball and Queen Mathilde of Belgium’s state visit to Italy. They postponed Queen Elizabeth II’s upcoming visits to Cheshire and Camden because of the pandemic.

They advised Her Majesty remain at Buckingham Palace. Earlier this month the Queen vowed not to let the outbreak stop her from performing her duties and to set an example by ‘keeping calm and carrying on’ until there is ‘compelling advice to the contrary.

Yesterday Prime Minister Boris Johnson warned that all people in the UK, especially the over 70s, should stop all non-essential contact and travel, which is likely to have a major impact on the working monarchy’s royal duties.

A Japanese state visit to the UK, the 75th anniversary of VE Day, Trooping the Colour, investitures, and summer garden parties are just some of the events which are likely to be under scrutiny as to whether they will continue. A Palace spokesman said: ‘We are studying the implications of the new Government advice and its impact on forthcoming events.’

Karl von Habsburg was born in Germany on 11 January 1961. He is 61 years old. They baptized him in Pöcking, Bavaria, as Archduke Karl of Austria (Erzherzog Karl von Österreich), the name entered in the baptismal records. At the time of his birth, his father was de facto stateless and possessed a Spanish diplomatic passport (he had grown up in Spain), while his mother was a German citizen.

Like his father and siblings, he was banished from Austria for the first years of his life. The Austrian Republic was later forced to repeal the banishment of him and his family, which was found to violate their human rights. He has lived in Salzburg, Austria, since 1981. Also, he resides in Casa Austria, formerly called Villa Swoboda, in Anif, near the city of Salzburg.

He also studied law, political science, and philosophy since 1982. Moreover, he enrolled at the University of Salzburg and received a scholarship in 1984 for further studies at Michigan State University. Likewise, he received later an LLM and MBA degrees from IMADEC University in Vienna in 2012. 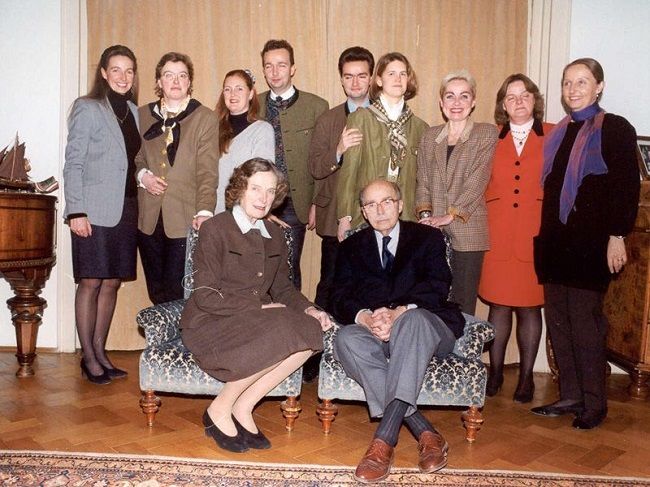 Caption: Karl von Habsburg with his whole family in a portrait. Source: Pinterest

Since 1986, Karl von Habsburg has been president of the Austrian branch of the Paneuropean Union. After studying law for 12 years, in 1992/1993, the host Who Is Who. It is a TV game show with Austrian public TV broadcaster ORF. In October 1996, the Austrian People’s Party (ÖVP) elected him to the European Parliament.

Two years later, it emerged that the ÖVP’s election campaign had benefitted from 30,000 euros of World Vision donation money via Paneurope Austria while he sat on the board of World Vision Austria, apparently without noticing the director’s dubiously legal activities.

His father exacerbated the controversy. He complained that they attacked his son unfairly and drew a parallel between the name “Habsburg” and a yellow badge. ÖVP did not nominate him again for the 1999 elections. In 2004, he paid 37,000 euros to the new World Vision Austria branch.

On 19 January 2002, the UNPO Steering Committee appointed him the Director-General of UNPO (Unrepresented Nations and Peoples Organization). Since 7 December 2008, he is the President of the Association of National Committees of the Blue Shield.

In 1961, his father Otto von Habsburg renounced all claims to the Austrian throne. It was a necessary legal condition to move back to Austria.

In 2005, he filed an unsuccessful lawsuit before Austria’s constitutional court after a failed attempt to have former properties of the Habsburg family returned. The First Republic had expropriated the family’s estates; Austrofascism had reverted this, and then the Nazis had expropriated them again.

His family tried to get back their former property under the rules for victims of the Nazi regime. The attempt failed because the law of expropriation still has constitutional status. On 1 January 2007, his father relinquished his position as the head of the House of Habsburg-Lorraine, a status which then devolved on him.

Karl von Habsburg is one of the three co-founders of BG Privatinvest, a Vienna-based investment company. In December 2010 the company acquired the two most important Bulgarian daily newspapers, Uneven Trud and 24 Chase. After ongoing conflicts with Bulgarian partners, BG Privatinvest sold the newspapers in April 2011.

Since 2009, he is a shareholder in a media group in the Netherlands, consisting of radio stations, a magazine, and a music television channel.

On 31 January 1993 in Mariazell, he married Francesca Thyssen-Bornemisza. She is the only daughter of Baron Hans Heinrich Thyssen-Bornemisza de Kászon and Fiona Frances Elaine Campbell-Walter. Her father was a European industrialist, and her mother was his third wife and a fashion model. 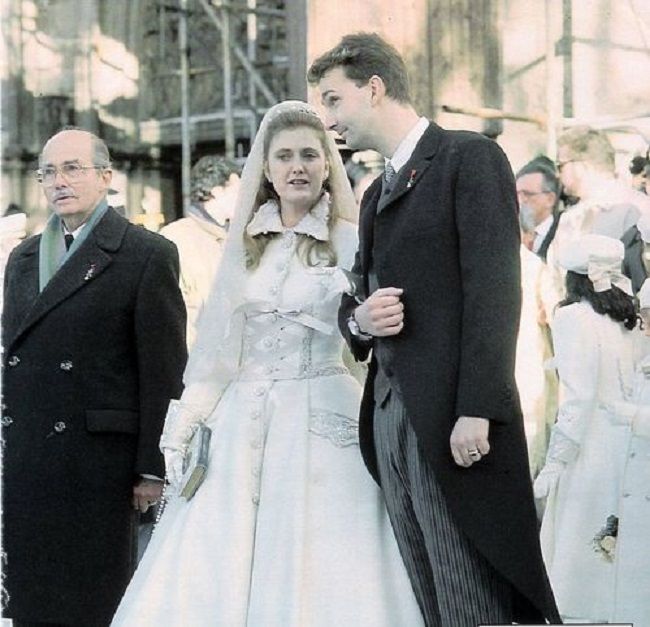 The marriage received the dynastic authorization of Karl’s father, as head of the House of Habsburg, despite objections from some members of the family since the bride, although a baroness in the nobility of pre-republican Hungary and Transylvania, did not descend in the canonically legitimate male line from a family of dynastic, mediatized or alter Adel status. He and Francesca have three children:

He and Francesca separated in 2003.

In July 1998 an Austrian court fined him 180,000 shillings ($14,300); he had failed to declare immediately to customs officials that he had an antique diadem in his luggage when he crossed the border from Switzerland in July 1996. The diadem belonged to his wife who intended to wear it at a wedding ceremony.

He is also not available on any of the social media platforms.