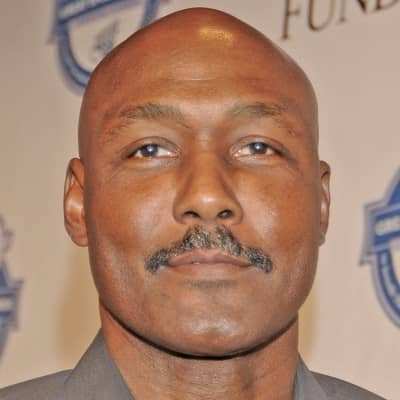 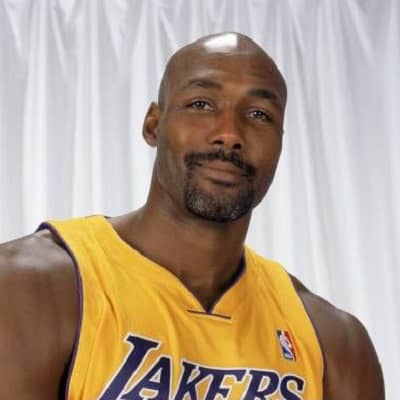 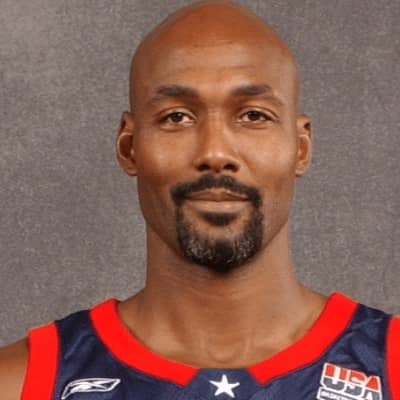 Karl Malone was born on 24 July 1963 and he is currently 58 years old. He hails from Summerfield, Louisiana, and his zodiac sign is Leo. Likewise, his full name is “Karl Anthony Malone”. Talking about his family, his mother is Shirley and his father’s name is Shedrick Hay. He grew up with 8 siblings on a farm with his single mother. Among all 9 children, he was the youngest. His father married another woman and lived with this family. Later on, his father committed suicide when Malone was only 3 years old.

As a child, this personality often worked at the farm and chopped trees, hunted, and fished. Talking about his educational journey, Malone went to Summerfield High School. There, he led his basketball team to three consecutive Louisiana Class C titles from the year 1979 to his senior season in 1981.

He was later recruited by University of Arkansas basketball coach Eddie Sutton. However, he went on to attend Louisiana Tech University as it was closer to home. In his 2nd year in college, Malone joined the Louisiana Tech Bulldogs basketball team. He didn’t join in this freshman year because his grades were too low for freshman eligibility. At Louisiana, he played under coach Andy Russo. 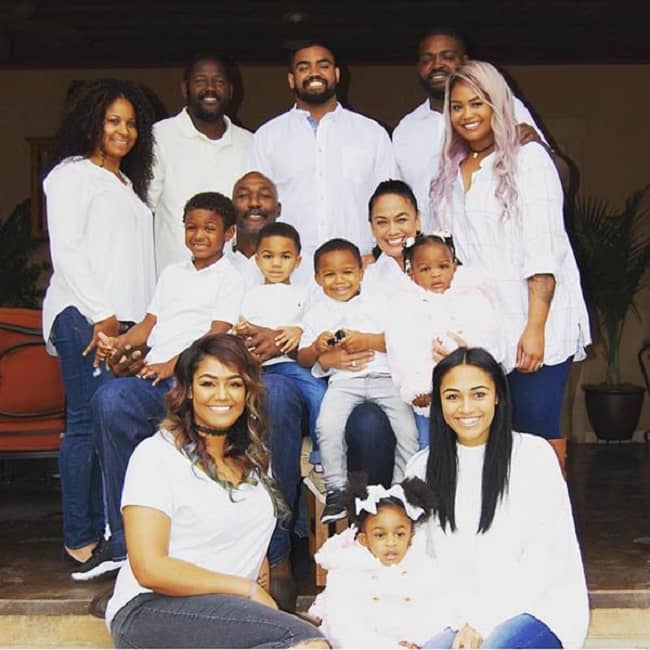 Caption: Karl Malone in a photo with his children and grandchildren. Source: Celebrity Gossip

Professionally, Karl Malone was a professional basketball player during his youth. His nickname is “the Mailman” and he is considered one of the greatest power forwards in NBA history. This player spent his initial 18 seasons from 1985 to 2003 with the Utah Jazz in the National Basketball Association (NBA). During this time, this player formed a formidable duo with his teammate John Stockton.

During these 18 seasons, Malone was a two-time NBA Most Valuable Player and 14-time NBA All-Star. Similarly, he was also an 11-time member of the All-NBA first team. Likewise, this player holds the records for most free throws attempted and made.

In the year 1985, Utah Jazz selected this talented player in the first round of the NBA draft that year. Throughout his career, this player appeared in the playoffs every season. This also includes the NBA Finals in the years 1997 and 1998. 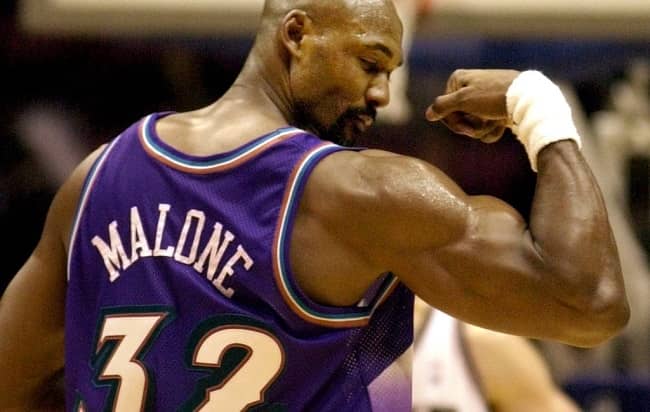 Moreover, this athlete played his final season with the Los Angeles Lakers. With LA Lakers, this basketballer played his 3rd Finals in the year 2004. Similarly, this player also competed with the United States national team in the Summer Olympic Games in 1992 and 1996 – winning gold medals in both years.

Following his retirement from the NBA, this basketballer joined the staff of the Louisiana Tech Bulldogs basketball team. This was back in the year 2007. This player was inducted into the Naismith Memorial Basketball Hall of Fame in the year 2010 twice. Once was for this player’s individual career whereas another was as a member of the 1992 United States men’s Olympic basketball team. 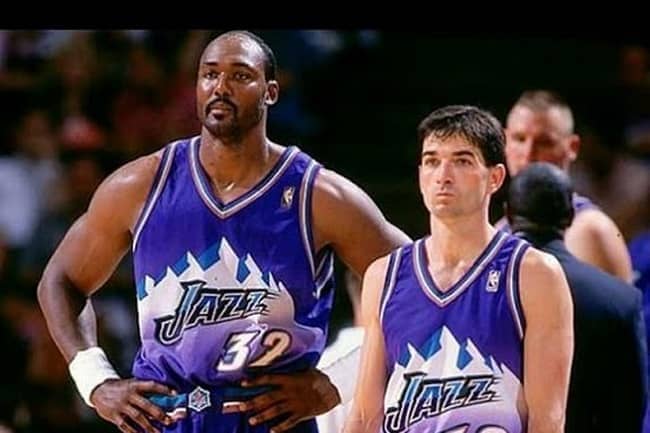 Caption: Karl Malone during one of his games. Source: League Alerts Official

Besides his children from this marriage, Malone also has three other children that he shares with two different women. He fathered twins Daryl and Cheryl Ford at the young age of 17 years with Bonita Ford. Later on, he fathered a son with Gloria Bell. With Bell, he shares a son named Demetress Bell. Back then, Bell was only 13 years old while Malone was a 20-year-old college sophomore. 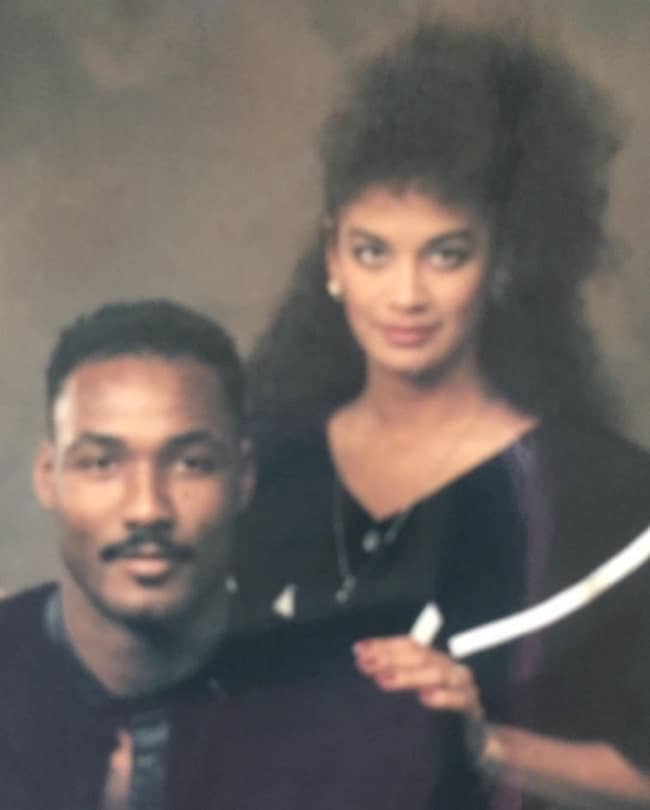 Caption: Karl Malone in an old photo with his wife. Source: Instagram

Karl Malone stands tall at an approximate height of 6 feet 9 inches or 2.06 meters and his weight is around 259 lbs or 117 kgs. Further, the former basketballer has dark brown eyes and hair of the same color. Besides these, this basketballer’s other body measurements like his chest-waist-hip measures, dress size, shoe size, etc. are all under review.

Talking about his social media presence, Karl Malone joined Twitter in February 2012 and so far has more than 72.5K followers on his @thedeliverer_32 account. However, the basketballer has not been active on this platform since May 2020. Other than this, the former basketballer doesn’t have an account on other platforms like Instagram, Facebook, etc. Nevertheless, he occasionally appears on his wife’s Instagram profile @mamail32. Moving on, this former basketballer has a net worth of $55 million US dollars.