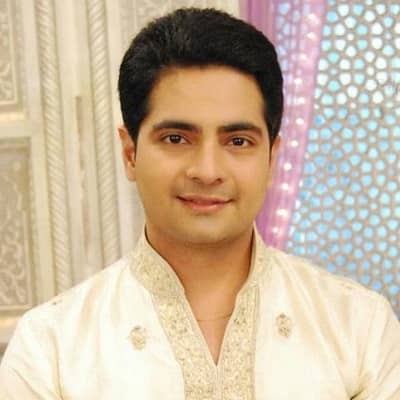 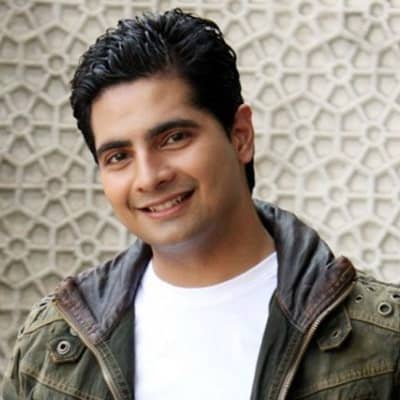 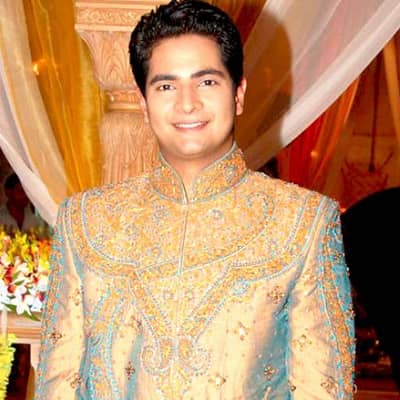 Karan Mehra was born on 10 September 1982 and he is currently 38 years old. Karan hails from Jalandhar, Punjab, India, and his zodiac sign is Virgo. He moved to Delhi at a young age with his family. His parents are mother Bella and father Ajay Mehra. Similarly, Karan has a brother named Kunal.

Talking about his educational journey, Karan studied fashion designing at the National Institute of Fashion Technology (NIFT). Likewise, Karan also attended Apeejay School, Noida. Similarly, Karan was the batch topper at the University. After the 12th grade, Karan worked as a summer trainee at Dominos Pizza.

Professionally, Karan Mehra is a famous model, actor, TV personality, and fashion designer. Karan actually rose to fame with his remarkable performance Yeh Rishta Kya Kehlata Hai. It is a soap opera that airs on the Star Plus channel and in which Karan plays the lead role of Naitik Singhania. Moreover, this series is one of the longest-running Indian TV serials.

Likewise, Karan Mehra is also one of the highest-paid actors in the Indian TV industry. Karan is also one of the contestants on Bigg Boss Season 10 that aired in the year 2016–2017. Talking about the beginning of his involvement in the entertainment industry, Karan worked for directors Rajkumar Hirani and Ram Gopal Verma after initially coming to Mumbai. For the aforementioned directors, Karan worked as an assistant in 4 movies. 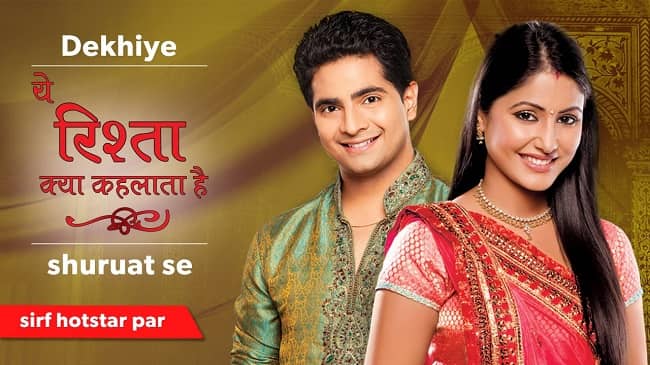 The popular TV actor then starred in the movie Love Story 2050. Following this, Karan began his career as a model as well as worked on TV commercials. In the year 2009, Karan bagged the role of Naitik Singhania in Yeh Rishta Kya Kehlata Hai. Back then, the TV actor was still training in acting classes.

Karan continued to portray this role for nearly 7-and-a-half years. However, in June 2016, Karan quit the show due to health issues. Side by side, Karan also took part in the dance reality shows Nach Baliye 5 as well as Nach Baliye Shriman v/s Shrimati. For his participation in the latter, Karan partnered with his wife, Nisha Rawal, in the year 2012–13. 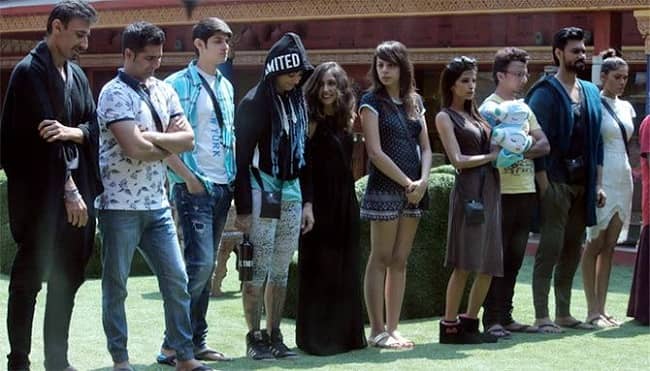 Additionally, Karan also did a short stint in Khatmal E Ishq, playing the role of Sumit Mishra. Furthermore, the actor’s new movie is Basthi Hai Sasthi. This movie is about stepping up the game and learning how to cope with reality. Karan announced his involvement in this movie in an interview as well as advertised it on the TV show Saath Nibhana Saathiya in the year 2016. Although the movie’s original release was set for 2017, it was pushed back to 2018.

Likewise, Karan began shooting for an upcoming Punjabi soap opera in October 2020. Its title is Mawaan Thandiyan Chawan and the shoot began in Chandigarh. Moreover, this soap opera airs on the channel Zee Punjabi. Also, in November 2020, Karan featured in the music video for the song Bewafa Tera Masoom Chehra. It is a song by Jubin Nautiyal – Rochak Kohli.

Karan Mehra currently in process of divorce from his wife Nisha Rawal. Rawal is also a popular Indian actress and model. The two met each other on the sets of Hastey Hastey where Karan was styling. The couple dated for 6 years and finally tied the knot on 24 November 2012. When Karan was participating in Bigg Boss, Nisha found out that she was pregnant with their son. Karan and Nisha welcomed their son Kavish in the year 2017.

Likewise, very recently on 1 June 2021, the Mumbai Police arrested Karan Mehra and later granted him bail. It was actually his then-wife, Nisha Rawal, who filed a complaint after their fight. There had been marital problems between Karan and Nisha for a while already. In March, the couple actually decided to go their separate ways. 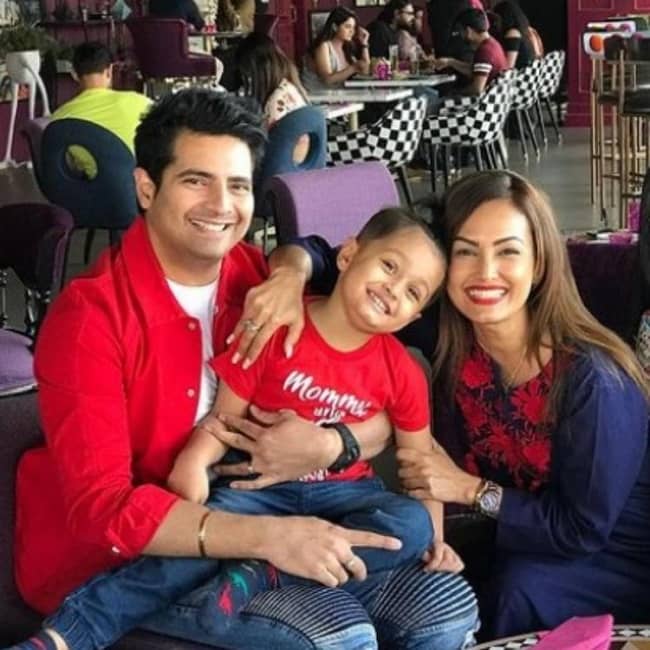 Caption: Karan Mehra posing for a photo with his son and ex-wife. Source: Pinkvilla

Revealing the details about the incident leading to his arrest, Karan shares that on May 31, 2021, the couple was talking about their finance and how they would distribute things. They had disagreements on certain points where Nisha wanted more than what Karan could give. Following this disagreement, Karan went to get fresh air with his brother, Rohit Sethia, who advised him to take things to court if Karan didn’t agree with the discussions.

Later the same night, i.e. 31 May 2021, as the couple was sleeping separately by now, Nisha barged into Karan’s bedroom, began shouting and abusing his family, and told him that she would ruin his life. Subsequently, Nisha spat on Karan. Although Karan was calm, told her not to behave in such a manner, and go back to her bedroom, Nisha had a different idea.

Nisha suddenly banged her head on the wall and said, “ab dekho kya hota” (now see what happens). Karan’s ex-wife was actually diagnosed as bipolar 5-6 years ago and has mood swings and a violent anger streak.

Kaan Mehra stands tall at an approximate height of 1.73 meters or 5 feet 8 inches and his weight is around 75 kg or 165 lbs. Likewise, the TV personality has a chest-waist-biceps size of 42-32-14 inches respectively. Moreover, Karan has dark brown eyes and hair of the same color.

Talking about his social media presence, Karan Mehra joined Twitter in December 2012 and so far has over 86.9K followers on his @realkaranmehra account. Likewise, Karan goes by the username @realkaranmehra in Instagram and so far has over 674k followers as of mid-June 2021. Moving on, although Karan’s net worth estimation is still under review, some sources believe that the actor’s net worth ranges from $5 to $8 million US dollars.