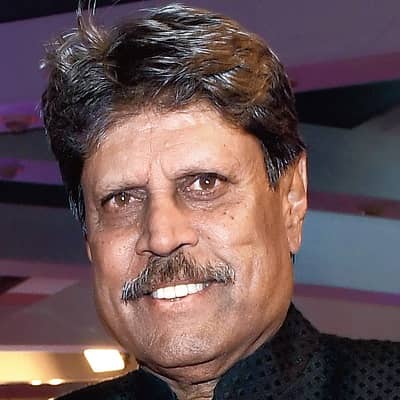 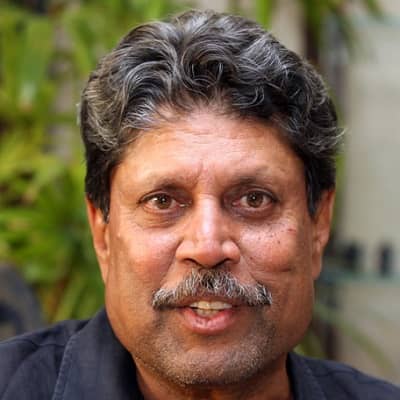 Kapil Dev is a Former Indian cricketer and captain of the Indian Cricket team. Kapil Dev was the greatest cricketing all-rounders of all time. In addition, he was a fast-medium blower and hard-hitting middle-order batsman. He is most known for leading his team to victory in 1983, Cricket World Cup.

Kapil Dev Ramlal Nikhanj, best known as Kapil Dev was born on January 6, 1959, in Chandigarh, Punjab, India. Kapil Dev is 62 years old, according to his birth date. He is an Indian citizen and belongs to the Hindu religion. His zodiac sign is Capricorn. He was the son of  Ram Lal Nikhanj and Raj Kumari Lajwanti.

Kapil’s father was a building and timber contractor. The cricketer’s parents were basically from Rawalpindi, his parents had migrated to India during the partition in 1947. Talking about his sibling, he has 6 brothers and sisters. Among them, Bhushan is Kapil’s elder brother and Ramesh is his younger brother. Kapil has 4 sisters, Pinky Gill and other names are unknown.

Talking about Kapil’s educational life, he studied in DAV school in Chandigarh. Later on, he attended St Edward’s school in Shimla. He did not attend college and University. Kapil Dev has had a passion for cricket since he was a youngster and his parents have always encouraged him to pursue his goal, motivating him to began his career. 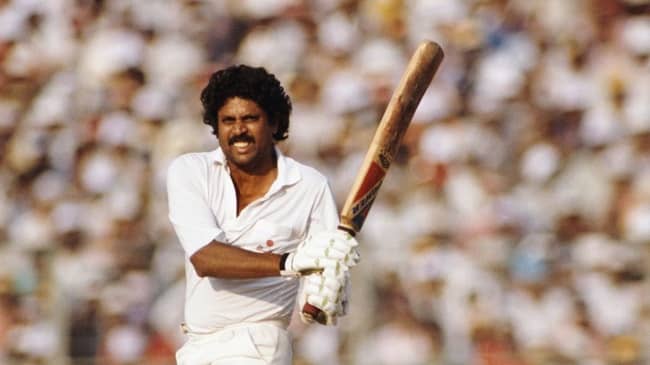 In November 1975, Kapil made his domestic match debut against Punjab. He took six wickets and helped Haryana win by restricting the opposition to only 63 runs. In the 1976-77 season, he collected 8 wickets and scored 36 runs in one match against Jammu & Kashmir. In the same year, he had a 7/ 20 record against Bengal.

Moreover, in a match against Services during the 1978-79 season, he took his first 10-wicket haul in first-class cricket. He was selected for the Irani Trophy, Duleep Trophy, and Wills Trophy matches due to his outstanding performance. He showed his all-around talent by demonstrating his skill with both the ball and bat. Against Delhi in the 1979-80 season, he hit his first century, scoring 193 runs.

In October 1978, he made his test debut against Pakistan, but it took a few more matches for his impact to be recognized. Kapil scored his first century against a visiting West Indies team in 1979, scoring 126 runs in just 124 balls. He was also consistent with his bowling, taking 17 wickets in the series. With each match that he played, the cricketer improved. In 1979, he took his first 5-wicket haul against England at Edgbaston. Kapil Dev established himself as Indian’s leading fast blower during the Australian cricket team’s tour of India in 1979-80, taking two five-wicket hauls and a total of 28 wickets in the series.

When he captained India to two victories in the six-test series against Pakistan at home, his popularity increased. Kapil Dev was outstanding with both bat and ball. In the series, he took 10 wickets and scored two half-centuries, finishing with 32 wickets and 278 runs. During the 1982-83 season, he was named captain and guided his team in the 1983 Cricket World Cup.  India entered the competition as underdogs but under the charismatic leadership of Kapil Dev. The Indian team defied expectations and went on to win the World Cup by defeating the mighty West Indies in the final.

He was retained as captain for the 1987 World Cup after his outstanding performance. India started well and advanced to the semi-finals, where they were defeated by England. After this, Kapil Dev resigned as captain. Kapil announced his retirement from cricket in 1994. In 1999, he was appointed as a coach of the Indian cricket team. However, his stay as a coach was short-lived. In the year 2000, he resigned from the coach.

This famous Indian cricketer has made guest appearances in Hindi movies such as “Iqbal” and “Mujhse Shaadi Karogi”.

Kapil began playing golf in 1994. In 2000, he was the Laureus Foundation’s only Asian founder member. The other two cricketers on the original member council of 40were Ian Botham and Viv Richards. When the Academy grew from 40 to 42 members in 2006, Steve Waugh was added. On 31st January 2014, he offered his organs during a ceremony hosted by the Delhi Urological Society at the Airport Authority of India’s Officers Club in New Delhi. 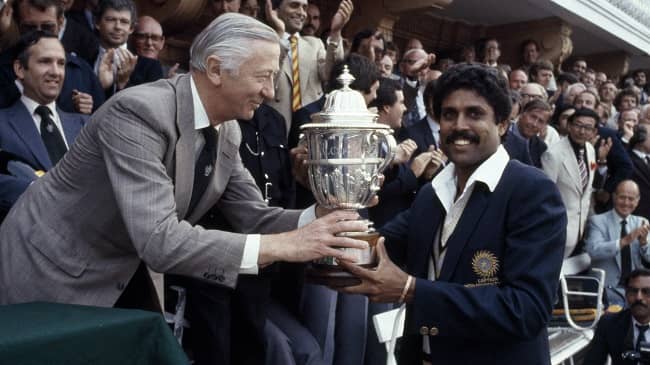 As a cricketer, Kapil has won several awards and recognitions in his career. In 1983, the Indian team won the Cricket World Cup in his captaincy. With a total of 434 wickets, he once held the world record for the most wickets taken in test cricket. In 1982, he was awarded by the Padma Shri, which is India’s fourth-highest civilian honor.

In 1991, he was awarded the Padma Bhushan, India’s third-highest civilian honor. Kapil Dev has won several cricket honors including the Wisden Indian Cricketer of the Century award in 2002. In 2010, Kapil was recognized in the International Cricket Council’s (ICC) Hall of Fame.

As a former professional cricketer, coach, and commentator, he earns a huge amount of sum. His net worth estimates at around  $30 million US dollars. 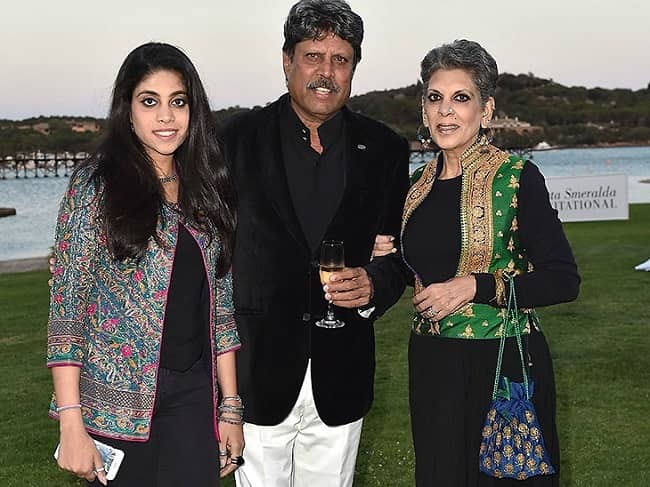 Kapil Dev is a married man. In 1980, he married Romi Bhatia. They had a daughter named Amiya Dev who was born on 16th January 1996. Kapil had a heart attack and admitted to the hospital on October 23, 2020. He had an emergency coronary angioplasty in a Delhi hospital.

In Kapil’s career, there has been some controversy. In 1999, former BCCI president I S Bindra blamed that Kapil had offered money to Manoj Prabhakar to underperform during the 1994 India tour of Sri Lanka. Due to the blame, Kapil Dev resigned as the coach of the Indian Team and dismissed charges later.

In 2016, he came under the income Tax scanner for purchasing shares of a company at a heavily discount rate. Kapil and others purchased shares in the firm valued at roughly Rs 6 crore Indian rupees, even though the book value of the shares was Rs 32 crore Indian rupees.

Kapi Dev stands at 6 feet tall and weighs around 80 Kg. Kapil has dark brown eyes and salt & pepper hair. Besides that, there is no information regarding Kapil’s other body measurements.