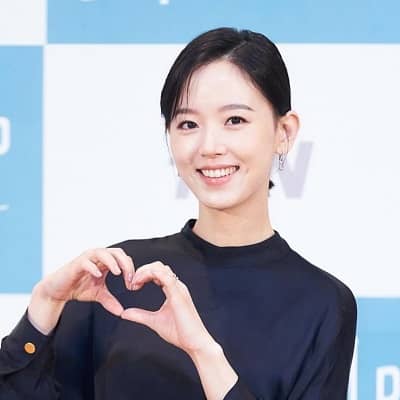 Kang Han-na is a famous South Korean actress. Kang Han-na gained immense fame for her roles in films and TV dramas including ‘Empire of Lust’, ‘Miss Korea’, ‘Moon Lovers: Scarlet Heart Ryeo’, and ‘Start-up’ among others.

Kang Han-na was born on January 30, 1989, and she celebrates her 32nd birthday in the year 2021. She hails from Seoul and her zodiac sign is Aquarius. Talking about her educational journey, Kang Han-na received her Bachelor’s degree in Theater from Chung-Ang University.  There is no information regarding Kang Han-na’s parents, siblings, and other family details. 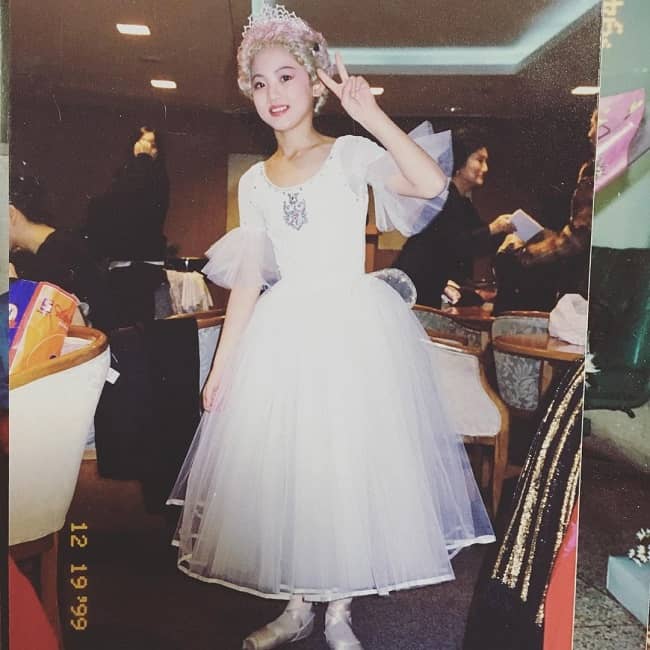 Kang Han-na is professionally a South Korean actress. She is popular for her career throughout Korean TV and film. The actress has earned critical acclaim for her roles in the TV series Miss Korea, My Mom, and Just in Love among others. Likewise, the actress earned her first on-screen credit in the year 2009. It was for her work on the short film Last Homecoming.

Likewise, Kang Han-na starred in the 2015 film Empire of Lust and also appeared on the MBC variety show My Little Television in the year 2016. Han-na worked alongside actor Lee Junho in the 2017 TV series Just in Love.

Furthermore, Kang Han-na played several lead roles in films and TV series. Some of them are Moon Lovers: Scarlet Heart Ryeo in the year 2016, Rain or Shine in the year 2017, Familiar Wife in 2018, and Start-Up in the year 2020. Additionally, Kang Han-na is close with the singer-actress IU. Han-na also appeared on the first episode of the reality show, Master Key. 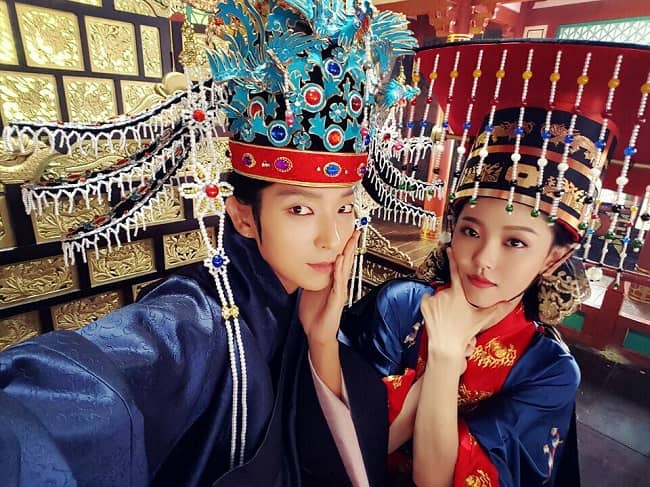 Kang Han-na made her film debut in the short films – Last Homecoming and King of Guitar. She worked on both these projects in the year 2009. In the former, the actress played the role of the character Seon-young and in the latter, her role was the character Young-jin.

Similarly, in the year 2013, Kang Han-na began playing minor roles in mainstream films Fasten Your Seatbelt as Mary, Commitment as Waffle house’s part-time staff, and in Friend: The Great Legacy as Ah-ram. In the same year, the actress made her TV debut in the romantic-comedy-drama Miss Korea playing the role of the character Im Seon-joo. Then in 2014, she appeared in No Tears for the Dead.

Further, Kang Han-na played her first lead role in the period film Empire of Lust. She played the role of a gisaeng named Ga-hee. Later the same year, Han-na also starred in the short film, Stand. 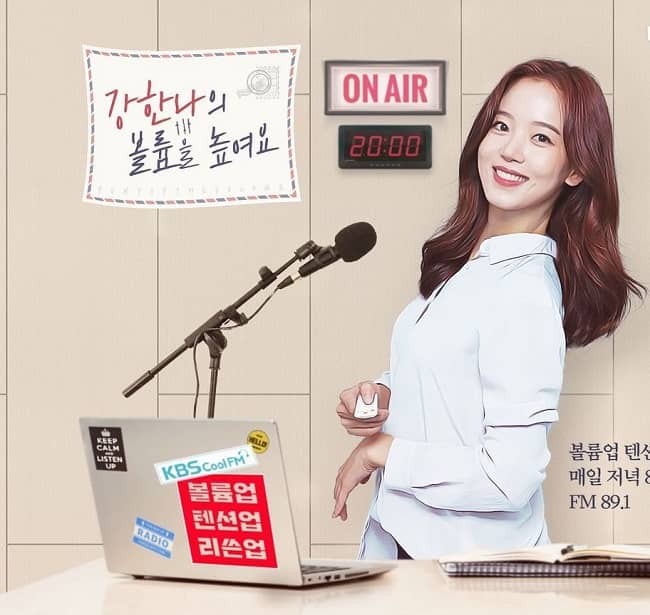 Caption: Kang Han-na appearing on the poster for her DJ program. Source: Instagram

Actress Kang Han-na rose to fame playing the role of the character Hwangbo Yeon-hwa. Yeon-hwa is an evil queen in the historical drama Moon Lovers: Scarlet Heart Ryeo. For this role, Kang Han-na was nominated for the “Excellence Award, Actress in a Fantasy Drama” at the 2016 SBS Drama Awards. She also received nominations for the “Best New Actress” at the 53rd Baeksang Arts Awards.

Similarly, the actress appeared in the romance melodrama Rain or Shine in 2017. For this project, Kang Han-na played the role of Jung Yoo-jin. The same year, Han-na also played a minor role in the Chinese drama Candle in the Tomb: Mu Ye Gui Shi.

In the year 2018, Han-na appeared in the romance comedy drama Familiar Wife. She starred as the character Lee Hye-won and she also worked alongside prominent South Korean actors like Ji Sung, Han Ji-min, and Jang Seung-jo in the lead roles. 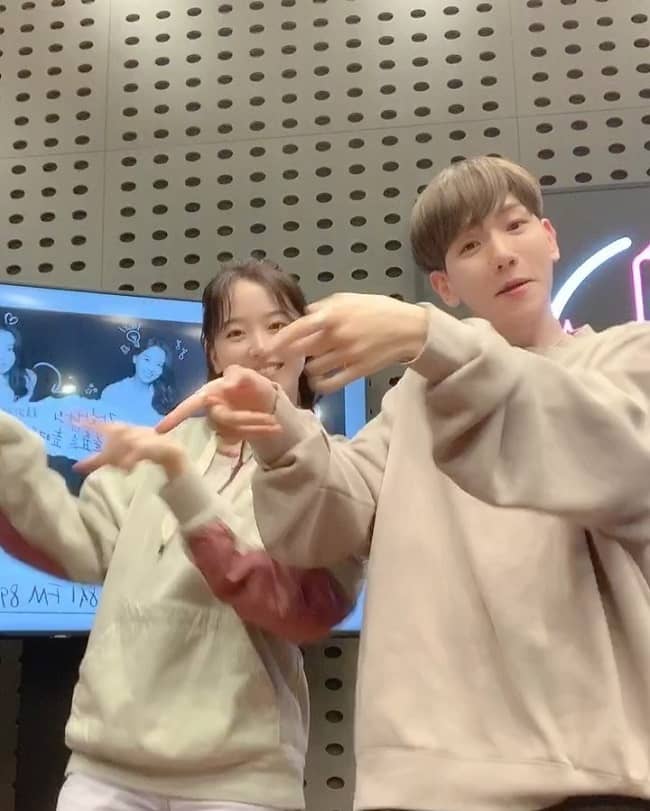 Then in 2019, the actress starred in the thriller drama Designated Survivor: 60 Days. This drama is based on the American series Designated Survivor. Similarly, in the same year, Han-na starred in a short drama “Drama Stage – Woman with a Bleeding Ear”. It is about a woman who one day starts bleeding from her ears when she hears something she doesn’t want to hear.

Kang Han-na was confirmed to take over Volume Up as a new DJ starting on January 6, 2020. It airs on the network KBS Cool FM. For her role as a DJ, Kang Han-na won the “New DJ of the Year Award” at the 2020 KBS Entertainment Awards.

In the year 2020, Kang Han-na starred in the tvN drama Startup. She played the role of the character Won/Seo In-jae. Her character is a successful businesswoman. For this project, Kang Han-na worked alongside actors Nam Joo-hyuk, Kim Seon-ho, Bae Suzy, and Stephanie Lee in the lead roles.

Then in October 2020, the actress’s contract with Fantagio ended and she signed on to KeyEast. Furthermore, in the year 2021, Kang Han-na is set to appear as Yang Hye-sun in the drama A Terrifying Cohabitation. 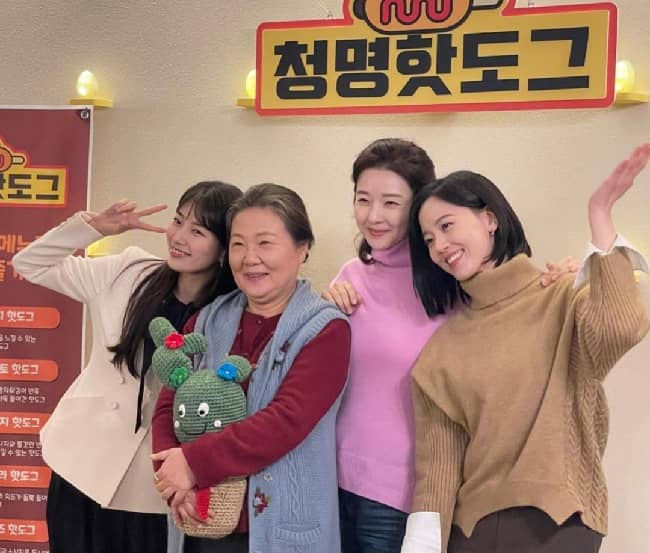 Caption: Kang Han-na posing for a photo with her on-screen family of the drama ‘Start-up’. Source: Instagram

There is no information regarding actress Kang Han-na’s past and present relationship status and love affairs. She has not shared any information nor shared any social media posts that might suggest her affairs. The actress also keeps her personal life quite private from the prying eyes of the public and media.

Kang Han-na stands tall at a height of approximately 1.68 meters or 5 feet 5 inches. Likewise, her weight is around 55 Kgs or 121 lbs and her chest-waist-hip measures are 34-26-35 inches respectively. Kang Han-na has dark brown eyes and silky-straight hair of the same color.