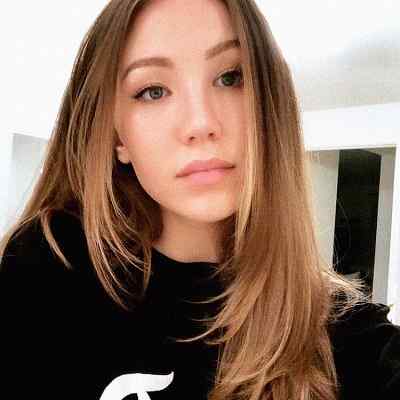 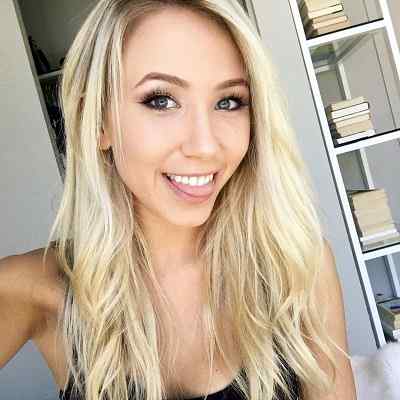 Kalel is an American YouTuber who is a beauty vlogger, and an animal rights activist who posts videos to her self-titled Youtube channel. Kalel is famous for her highly entertaining videos as well as her poignant posts on animal rights. She has created a lot of Youtube channel and has also deleted them. At present, her Youtube channel titled “WonderlandWardrobe” is very successful with millions of subscribers on it.

Kalel was born in Missouri, USA, on March 30, 1989. Her real name is Kristin Smith. She is 32 years old and is under the birth sign, Aries. She holds American nationality.

The name and information about her parents and their names are not available at the moment. Similarly, information about her siblings and any other family members are also not available until now. However, the information Kalel herself had provided about her family were found to be fabricated. Being a social media personality, she definitely wants to keep her personal and family life private and doesn’t really want to talk about it publicly or in front of the limelight.

Kalel didn’t achieve overnight stardom. Her rise to fame was a steady one. She had definitely worked hard to achieve all the success she enjoys at present. She created several channels starting from 2010 and later even deleted them before finally finding her footing as a much-beloved Youtube star. The Youtube channel that she is currently posting on is under the name “Kalel”. It was created on May 30, 2013, and has accumulated 12,833,671 views until now.

She enjoys making random videos to connect with people from all around the world although, her life is relatively uneventful. She says that there is something truly extraordinary about being a part of someone’s day that she has never actually met. Moreover, the many channels Kalel once posted to include “queen beauty”, “KalelCullenTV”, and “WonderlandWardrobe”.

Likewise, after Kristin began dating the fellow Youtuber Anthony Padilla, they started a collaborative Youtube channel better known as “WatchUsLiveAndStuff” or “WULAS”. The channel went on to become highly popular and famous accumulating millions of subscribers within a few months. However, when the couple broke up the channel was discontinued. She was already a moderately successful Youtuber even before she began dating Anthony. However, her relationship with him definitely gave her career a big boost and added to her personal popularity as well. 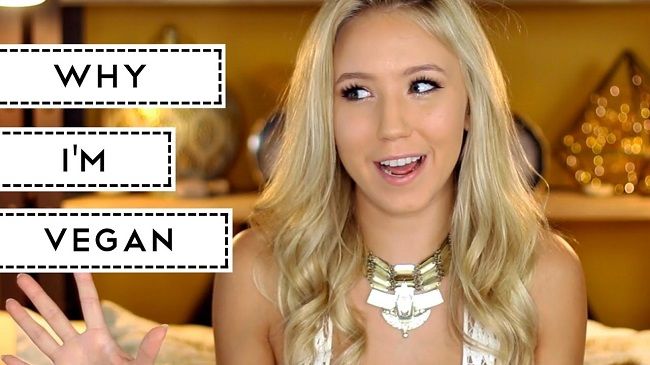 Furthermore, Kalel is much popular on other social media platforms as well. She has been able to accumulate thousands of followers and fans on Instagram, Facebook, and Twitter as well. The pictures that she posts on her Instagram account are eye-catching and breath-taking. Her posts are often related to her life, lifestyles, fashion, and many more. She always keeps her fans updated about her life and the things that are going on at that time.

The first-ever picture that she uploaded on her Instagram was on May 31, 2016. The post was a picture of herself just casually standing by posing for a picture. Then after that, she has always been active and has been uploading pictures on the account. However, not only through Instagram, but Kalel also keeps her followers updated through Twitter and Facebook. She is as popular on these social platforms as she is on Youtube. Also, Kalel is a very passionate animal lover and has worked with the animal rights organization PETA.

Kristin is no stranger to controversies despite the fact that she enjoys all the name and fame that she has gained. In the beginning, she told her fans that her real name is “Kalel Cullen”. However, later it was revealed that her actual name is “Kristin Smith”. Her fans and supporters felt betrayed by her as she lied to them about her real identity.

Moreover, Kristin is also accused of fabricating several details about her family. She lied to her followers about having a Scottish ancestry and falsely claimed that her mother was a Native American. Likewise, she also professes to be an animal rights activist and vegan as well. Unfortunately, she has been spotted consuming animal products on several occasions.

Also, on some of her vlogs, she promoted some beauty brands that test on animals which earned her the wrath of genuine animal rights activists. The audiences accused her of hypocrisy as real vegans don’t support any animal testing. Additionally, she is accused of promoting negative body image among youngsters as well. Her breakup with Anthony Padilla was also surrounded in controversy as Anthony accused her of emotionally manipulating him.

Kalel began dating a popular fellow Youtuber, Anthony Padilla in the year 2010. The two became really close over the following years and then they engaged in the year 2013. However, their relationship was a turbulent one as per her fiancee Anthony revealed later. Then they broke their engagement in late 2014.

Soon after their breakup, Kalel began dating again. But she only revealed the identity of her new boyfriend to be Alec Rosa in the year 2015. Unfortunately, their relationship also came to an end within a few months. However, Kalel again announced to her followers that she was once again in a romantic relationship in the year 2016. Her boyfriend’s name is Cyrus Jannat and they met each other at a New Yera’s party in Las Vegas.

But this relationship of her also didn’t last. They parted ways and Kalel is probably single at the moment. She is now more focused on her career than looking forward to being in any kind of romantic relationship with anyone.

Further, talking about her personal life, Kristin is a self-professed animal lover and shares her home with two cats. She often posts pictures of her cats on all of her social media accounts. Likewise, she also claims to be a vegan and animal rights activist. But many have disputed these claims are disputed as she is often buying and consuming products that are not cruelty-free. 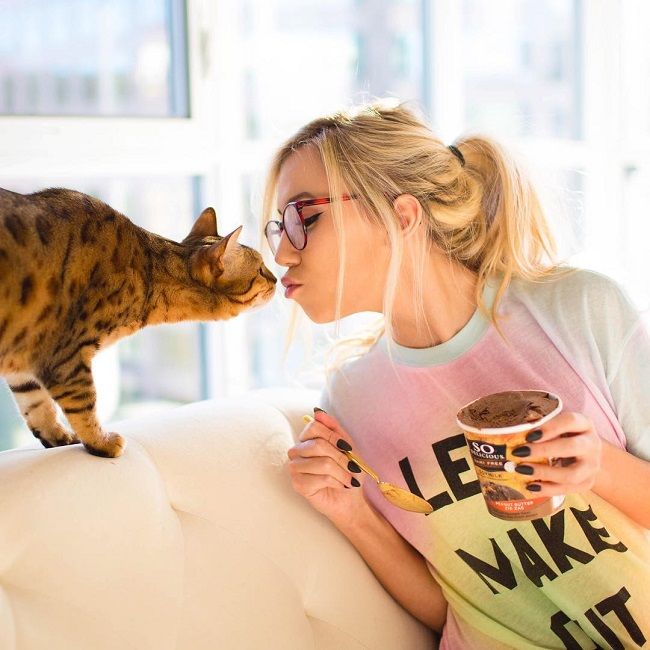 Kalele’s height is 5 feet 8 inches and her weight is 55 Kg. Her body size is 32 inch but the other measurements such as chest, waist, hip, and many others are not available. All of those are still under review. However, she has dark greyish-green eyes and light brown hair. 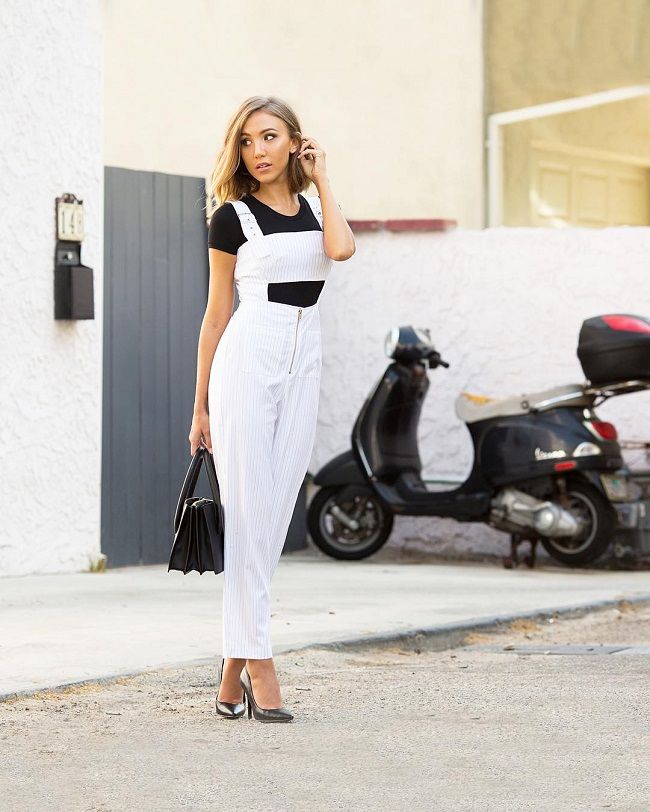 Kristin is pretty active on all of her social accounts. She has been able to muster 1.85 million subscribers on Youtube and 618K followers on Instagram. Likewise, she has garnered 15K followers on Facebook and 388K followers on Twitter as well.

Focusing on her net worth, Kalel has never spoken about her net worth publicly. But as per estimations, her net worth is $71K approximately. And her main income source is Youtube.