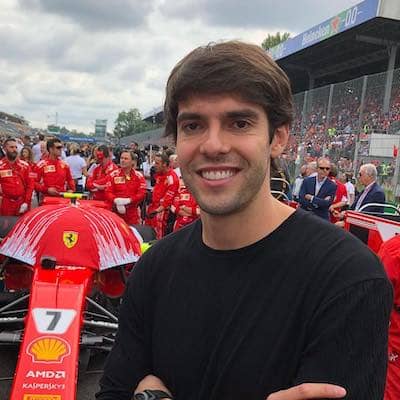 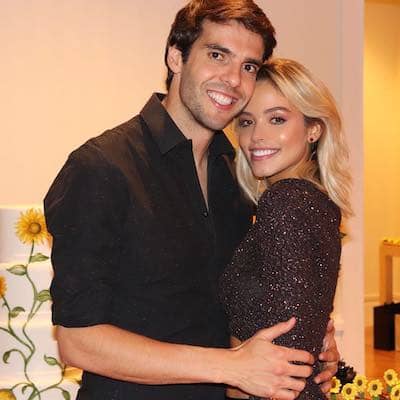 Kaká is a famous Brazilian football player. Kaká has been given the title of World Player of the Year by the Federation Internationale De Football Association in 2007. Likewise, The football player has inspired and garnered a huge fan following all over the world.

Kaká was born in the year 1982 and celebrates his birthday on April 22 every year. Likewise, The football player is 39 years old at the moment. Similarly, he was born in Gama, Brazil. Moreover, Kaká holds dual nationality to both Italian and Brazilian nationalities and was born under the star sign Taurus.

Moving on to his family, Bosco Izecson Pereira Leite and Simone Dos Santos. The football player’s full name is Ricardo Izecson dos, Santos Leite. His father Izecson was a civil engineer and his mother Simone was an elementary school teacher. Similarly, the footballer has a younger brother named Rodrigo.

His brother Rodrigo called him Caca as he was unable to pronounce Ricardo when he was young. This eventually led his name to be Kaká. Moreover, while he was seven years old his family moved to Sao Paulo. Kakâ had an interest in football from a very young age. He came from a well-off family which allowed him to focus on both his education and football.

After moving to Sao Paulo, he went on to attend a local high school. Likewise, his school had arranged him in a local youth group called Alphaville. During one of the school tournaments, he was noticed by the hometown club Sao Paulo FC. The club offered him a place in the youth academy.

Kaká had begun his career at the tender age of eight. While he was 15 years old, he signed in a contract with the Sao Paulo youth squad to Copa De Juvenil glory. Moreover, the young player made his senior debut on 1st February 2001. As he got better at playing, he later signed in with the European champions Italian club A.C Milan in the year 2003 for a fee of £8.5 million. It was a huge amount for a new player. The player replaced Rui Costa in the attacking midfield and made a debut 2-0 win over Ancona. 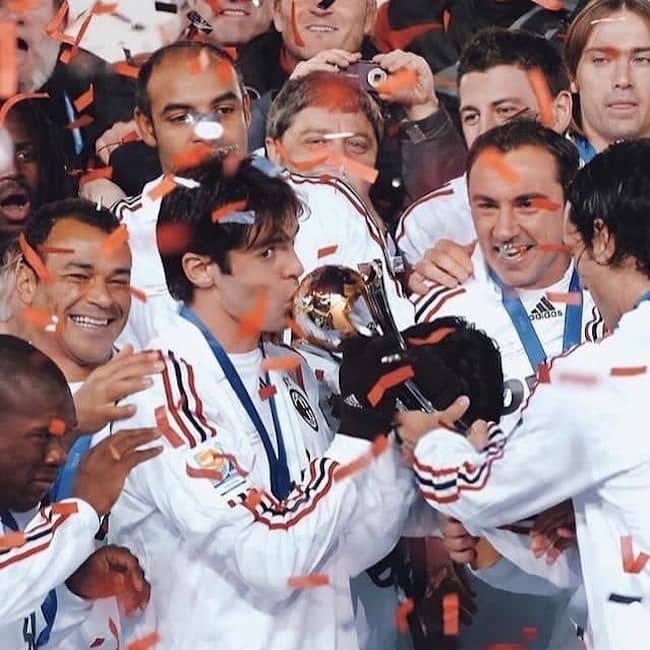 Caption: Kaka after winning a tournament for AC Milan(source: Instagram)

The young football player was a part of the five-man midfield in the 2004–05 season. They usually played a withdrawn role behind striker Andriy Shevchenko. Kaká was supported by Gennaro Gattuso and Clarence Seedorf defensively, as well as Massimo Ambrosini. Massimo allowed Kaká to be the attacking midfielder.

Moreover, Rui Costa or Andrea Pirlo was in charge as the deep-lying playmaker to be in charge of creating Milan’s goalscoring chances, forming a formidable midfield unit in both Italy and Europe. Furthermore, in the 2005-06 season, Kaka scored his first hat-trick in his domestic competitions.

In the June of 2009, it was reported that Kaka would move to Real Madrid. Kaka signed in with Real Madrid with £70 million contracts. He made his unofficial debut on 7th August 2009. Likewise, In March of 2011, Kaká suffered from Iliotibial band syndrome. The syndrome kept him sidelined for a few weeks.

Kaká had announced his retirement on 17 December 2017. The player turned down offers from his former clubs São Paulo and Milan. Moreover, Kaka also expressed interest in working as a director. 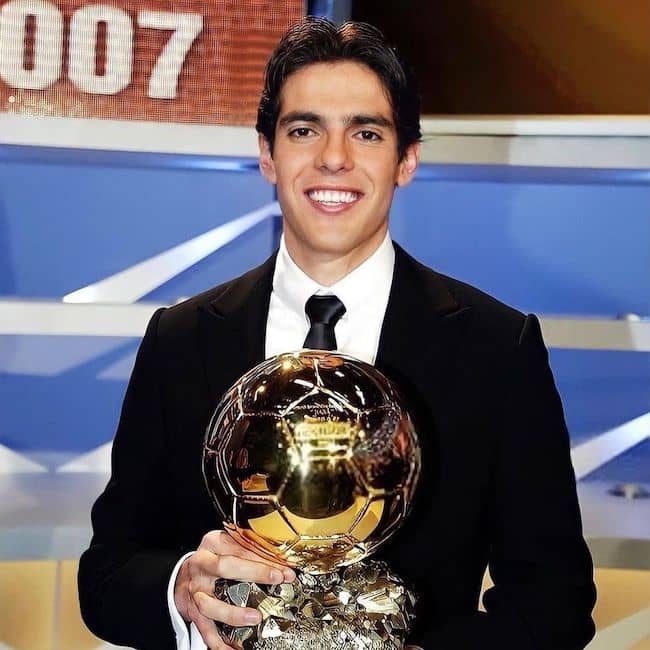 Kaka was married to Caroline Celico. The pair married each other on 23rd December 2005 at a church in Sao Paulo. Likewise, the pair has a son and two daughters. Their names are Luca Celico Leite and Isabella Leita. However, the pair announced divorce in the year 2015. The pair have renounced their marriage in 2019 and are together at the moment. 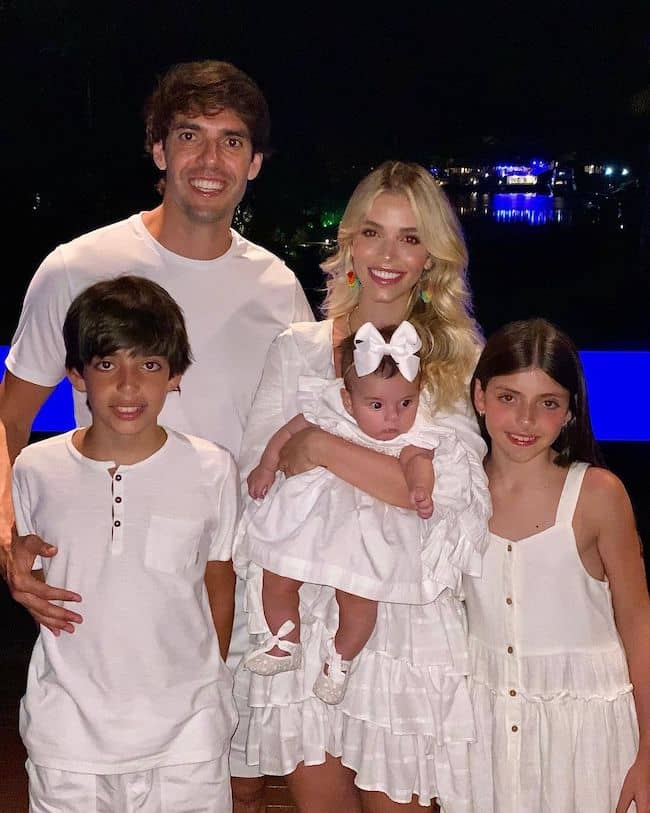 The football player is certainly very handsome. As for his height, he stands tall at 6 feet 1 inch and weighs 82 kg. Likewise, Kaka has brown hair with a pair of shimmery black eyes.