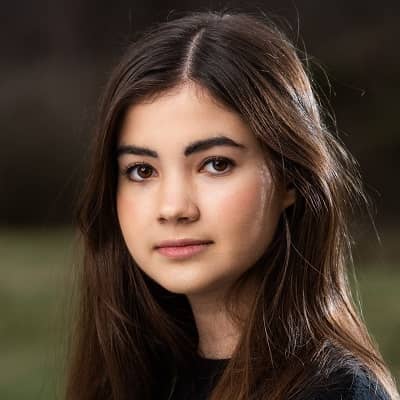 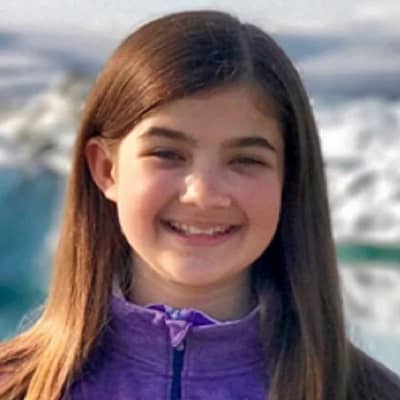 Kaitlyn Maher is a teen singer and actress from the United States. Moreover, Kaitlyn Maher is famous as Youngest Top 10 Finalist on America’s Got Talent and for her roles in films such as The Search for Santa Paws, Santa Paws 2, Free Birds, and the PupStar series; as well as television shows such as FOX’s The Goodwin Games and PBS’ Mack and Moxy.

Kaitlyn Ashley Maher best known as Kaitlyn Maher was born on the 10th of January 2004, in Novi, Michigan, in the United States of America. In addition, she is 18 years old and holds American nationality. Moreover, Maher has a zodiac sign of Capricorn and believes in Christianity. 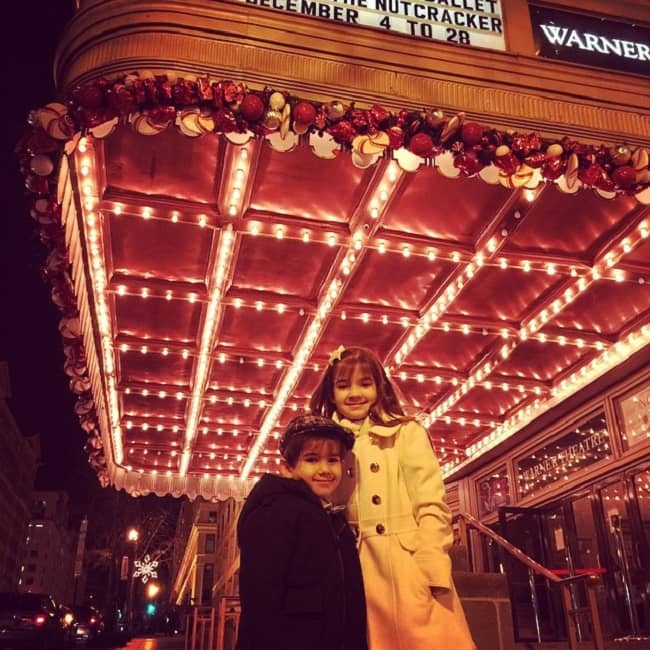 Maher is the daughter of Reuben Edward Maher (father) and Alison Victoria Maher (mother). She grew up with her younger brother, Ethan Joshua Maher ad she loves spending time with her brother. Likewise, she and her brother grew up in Ashburn, Virginia.

She was homeschooled through the Laurel Springs School until 9th grade when she began attending The Potomac School to accommodate a demanding film and performing schedule.

Maher competed on the USA Debate Team and captained her school’s nationally ranked speech and debate team, where she finished first in the nation in Extemporaneous Debate at the 2021 National Speech and Debate Tournament.

Her writing was published by The Aspen Institute, a major worldwide think tank since she is passionate about public speaking and political advocacy. She is currently enrolled at Duke University.

Kaitlyn Maher, at four years old, auditioned for America’s Got Talent’s third season in 2008, singing “Somewhere Out There.” She finished in the top ten of AGT Season 3 and was the youngest person to do so.

Since then, she has appeared live at The Great Kids Expo in Chantilly, Virginia, on October 25, 2008, a live broadcast of the 2008 National Christmas Tree lighting on December 4, 2008, attended by President George W. Bush and over 7,000 guests, and the 2009 Cherry Blossom Festival on April 11, 2009, attended by First Lady Michelle Obama. 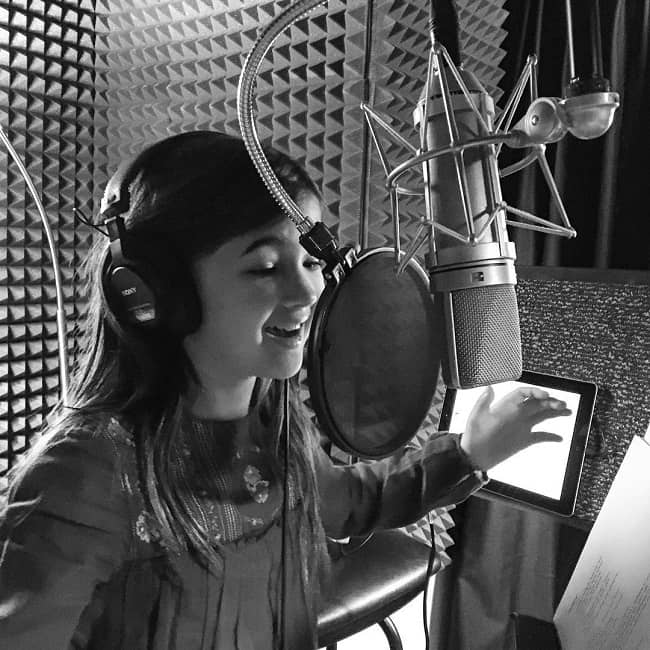 Maher performed as the opening act for The Addi and Cassi Hempel Fund event on October 3, 2009. She got featured in a Harris Teeter commercial that ran in December 2008.

Moreover, She was also picked as Compassion International’s first Child Ambassador, visited children in El Salvador with Compassion, met her sponsored child, and filmed a music video for her title song “You Were Meant to Be.” She got a recording contract with Indie Extreme late in 2009 for the release of her debut album You Were Meant To Be which was released on December 15, 2009.

Maher made an appearance in the Disney film Santa Buddies,  as the voice of Tiny released on November 24, 2009. In The Search for Santa Paws, she portrayed the orphan Quinn. Moreover, in Santa Paws 2: The Santa Pups, she portrayed Sarah Reynolds.

In 2013, she co-starred as Piper Goodwin in the FOX TV series The Goodwin Games with T.J. Miller, Scott Foley, Becki Newton, and Beau Bridges. In Free Birds, she played the President’s Daughter with Amy Poehler, Owen Wilson, Woody Harrelson, and George Takei.

From 2016 to 2019, she starred as Tiny and Scrappy in AirBud’s four-film PupStar series. She has appeared in several films and television shows, including the Disney film Treasure Buddies, the PBS TV series Mack and Moxy, the Disney series Disney’s World of English, the AirBud film Russell Madness, and the following 2020 film series Russell Maniac.

She continues to create and produce music for her social media channels, including her most recent self-written motivational song, “World Without You,” which was released in 2020 and has tens of millions of YouTube views.

She has performed for special needs children at Jill’s House, critically sick children at the National Institutes of Health Children’s Inn, wounded warriors at the Walter Reed National Military Medical Center, and retired veterans at the Veterans’ Affairs Center in Washington, D.C.

The singer has gone to Ghana, Honduras, Zambia, Zimbabwe, Madagascar, South Africa, and Malawi to engage in humanitarian outreach alongside local community partners in poverty-stricken areas, in addition to traveling globally (including across China, Canada, and Israel).

She is the lead singer in her church band when she is not performing professionally.

Maher became the youngest participant ever to make it to the top four of ‘America’s Got Talent.’ ‘Compassion International, ’one of the most famous child enable organizations in the world, selected her as their child ambassador.

She was delighted to be a part of the organization that focuses on eradicating child poverty from the world. Moreover, she appears in ‘Time Magazine,’ as one of the top 16 celebrities who managed to achieve fame at a very young age.

She is one of the finest talents for a Hollywood career. Similarly, she performed at the ‘Citi Classic Tennis Tournament’ on the 3rd and 5th of August 2012.

Being a well-known singer and actress, she has collected a huge sum of money in her profession. Moreover, her net worth is around $15 million and her annual income is around $1 million.

Coming towards her personal life, it seems Maher is single and not dating anyone at the moment. However, she is too private when it comes to her personal life and Maher may have had at least 1 relationship previously.

This teen American singer is not involved in any kind of scandal or controversy at the moment and is focused on her personal and professional career.

Maher stands 4 feet 11 inches tall and weighs around 40 kg. Moreover, she has brown hair with green eyes color and there is not much information regarding her other body stats. 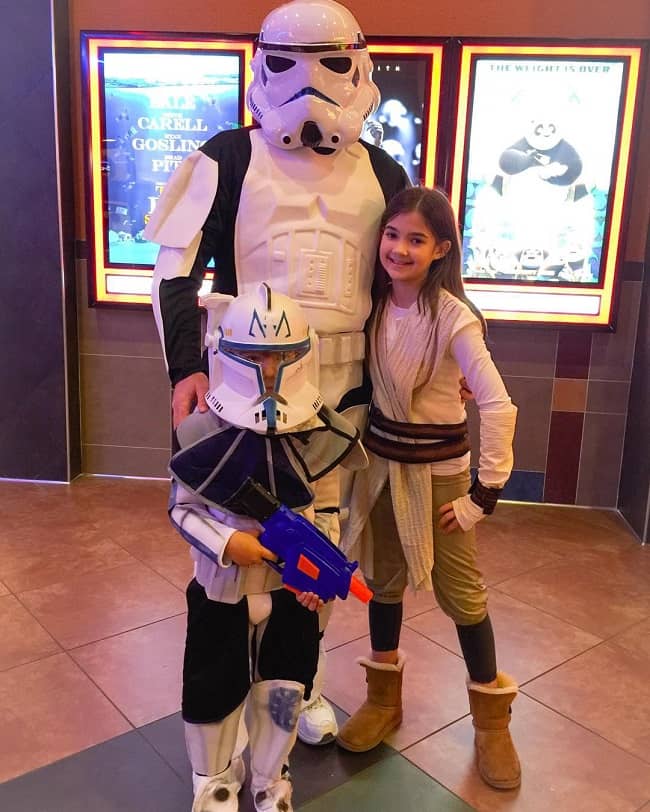