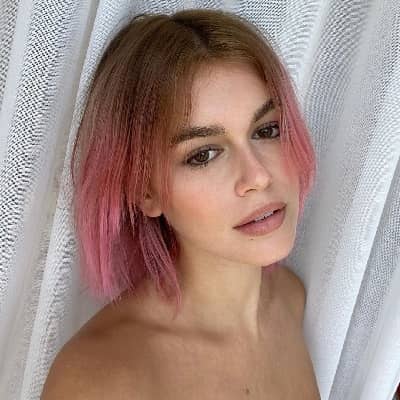 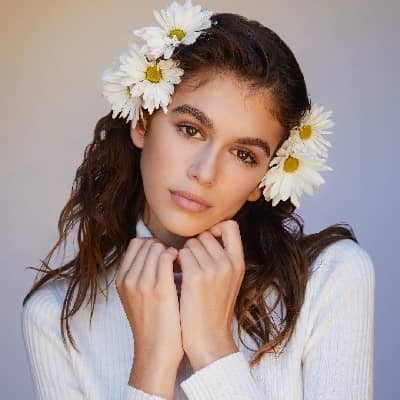 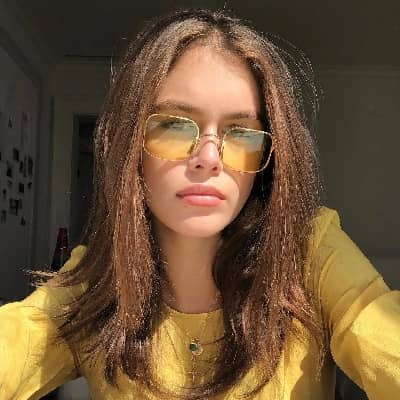 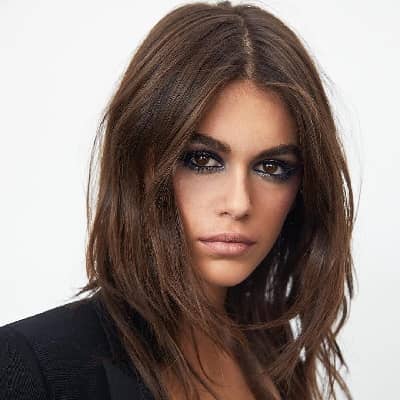 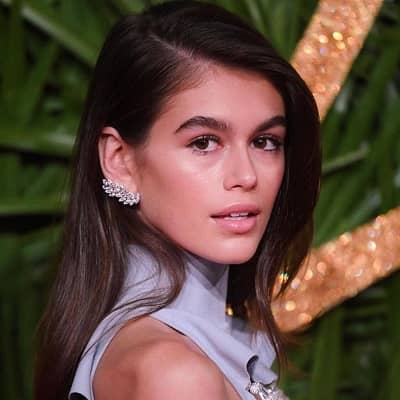 Kaia Gerber was born on 3rd September 2001, as Kaia Jordan Gerber. She was born and raised in Los Angeles, California, USA. They present age of her is 20 years old and Virgo is her zodiac sign. She is the daughter of model-turned-businessman Rande Gerber and supermodel Cindy Crawford. Her father is Jewish and her mother, who is of German, English, French, and Danish descent, is Christian.

Moreover, her older brother, Presley Gerber, is a model, photographer, and Instagram star. Due to her tight schedule as a model and actress, she did an online program with Malibu High School. She graduated as an Honor student. She loves advanced placement calculus. 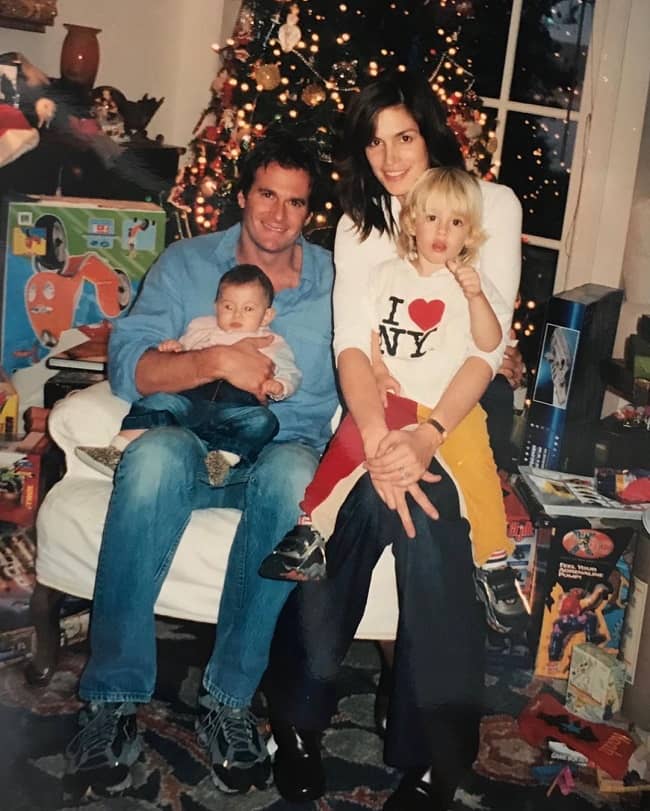 At the age of 10, Gerber landed her first modeling gig with Versace’s junior line, Young Versace. Therefore, she made her acting debut at 15 in Sister Cities (2016). And, she has modeled for magazines such as Vogue, Teen Vogue and Pop Magazine.

Moreover, in 2017, she made her runway debut for Raf Simons’s ‘Calvin Klein Collection’, then walked for fashion houses such as Marc Jacobs, Burberry, Alexander Wang, Coach, Saint Laurent, Alexander McQueen, Prada, Chanel, Fendi, Moschino, and Versace, alongside her mother, during 2018 Spring Fashion Week.

Kaia appeared in Spring 2018 campaigns for Versace, Calvin Klein, Marc Jacobs, and Omega. In 2018, she and Sofia Mechetner led the campaign for Marc Jacobs’s fragrance Daisy. And, in the same year, she was the star of the ‘CHANEL’ handbags campaign and ‘Valentino’ at the same time.

Further, in 2018 Gerber collaborated with Karl Lagerfeld to create the KarlxKaia collection, her first collection. Gerber starred in the video for John Eatherly’s song “Burnout” in July 2019. This was her first music video appearance. And, she was awarded Model of the Year at ‘The Fashion Awards’ in 2018. 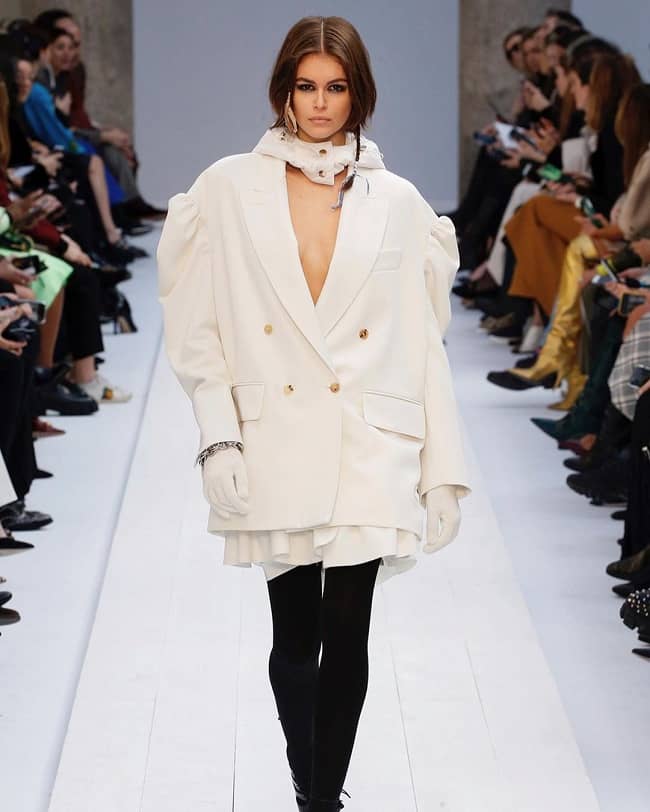 Gerber’s boyfriend was Pete Davidson. Their relationship lasted for only three months before they broke up. The duo started dating on Kaia’s 18th birthday. Before their relationship began, she was rumored to be in a relationship with a few other guys. Fenton Merkel was one of them. They broke towards the end of 2018.

Moreover, she was linked with fashion model Jordan Barrett in 2017 after they were pictured embracing after having attended the CR Fashion Book party in Paris. Likewise, in September, they were pictured partying together at an event organized by Paper magazine. However, neither of them confirmed the truth of their relationship. It is also possible that she is single as of now.

This amazing model stands tall at a height of 5 feet 9 inches. And, Kaia weighs around 54 kilos. Therefore, her hot physique is well suited for modeling. Her eyes and hair are of the same color, brown. Her body measurements are 33-24-34 inches. She is a fitness freak and maintains her body healthy. Moreover, her dress size is 2 (US) or 34 (EU) and shoe size is 8.5 (US) or 39 (EU) or 6 (UK). 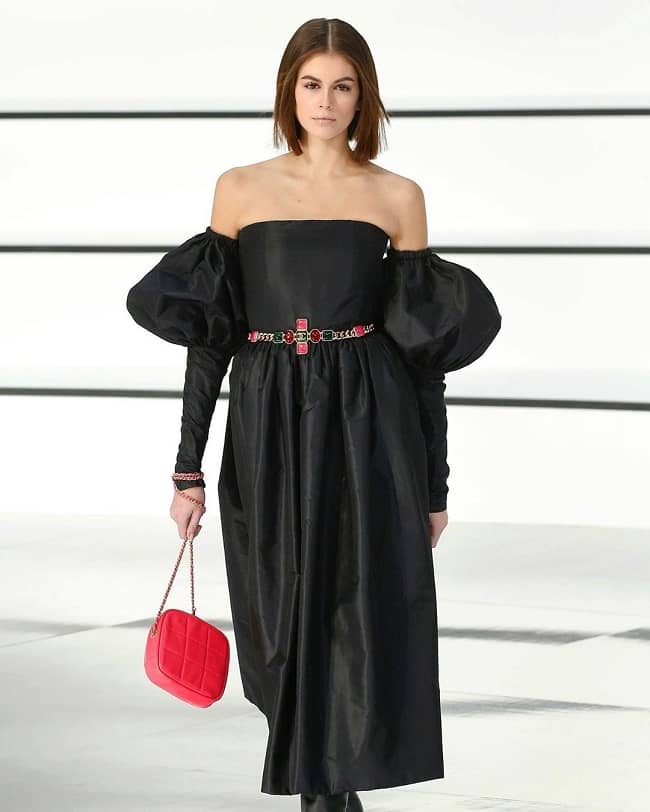 Kaia earns from endorsement deals and multiple modeling shows. Apart from these two sources of income, the young model has appeared in a few movies. However, her estimated net worth as of 2020 is $3 million.