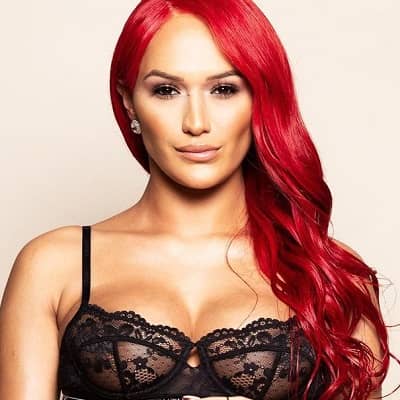 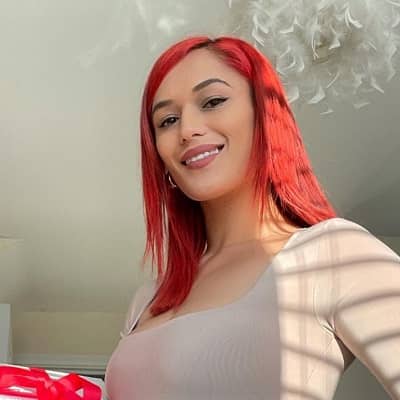 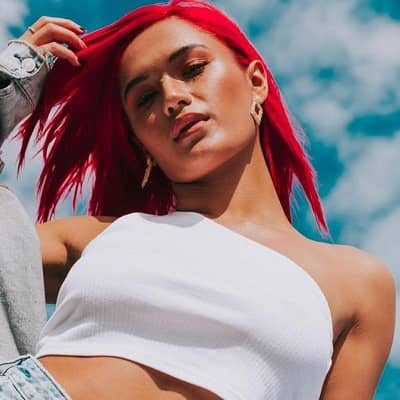 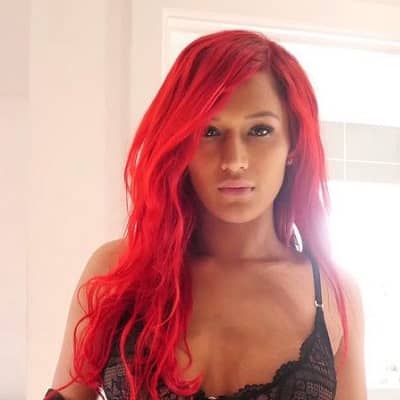 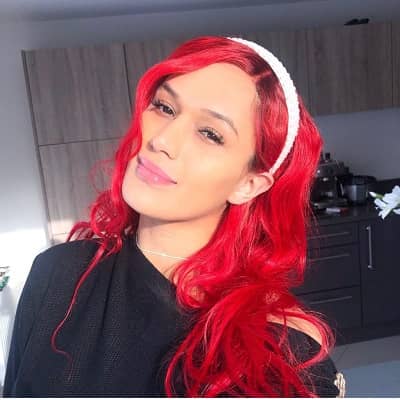 Kaea Pearce is a popular New Zealand dancer. Kaea Pearce is known for appearing as one of the dancers in songs by various artists including Justin Bieber, Jennifer Lopez, Kim Petras, and Enrique Iglesias among others.

Kaea Pearce was born on 21 June 1997 and she is currently 25 years old. She is a native of New Zealand and her zodiac sign is Cancer.

Talking about her family, Kaea’s mother is Marian Pearce (@pearcemarian) whereas her father’s name is a mystery. Nevertheless, her father is often featured on her mother’s Instagram posts.

Likewise, she has two siblings namely a younger sister named Ruthy and a brother named Taylor Pearce (@taylorrpearce_). Further, her sister is also a dancer and both of them attended The Palace Dance Studio. For this opportunity, Pearce moved from Whangarei to Epsom. 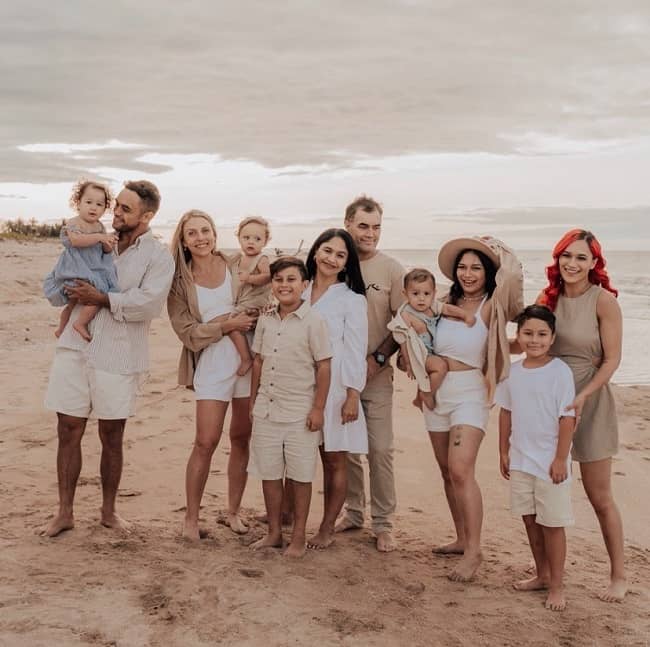 Caption: Kaea Pearce posing for a photo with her family. Source: Instagram

Talking about her social media presence, Kaea Pearce is available on Instagram under the username @kaeapearce. This profile has earned more than 252K followers. Similarly, she is available on Tiktok under the username @kaeapearcee. As of September 2022, this Tiktok account has garnered more than 56.9K followers and 337.8K likes.

Similarly, she created her “Kaea Pearce” Youtube channel in January 2019. While writing this biography, this channel has garnered more than 174k views and 8.29K subscribers with only five videos shared to this channel to date. Also, she is also available on Facebook as “Kaea Pearce”.

Professionally, Kaea Pearce is a well-established dancer. She was already an accomplished dancer as a teenager and Kaea also toured internationally with the world champion crew known as The Royal Family. This was after Kaea was featured in the dance film Born to Dance.

Both Kaea and Ruthy are from South Auckland and they started to dance together when Kaea was 12 years old and Ruthy was about 10 years old.

Similarly, this dancer has also performed alongside Jennifer Lopez at the American Music Awards. This was a performance choreographed by Parris Goebel. She is also one of the dancers in Enrique Iglesias’ song Move To Miami.

Likewise, this dancer was a featured dancer in the Justin Bieber music video for his 2015 hit single Sorry. For this song, she appeared as a member of The Royal Family Dance Crews of The Palace Dance Studio which also included her sister Ruthy.

Talking about her sister Ruthy, she is a former member of the junior dance crew Bubblegum. It is a part of The Palace Dance Studio. Kaea’s sister helped them win both the 2011 and 2012 Hip-Hop World Championships. Later on, Ruthy joined the hip hop crew Sorority. 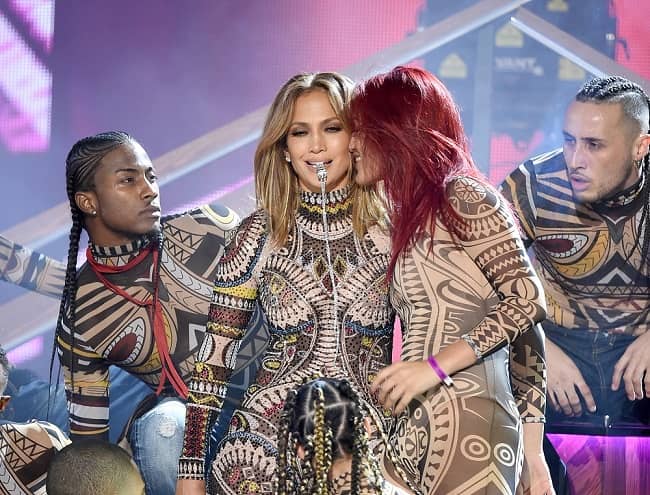 Caption: Kaea Pearce was among the dancers who opened the 2015 AMAs with Jennifer Lopez. Source: Te Ao Maori News

Likewise, she has also thanked or mentioned several other brands for their services or products including brands Blossom’s Boxes UK, @dress.the.event, Leeds Cake & Design (@aryana_cakery), @hirestreetuk, @loungeunderwear, @loungeintimates, @partiesandsigns, and many more.

Kaea Pearce is in a romantic relationship with Bodene Thompson. Her fiancee is available on Instagram under the username @bodenethompson. Together, Thompson and Pearce welcomed their twins namely Reinus Charles Allan Pohe and Blossom Ruth Trisha in February 2021.

Furthermore, her fiancee Bodene is a Maori, an indigenous Polynesian people of mainland New Zealand, and is also a rugby player who plays for Leeds Rhinos. 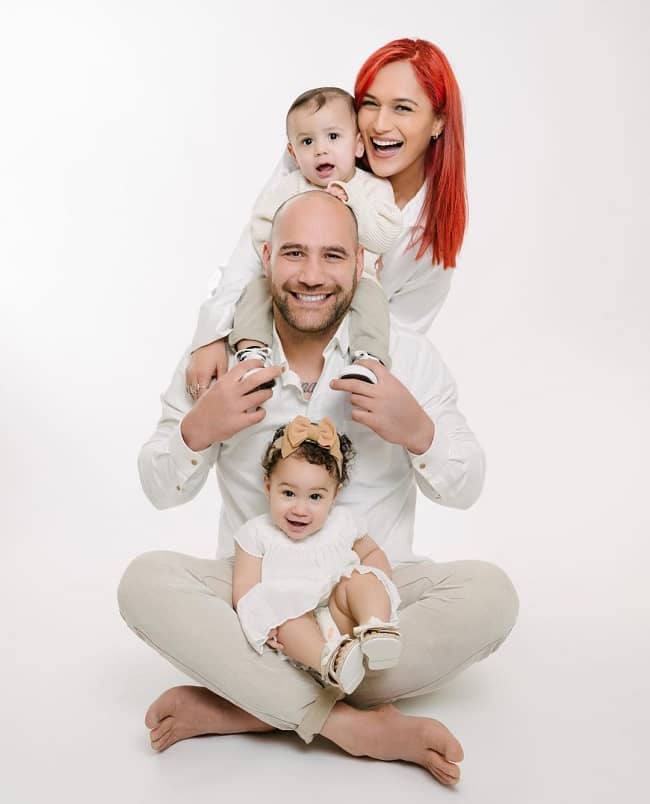 Caption: Kaea Pearce posing for a photo with her fiancee and children. Source: Instagram

Kaea Pearce stands tall at an approximate height of 170.5 cm or 5 feet 7 inches. Likewise, Pearce has a chest-waist-hip measurement of 36-31-38 inches respectively.

However, Pearce’s body weight is a mystery. On the other hand, this dancer has naturally brown hair which she has dyed red, and dark brown eyes.

Moving on, Kaea Pearce has a net worth of around $8 million US dollars. Her career as a successful dancer, brand endorser, and social media personality are some of Kaea’s sources of income and net worth.