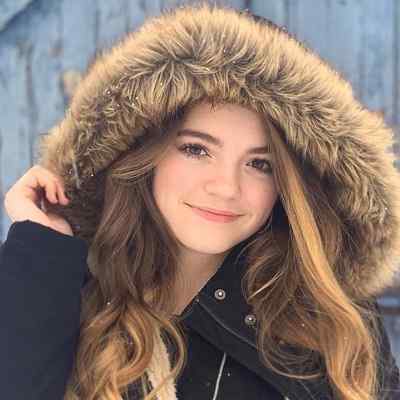 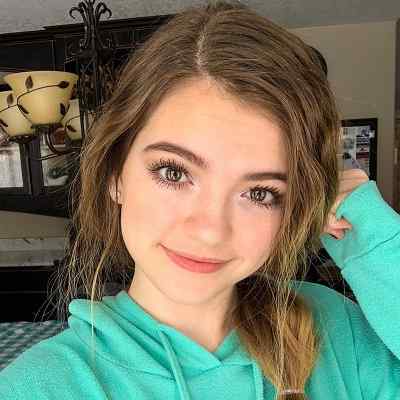 JustJordan33 is a famous  YouTube personality who posts challenge videos to her channel, including her viral video “Operation Slime Challenge!” JustJordan33 also has a family channel named That YouTub3 Family.

JustJordan33 is 18 years old. She was born on May 1, 2002, in Florida, the United States under the zodiac sign Taurus. Her birth name is Jordan Mae Williams. Her mother’s name is Katie and father’s name is David. Likewise, she has three siblings, an elder sister name Audrey and two younger brothers named Jake, and Ty.

Her whole family is engaged in YouTube and has a family YouTube channel named That YouTub3 Family – The Adventurers. She has also frequently collaborated with her sister Audrey AKA AllAroundAudrey. Her younger brothers have a channel called Jake and Ty. 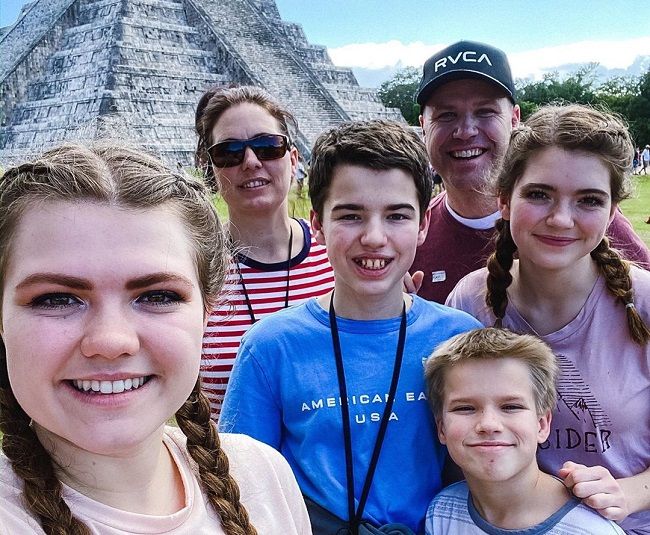 Caption: JustJordan33 posing for a selfie with her family member (Source: Instagram)

Likewise, talking about her nationality, Jordan belongs to American nationality but has not mentioned her ethnic background. Moving toward her educational background, she might have already graduated her high school looking at her age.

Talking about JustJordan33’s professional life, she launched her channel on June 12, 2014. She uploaded her first debut video titled “First Video- Get to Know Me!” on July 5, 2014, and has got almost 726,415 views. Since then, she has been posting videos on her channel. However, after a year her family channel That YouTub3 Family – The Adventurers was launched on May 24, 2015. She also got featured in her family channel posting fun, crazy video along with her family member.

This young and talented YouTuber then came up with challenge-based videos, like  ‘’The Gum Challenge’, ‘Try Not to Laugh Challenge’, and ‘The Chubby Bunny Challenge’. Further, she also began uploading gaming videos and beauty videos. With such impressive videos on a variety of topics, she managed to capture the attention of viewers in no time. Similarly, she has attracted 2.14 million subscribers along with almost 715,812,993 views as of April 2020. Usually, her Youtube videos crossed millions of views.

Likewise, she loves playing with slime and also posts videos regarding it and has been successful to get lost of views among other content. One of the most viewed videos on her channel titled “Operation Slime Challenge!” has gained almost 16,866,492 views.

Some of her other slime videos are “SLIME Switch Up SMOOTHIE CHALLENGE,” with 9.3M views, “30 SECOND Slime Challenge! Making Slime SUPER Fast” with 8.4M views, and “300 Pounds Slime – Duck Pond!? with 7.1M views. 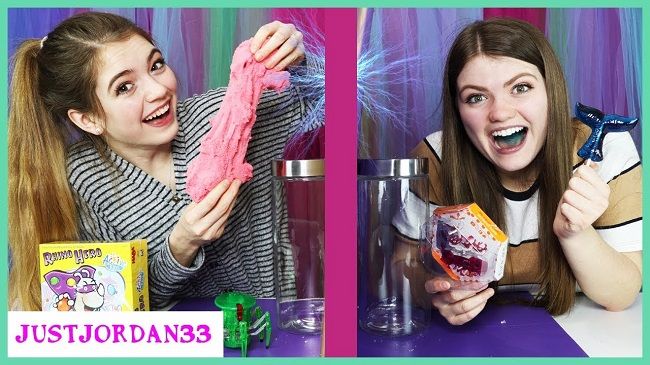 She is also associated with #LEGOHeartSquad along with another fellow young star Sophie Michelle, Nicole Laeno, Katie Donnelly, and Rykel Bennet.

Speaking on JustJordan33’s earning, she is a famous and talented young Youtube star who has earned a decent sum of money through his YouTube videos. Similarly, she is living lavishly and blissfully with her good fortune. Therefore, her estimated net worth is around $1.6 million.

Reflecting on JustJordan33’s love life, she is still single. She has not talked about her relationships on social media handles. She is currently more focused on her career and studies. Likewise, she spends most of her time with her family and friends. However, growing up more young she might surely date her perfect match.

Furthermore, she has not been involved in any kind of controversial acts and has maintained a clean image.  Nonetheless, she is very young to involved in scandalous matters.

Young and beautiful 18-years-old YouTube star JustJordan33 has a very charming personality. She stands a good height of 5 feet 3 inches and weighs around 50 kg. She has brown hair color and a pair of attractive brown eyes. Further, there is no information regarding body statics, shoe sizes, etc.

Being a social media personality, JustJordan33 is active on different social media platforms especially, on Instagram and YouTube. She has gained widespread popularity among youths. On Instagram, she goes by Instagram handles @justjordan33_ with almost 373k followers.