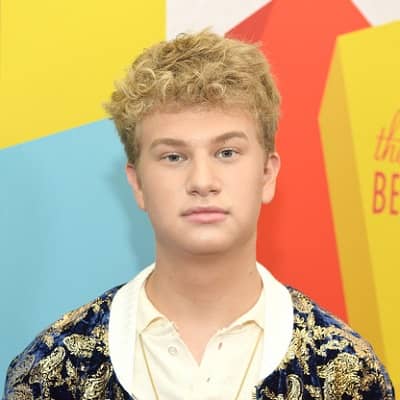 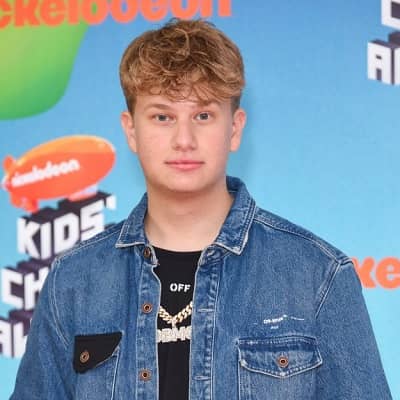 Justin Roberts is a YouTube and Instagram personality. Justin Roberts became one of the youngest members to join Jake Paul’s Team 10. Likewise, he has published vlogs and comedy skits with fellow Team 10 members.

Justin Roberts is 18 years old. He was born on August 17, 2002, in Miami, Florida. Currently, he resides in Jupiter, Florida with his parents and his older brother. His father’s name is Marc Roberts who is a former sports agent and currently working as a real estate developer. Moreover, his father is also the president, CEO, and chairman of Marc Roberts Company.

And also the president and co-chairman of Miami Worldcenter Group. He has also represented a number of high profile sportsmen, was a consultant for the Tom Cruise movie ‘Jerry Maguire’ and is also an author. 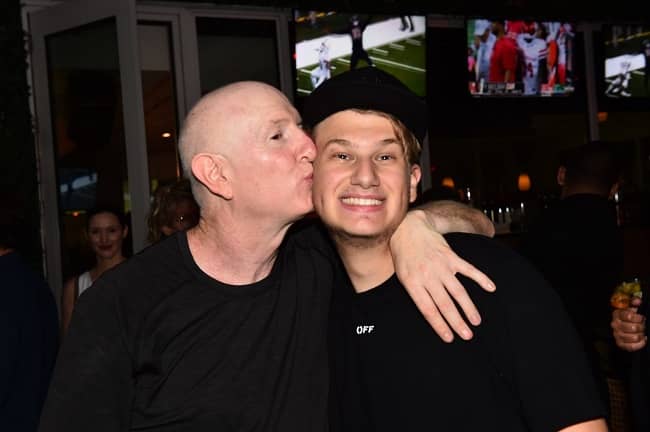 Moreover, he enjoyed playing basketball through his childhood and high school years. Likewise, he developed a love for technology because of its ability to improve a person’s life.  He built a temporary small house for himself in their backyard after living in the Team 10 house for some time. He even planned to build a four-bedroom house on the property.

Moving toward his educational background, he is currently a college student. But he has not disclosed information regarding his educational institution names. Similarly, he holds an American nationality.

Professionally, Justin Roberts is an American social media star. He gained fame for his eponymous YouTube channel and his Instagram profile. Both of his accounts have boasted over a million subscribers. He is a former member of Jake Paul’s social media squad ‘Team 10’.

Primarily he became famous for posting vlogs and viral videos with other Team 10 members. He made videos alongside Amanda Cerny, the Martinez twins, Jake Paul, Katja Glieson, and King Bach. According to one of the videos shared by Jake, he grew up surrounded by celebrities. Notably from sports, thanks to his father’s high profile link-ups. Jake Paul even shared a few pictures of him as a child in the arms of stars such as American football player Santonio Holmes and basketball player, Shaquille O’Neal.

Moreover, he is also friends to NBA MVP Russell Westbrook, who was one of the stars to attend his 15th birthday ceremony, apart from Canadian rapper and singer Drake. he had been interested in technology from an early age. He had contributed lots of interesting content to YouTube previously. However, he is only active on his Twitter account, created in May 2011.

Growing up, he realized that he could become a YouTuber by utilizing his filming and editing skills. Then, he created his self-titled YouTube on April 7th, 2016, and shared his first video on August 12 that year, following which he continued to vlog about his life and travels. After some time, two of his friends took him to a shoot for one of Jake Paul’s vlogs which became very famous. Later, he got an invitation from Jake to be a member of Team 10, which he officially joined in October 2017.

Sadly, he left the Team 10 and made an announcement on his youtube channel on April 28, 2018, with titled  “im Leaving Team 10 ….” Still, after departing from the team 10, he remained in touch with the members and frequently posted videos with them on his channel. 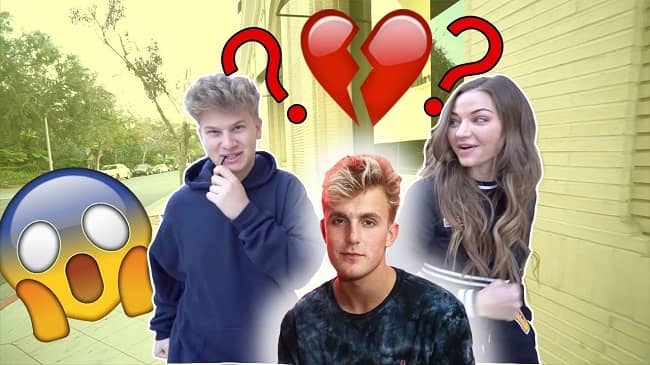 He has released two music videos on his YouTube channel. It includes “Justin Roberts – Way Too Much (Official Music Video),” and “Justin Roberts – Six Figures (Official Music Video).” Likewise, his official music video Six Figures became a hit and gained over 15 million views. And the following video became one of the most viewed videos on the channel.

Further, he also made a YouTube series Work In Progress – Season 1. It is a YouTube show about a YouTuber trying to become a bigger YouTuber. He featured his Team 10 members on most of the videos. As of now, his YouTube channel has garnered more than 1.21 million subscribers, with almost 82 million total views.

On December 26, 2017, Justin Roberts shared a video in which he stated his family was not associated with Team 10. While Jake Paul himself had stated in one of his videos that his father was an investor in Team 10. Considering how suddenly he gained fame and the controversies he has addressed within that time. Many of the fans believe that his social media career was directed by his father.

For example, in October of 2017, his father Marc had hired a $292,000 2017 Ferrari 488 Spider from Elite Lux Life, a Los Angeles based travel company, to support him film a viral video. In November of 2017, he shared a picture on Instagram with the car and captioned it “I am 15 years old and I bought a Ferrari #DreamsDoComeTrue.” He even shared a video showing his new car.

Next, on December 14, 2017, he uploaded a video titled ‘Jake Paul smashed my Ferrari’s windshield.’ In the following video, Jake Paul destroyed the wrap-around of the car with bolt cutters after he lost to him in a rock-paper-scissors game. While he pretends not to have realized that Jake would go to such limits, he can be caught telling in the video that it is a good thing as it would give him a click-bait video to attract one million subscribers.

Despite knowing that the video was to be shared online, his father said to Elite that the damage was induced after a tree branch fell over the car. After sharing the following video, the company defied his father, who shifted all the blame to Jake Paul. After Marc denied to repay Elite for the damage and daily rental loss, the company frightened to report to the police for the “premeditated act of vandalism”.

This prompted his father to accept to pay, but after paying about half of the bill amount, he ended communication with the company. Thus, the company is reportedly considering filing a lawsuit for the remaining $35k.

Speaking on Justin Roberts’s earning, he is a famous social media personality as well as a young YouTuber. He is one of the youngest members of Jake Paul’s Team 10. He has earned a quite considerable sum of money through his social media presence, Therefore, he has an estimated net worth of $70,000.

Justin Roberts is probably single currently. It’s quite difficult to report about his love life since he has stopped posting any videos and pictures. 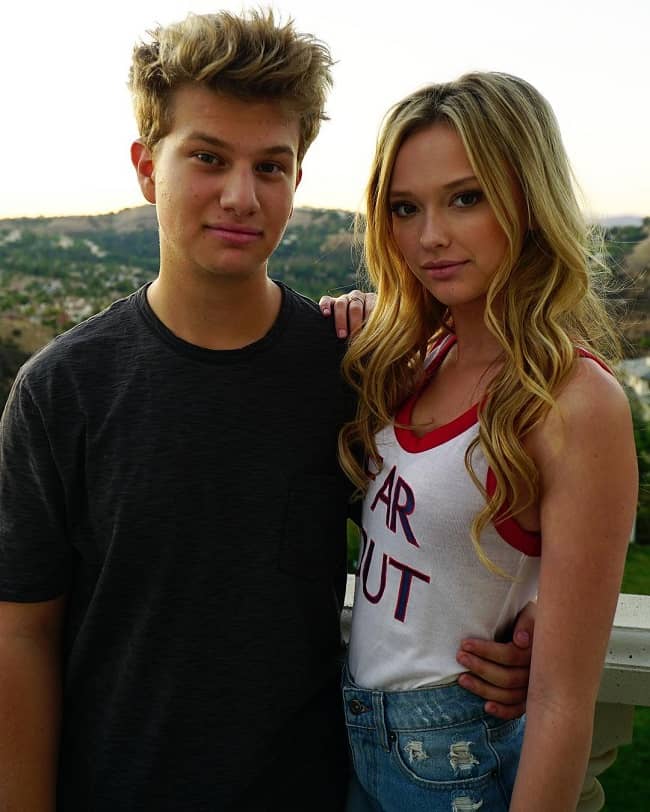 Caption: Justin Roberts on the photo with his ex (Source: Instagram)

Moreover, talking about his past affairs, he has dated a fashion model, Rai Lollie, in late 2017. On 29th October 2017, he uploaded a video in which he asked her to be his girlfriend with the support of Jake Paul. In the following video, he flew a banner over the Team 10 house in an aircraft. However, within a few months, fans began questioning if they are still dating. Later, he stated in one of the videos that she was away from Los Angeles. And it became difficult to continue the relationship.

Thus 18-years-old Handsome hunk Justin stands a height of 5 feet 8 inches tall (1.75 m). He has a body weight of around 74 kg. He has a cute personality with blonde hair color and green eyes.