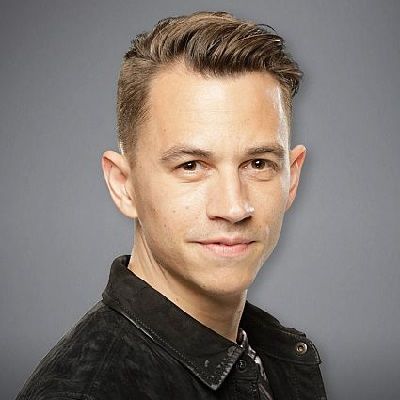 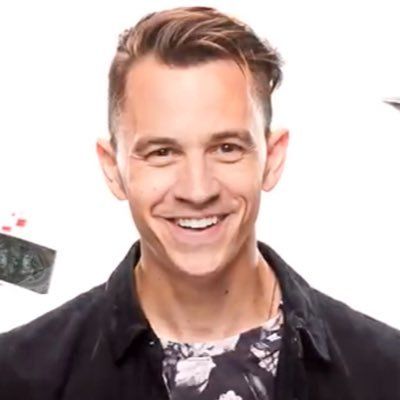 Justin is an American magician (36 years) who was born on April 29, 1986, in Edina, Minnesota, United States. He currently lives in Las Vegas, Nevada to broaden his business. He is also known as Flo. His father’s name is Scott Flom, and his mother’s name is not known yet. Justin has three siblings, two brothers, and one sister. But then their name is not known. There is no information on the Collins religion.

He was homeschooled by his parents. However, he skipped college in 2005.

Justin was born in a magician family. His father, as well as his uncle both, were a magician. He started doing magic with his siblings at an early age. In 2005, he performed at The Branson Mall music theater. He was the youngest headliner on the strip. And lots of people loved his performance which made him famous in the city. Then after he became more and more successful.

In 2006, he built a custom-designed theater above the Majestic Steak House. Which is  Imaginary Theatre and Magic Parlor, a three-room magical experience that contains the 108-seat theater stage.

Justin starts making more videos in 2011 when fellow magician, Rick Lax, suggested he make more magic videos online. After selling his large magic boxes. Then, he started working on new effects with coffee, Coke, Life Savers, and Nerds. Then, he began posting videos on social media, and anywhere else he could find an outlet online. 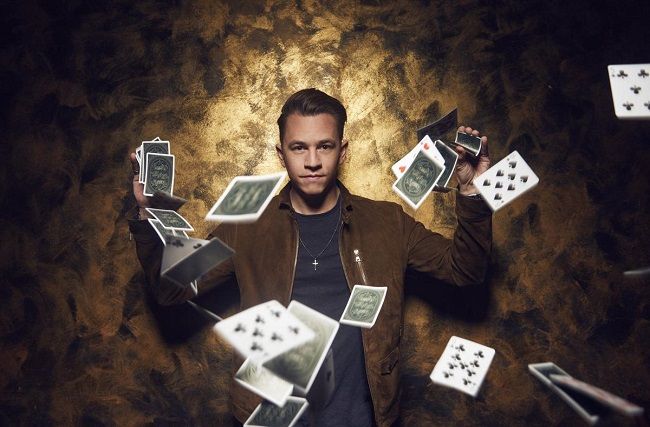 Caption: Justin Flom, (Sources: St. Louis Post-Dispatch) In 2014, Justin was in Band of Magicians with Justin Willman, and Nate Staniforth. Later, when he takes charge and became the “heartthrob” of the group. Justin started doing new-school card tricks and even a trick with everyone’s phone and Instagram, and the fans loved it. Then, the same year, He produces a new show, “Wizard Wars” starring along with Penn and Teller and several other magicians competing to create magic out of ordinary objects on the spot.

In 2015, Justin was globalizing the magic by appearing on the Late Late Show, WWE, Today Show, The Ellen Degeneres Show, and other television shows. He is also famous for “Card Hit Wonder” and “Soldier’s Deck of Cards” videos. However, he spends most of his performing and filming YouTube videos and Snapchat in 2016-17. Later, in 2018, He performs “sawing the lady in half” with the magic effect which gains him more than 100 million views. He was a contestant in the world’s best and reached the champion round.

Justin’s first book, “Adventures of a Kid Magician,” hit Walmart shelves in February 2016. The book is about how magic gets him in and out of trouble. Along with the life lessons he learns along the way.

In 2013, Las Vegas Weekly named him “Best Up-And-Coming Entertainer” with Weekly Awards. Buzzfeed named Justin one of their “15 Snapchat Enthusiasts That Will Inspire You To Take Better Snaps”. Moreover, he has been praised by many celebrities around the world.

Justin has an estimated net worth of around $100,000-$1 million. He hasn’t spoken about his salary yet. However, his sources of income are from Hosting, Touring, Magic show, and working for different TV shows.

In 2009, Justin married Jocelyne Sharp who also record most of his videos. Together they have two daughters named, Haven Grace in 2016, and Holiday Faith in 2019. After their marriage, they went to Las Vegas to expand their business. He is a coffee lover. There is no information about his previous affairs. 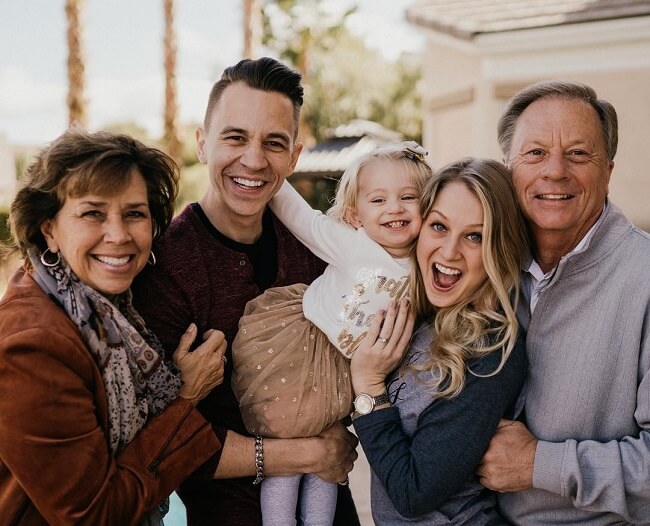 Justin recently uploads the controversial video with their 4-year-old daughter performing Sawing the baby in half which drew praise as well as criticism for depicting the baby. Other than that there are no rumors and controversy.

The talented star has more than 11.3k followers on Twitter.  And his Instagram account has more than 172k followers. He is quite popular on Social media. Moreover, he has a self-titled YouTube channel that has more than 212k subscribers. 926,662 people are following him on Facebook.