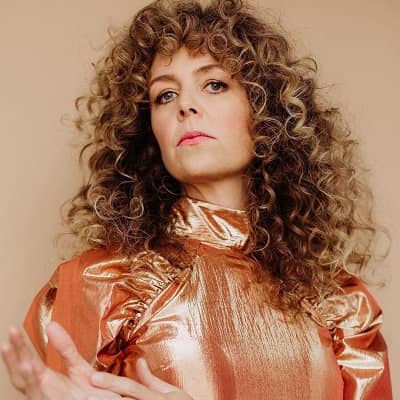 Juno Ruddell is a Canada-born American actress, writer, and producer.  Juno Ruddell is famous for her role as Frankie Coyne of the popular CBC series ‘Workin’ Moms’.

Juno Ruddell was born on 14th May 1977 and her age is currently 44 years old. her zodiac sign is Taurus. She was born in Vancouver, Canada but is originally from Saltspring Island, British Columbia, Canada, and holds an American nationality. Talking about her ethnicity and religion, she belongs to Caucasians and follows Christianity. Regarding her personal life and family background, there is no information about her parents in the media.

However, in one of the interviews she has given, she mentioned that her father is an actor but did not reveal his name. Likewise, her mom is a household. She is the eldest of two siblings. One of the sibling’s names is Darla Biccum.

Furthermore, talking about her educational background, she is a graduate. She studied at her high school in Gulf Islands Secondary School. She completed her bachelor’s degree in Arts theatre. She went to Vancouver’s Studio and graduated with Honors in 1999. Similarly, she went to Studio 58 Theatre and Langara College.

Juno Ruddell is an actress, writer, and producer. Ruddell got involved in National Film Board Films and local school productions with her father when she was 6 years old.  She made her acting debut in a short movie “Movie Movie”. After nine years in 1995, she was cast in “The War Between Us”. Likewise, she has played in several movies including ‘Home Song’ in the year 1996 as a young teen girl. Followed by this, she played the role of Cindy in the 1999 movie ‘Mr. Rice’s Secret’. Similarly, in the same year, she played the role of a waitress in the movie ‘Brotherhood of Murder’. Followed by this, she played in the movie ‘The Linda McCartney Story’ as Wanda in the year 2000.

Likewise, after some gap in her acting career, she made her comeback from the thriller movie ‘Jennifer Body’. This movie was released in 2009 and she played the role of Officer Warzak. Followed by this, she played the role of Sally in the movie ‘Tooth Fairy’ in the year 2010. Likewise, her recent movies include, ‘Workin’ Moms’, ‘Her Story No.3: In the Absence of Angels’. And ‘Hypernova’. Her Workin’ Moms’ became quite popular and are famous for her role as Frankie Coyne in the movie. 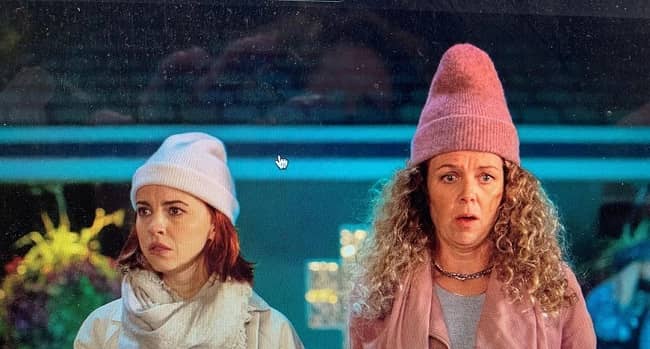 Focusing on her earnings and income, Juno Ruddell earns from various areas as a writer, producer besides actor. Likewise, her primary source of income is from her acting career. Similarly, she has been making a decent amount of earnings and impressive fame from her acting career. Likewise, talking about her net worth. She has an estimation of a net worth of around $1 million. Similarly, about her salary, she may be earning around $56000 per annum.

Juno Ruddell is in a straight and marital relationship with Michael (Mike) Rinaldi. Her husband is also an actor, writer, and director who is popular for the works like The Heaviness of Things That Float, Snarl, and What if. They tied the knot long after dating. The couple resided in Los Angeles with their children in the year 2015. The couple is blessed with two sons.

Juno Ruddell stands 5 feet 8 inches tall and weighs 49kg (110lbs). Looking at her physical appearance, she has an hourglass body type. Talking about her body measurement, her vital stats is 34-26-34. Likewise, her bra size is 32B and her dress size is 4 (US). Similarly, she has fair skin with captivating blue eyes and curly brown hair color.