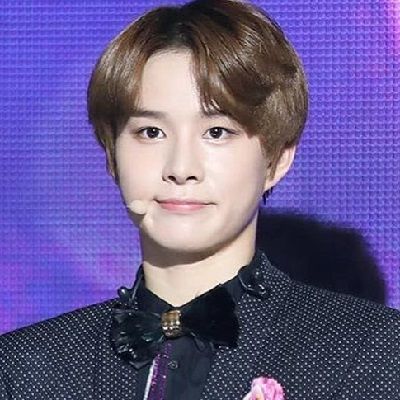 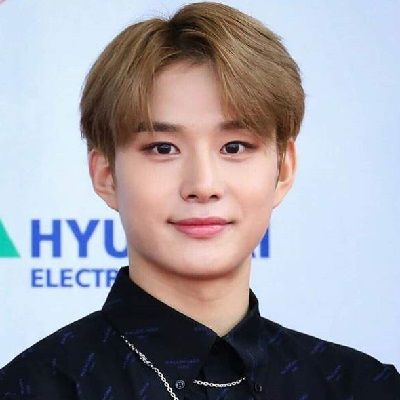 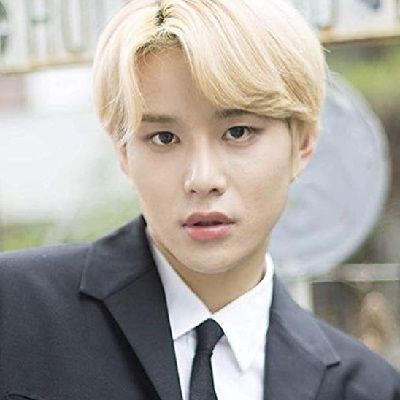 Jungwoo is a South Korean pop singer who is s member of the popular K-pop boy band NCT, more specifically the subgroup NCT U.  Jungwoo was announced as a new member in January of 2018.

Jungwoo’a age is 24 years old as of 2022. He was born on February 19, 1998, in Sanbon-dong, Gunpo, South Korea under the zodiac sign Pisces. His birth name is Kim Jung-woo. He was born to South Korean parents and admires his parents the most but has not mentioned their names. Jungwoo has an older sister who is four years elder than him.

Likewise, he holds South-Korean nationality but ethnicity is Korean. He has lots of nicknames as Jungwoo-s, Jwoos, Smurf, Snoopy, Number 09, Jungpal, Zeus, Kim Pure, Jung Sunyi, Taemin, The Spring Boy, Chil Jungwoo, Soomjinddo, A.K.A Nam and so on.

Similarly, his dream was to be a football player, an action actor, as well as a chef when he was a child. And currently, he wants to travel around the world.

Moving toward his educational background,  he studied at Gimpo Jeil Technical High School and graduated in Mechanical Engineering. He got interested in dancing after watching a music broadcast by chance when he was in an elementary school.

Talking about Jungwoo’s professional life, he was first introduced as part of the SM Rookies class on April 18, 2017. Then, he also got featured as a first public appearance in the music video for Super Junior Yesung’s “Paper Umbrella.”

Likewise, before his debut to NCT, he used to get training and also often seems with the NCT team wearing masks. he used to tell his friend he is going to a cooking class. On February 18, 2018, he made his debut on the sub-unit NCT U with the single “Boss”. Similarly, he made an appearance on the project unit NCT 2018 with the full album, NCT 2018 Empathy on March 14, 2018.

Further, he made his debut on the sub-unit NCT 127 with the mini-album, NCT #127 Regular-Irregular on October 12, 2018. Likewise, his featured popular songs are Regular, Highway to Heaven, CHERRY BOMB, Let’s Shut Up & Dance, What We Talkin’ About, Wakey-Wakey, Superhuman and many more. His recent Halloween getup was viral. 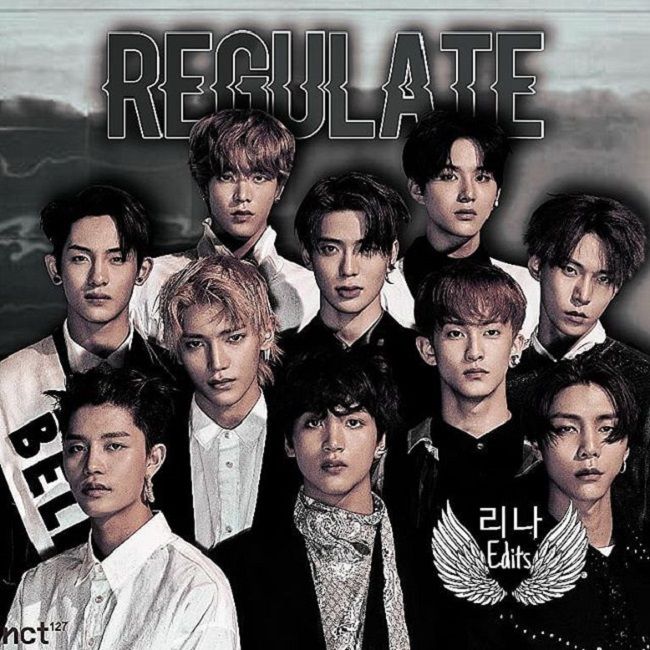 Caption: Jungwoo along with his NCT 127 Band member (Source:
Gramho)

Jungwoo has to break due to his health issues in late 2019. On August 16, he was not able to perform at the ‘Spotify on Stage in Midnight Sonic’ event in Japan with NCT 127. Previously, he was even absent from the ‘Capitol Congress 2019’ event and the filming for ‘2019 Idol Star Athletics Championships’.

Speaking on Jungwoo’s earning, he is a rising South Korean pop star who has earned a quite considerable sum of money by his work.  He is living a good lifestyle through his good fortune earned form his hard work and dedication toward his work.

However, he has not revealed his exact net worth as well as an annual salary. But his band NCT has estimated net worth around $1.2 million. Currently, he has not signed brand endorsement deals with any brands. However, it is sure that he will surely be endorsing some of the top brands from around the world real soon in the future.

Reflecting on Jungwoo’s relationship status, he might be single currently. He has not married and neither has his own kids. He has kept his personal life too private. Similarly, he has not opened up about his relationship. However, he might be busy focusing on his career as well as waiting for his perfect match to pair up with.

Furthermore, Jungwoo has not been involved in any kind of controversial acts as well as maintained a clean profile.

The 22-years-old cute Jungwoo has a very charming personality. He is handsome and very attractive. He has a tall height and fit body physiques that stand around 5 feet 9 inches with weighs around 58 kgs. Likewise, he has a pair of dark brown eyes with brown hair color but he often experiments with his hair color like orange, blonde, etc. 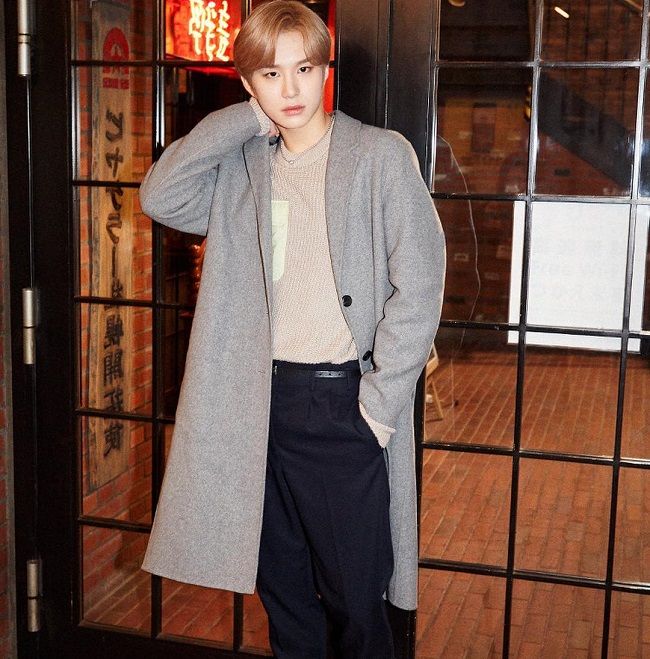 Likewise, he has over 1.11 million subscribers on his associated NCT 127 Youtube channel. 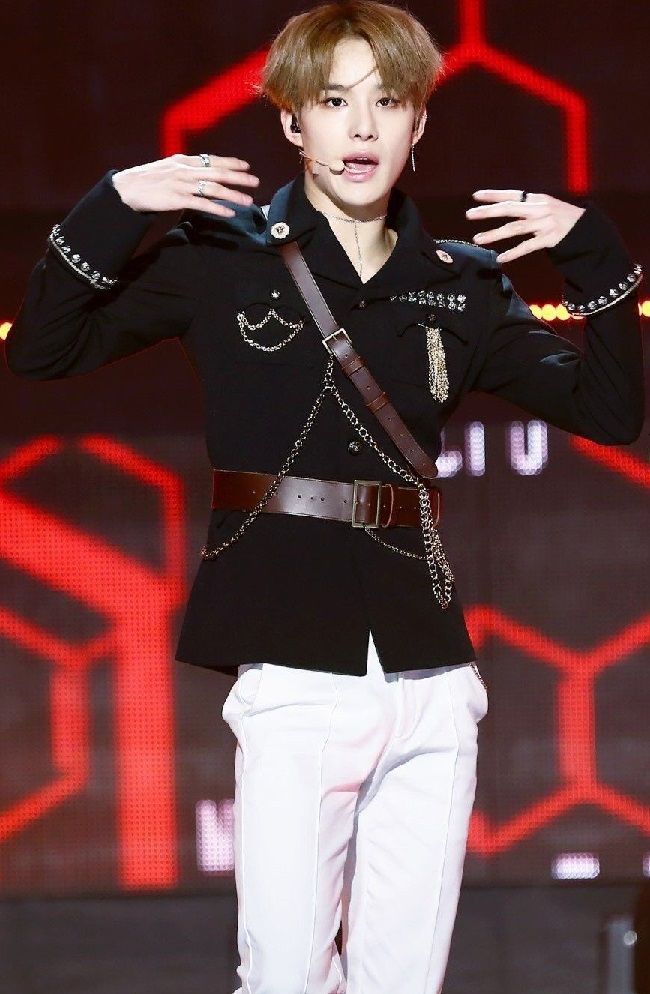 Looking up to his Jungwoo’s interesting fact, he likes having snacks during practice and always brings a lot in his bag in the practice room. Usually, he gets flushed after one drink and has low alcohol tolerance. His face gets all red after having a drink. His favorite Chinese dishes are hotpot and wu hua rou. He got emotional and cried right before his first performance with NCT U. Justin Bieber’s “All In It” (Apple NCT’s Playlist) is the song that made him want to become a singer.

Furthermore, he said that he would want to switch bodies with Ten because he is charming. He said it during the NCT 2018 Spring Fan Party. Likewise, he is also good friends with Mark and Stray Kids’ Woojin. Moreover, he respects Shinee’s Taemin the most among all the senior artists. He is also very bad at cooking and loves his mother’s chicken dish the most. Jungwoo also loves puppies and dislike horror movies. Similarly, he once appeared on Super Junior Yesung’s music video Paper Umbrella.