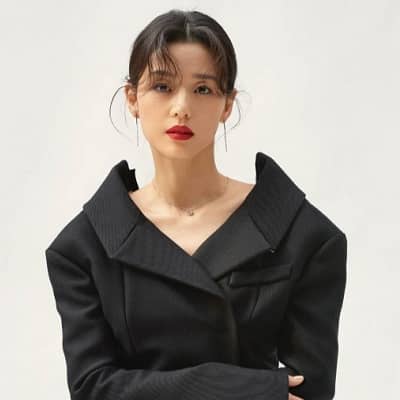 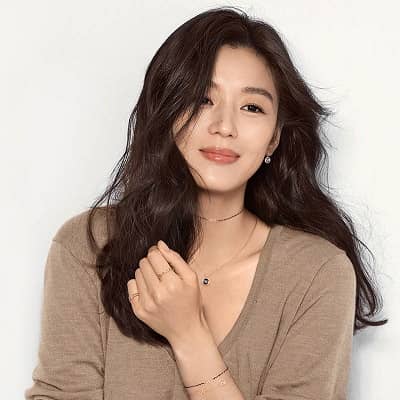 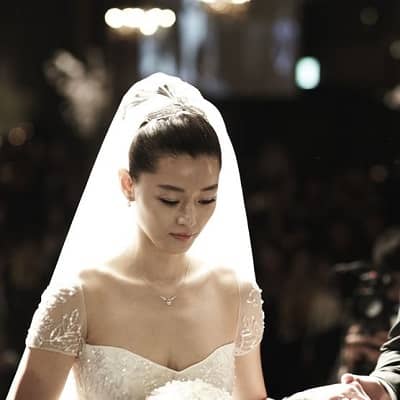 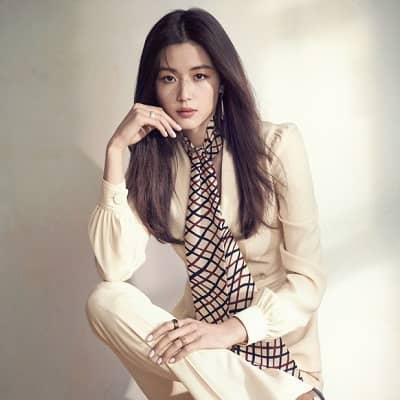 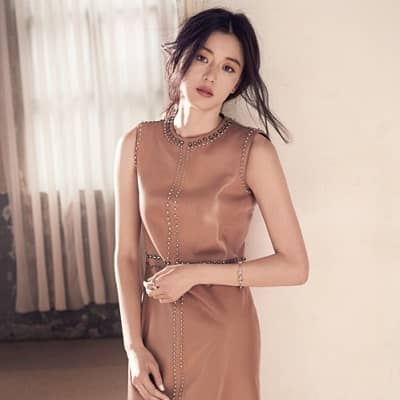 Jun Ji Hyun is one of the top Hallyu stars from South Korea. Jun Ji Hyun is an internationally popular actress and model. She has appeared in several well-known films and TV dramas including Sassy Girl, My Love from the Star, Legend of the Blue Sea, Windstruck, The Thieves, and Assassination among numerous others.

She was born on 30 October 1981 and she is currently 39 years old. Her hometown is Seoul, South Korea, and her zodiac sign is Scorpio. Likewise, her birth name is Wang Ji Hyun (왕지현/王智賢) and she has an older brother. Her English name is Gianna Jun. Moreover, Jun Ji Hyun is her stage name and is written as 전지현 in Korean and as Hanja as 全智賢.

Ji Hyun’s mother’s friends and her mother herself encouraged her to be a model or actress. It was because of Ji Hyun’s height and slim figure. During her childhood, she dreamed of becoming a flight attendant. However, after a plane flight experience, Ji Hyun gave up this dream.

Jun Ji Hyun is one of the top Hallyu stars from South Korea. She is an internationally recognized actress as well as a model. Ji Hyun started her career in the entertainment industry in the year 1997 when she was only 16 years old. She initially started as a model for Ecole Magazine the aforementioned year.

Likewise, she is a recipient of multiple awards. Some popular awards that the actress has won include two Grand Bell Awards for “Best Actress” and a “Daesang (Grand Prize) for Television” at the Baeksang Art Awards. 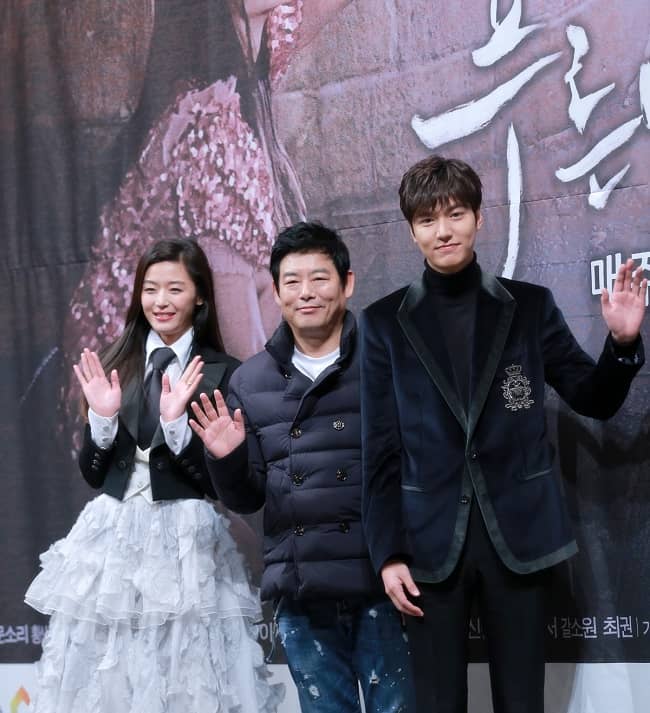 The veteran actress gained international fame with My Sassy Girl in the year 2001. This film is one of the highest-grossing Korean comedies of all time. She also appeared in Il Mare, Windstruck, The Thieves, The Berlin File, and Assassination among other well-known films.

Jun Ji Hyun also starred in several popular TV drama series including My Love from the Star and Legend of the Blue Sea. Currently, she stars as Ashin in Kingdom: Ashin of the North. It is a Netflix series. Moreover, in the year 2021, Ji Hyun also appeared as Seo Yi Kang in the tvN series Cliffhanger.

Likewise, Ji Hyun was dubbed “3金 Troika” (3金 트로이카) alongside actresses Kim Tae-hee and Song Hye Kyo in the early 2000s. They are more commonly/collectively recognized as “Tae-Hye-Ji”. Further, the success of her projects established her as a top Hallyu star.

The actress has also appeared in several music videos in the late ’90s and early 2000s. In the year 1997, Ji Hyun appeared in Cho Kyu Man’s music video Will You Understand, in Leon Lai’s 1999 song The Beginning of Love, in Jang Hyuk (T.J Project)’s 2000 Hey Girl and Love of the Sun and the Moon, and Yumi’s 2002’s long “Love Is Always Thirsty. Actress Ji Hyun also hosted the 1998 SBS program SBS Popular Song alongside Kim Seung Hyun. 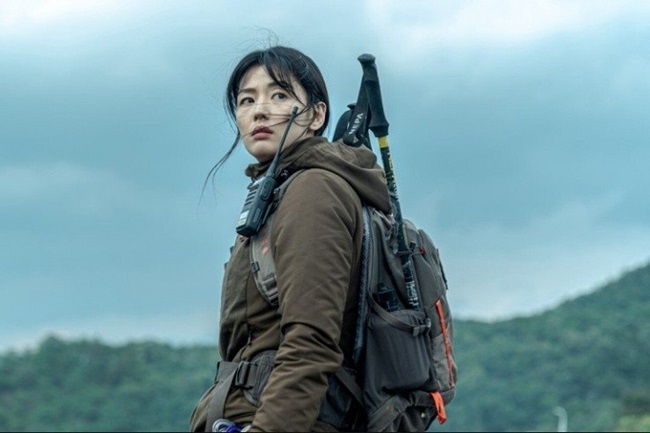 Jun Ji Hyun made her long-predicted jump to Hollywood with the lead role in Blood: The Last Vampire. For this role as a sword-wielding martial arts heroine, Ji Hyun underwent three months of hard training. The film was filmed in China and Argentina in the year 2007. This was also when Ji Hyun started using her English name Gianna Jun.

In the year 2008, she launched her own luxury jeans brand called “Gianna by True Religion”. The Hallyu star cut off her signature long silky hair for her role in A Man Who Was Superman starring Hwang Jung-min.

Similarly, in the year 2010, she worked with Li Bingbing, a Chinese actress, in the English-language film Snow Flower and the Secret Fan. At a similar time frame, she became the 1st Korean actress to appear in the iconic fashion magazine. Photographer Annie Leibovitz photographed actress Ji Hyun for the July issue of Vogue, in its American edition. 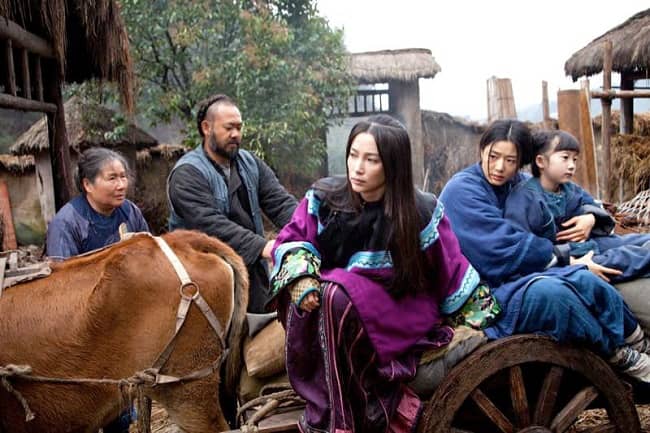 Jun Ji Hyun was among the actors who sued Screen in 2006. This monthly movie magazine commercially using actors’ pictures without permission. The other Korean stars who were involved in this are Jung Woo-sung, Kim Sun-a, Jo In-sung, Ji Jin-hee, Cha Tae Hyun, and Yang Jin-woo. In 2007, the Seoul Central District Court made the publisher pay each star ₩5 million to ₩15 million. This was for infringing on the stars’ publicity rights.

Then in the year 2009, police discovered the illegal cloning of her cell phone. The private detective, Kim, testified that SidusHQ had ordered him to do so. SidusHQ was Ji Hyun’s then management agency of 13 years. For this, the brother of the agency’s founder and then CEO Jung Hoon Tak paid Kim ₩6.4 million in cash for this task.

As per the Seoul Metropolitan Police, her ex-agency used the cloned phone to keep tabs on the actress so that they to exert control over all aspects of the actress’s life. However, SidusHQ denied the allegations. Jung Hoon Tak was cleared of all the charges due to lack of evidence, Kim was sentenced to one year in prison, whereas her brother was suspended in jail terms.

In the year 2011, once again, Jung Hoon Tak was accused of illegally using Ji Hyun’s bank account. He used it to pocket profits from a merger and acquisition. The ex-CEO reportedly made ₩200 million after purchasing a stake in the junior KOSDAQ-listed Stom E&F in 2009. In Financial Supervisory Service’s investigation, Hoon Tak testified that the actress was unaware that such an account even existed under her name.

Jun Ji Hyun is a married woman. She married her husband, Choi Joon-hyuk, on April 13, 2012. The couple had over 600 guests during their wedding ceremony organized at Shilla Hotel in Jangchung-dong, central Seoul. The guests were celebrities, close friends, and family.

Her husband is a banker as well as the grandson of Lee Young-hee – a famed hanbok designer. Choi Joon-hyuk is also the son of Lee Jung-woo – a fashion designer. She and Choi welcomed their first child, a baby boy, on February 10, 2016. The family then welcomed their second son on January 26, 2018. 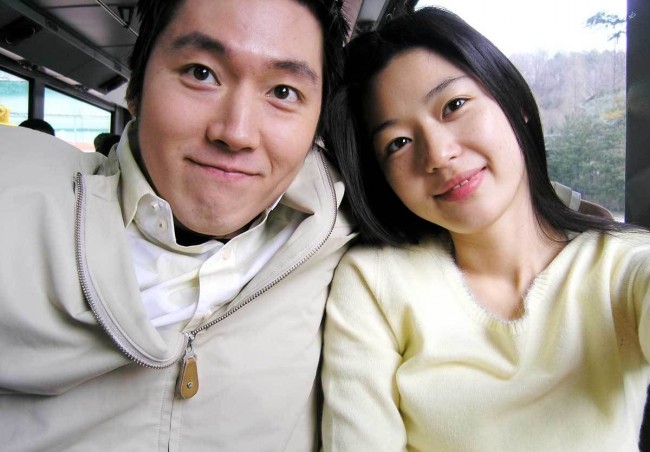 Caption: Jun Ji Hyun posing for a photo with her husband. Source: KDramaStars

Her height is 1.73 meters or 5 feet 8 inches and her weight is around 55 Kgs. Likewise, Ji Hyun’s chest-waist-hip measurements are 34-26-35 inches respectively. Likewise, the Hallyu star has dark brown hair and eyes of the same color.

Moving on, her net worth and earnings are still under review. The actress reportedly earns around $83,900 per drama episode and has assets worth ₩187 billion won (equivalent to RMB 500 million) in real estate. Likewise, when her husband officially took over the family business, Choi’s net worth was approximately 10 billion and hence became the company’s largest shareholder.