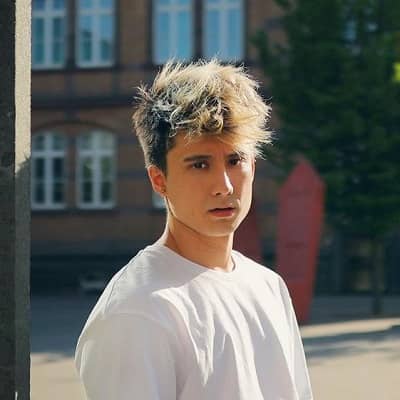 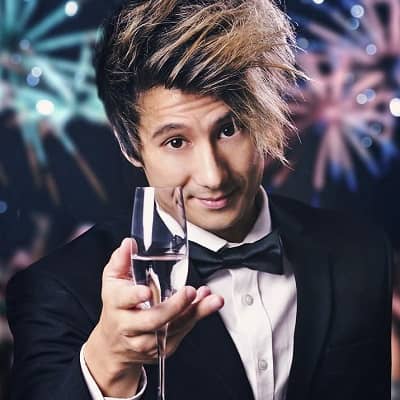 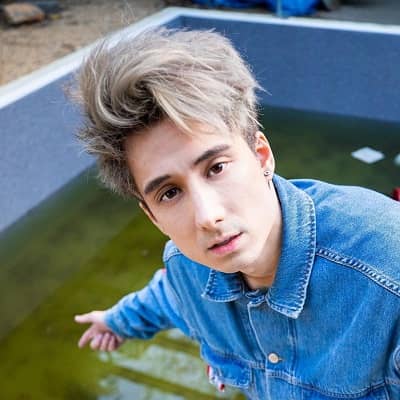 Julien Bam is a German Youtuber, dancer, singer, filmmaker, photographer, and director. Julien Bam is also a Twitch gamer as of recent days.

Julien Bam was born on November 23, 1988, and he is currently 32 years old. He is a citizen of Germany and his zodiac sign is Sagittarius. Moreover, his mother was an artist and he also has a brother whose name is Shawn. Also, his full name is Julien Zheng Zheng Budorovits.

Talking about his ethnic background, he is half Singaporean, a quarter Russian, and a quarter Czech. He also lived in Singapore as his mother is a Singaporean. At present, he lives in Aachen. It is a spa city near Germany’s borders with Belgium and the Netherlands. 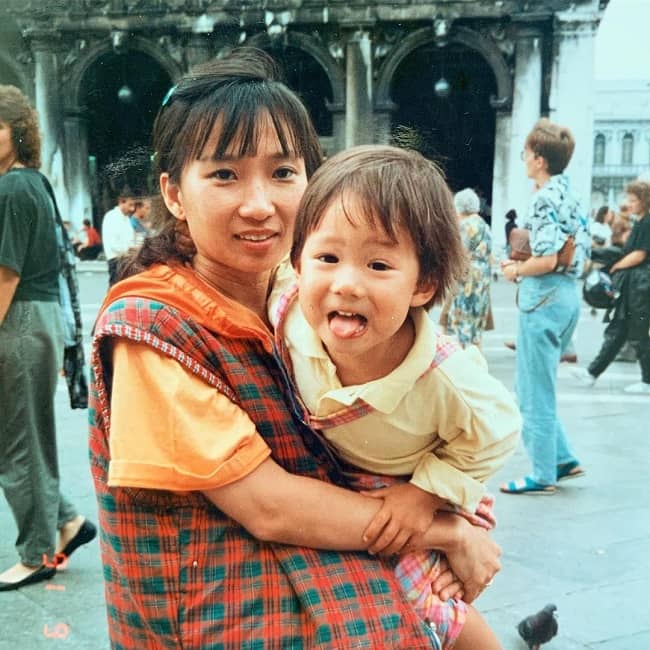 Caption: Julien Bam posing for a photo with his mother in a childhood photograph. Source: Instagram

Professionally, Julien Bam is a multi-talented personality. He is a social media sensation, dancer, singer, filmmaker, photographer, and director.

He is most popular for his self-titled YouTube channel. On his channel, he posts dancing, singing, comedy and vlog content for his more than 5 million subscribers. Similarly, Julian was also a member of “JuBaFilms” and has collaborated with Cheng Loew on the channel “FlyingPandas”.

Furthermore, he grew up playing multiple musical instruments. It includes the guitar, piano, and violin. Prior to creating his self-titled channel on 17 February 2012, he had five other channels. On these channels, he uploaded dance videos and card tricks.

Moreover, he also has more than 4.3 million followers on Instagram. On this photo-sharing platform, he shares his traveling adventures. He has contributed to advertising campaigns for Fanta. Some of his most popular videos feature fellow German internet phenomenons like LionT and Melina Sophie. 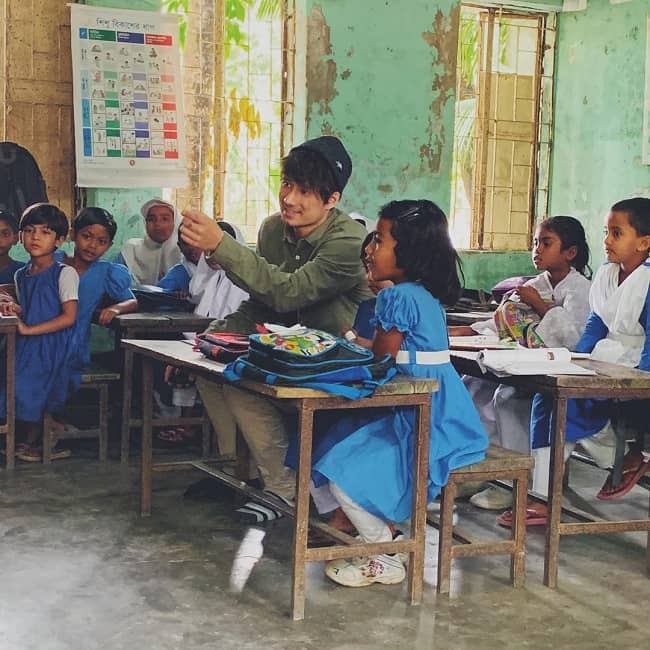 Caption: Julien Bam captured while interacting with the students in a school of Bangladesh’s Island during his project with UNICEF. Source: Instagram

As mentioned in several of his Youtube videos, he acquired his photography and film technique skills himself. He published his first video on 19 February 2012, only two days after creating it. Before this, he already had several Youtube channels, which are now inactive. One of them was called “JuBaFilms”. It was a short film channel which he ran with Gong Bao and Michael Hilli.

Furthermore, he is also a breakdance dancer. He often shows his dancing skills in his Youtube videos. Additionally, he also gave dance lessons for three years. However, he stopped doing so in favor of his web videos. Similarly, with Vincent Lee and Joon Kim, he also leads the channel “Bento Brothers”. On this channel, we can find “Behind the Scene” videos.

Behind the camera, he was part of the Got-to-Dance crew. In the year 2015, he received the 1 Live Krone award for his video Most Epic Dance Moves. In the clip, he offers various dance styles with Joon Kim. Joon Kim is also a Youtube star.

In the year 2016, he won the German Web Video Prize in the “Person of the Year Male” category. The same year, she also regained the 1Live crown and was at the Kids Choice Awards. At the latter event, he was nominated in the category “Favorite video bloggers: Germany, Austria, and Switzerland”. However, he didn’t bag this award and it was rather bagged by Dagi Bee. He received a nomination for this same award ceremony’s same category in 2017.

Sometime later the same year in 2017, he became the Westphalian North Rhine-SPD member in the 16 German Federal Assembly for the election of the President. Moreover, fr the film, Despicable 3, he dubbed the voice of the robot cartoon character Clive. 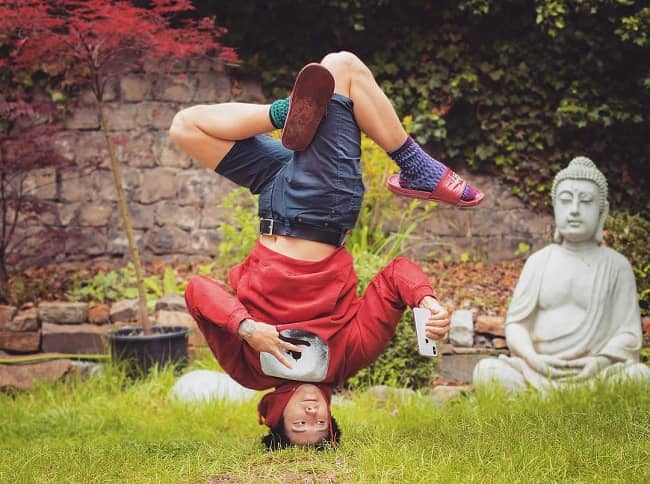 Caption: Julien Bam captured in a photo while doing a head-stand. Source: Instagram

He has been cooperating with the got2b brand since 2018. He has also brought out his own hairspray. In April of the same year, he also participated in the ProSieben’s show Beginner versus Winner. The same year, he opened Bamschool, his own dance school in Cologne. However, he closed it a year later due to high costs.

In December 2018 and January 2019, he worked alongside Nikeata Thompson, Vartan Bassil, and Dirk Heidemann. They worked together as jury members/coaches of the TV show Masters of Dance. He also spoke in the 2019 film Everest – A Yeti, He lent his voice for the character Jin.

Additionally, he also lent his voice to the video game Sonic the Hedgehog. Then on 21 December 2019, he announced that he would no longer publish videos on his main channel “Julien Bam”.

Since 2020, he is available on the live streaming – video portal Twitch. On his YouTube channel JUcktmichnicht, he daily uploads highlights and reactions that were created in a stream on Twitch. On this channel, he published the first video in January 2020.

There is no verified information regarding Julien Bam’s relationship status and affairs. He has not shared any social media posts or directly revealed about his love life. He might be keeping it a safe secrete from the public or it might be true that he is single at present.

He stands tall at a height of approximately 1.71 meters or 5’7″ and his weight is around 68 kgs. Moreover, he has dark brown hair and eyes of the same color. 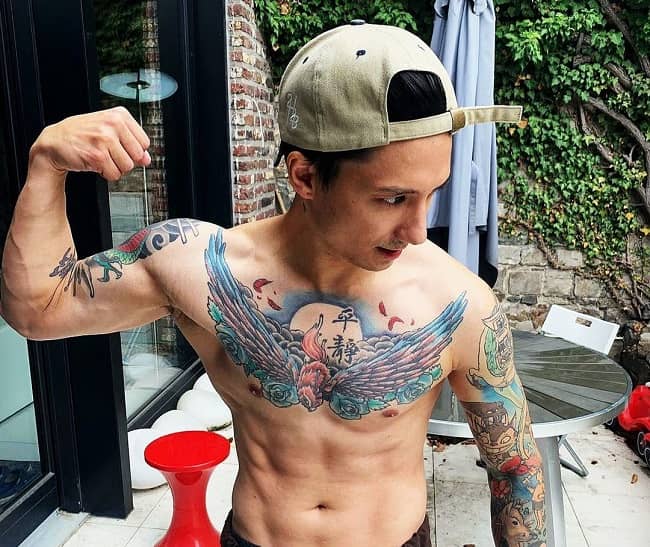 Caption: Julien Bam posing for a photo with his colorful tattoos on display. Source: Instagram

Talking about his social media presence, Julien Bam joined Twitter in April 2014 and so far has more than 1.7 million followers on his @julien_bam account. Moreover, he goes by @julienbam on Instagram. This account boasts 224 posts shares and over 4.3 million followers at the time of writing this biography (November 2020).

He created his “Julien Bam” on 17 February 2012. So far, this channel has earned more than 1.4 billion views and 5.71 million subscribers. For more information, we can contact his talent manager Y.O.U. Talent Management GmbH at their email address [email protected]

Similarly, he is more active on his new Youtube channel called “JUcktmichnicht”. This channel boasts 504K subscribers and over 87.5 views at the time of writing this biography. He created this channel on 3 January 2020 and he is represented by Annika Schulz. Furthermore, he has a net worth of approximately $1.1 million dollars as of November 2020.