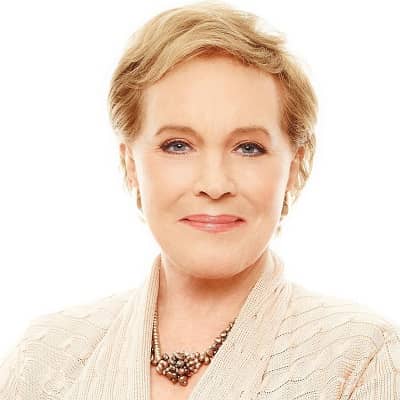 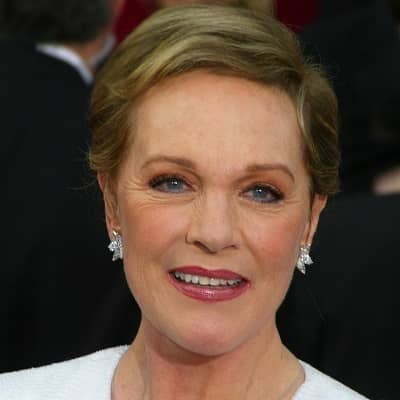 Julie Andrews (Dame Julie Andrews) is an English actress, singer as well as an author. Julie Andrews rose to prominence by starring in Broadway musicals such as My Fair Lady (1956). She is a Golden Globe Award winner and is popular with the film Mary Poppins, The Sound of Music.

What is the age of Julie Andrews?

Julie Andrews was born Julia Elizabeth Wells in Walton-on-Thames, Surrey, England. Her date of birth is October 1, 1935. Currently, she is 86 years old. Her nationality is British but information regarding her ethnicity is not available. Further, she is also popular as Dame Julie Andrews DBE. 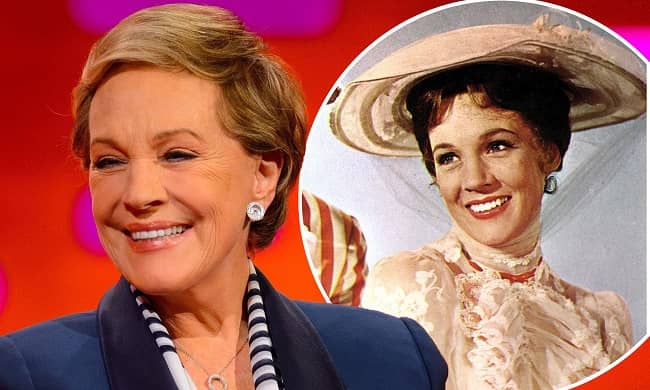 Due to the outbreak of World War II, her parents, mother Barbara Ward Wells (a pianist) and father Edward Charles “Ted” Wells were separated and then divorced. Later, they both remarried.

Meanwhile, her father married Winifred Maud (Hyde) Birkhead, a war widow, and former hairstylist, and her mother married Ted Andrews. Hence, she legally adopted her stepfather’s last name. She has a brother with whom she lived for a short period. Moreover, her stepfather was violent and an alcoholic. As a result, she had to fit a lock on her door. Because his alcoholic stepfather twice tried to get into her bed. They were poor back then. After her mother’s and stepfather’s career took off, they got a better place to live.

She got to attend Cone-Ripman School ( ArtsEd now), an independent arts educational school in London. Then, she got trained with soprano and voice instructor Madame Lilian Stiles-Allen. She continued her academic qualification at Woodbrook School.

As an actress, singer, author, and dancer, Andrews earns a heavy amount of money. To be more precise, Andrews has an approximate net worth of 30 million dollars.

At the very young age of 10, Andrews began singing with her mother and singer stepfather on stage. She made her professional solo debut as a part of the musical revue Starlight Roof in 1947. Ultimately, she became the youngest solo performer ever to be seen in a Royal Command Variety Performance.

In 1957, Julie released her debut solo album, The Lass with the Delicate Air, which includes English folk songs as well as the World War II anthem, “London Pride”. 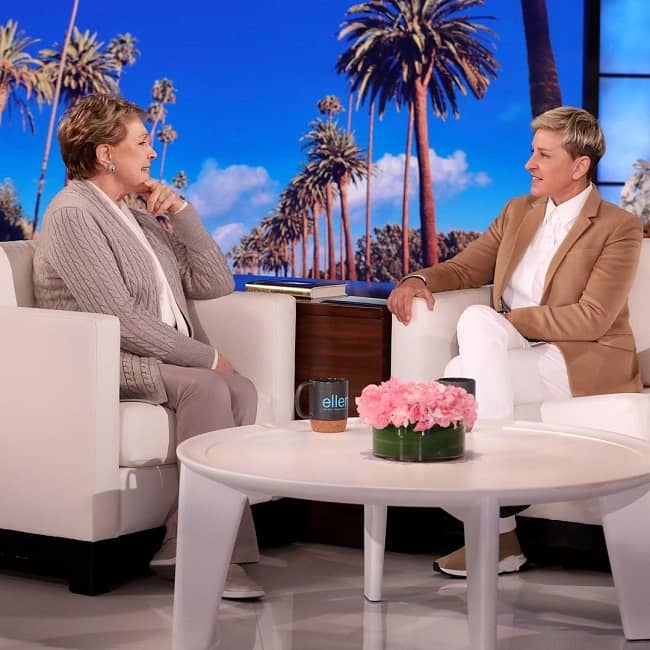 The transition from singing to acting

Along with her parents, she got into radio and television. Julia performed in a comedy show Up the Pole and later Educating Archie (1950-1952). In 1949, she made her television debut on RadiOlympia Showtime. At the London Casino, she appeared in many plays sometimes as Princess in Aladdin, sometimes as an egg on Humpty Dumpty, and sometimes as the lead role in Cinderella. She gave her voice in the English dub Italian animated movie The Singing Princess.

Afterward, in 1954 she made her Broadway debut in the musical The Boy Friend. She received very positive reviews. She got an offer for the flower girl role in My Fair Lady. After 1956, she appeared in many many shows.

As a result of her performance as Queen Guinevere, Andrews got the title role in Mary Poppins. It was the biggest success. She starred in several award-winning projects like The Americanization of Emily, The Sound of Music, Hawaii, Torn Curtain, and Thoroughly Modern Millie.

Julie has also been a part of Darling Lili as Lili Smith (Schmidt); on The Tamarind Seed as Judith Farr; Duet for One as Stephanie Anderson; and A Fine Romance as Mrs. Pamela Piquet among many others. Andrews has also provided her voice for animation movies like the Despicable Me series as Marlena; Shrek series as Queen Lillian; and narrated the story in the Enchanted. 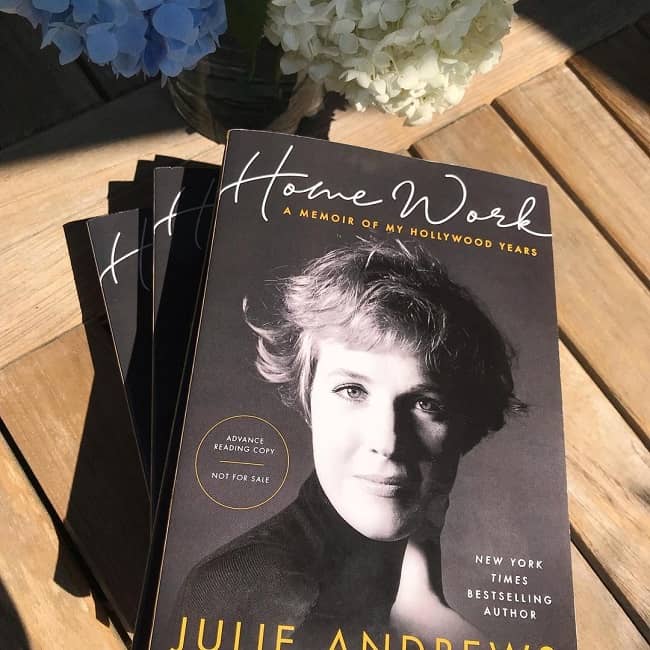 Julie Andrews has been married twice. Her first marriage was to set up designer Tony Walton from 1959 until 1967. Likewise, her second marriage was with the director Blake Edwards from 1969 until his death in the year 2010.

The actress married Tony Walton on 10 May 1959 in Weybridge, Surrey. The then couple had first met in 1948 when the actress was appearing at the London Casino in the show Humpty Dumpty. Then in September 1962, the couple returned to London, and there, they had their daughter Emma Katherine Walton two months later.

She then married Blake Edwards in the year 1969. Edwards’ children from a previous marriage are Jennifer and Geoffrey. The kids were 3 and 5 years older than Emma back then. In the 1970s, the couple adopted two Vietnamese daughters namely Amy (later known as Amelia) in 1974 and Joanna in 1975.  The actress is also a grandmother to nine and a great-grandmother to three.

Julie Andrews stands tall at a height of 1.73 meters or 5’8″. Likewise, her weight is approximately 58 kg. Other than this, there is no information regarding her other body measurement details like her chest-waist-hip measures, dress size, shoe size, etc. Likewise, Andrews has blonde hair and mesmerizing blue eyes.

Julie Andrews joined Twitter in March 2017 and so far has over 55.5K followers on her @JulieAndrews account. Likewise, she goes by @julieandrews on Instagram. On this platform, she has earned more than 279k followers at the time of writing this biography. Similarly, we can also connect with Julie Andrews on Facebook. She created her page on March 10, 2017, and so far has over 1.4 million people following her journey on this platform.