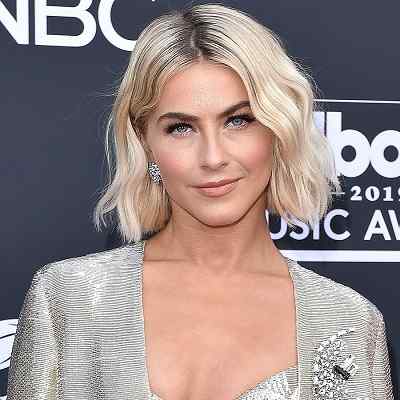 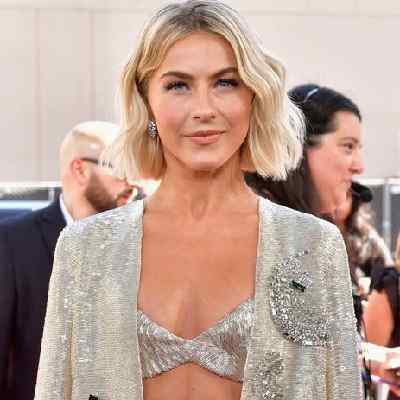 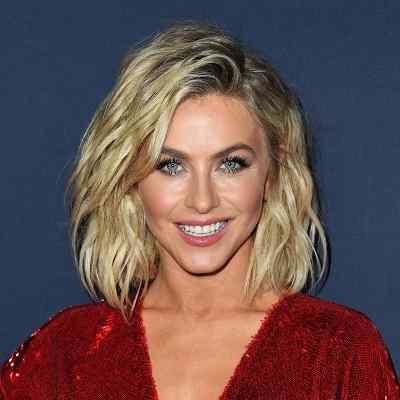 Julianne Hough is an American dancer, actress, singer, and songwriter. Julianne Hough rose to fame as a pro dancer on ABC’s Dancing with the Stars starred in the 2011 film Footloose, and released an award-winning album that hit #1 on the Billboard Country charts.

Julianne Hough is 32 years old. She was born on July 20, 1988, in Orem, Utah, United States, under the astrological sign of Cancer. Her full name is Julianne Alexandra Hough.

She is the youngest of five children in a Latter-Day Saint family. Her mother’s name is Marianne and her father’s name is Bruce Hough. Likewise, her father was twice chairman of the Utah Republican Party.

Similarly, her brother, Derek Hough, is also a professional dancer. She has three other older sisters: Sharee, Marabeth, and Katherine. All four of her grandparents were dancers.

She is the second cousin of musicians Riker, Rydel, Rocky, and Ross Lynch from R5. Their maternal grandmothers were sisters. 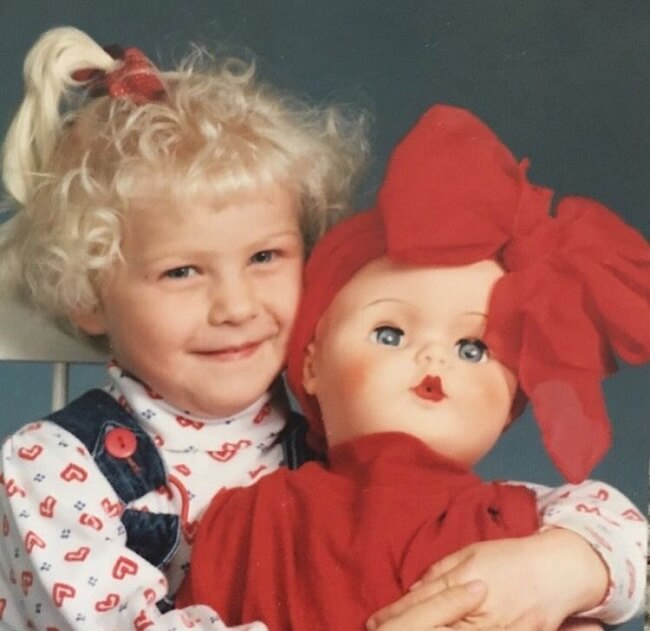 Moving toward her dance training, she started her formal training at the Center Stage Performing Arts Studio in Orem. In that studio, she danced with Josh Murillo, among others, in Latin Ballroom.

At the age of nine, she started dancing competitively. When she was just 10 years old, her parent was processing for divorce. So, her parents sent her and her brother Derek to London to live and study with their coaches, Corky and Shirley Ballas.

The coaches tutored her alongside their own son, Mark. She and her brother even received training in song, theatre, gymnastics, and many forms of dance, including jazz, ballet, and tap at the Italia Conti Academy of Theatre Arts.

At the age of 12, the three children formed their own pop music trio 2B1G (“2 Boys, 1 Girl”). The group also performed at dance competitions in the UK and the U.S. and showcased in a UK television show.

At the age of 15, she became the youngest dancer who won both   International Latin Youth Champion and Junior World Latin Champion at the Blackpool Dance Festival.

Later, she left London after getting “abused, mentally, physically, everything.” After relocating to the United States, she attended the Las Vegas Academy. She went to Alta High School for her further study.

She started dancing at a very young age. She became one of the Million Dollar Dancers in the 2006 ABC game show called Show Me the Money.

Likewise, She also won the 4th season of the US edition of Dancing with the Stars with her partner, Olympic gold medal-winning speed skater, Apolo Ohno.

Later, she became one of the youngest professional dancers to win in the show. Similarly, she also won the 5th season of the Dancing with the Stars with her partner, three-time Indianapolis 500 champion Helio Castroneves.

She contributed as a regular professional dancer on the show from season 4 to season 8. She appeared as the guest dancer on the 17th, 18th, and 25th season of the show.

Hough also became the guest judge of the show in place of Len Goodman in October 2013. It was her first time as a former pro dancer came back to judge.

Likewise, she has won the Primetime Emmy Awards for Outstanding Choreography, distributed with Derek Hough and Tessandra Chavez in 2015.

In September 2014, she became the permanent fourth judge in the 19th season of the show until 2017.

In March 2014, she alongside her brother Derek announced a summer tour, “More Live on Tour” of over 40 cities across the US and Canada.

The tour was embarked in May 2014 from Park City, Kansas, and ended in Los Angeles in July 2014. The tour became successful with the support of fans amidst lots of crowds.

Following their success in 2014, the siblings announced the return of “Move Live on Tour” in the summer of 2015. They held a free fitness pop-up event, Move Interactive in Los Angeles, and a second free Move Interactive event in Fryman Canyon, 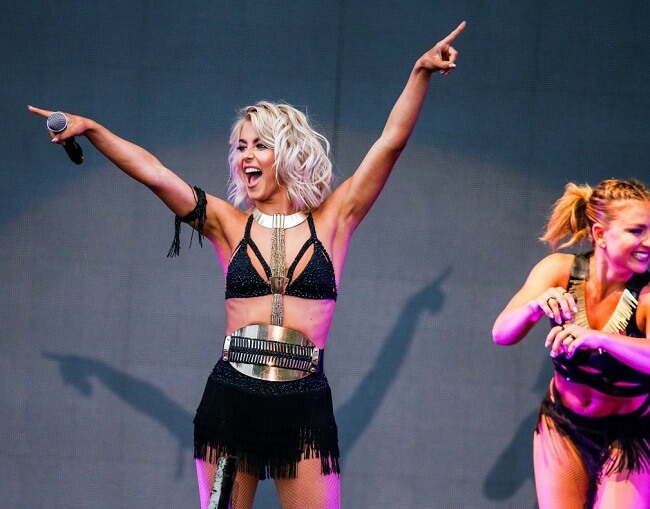 Moving toward her music journey, she released her first country music single, “Will You Dance With Me” in May 2007. She released her single to raise money for the American Red Cross.

Similarly, she released her self-titled debut album on May 31. Her debut album peaked at number one on the Top Country Albums chart.
She then later joined Brad Paisley’s 2008 Tour.  She even made an appearance in the video for the Snoop Dogg song “My Medicine”.

She even became successful to won the fan-voted award, Top New Female Vocalist. In April 2009, she has won the Top New Artist award at the 44th Annual Academy of Country Music Awards.

Further, she worked for her second album, Wildfire but the album which never released.

Additionally, she has also acted on several film ad=nd tv roles. She made her appearance through film debut in an uncredited role as “Hogwarts schoolgirl” in the 2001 film Harry Potter and the Philosopher’s Stone.

Likewise, she appeared in her first leading role as Ariel Moore in the 2011 remake of the Paramount film Footloose.

She also portrayed different roles in other films such as Curve, Dirty Grandpa, Burlesque, Rock of Ages, Safe Haven, and Bigger. Further, she had even voice roles in the 2018 film, THe Steam Engines of Oz.

Similarly, she has made an appearance in Keeping Up with the Kardashians, Lip Sync Battle, Nashville, Grease: Live, Running Wild with Bear Grylls, Strictly Come Dancing, Punk’d, Speechless, Heartstrings.

In 2018, she appeared as Jolene in the episode of the same name from the Netflix anthology series Heartstrings. The following series based on the Dolly Parton song.

In February 2019, she made an announcement to join the NBC competition series America’s Got Talent. However, she left the show in November after one season.

Speaking on Julianne Hough’s earning, she is an American dancer, actress, singer, and songwriter who is also a two-time professional champion of ABC’s Dancing with the Stars.

She earns via her work in the entertainment industry. She began her career as a professional dancer on Dancing With the Stars, later she became the permanent judge.

Moreover, she also appeared in several reality shows and became the judge of the talent show America’s Got Talent in 2019. She also equally earns from her musical career and tours.

Similarly, she has endorsed different brands like Proactiv, Proactiv+, Sole Society, Fitbit, and Juicy Fruit, among others. As of 2020, her estimated net worth is around $ 10 million. She surely lives a lavish lifestyle with her earnings.

Currently, Julianne Hough is single. Similarly, she has a close friendship with Nina Dobrev. She is not straight and she revealed it in her interviews with the magazine.

She revealed it during her cover story for Women’s Health Magazine’s “Naked” issue that after some soul-searching, she realized that she wasn’t straight.

In February 2014, she started dating NHL player Brooks Laich, then of the Washington Capitals, in December 2013. The duo made an announcement of their engagement on August 18, 2015. 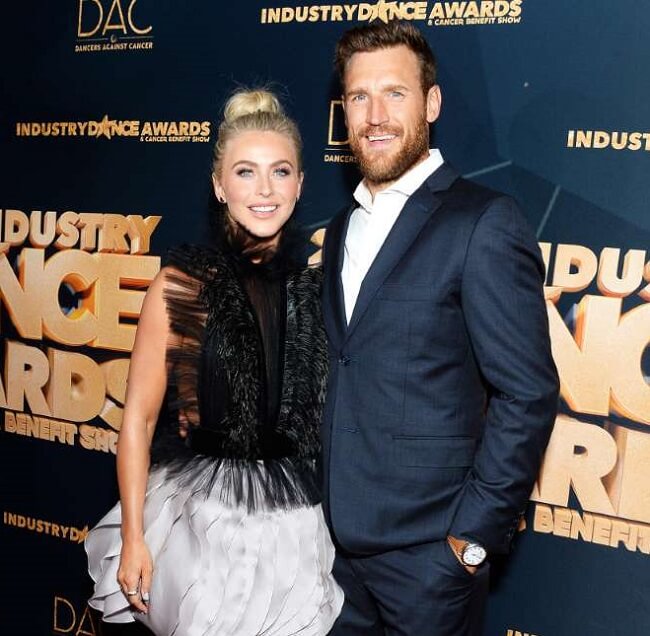 Caption: Julianne Hough’s photo captured together on the award function with her then-husband (Source: MSN)

Moreover, she has also previously dated fellow country singer Chuck Wicks from August 2008 to November 2009. Their break-up inspired Hough’s song “Is That So Wrong”. Later, she even dated Ryan Seacrest from April 2010 to March 2013.

Talking about her health issues, she has been diagnosed with endometriosis since 2008 and went public with it to help de-stigmatize the conditions surrounding the disease.

Warren from the Netflix comedy-drama Orange Is the New Black. Later, she apologized on Twitter. As of now, she of controversy-free, and living a good life.

Multi-talented and beautiful famous personality Julianne Hough stands at a height of 1.6 m i.e. 5 feet and 3 inches tall. She weighs around 119 lbs i.e 54 kg and has a slim body build. Similarly, her body measurements are 34-24-34 inches.

Her bra size is 32B. She has a beautiful pair of dazzling blue eyes and her hair color is blonde. Likewise, she wears a shoe of the size of 6.5 (US) and a dress of size 4 (US).