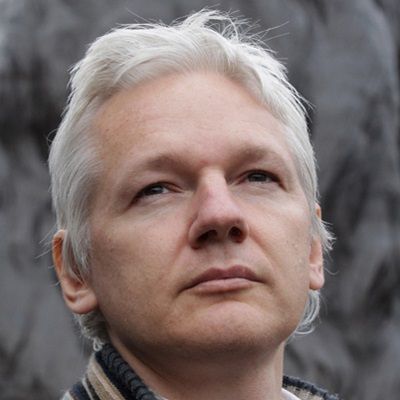 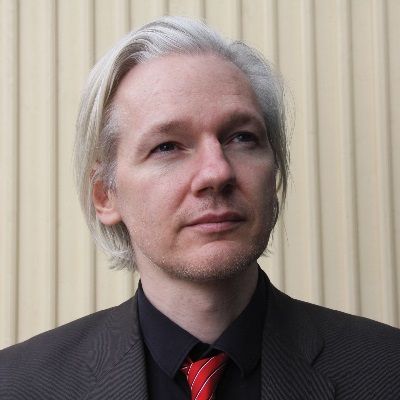 Julian Assange is an Australian computer programmer, journalist, editor, and activist. Julian Assange is the renowned founder and director of the website ‘WikiLeaks’. He gained international fame when he published controversial content from the War in Afghanistan. He was recently involved in an indication in the USA for violating the Espionage Act.

Julian Assange was born on July 3rd, 1971 in Townsville, Queensland, Australia. He is currently 51 years old. His birth name is Julian Paul Hawkins. However, he goes by his nickname, Julian Assange. His mom was Christine Ann Hawkins who was a visual artist. His dad was John Shipton who was an anti-war activist, and builder. Likewise, His parents separated before even he was born. Later his mom married Richard Brett Assange with whom she ran a small theatre. He also has a half-brother named Gabriel Shipton.

He was born in Townsville. However, he grew up in 30 different locations before even he was a teenager. He holds Australian and Ecuadorian nationality and belongs to the English ethnicity. His zodiac sign is Cancer. He had a rough childhood since he lived with his mom and stepfather. He considers Brett as his dad so he took his family name. His mother and stepfather divorced in 1979 and his mother went with Leif Maynell. In 1982, when they broke up they had a son. When he reached his mid-teens he settled with his mother and half-brother in Melbourne. 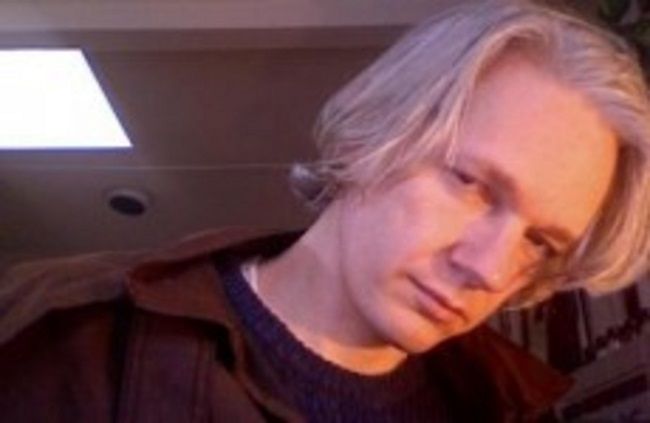 He had changed 30 different schools before even he was 14. Assange was also homeschooled during his teens. Assange completed his primary school at Goolmangar Primary School in New South Wales. Then, he got his high school degree from Townsville State High School in Melbourne. Assange had a keen interest in computers and thus developed a passion for hacking and breaking into computer systems. That’s why; he studied programming, mathematics, and physics at Central Queensland University and later moved to the University of Melbourne but he left out university without his degree

A career as a hacker and a programmer

Assange got his first computer as a gift from his mother when he was 16. In 1987, Assange started hacking under the name of ‘Mendax’ along with his two friends ’Trax’ and ‘Prime Suspect’. The name of their hacking group was ‘The International Subversive.  During his hacking time, he hacked into various U.S. Department of Defense facilities, the U.S. Navy, ‘NASA,’ and Australia’s ‘Overseas Telecommunications Commission.’

Assange also hacked the websites of many renowned corporations and institutions like ‘Citibank,’ ‘Panasonic,’ ‘Xerox,’ ‘Australian National University,’ ‘Lockheed Martin,’ ‘Motorola,’ ‘La Trobe University,’ and ‘Stanford University.’ In September 1991, He was caught hacking into the Melbourne master terminal of Nortel. The Australian police tapped his phone line and caught him red-handed at the end of October. In December 1996, Assange pleaded guilty to 24 chargers and was fined Australia $2,100.

After the end of his hacking career, he pursued the career of a programmer and software developer. In 1993, he started one of the first public ISP in Australia, Suburbia Public Access Network. In 1994, he started authoring the TCP port scanner Strobe which was completed in 1995. During this time, he also worked on the open-source database PostgreSQL (1996), Usenet caching software NNTPCache (1997), the Rubber hose deniable encryption system (1997), and Surfraw (2000).

During this career, Julian also moderated the AUCRYPTO forum, ran Best of Security, and contributed research to Suelette Dreyfus’s Underground. In 1998, he became the co-founder of Earthmen Technology. In 1999, he stated that he registered the domain leaks.org but hadn’t done anything with it. Later, in August 1999, he publicized a patent granted to National Security Agency.

My career as the director of WikiLeaks

Julian and his team founded WikiLeaks in 2006. He became a member of the organization’s advisory board and described himself as editor-in-chief. The website’s main goal was to collect and share confidential information on an international scale. In 2007, the website was officially launched out of Sweden because of Australia’s strong laws protecting a person’s anonymity.  Later, WikiLeaks released a U.S. military manual that had detailed information on the Guantanamo detention center.

In September 2008, WikiLeaks also leaked mails from then-vice presidential candidate Sarah Palin that it got from an anonymous source. Due to the publication of manning material and other sexual cases, Assange had to turn himself into London Police on December 6. After severing several months in jail, he applied for political asylum at the Ecuadorian embassy in London. In July 2016, he released emails and documents from the Democratic National Committee (DNC) that lead to speculations of favoritism from the DNC chairwoman.

Later, a further investigation concluded that the Russian government had carried out the hacks to interfere in the 2016 United States elections. In December 2017, he got Ecuadorian citizenship. In March 2018, the Ecuadorian government cut off his internet access because his actions endangered the good relations that the country maintains with the United Kingdom, the rest of the states of the European Union, and also other nations. 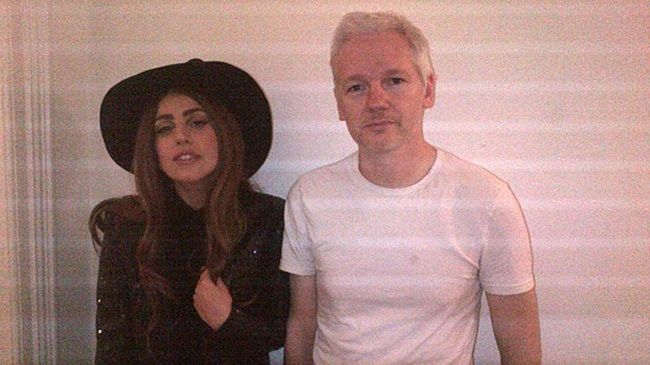 Assange had a successful career. He achieved many recognizable awards throughout his career. In 2008, he got the Economist’s new media award and Amnesty International UK Media Awards in 2009. Similarly, in the following year, he achieved three awards and they were  Time Person of the Year (Reader’s choice),  Sam Adams Award, and  Le Monde Readers’ Choice Award for Person of the Year. Likewise, in 2011, Assange successfully got Martha Gellhorn Prize for Journalism along with Free Dacia Award, Sydney Peace Foundation Gold Medal, and Voltaire Award for Free Speech.

In 2012, he got the Big Brother Award Italy 2012 Hero of Privacy. In 2013, he achieved the Global Exchange Human Rights Award (People’s Choice), New York Festivals World’s Best TV & Films Silver World Medal, and Yoko Ono Lennon Courage Award for the Arts. In 2014, he won the top prize for the Union of Journalists in Kazakhstan. Then, in 2019, Assange got the GUE/NGL Galizia prize, Gavin MacFadyen award, and Catalan Dignity Prize.

He is undoubtedly a high-earning person. His main source of income is as a computer programmer. His estimated net worth is about $2 million. Apart from being a programmer, he is also a hacker. He cracked a deal worth $800K from an American publisher. Furthermore, Assange earned $522K from a British dealer. He also owns a private car for his transportation. 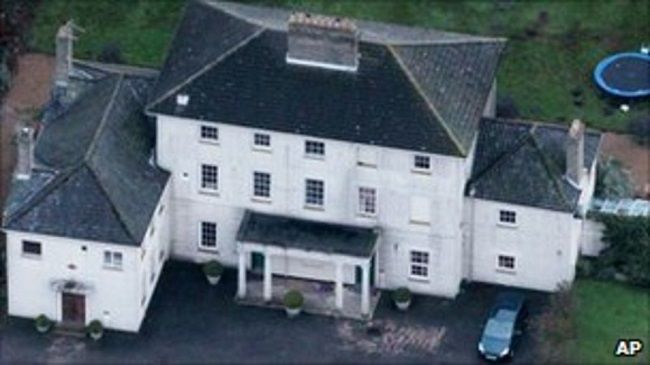 Julian is currently single. However, he had a wife named Teresa Doe in his teens. The couple exchanged their vows in 1989 and got divorced after a decade in 1999. They both have a son named Daniel Assange. According to the open letter that he sent to then-French President Francois Hollande states that his son lives in France with his mother.

Though he lived a successful career it doesn’t mean that he never had ups and downs throughout his career. In December of 2010, he became the prime subject of sexual allegations. Assange had been under investigation since August. Two women had alleged he sexually assaulted them including one count of illegal coercion and one count of rape. After the issue of the European Arrest Warrant, he turned himself to the London police.

There was a rumor of he had a relationship with actress Pamela Anderson, the former Baywatch star. The rumor surfaced after Pamela was spotted visiting the Ecuadorian Embassy in 2016. Later, she told that it was just a romantic struggle.

On April 11, 2019, Ecuador withdrew the offer of asylum to Assange. After securing a written agreement from the British government that Assange would not be extradited to a country where he could face torture or the death penalty, the Ecuadoran Pres. Lenín Moreno permitted the British police to enter the embassy and arrest Assange. While Assange was no longer subject to investigation in Sweden, he was still wanted for failing to appear in the British court. He was also the target of an outstanding extradition warrant from the United States for his computer crimes.

Julian has an average slim build-up physique. He stands the height of 74 inches tall and weighs around 75kg. He possesses a pair of light brown eyes and grey hair. Further details regarding his body measurements are unknown.