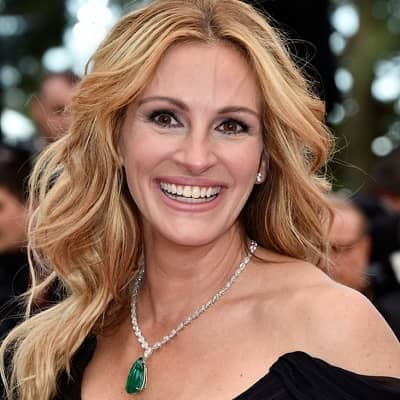 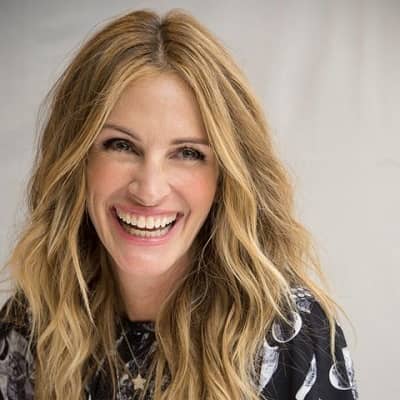 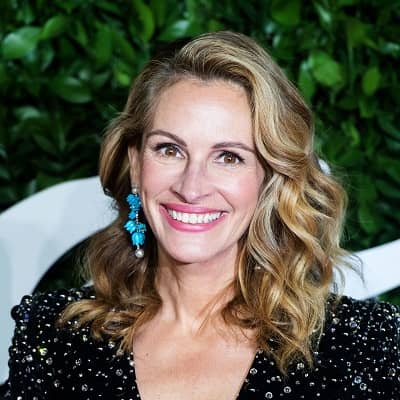 Julia Roberts is a prominent American actress and producer. Julia Roberts is also famous for providing her time and resources to UNICEF and other charitable organizations throughout her career.

Julia Roberts was born on October 28, 1967, and she is currently 53 years old. Julia is originally from Smyrna, Georgia. Likewise, her full name is Julia Fiona Roberts, and her star sign is Scorpio.

Similarly, Julia has two biological siblings and one half-sibling. Her biological siblings are her older brother, Eric Roberts, and older sister Lisa Roberts Gillan. Julia was estranged from her brother for several years until the year 2004. Further, Julia’s half-sister is Nancy Motes who lived from 1976 to 2014.

Among her siblings, Eric, Lisa, and her niece, Emma Roberts, are also all actors. Talking about her ethnic background or ancestry, Julia is of English, Scottish, Irish, Welsh, German, and Swedish descent. 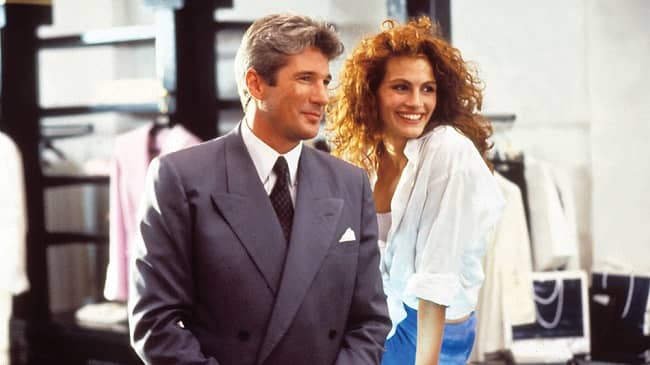 Moreover, talking about her educational journey, Julia Roberts attended Fitzhugh Lee Elementary School, Griffin Middle School, and Campbell High School in Smyrna, Georgia. Julia lived in Smyrna from the year 1972, which was after her parents’ divorce in early 1972.

Likewise, Julia Roberts wanted to be a veterinarian as a child. Young Julia also played the clarinet in her school band. Then after graduating from Smyrna’s Campbell High School, Julia Roberts attended Georgia State University. However, she didn’t graduate from the university. Julia later headed to New York City to pursue a career in acting. After her arrival in NYC, Julia signed with the Click Modeling Agency and also enrolled in acting classes.

Julia’s parents, Betty and Walter Grady Roberts were one-time actors and playwrights. The couple met each other while performing in theatrical productions for the armed forces. The two later co-founded the “Atlanta Actors and Writers Workshop” in Atlanta.

Julia’s parents also ran a children’s acting school in Decatur, Georgia, while Betty was pregnant with Julia. The children of famous personalities, Coretta and Martin Luther King Jr. attended the school. Her father served as an acting coach for Martin and Coretta’s daughter, Yolanda. Hence, as a thank-you for his service, Coretta paid the hospital bill when Julia was born.

Further, Julia’s parents tied the knot in the year 1955. But their marriage didn’t last forever. Julia’s mother filed for divorce in 1971 and it was finalized in early 1972. The same year, Betty married Michael Motes. However, Michael was abusive and often unemployed. Her mother’s second marriage ended in 1983.

Julia Roberts is a prominent actress and producer. Actress Julia has won three Golden Globe Awards among the eight nominations. Likewise, the veteran actress has also received nominated for four Academy Awards for her film acting.

Among them, she bagged the Academy Award for “Best Actress” for her performance in Erin Brockovich, released in 2000. Actress Julia Roberts has also engaged with UNICEF charities. Engaging with UNICEF, Julia has visited many different countries including Haiti and India to promote goodwill.

Additionally, Julia established herself as a leading lady in Hollywood following the headlines of the romantic comedy film Pretty Woman in 1990. Likewise, Julia’s films have collectively brought box office receipts of over $2.8 billion. This makes Julia Roberts one of the most bankable actresses in Hollywood. 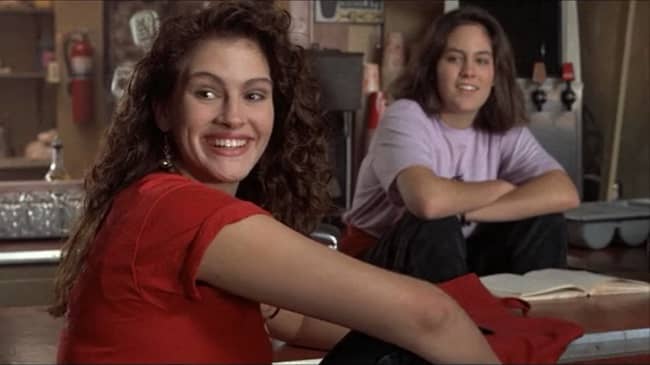 Similarly, some of Julia Roberts’s most successful films in the ’80s are Satisfaction, Mystic Pizza, Steel Magnolias, and Blood Red. Likewise, her popular films from the ’90s are Pretty Woman, Sleeping with the Enemy, The Pelican Brief, My Best Friend’s Wedding, Notting Hill, and Runaway Bride.

Furthermore, actress Julia Roberts has also received nominations for the Primetime Emmy Award for “Outstanding Supporting Actress in a Limited Series or Movie”. It was for her role in the HBO television film The Normal Heart. Similarly, in 2018, Julia starred in the Prime Video psychological thriller series Homecoming. People magazine has also named her the most beautiful woman in the world a record five times. 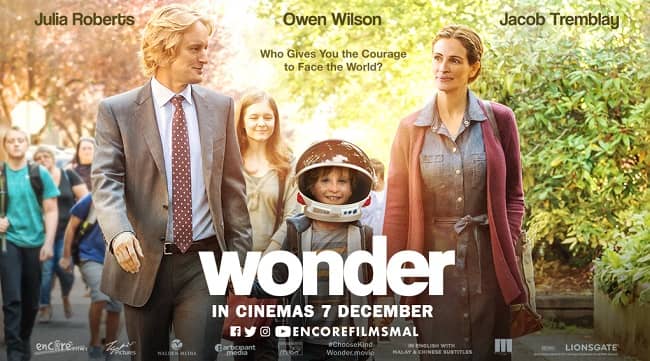 Caption: Julia Roberts appears on the poster of the film ‘Wonder’. Source: Augustman

Additionally, Julia Roberts was the highest-paid actress in the world throughout most of the 1990s. She maintained the record in the first half of the 2000s as well. Actress Julia’s fee for 1990’s Pretty Woman along was $300,000. Likewise, in the year 2000, Julia Roberts became the first actress to earn $20 million. It was for playing the environmental activist in the biographical film Erin Brockovich.

Then in the year 2003, they paid Julia Roberts an unprecedented $25 million for her role in Mona Lisa Smile which was released the same year. As of 2017, Julia Roberts’s net worth was approximately $170 million. As of 2021, Julia’s net worth is estimated at around $250 million dollars.

Talking about the famous actress’s relationship status, Julia Roberts is currently married to Daniel Moder. The lovers tied the knot on July 4, 2002, at Julia’s ranch in Taos, New Mexico. Daniel is a cameraman and the two met each other on the set of her film The Mexican in 2000.

When they met each other, both Julia and Daniel were in separate relationships. Julia was dating actor Benjamin Bratt whereas Daniel was married to Vera Steimberg. At present, Daniel and Julia share three children together. The couple welcomed their twins in November 2004 namely Hazel Patricia and Phinnaeus Walter. Later, in June 2007, Julia and Daniel welcomed their son Henry Daniel. Caption: Julia Roberts posing for a photo with her children and husband. Source: Pinterest

Talking about her previous relationships, Julia Roberts was in romantic relationships with several actors including Jason Patric, Liam Neeson, Dylan McDermott, and Matthew Perry. Julia was also briefly engaged to Kiefer Sutherland. However, the two broke up three days before their scheduled wedding on June 11, 1991.

Then on 25 June 1993, Julia married her first husband, Lyle Lovett. Lyle is a country singer and their wedding took place at St. James Lutheran Church in Marion, Indiana. Unfortunately, the couple separated in March 1995 and subsequently divorced. Then from 1998 to 2001, Julia Roberts dated Benjamin Bratt, a fellow actor.

Julia Roberts’s height is around 1.75 meters or 5 feet 9 inches and her weight is approximately 58 kgs or 128 lbs. Likewise, the Hollywood actress has a chest-waist-hip measurement of 34-24-34 inches respectively. Actress Julia’s hair color is blonde whereas her eyes are brown in color.

Talking about her social media visibility, Julia Roberts goes by @juliaroberts on Instagram. She has earned over 9.2 million followers as of February 2021. Similarly, she joined Twitter in January 2011 and so far has around 486.3K followers on her @juliaroberts account.