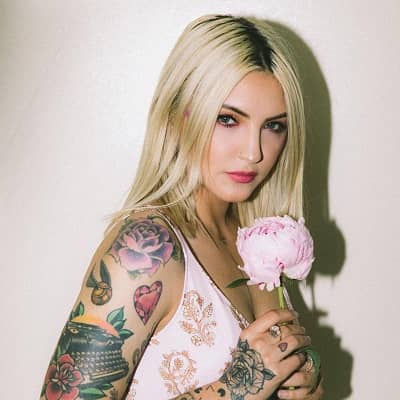 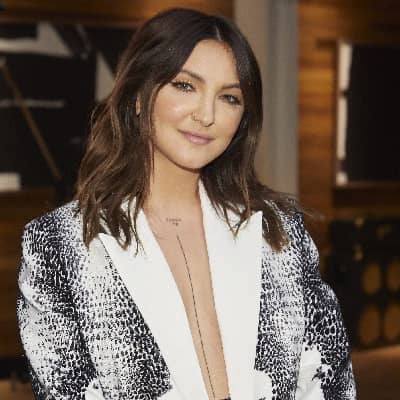 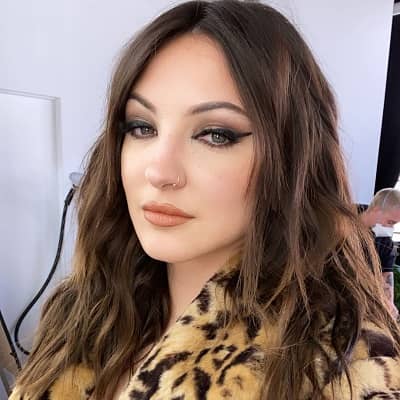 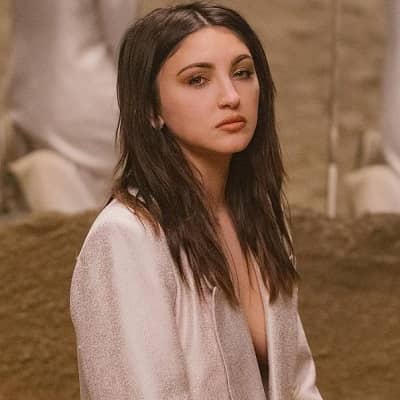 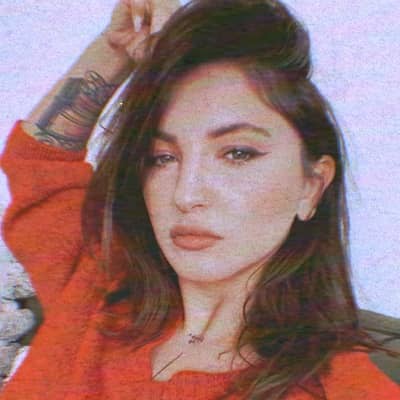 She was born Julia Carin Cavazos on 13th November 1993. She hails from Davenport, Iowa, USA. Later, she moved to Santa Clarita, California, along with her parents and older sister, Jaden. Her parent’s names are Juan Manuel Cavazos (father) and Julie Scriven (mother). Presently, she is 27 years old and her birth sign is Scorpio. Moreover, her father is Mexican-Puerto Rican. The information related to her educational background is unknown. 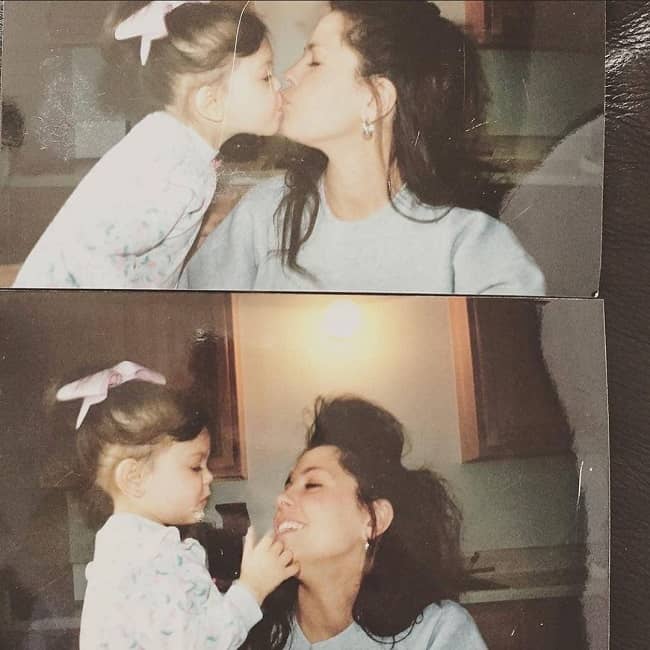 Julia started singing at age 12. Therefore, when she was 14, she met songwriter, Joleen Belle. With him, she made the theme song to ‘Austin & Ally’ and many other songs for TV and film. Similarly, at the age of 19, she met Lindy Robbins. With her, she wrote, “Fire Starter” for Demi Lovato, and “Miss Movin’ On” for Fifth Harmony.

Moreover, Julia started writing in the Hollywood Pop Circuits since she was 16 years old. Julia is credited with writing hits for artists including Justin Bieber, Selena Gomez, and Fifth Harmony. Initially, she began her career writing for other artists. With her success as a writer, in 2017, she debuted her single with Republic Records “Issues”.

And, “Issues” peaked at number 11 on the Billboard Hot 100 in the USA. Moreover, she was certified quintuple-platinum by the ‘Recording Industry Association of America (RIAA)’. Likewise, her major-label debut extended play, ‘Nervous System’ (2017). It peaked at number 48 on the Billboard 200 chart in the USA. Since then, she has also toured alongside Maroon 5, Keith Urban, and Niall Horan. 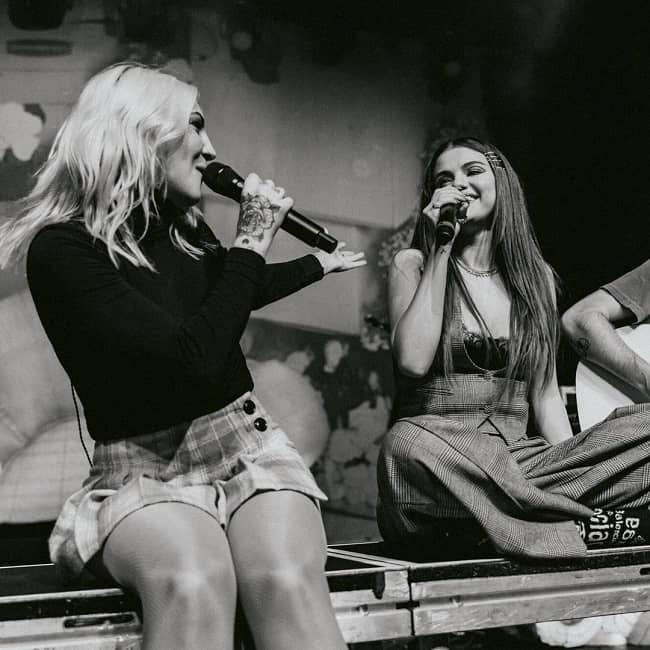 Julia has also featured on the UK’s top 20 hits “If the World Was Ending” with JP Saxe. And also “I Miss You” with Clean Bandit. As a songwriter, she has written songs for artists including Gwen Stefani, Shawn Mendes, Britney Spears, Selena Gomez, Demi Lovato, Justin Bieber, Hailee Steinfeld, and Fifth Harmony.

Further, she has earned two Billboard Hot 100 numbers. Therefore, one song with Justine Bieber’s “Sorry” and Selena Gomez’s “Lose You to Love Me”. Similarly, Julia has also achieved three Grammy Award nominations. And, two of them were for ‘Song of the Year’ and the third being for ‘Best New Artist.’

Moreover, on March 26, 2021, “All Your Exes” was released. She declared the title of her album ‘Not in Chronological Order’ on April 14 and its release date of April 30, 2021. Additionally, in the year 2012, she made her first TV show appearance in the series ‘Shameless’ as a performer. 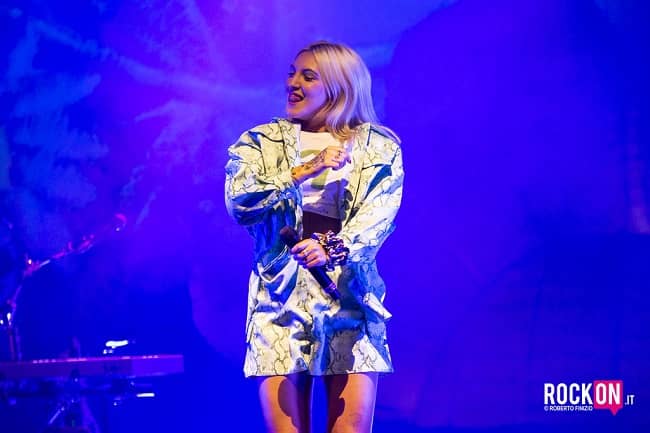 Caption: Julia Michael while performing on the stage. Source: Flickr

Julia and Lauv confirmed in October 2018 that they were dating, after many Instagram posts featuring each other and collaborating on “There’s No Way”. And, after some months, Julia hinted that they broke up through her Instagram posting a picture with the caption “No more dating narcissists”.

Moreover, Lauv references his relationship with Julia in his song “Julia”. In the song, he apologizes for how he mistreated her. Likewise, in July of 2019, Julia began dating Canadian musician ‘JP Saxe‘. Their relationship rose from their collaboration on the duet, “If the World Was Ending”. 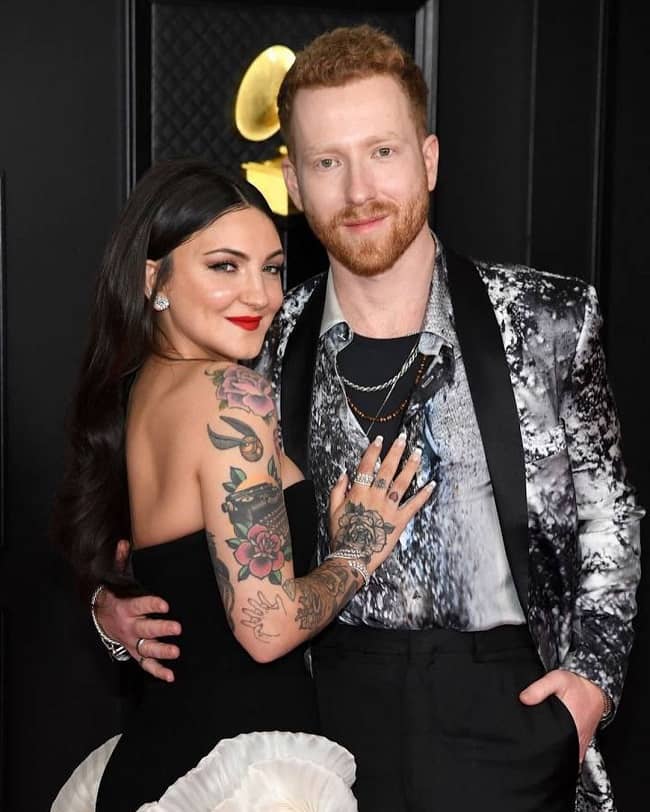 Regarding her body stats, she has a height of 5 feet 5 inches. And, she weighs around 55 kilos. Moreover, her hair is of blonde color and her eyes are pretty hazel in color. She has a fine and curvy body figure. Her chest-waist-hip measurements are 33-25-35 inches respectively. Further, her bra size is 38B (US) and her dress size is 6 (US). Additionally, she wears a nose ring and blonde tresses. And, she has many tattoos on her body.

She earns a decent amount of money and fame in the field in the music industry. Talking about her net worth, it is estimated around $4 million as of 2021.