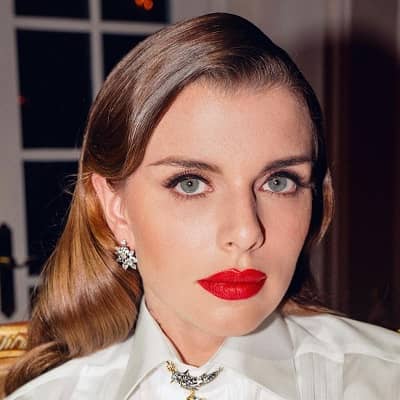 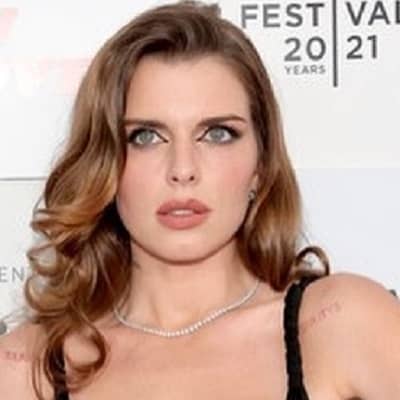 Julia Fox is an Italian-American actress, model, writer, and filmmaker. Moreover, Julia Fox is best known for her appearances in movies like Uncut Gems, No Sudden Move, Day by Day, and many more.

Julia Fox was born on 2nd February 1990, in Milan, Italy. As of now, she is 32 years old and holds Italian-American nationality. Moreover, she has a zodiac sign of Aquarius and she belongs to mixed ethnicity of Caucasian-Italian descent. She spent her childhood days living with her grandfather.

Moreover, she went to New York City with her father when she was six years old and lived in Yorkville, Manhattan. Moreover, she has two brothers whose names are unknown. Regarding her parents, there is no detailed information about them.

Talking about her academic qualification, she studied at the City-As-School High School in Manhattan, New York City.

In her early years, she worked several service jobs, including at a shoe store, an ice cream shop, and a pastry shop. Moreover, Julia began her career as a fashion designer, and her friend Briana Andalore co-founded Franziska Fox, a successful women’s knitwear business. She then went on to work as a model, appearing for the last nude edition of Playboy in 2015.

She has also worked as a painter and photographer in the past. She’s as well the author of two photographic books, “Symptomatic of a Relationship Gone Sour: Heartburn/Nausea,” which was released in 2015, and “PTSD,” which was released in 2016. In 2017, she organized a show called “R.I.P. Julia Fox,” which featured silk canvases painted with her blood.

Then she moved into acting, debuting in the 2019 film “Uncut Gems” as a showroom saleswoman and mistress of the film’s protagonist Howard Ratner (played by Adam Sandler), an impulsive jewelry dealer and gambling addict. She also wrote and directed the short film “Fantasy Girls.”

After that, she played Scarlet, a cam girl in Ben Hozie’s “PVT Chat.” On February 5, 2021, the film was released in the United States.  She has appeared in 10 films as of 2021, the most recent being No Sudden Move.

As of now, this multi-talented woman has not received any awards or honors. Looking at her hard work and success, we may presume that, she might receive some of them in the following years.

She has earned a decent sum of money from his profession. Talking about her net worth, her net worth estimates at around $30 million and she has not disclosed her salary and income.

Julia is is a divorced lady and single. In past, she married her private pilot husband, Peter Artemiev, in November of 2018. In February 2021, she gave birth to a son whose name is unknown. It was disclosed in December 2021 that she and Peter had split up. Julia Fox announced her separation from her husband on Instagram, along with some disturbing charges against him. 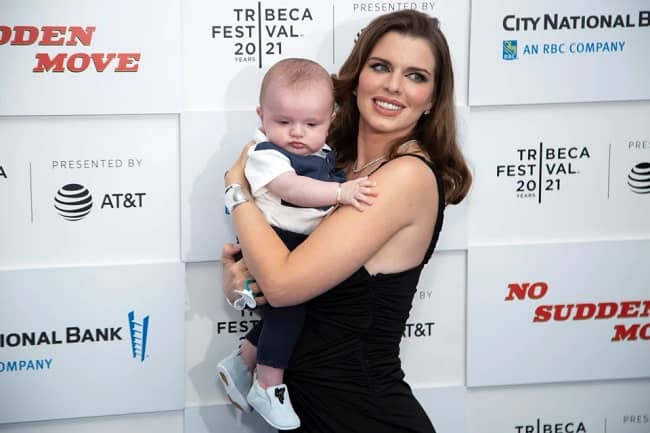 Caption: Julia Fox with her son (Source: The Sun)

In January 2022, this actress made headlines after being seen on a date with rapper Kanye West. Fans believe she is going to be his new girlfriend.

Julia stands at a height of 5 feet 7 inches and weighs 60 kg. In addition, she has blonde hair with hazel eyes and her body measurement is measured 34-25-34 inches. 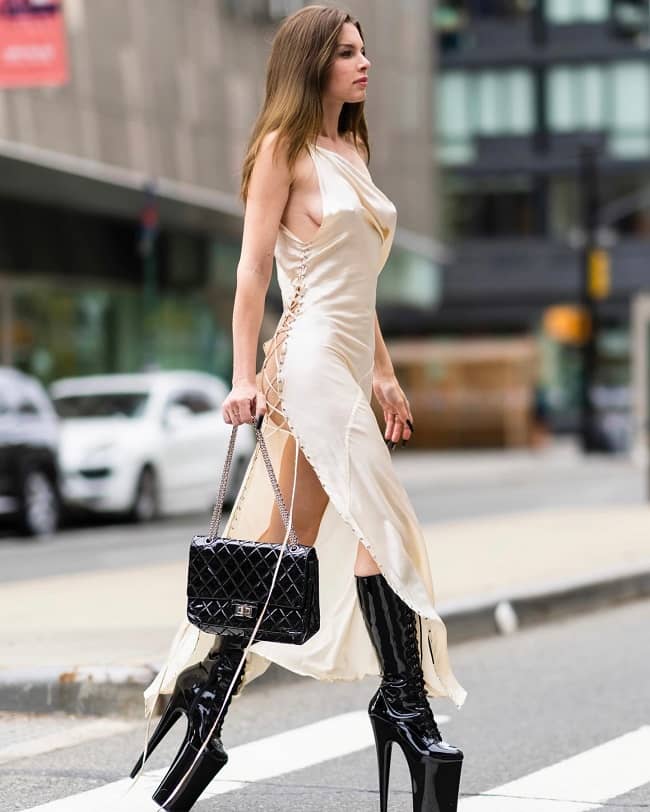