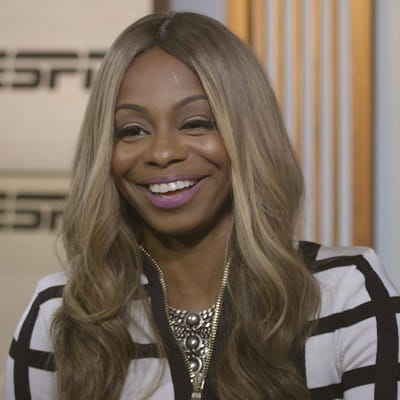 Josina Anderson is 42 years old. She was born on 15 August 1978 in Washington D.C., USA. She is of African-American ethnicity and her zodiac sign is Leo. Her parents are Lloyd Anderson and Yasmin Anderson. She also has one brother who works as a film producer.

She joined Montgomery Blair High School in Silver Spring, Maryland. From an early age, she loved sports and she used to be an announcer during basketball matches in her school. She was also competing in track and field– she was in the AAU Junior Olympics in the 200 and 400-meter races. She managed to win a gold medal. She graduated from the University of North Carolina with a bachelor’s degree in Exercise and Sports Science. 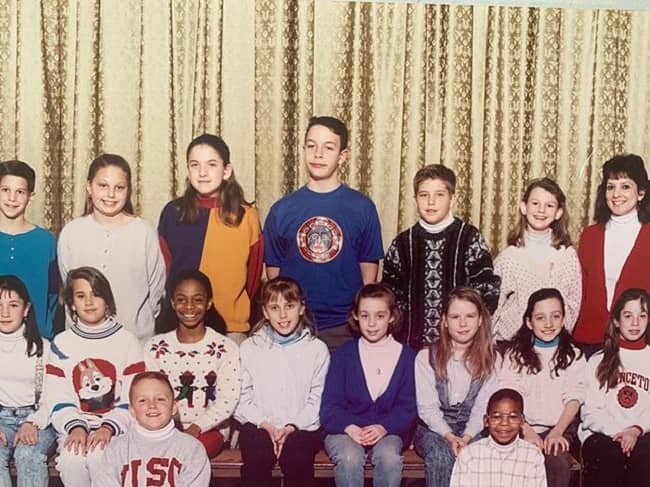 Caption: Josina Anderson with her classmates when she was in 6th grade. (Source: Instagram)

After her graduation, Josina interned with WTEM on ‘The Tony Kornheiser Show’ and ‘The Donnie Simpson Morning Show’ on WPGC-FM radio both in 1997. In 2000, she got her first job as a sports news anchor/reporter at the CBS affiliate in Coos Bay, Oregon. She joined Fox 31 in Denver, Colorado in 2005. In 2003 she had auditioned for the same job but did not get it at the time.

In the six years, as she worked with them, she produced many major stories. They include NFL players testing positive under the league’s steroids policy in October 2008 and NFL stars Ricky Williams and Travis Henry testing positive for marijuana in July 2008. Also, Charles Woodson and the Packers reaching an agreement on a contract extension (September 2010). In 2010, which was her last year with Fox, she was a reporter for Showtimes Inside the NFL.

She reached a whole new chapter in her career by accepting ESPN’s job offer in 2011 and left Denver for Chicago. In August 2015, she was named the first female National NFL Insider. Apart from being a sports reporter, Jossina is also an accomplished former ballet dancer. She worked with the Dance Theater of Harlem and Pennsylvania Ballet. Moreover, she has also performed as a solo ballet dancer for the American Youth Ballet. 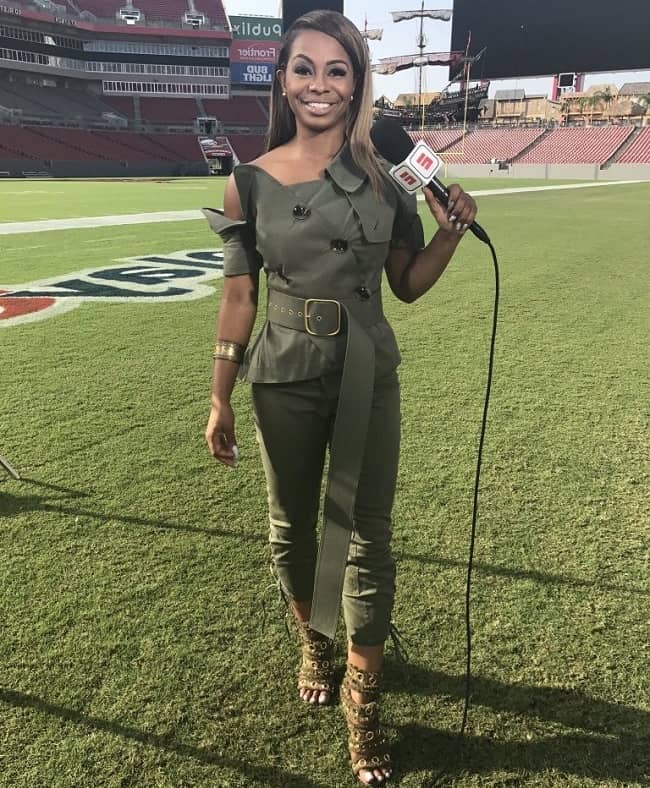 She has won a Heartland Emmy award in 2009 for her coverage of quarterback John Dutton and his wife Terina’s trip to Ethiopia. At the time, they went to adopt their 11-year-old son Miki. In 2014, she has won a Salute to Excellence award for radio reports called “Outside the Lines and The Sporting Life”, featuring Brandon Lowe and Dwayne Bray. Her estimated net worth is around $2.2 million. She has earned from her career as a sports reporter. Her annual salary is about a minimum of $65,000.

Josina has been very private about her relationship. She has always stayed away from any gossips or affairs with anyone. There is no information regarding her boyfriend or husband and she doesn’t have any kids. So she is still considered to be single.

In August 2014, Josina Anderson was hugely criticized as she was reporting from her St. Louis Rams’ and she said about Michael Sam’s showering habits. She told about how he would not take a shower before all his teammates had done so. But this was a sensitive topic as Sam was the first and only player in the NFL training camp who openly admitted to being gay. So both she and ESPN were criticized by other football players as well as LGBTQ activists. On their part, ESPN initially she at first, but later decided to issue a public apology.

She has long black hair, brown eyes and has 5ft 8ins (1.72m) tall height, and weighs around 150lbs (68kg). Her body measurements are 34-26-35, and she wears shoes size seven. Josina is very active on social media. On her Instagram account (@josinaanderson), she has 83.6k followers and she has 177.1k followers on her Twitter account (@JosinaAnderson). Her Facebook page @JosinaAndersonESPN has 44k likes and 45k followers.