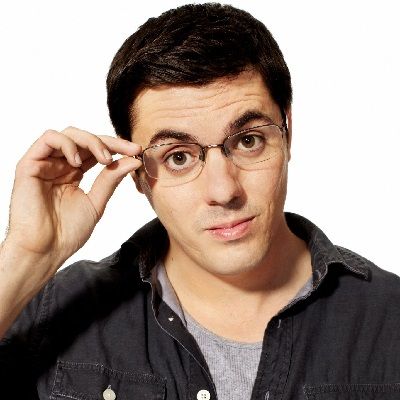 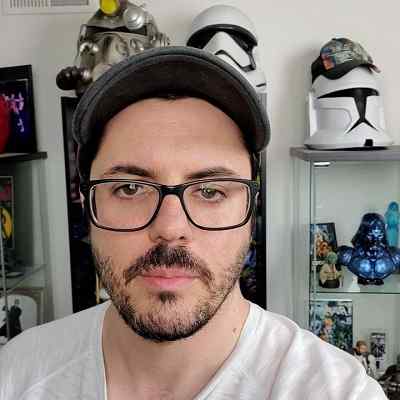 Joshua Ovenshire is a YouTube Gamer who became one of the six faces of the famous  SmoshGames YouTube channel. Joshua Ovenshire gained reality fame as a competitor on the TBS gaming competition King of the Nerds.

Joshua Ovenshire is 33 years old. He was born on May 18, 1987, in California, the United States under the astrological sign Taurus. There is no information regarding his parents, siblings, early childhood on the web. Likewise, he is of Irish descent and belongs to American nationality.

Moving toward his educational background, he might have completed his University graduation but has not talked about it. Similarly, he was a member of his high-school flag team.

His favorite actor is the popular Hollywood actor Emma Watson. Likewise, his all-time favorite show is the long-running British science-fiction drama ‘Doctor Who.’ He loves dogs and has even owned two dogs named Lilah and Freya. He likes listening to country music.

Talking about Joshua Ovenshire, he is a famous YouTube gamer. He belongs from Smosh Games, Host, Vlogger, Gamer, Geek, and VO artist. Likewise, he also talked about Movies, Comics, Video Games, and all things Geek Culture. He started his career in the social-media scene as a gamer host. In 2010, he made his YouTube debut through the video-gaming series ‘Mahalo Games.’ Concurrently, he hosted the game series ‘Clevver Games.’ The viewers highly appreciated his chemistry with the co-hosts “Lasercorn” and Sohinki.

Further, his breakthrough came in 2013, with the reality TV show ‘King of the Nerds’ (Season 1). The show got enormous success and supported him to earn immense fame. In the same year, he launched his own YouTube channel The Jovenshire on October 6, 2012. He uploaded his first debut video titled “WELCOME TO THE JOVENSHIRE’S CHANNEL” on January 18, 2013. The video almost got 328,925 views to date. Since then, he has been posting videos on his channel.

Moreover, his channel grew immensely popular shortly after the launch of the show. At present, the channel has over 439 thousand subscribers. With the success of his channel, he has registered his name amongst the most prominent and established YouTube gamers on the web.

He attended the ‘WonderCon’ dressed as ‘Wolverine’ in 2013. He even appeared the “YouTubers” grand festival ‘Video Convention’ the following year, where he presented the popular track ‘Call Me Maybe.’ 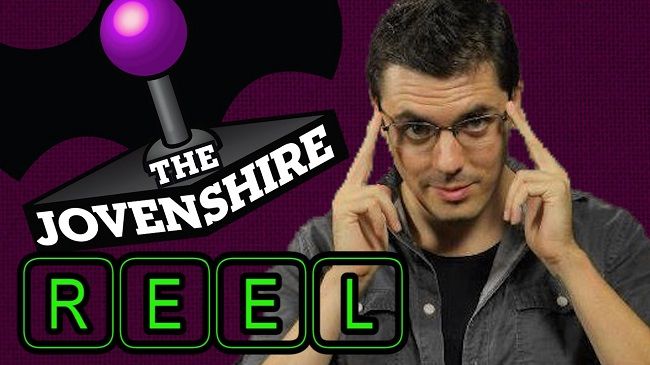 Moreover, Joshua Ovenshire has also gained good fame as an actor, an editor, as well as a writer. In 2010, he got noted as one of the editors of the thriller series ‘8.13.’ He worked as a writer for a long time with the TV series ‘Honest Game Trailers.’

He has also temporarily pursued a career as a voice artist. He voiced to a ‘DLC’ announcer pack for the mobile game ‘Jetpack Fighter.’ Furthermore, he has also presented his voice to several characters ‘Baron Zemo’ and ‘Bucky Barnes’ in ‘How Captain America: Civil War Should Have Ended.’ Even he has made an appearance in the web series ‘The Walking Dead.’ Despite his popularity and fame, he has not received any brand endorsement deals as of now. However, it is possible that in near future, he might start to endorse brands.

Furthermore, Joshua Ovenshire has had a long-term association with the ‘YouTube’ gaming channel ‘Smosh Games.’ After the existence of two popular members, “Lasercorn” and Sohinki, he is currently one of the two original ‘Smosh Games’ members to still be associated with the channel.

Similarly, he has gained incredible fame through the ‘Smosh Games’ series ‘Game Bang.’ He also holds a history for the most losses (75 losses) in ‘Game Bang.’ Notwithstanding this, he is the series’ most favorite host. 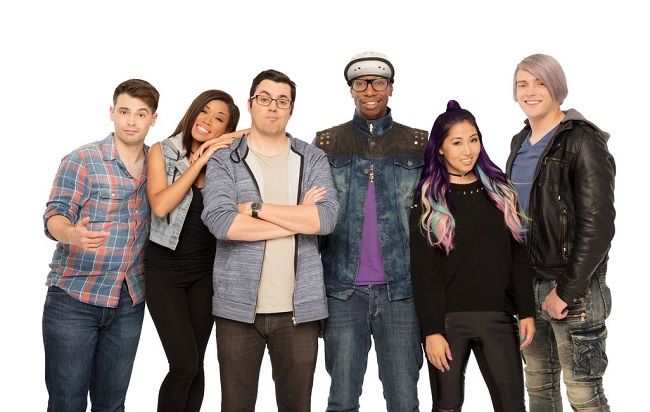 The famous YouTube gamer Joshua Ovenshire has got numerous nicknames and online pseudonyms in his career to date. His particular hysteric fits and intermittent, gasping laughter have got him the nickname “the Walrus Laugh.”

Further, Joshua has terrible eyesight which has produced blind spots in his cornea that make it challenging for him to read, write, or see things clearly. He suffers vision problems while playing games, too. One of the members of his gaming squad, recognized as “Flitz,” called him “Blind Beaver.”

Additionally, he is also famous as “Joven of the Shire,” “Joven,” “Paranormalpir8,” “Breakfast Bitch,” “Jovey (Mari),” “Mr. Handsome,”  and “Detective Raisins.” However, he prefers to be named either “Joshua” or “Joven.”

Speaking on Joshua Ovenshire’s earning, he is a famous YouTube Gamer who has earned a decent sum of money through his career. However, he has not exposed his net worth as well as earnings on the web. However, some of the online resources have estimated his net worth around $14 million (According to celebstrendnow).

What is the relationship status of Joshua Ovenshire?

Reflecting on Joshua Ovenshire’s personal life, he is a married man. He married popular hair and makeup stylist Katherine “Kate” Bow.  He met her for the first time through ‘Tinder’ in 2014. Likewise, his nerdy appearance drew Kate a lot, and she swiped right. They became engaged in September of 2016.

Further, the duo exchanged their wedding vows and tied a knot on September 30, 2017. Also, they share the good news about his wife’s pregnancy through his social media handles. He shares a photo of his wife showing reports on  October 25, 2019. 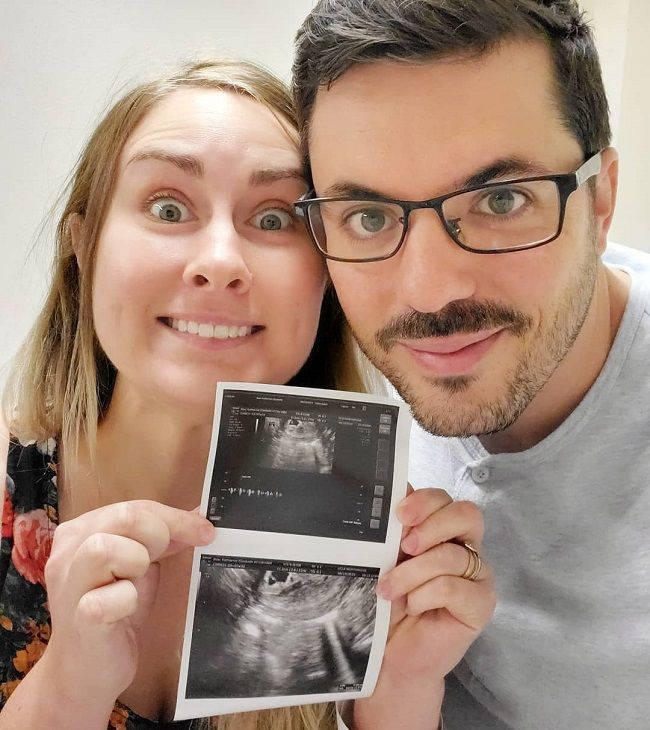 Talking about Joshua’s previous relationship,  he had been in a relationship with American TV personality, actor, and comedian Erin Darling in 2013. The duo was romantically linked with each other but their relationship did not last long.

Moreover, he has not been through any kind of controversy as well as rumors on his personal and professional life. He focused more on his career rather than being stuck on scandals.

Moreover, he has also talked about his numerous near-death experiences on several occasions. He was burned a number of times and was also declared dead once. However, he is very strong and healthy right now. He is also a cancer survivor, too.

Joshua Ovenshire has a good tall personality. However, he has not mentioned his information regarding height, weight, and other body statics too. He has a pair of light brown eyes and has a brown hair color.

Joshua Ovenshire has a craze for tattoos. He has many tattoos all over his body, and each of his tattoos has a specific meaning and memory attached to him. His first tattoo was the one on his right arm. The tattoo, inked in Japanese letters, interprets into the phrase “Don’t fear your decision.”

Likewise, he has another tattoo on his left wrist. He has inked a set of vampire fangs. Right above the fangs, he has inked the ‘Batman’ logo, which represents his immense affection for the superhero. He calls the tattoo ‘The Bat-tat.’ His right calf demonstrates a ‘Star Wars’ franchise character, the ‘Mandalorian,’ or the ‘Boba Fett Crest.’

Similarly, his largest tattoo is along the length of his spine. The tattoo inked a large sword and symbolizes strength. A set of clockwork gears is over his heart and honors his numerous near-death survivals.