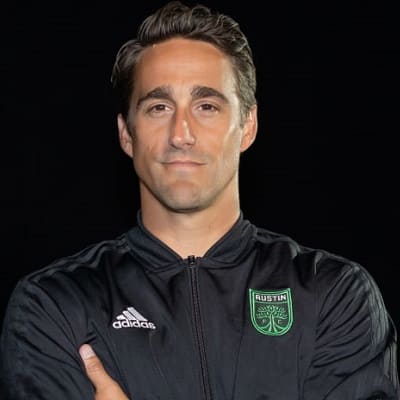 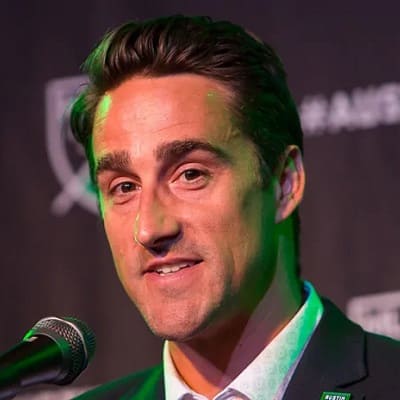 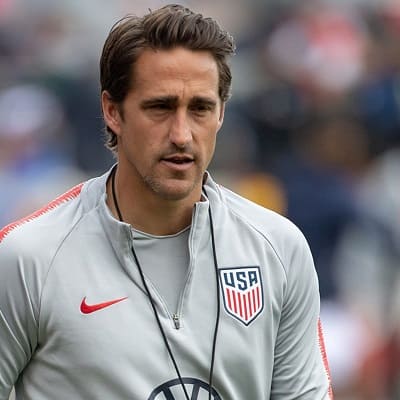 Josh Wolff is a popular American head coach of the MLS expansion team Austin FC. Josh Wolff is also famous as a former soccer player who played for various teams including Chicago Fire and Kansas City Wizards among others.

Josh Wolff was born on 25 February 1977. As such, Wolff is currently 45 years old. Wolff hails from Stone Mountain, Georgia, and his zodiac sign is Pisces. Other than that there is no other information regarding parents and siblings.

Regarding his educational journey, Wolff attended the University of South Carolina. At this institution, this personality played three years of college soccer and scored 21 goals and 8 assists in 43 games.

Professionally, Josh Wolff is a football/soccer coach. Similarly, Wolff was also a player in his past. Following his junior season, this player left college and signed with Major League Soccer. MLS assigned Josh to the Chicago Fire.

Following this, Josh set the MLS rookie scoring record with Jeff Cunningham by scoring eight goals. Further, this personality played the following four seasons for the Fire where he scored 24 goals. 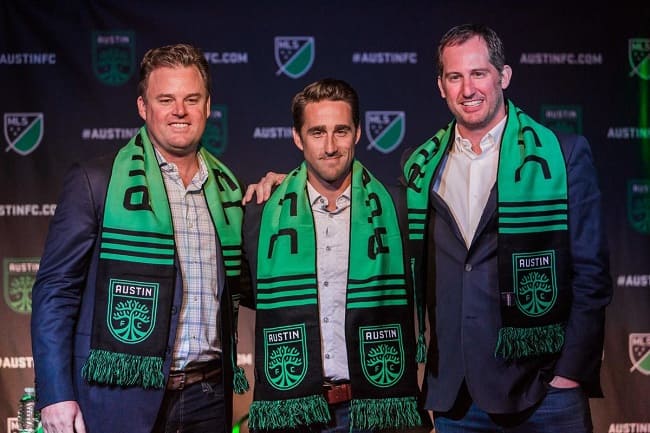 Caption: Josh Wolff posing for a photo after being selected as the head coach of Austin FC. Source: Gwinnett Daily Post

From England, this player traveled to Germany for a tryout with 2. Bundesliga club 1860 Munich. On 6 December 2006, 1860 Munich signed this player to a contract through the 2007–2008 season. The player joined the team during its January 2007 mid-winter training camp. However, Josh was waived at the end of the 2008 season.

Following this, this player signed with the Kansas City Wizards on 30 June 2008. At the end of the 2010 MLS season, the club declined Josh’s contract option. Furthermore, on 15 December 2010, D.C. United selected this personality in Stage 2 of the 2010 MLS Re-Entry Draft.

Wolff also immediately signed a one-year contract with a club option for the year 2012. Further, Josh announced his retirement as a player on 28 November 2012. Subsequently, Wolff became a full-time assistant coach with D.C. United.

This former player has scored 9 goals in 52 caps since his debut against Jamaica on 8 September 1999. Wolff also starred for the US in the 2000 Summer Olympics. At this event, this former player scored 2 goals and helped the team to a 4th-place finish. 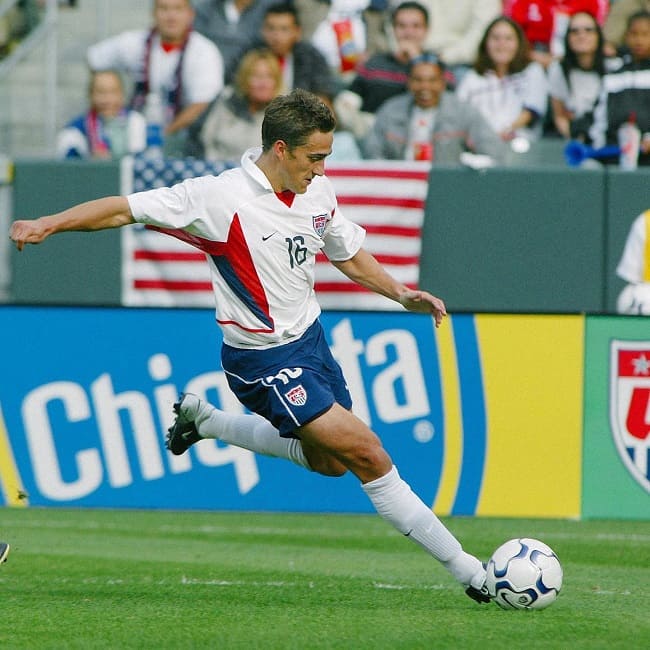 As with his club teams, Josh has had trouble securing a definite spot due to continual injury problems. Moreover, he also played for the United States in the 2002 World Cup where he assisted on the opening goal in the 2nd-round win against Mexico.

Similarly, on 2 May 2006, this former player was named to the US roster for the FIFA World Cup in Germany. On 4 June 2008, Wolff played his last national team match versus Spain at Estadio El Sardinero.

Career as a Coach 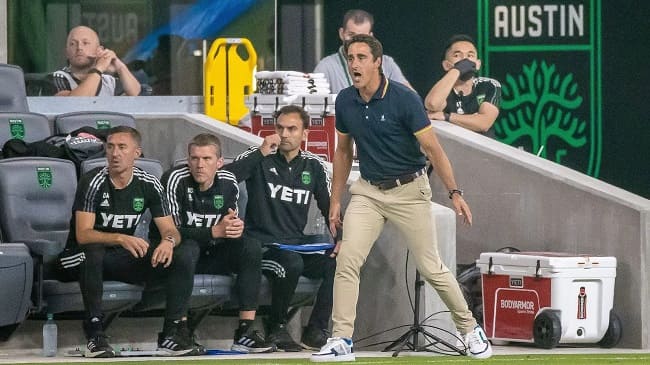 Caption: Josh Wolff coaching during a game. Source: The Striker

Following a season coaching at D.C. United, this personality joined the Columbus Crew in November 2013. He worked as an assistant coach until 2018. He later joined the staff of the United States Men’s National Team under Gregg Berhalter.

On 23 July 2019, this personality was announced to be the 1st head coach in the history of the MLS expansion team Austin FC.

Despite having the 4th-highest average percent possession per game at 53.9%, his team scored the fewest goals in the league at 35. Austin FC went into their match on 30 October against Dallas. In his 1st season as a head coach, the fans questioned the coach about his tactics and substitutions.

Moving on, this personality has earned a net worth of around $5 million US dollars through his career as a head coach of the soccer team Austin FC. Wolff’s net worth is also contributed by his previous earnings as a professional soccer player and former assistant coach with various teams.

Josh Wolff is happily married to Angela Wolff since the year 2000. Together, Mr. and Mrs. Wolff have two children namely Owen Wolff and Tyler Wolff. Both of their children are also soccer players. While his eldest Tyler plays for Atlanta United, his younger Owen plays for him at Austin FC.

Josh Wolff stands tall at an approximate height of 5 feet 6 inches and her weight is around 62 kgs. Likewise, Wolff has brown eyes and hair of the same color. Besides these, coach Josh’s other body measurement details like his chest-waist-hip measures, biceps, etc. are still under review.