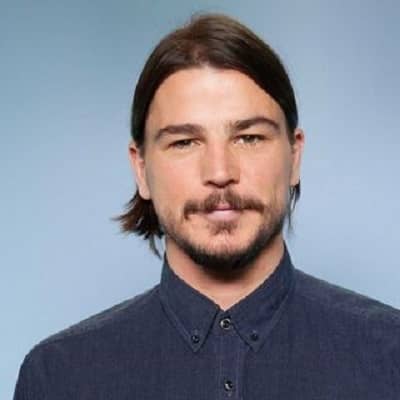 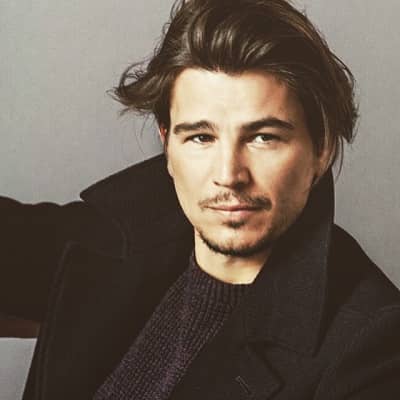 Josh Hartnett is a well-known American actor and producer. Josh Hartnett came into the limelight in 1997 for his role as Michael in the TV crime series “Cracker”.

Josh Hartnett was born Joshua Daniel Hartnett on 21st July 1978. He stepped into this world in Saint Paul, Minnesota, United States. By this, he is currently 44 years old as of 2021 and American by nationality. Similarly, he is from a Christian family. Also, his birth sign is Cancer.

Moving on towards his family members, he was born to his father Daniel Thomas Hartnett, and her mother Wendy Anne. His father is a building manager. He spent his childhood with his father and his stepmother Molly, an artist. Likewise, he has three younger half-siblings named Jake Hartnett, Jessica Hartnett, and Joe Hartnett.

Talking about his educational status, he first joined Nativity of Our Lord Catholic School. Then, he attended Cretin-Derham Hall High School and completed his schooling there. Moreover, in 1996, After high school, he relocated to New York to attend Purchase College’s ‘Conservatory of Theatre Arts & Film,’ but the experience was not what he had hoped for, and he departed in 1997.

Josh Hartnett moved to Los Angeles to pursue a career in acting. Forth 1997, he put in a lot of effort, auditioning for over 50 projects in three weeks before earning a role in the ABC crime drama ‘Cracker.’ Although the show was short-lived, it afforded the young actor a lot of exposure. For the following two years, he featured in advertisements and plays on television. He played ‘John Tate’ in the slasher horror film ‘Halloween H20: 20 Years Later’ in 1998. Despite receiving mixed reviews, the film was a box office success. 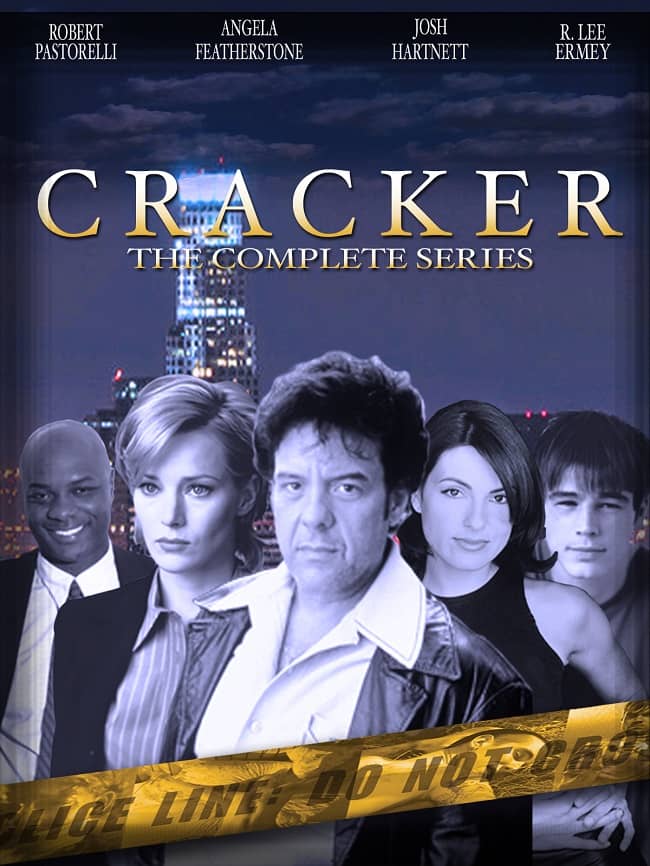 In 1998, he starred as ‘Zeke Tyler’ in the science fiction horror film ‘The Faculty,’ alongside Elijah Wood, Laura Harris, Salma Hayek, and Jon Stewart. For his performance, he was nominated for a ‘Saturn Award.’ He was a member of the ensemble cast in Michael Bay’s epic war picture ‘Pearl Harbor,’ which was released in 2001. The film depicted the Japanese attack on Pearl Harbor and the accompanying “Doolittle Raid.” It was a huge box office hit.

Although he was rarely hired in main parts, he was frequently cast as part of the ensemble cast of important films. In the military picture ‘Black Hawk Down,’ he played ‘SSG Matt Eversmann,’ who recounts the events of the ‘Battle of Mogadishu.’ In the 2006 crime thriller film ‘Lucky Number Slevin,’ Josh Hartnett co-starred with Bruce Willis, Morgan Freeman, and Ben Kingsley. Two criminal lords and a mystery hitman were the central characters in the film.

He rose to prominence as a result of his work in thrillers and horror films. In 2007, he participated in the vampire horror film ’30 Days of Night,’ which is set in an Alaskan hamlet tormented by vampires. In 2008, he became a producer with the drama picture ‘August,’ in which he also starred. The plot revolved around two ambitious brothers who strive to keep their firm viable when the stock market plummets in August 2001.

In 2010, he starred in the martial arts action film ‘Bunraku,’ which follows a teenage vagrant on a quest for vengeance. The film is greatly influenced by samurai and Western flicks. ‘Stuck Between Stations,’ ‘The Lovers,’ ‘Wild Horses,’ ‘Oh Lucy!,’ ‘She’s Missing,’ and ‘Inherit The Viper’ was among the films he appeared in between 2011 and 2020.

Being involved in the entertainment industry, Josh has made a huge amount of net worth. As of the online resources, he has an estimated net worth of $25 million US dollars.

In terms of his personal life, he has been in a long-term relationship with actress Tamsin Egerton since 2012. They are the parents of three children. As of 2017, the couple and their children reside in Surrey. Scarlett Johansson, Sophie Lie, Kelly Lee Carlson, and Amanda Seyfried are among the attractive ladies he has been romantically associated with. 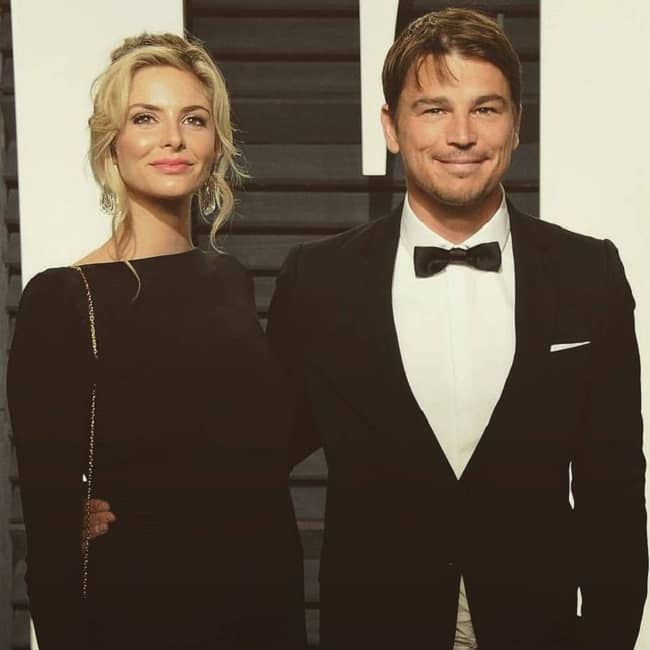 Josh has a distinct personality and a really attractive look. The actor has a height of 6 feet 3 inches tall, or 1.9 meters. Furthermore, he is 75 kg in weight. His eyes are hazel in color, and his hair is dark brown. There are no more data about his physique accessible. 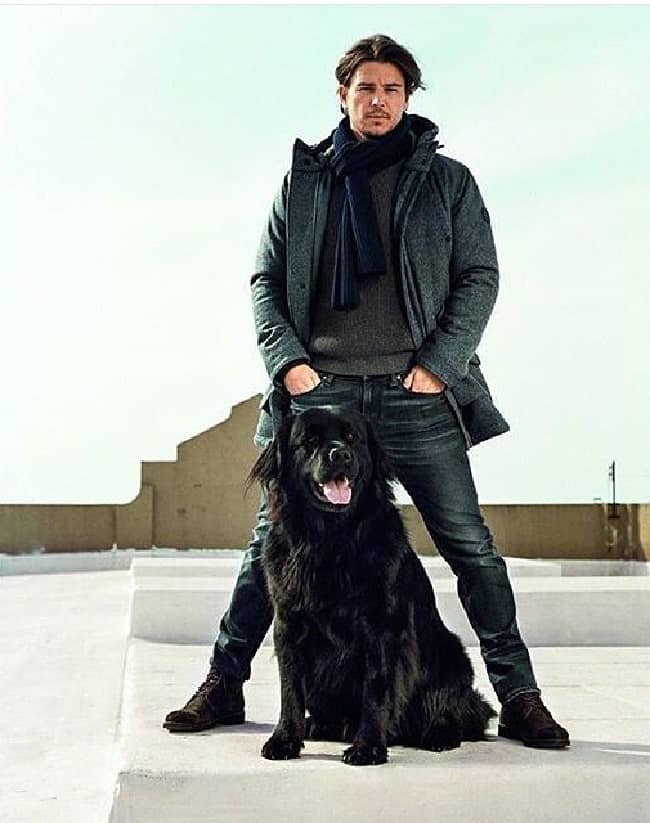