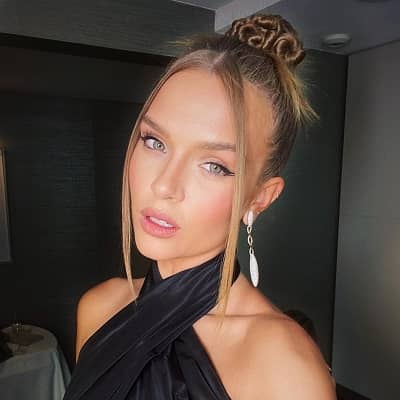 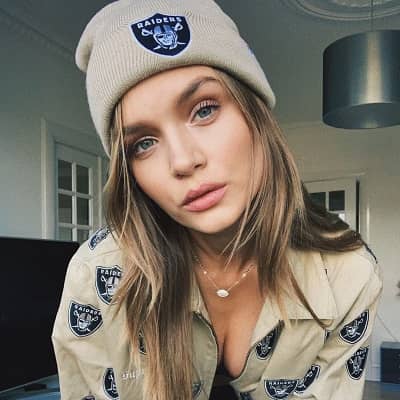 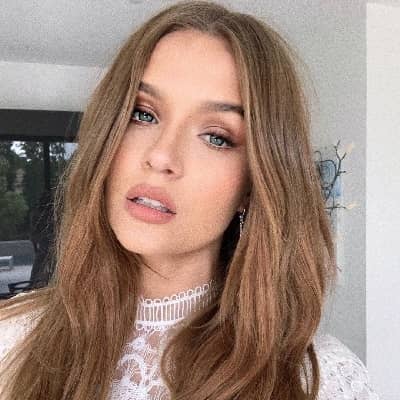 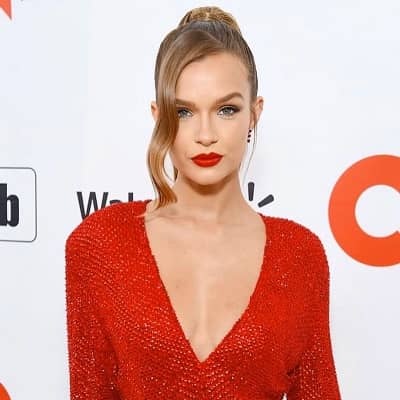 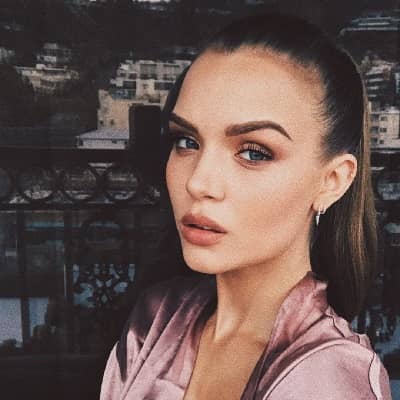 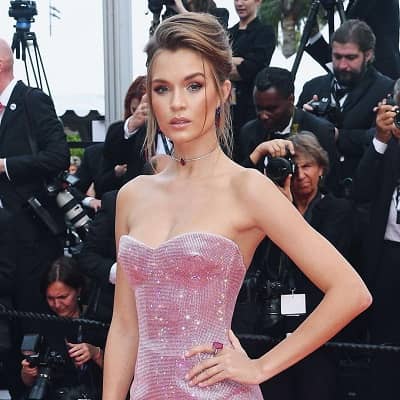 Josephine Skriver was born Josephine Skriver-Karlsen, born on April 14, 1993. She hails from Copenhagen, Denmark. At present, she is 29 years old and her zodiac sign is Aries. Talking about her family background, her mother is an IT analyst and her father is a marine biologist. Moreover, her mother is a lesbian and her father is gay. She has a younger brother named Oliver. Both of them were conceived through IVF.

Her parents were broadminded, therefore, both her parents openly accepted and also talked about their sexual stance rather than keeping it under wraps. Therefore, her lesbian mother and gay father married their respective partners which gave her an additional set of parents whom she adored.

Therefore, instead of calling them step-parents, she called them ‘bonus’ parents. Skriver most often states that she is extremely grateful to be born in such a loving family with giving parents with whom she shares a strong bond of love. Furthermore, she is an avid fan of the NHL’s Nashville Predators. And the NFL’s Las Vegas Raiders can also be frequently spotted at their games. 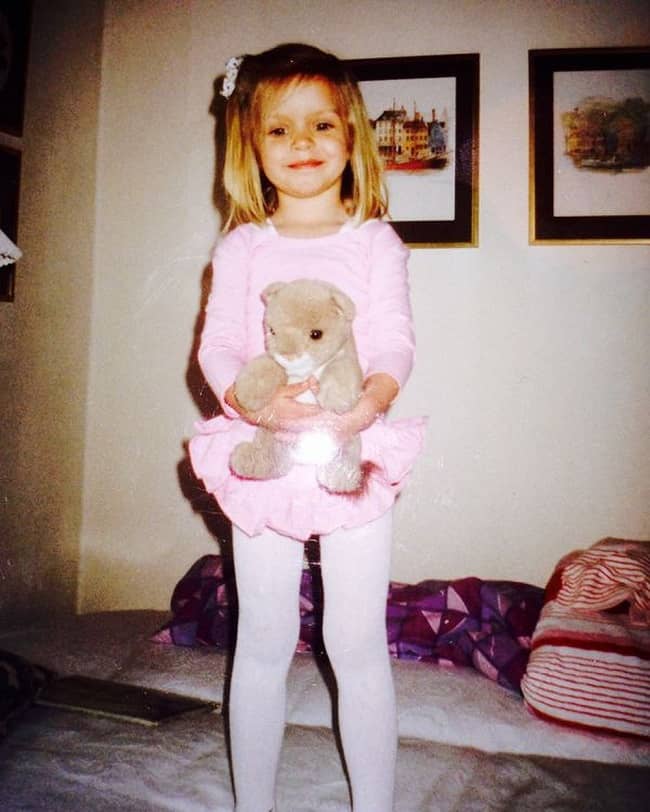 Skriver was approached about her modeling potential while on a trip to New York with her soccer team at the age of 15. Shortly then, she got signed by Unique Models, an international modeling agency. She was also approached by other agencies outside of Denmark. However, she decided to wait to stay in school. And, soon after completing school, she started pursuing a modeling career in 2011.

Fast forward, her debut season was Fall/Winter 2011. Therefore, during which she opened for Alberta Ferretti and closed for Prada. In the season, she walked for many other prominent designers, like Rag & Bone, Calvin Klein, Givenchy, Yves Saint Laurent, Gucci, Dolce & Gabbana, Valentino, Alexander McQueen, Balenciaga, DKNY, and Christian Dior.

And, she was also on the cover of and featured in editorials of various magazines such as Marie Claire, L’Officiel, Vs., W, Allure, Chinese, Japanese, V magazine, Interview, Russian, and American Vogue, and also Italian, Brazilian, Swedish, Danish, French Elle, and British, Polish, Mexican, Arabian and American Harper’s Bazaar, and many more. 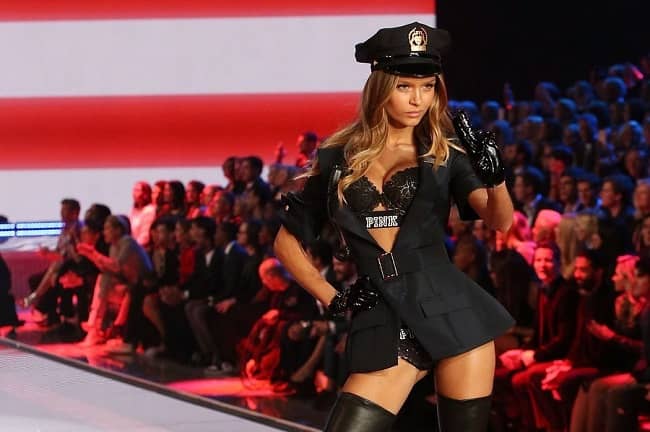 Caption: Josephine Skriver is one of her fashion shows. Source: Instagram

This girl has also worked with Greg Kadel for German Vogue, Tim Walker for American Vogue, Steven Meisel for Vogue Italia, Terry Richardson for H&M, Mario Testino for Michael Kors, and Patrick Demarchelier for Dior. Further, she has appeared in catalogs and advertisements for Victoria’s Secret.

Luckily, since the year 2013, she has walked in the Victoria’s Secret Fashion Show every consecutive year. Moreover, in February 2016, Skriver was officially one of the brand’s contracted Angels. Likewise, on January 22, 2020, she was confirmed as the newest model for the 2020 ‘Sports Illustrated Swimsuit Issue.’

She has on many occasions spoken candidly about LGBT rights. And also openly discussed her upbringing with both parents being members of the LGBT community. In the year 2015, she was made a celebrity ambassador for the ‘Family Equality Council’. Likewise, its Outspoken Generation Program, which aims to raise awareness about LGBTQ families. Skriver has stated that her ultimate goal is that her story will

“not be that interesting soon, because that would mean that society has come to accept LGBT parents to be just as traditional and normal as any other way of having a family.”

Since 2013, Skriver has been in a relationship with an American singer-songwriter and the lead vocalist of The Cab, Alexander DeLeon. In 2014, the duo modeled in a fashion spread for Elle Italia. Moving on, in November 2018, they announced their engagement. Currently, the two live together in Nashville, Tennessee, USA. The two have a great bond and are living happily together. Both of them often share their beautiful and cute pictures on their respective social media profiles. 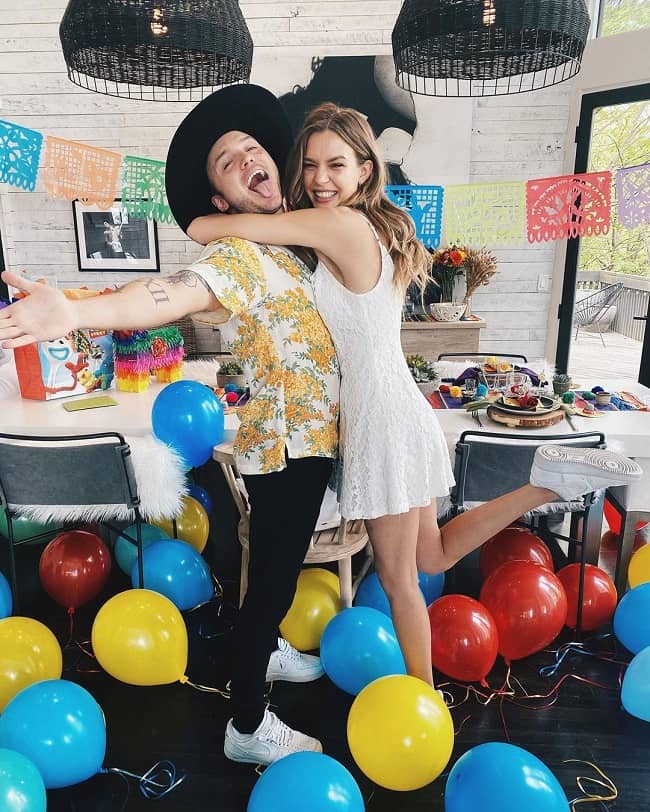 Josephine is a supermodel with a great personality and beautiful looks. She looks stunning along with her curvy body figure. She is quite tall and has a height of 5 feet 11 inches. Similarly, she weighs around 54 kilos. Her body figure measures 30-22-34 inches. Moreover, she wears a shoe and dresses size of 10 (US) or 42 (EU) and 2 (US) or 34 (EU) respectively. Skriver has pretty green eyes and a lights brown hair color.

She is popular on social media sites. Her Instagram page ‘@josephineskriver’ has gathered over 6.3 million followers. Similarly, her official Facebook page has earned over 2.4 million followers. She has gained over 726.3K followers on her Twitter account. She is also active on TikTok and has achieved over 68.8K followers and 898K likes.

This amazing and talented personality surely earns a great sum of money. Her profession made her earn a handsome amount of money without a doubt! However, her net worth as of 2021 is $12 million.