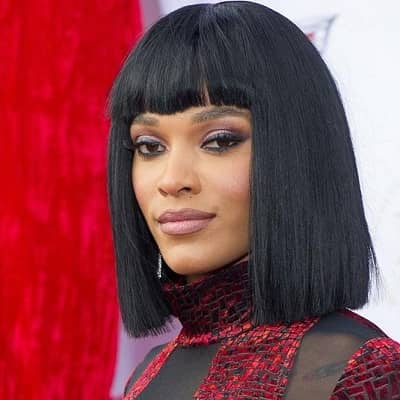 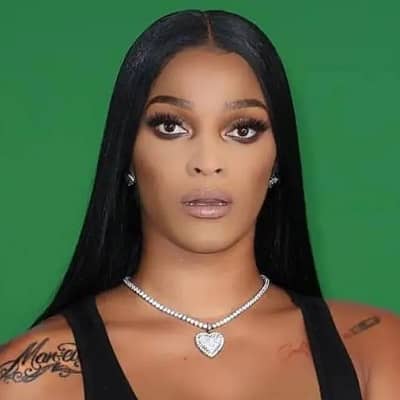 Joseline Hernandez is a Puerto Rican-American rapper and actress who rose to fame as the main cast member of the VH1 reality series Love & Hip Hop: Atlanta.  Moreover, Joseline Hernandez was on the show for six seasons with her partner Stevie J, with whom she also co-starred in the spin-off Stevie J & Joseline: Go Hollywood.

Joseline Hernandez was born on 3rd November 1986, in Ponce, Puerto Rico. As of now, Joseline is 35 years old and holds a Puerto nationality. Moreover, she has the zodiac sign of Scorpio and belongs to Afro-Puerto Rican descent. She is the daughter of Carmen (mother) and her father’s name is unknown. She went to Florida with her mother, stepfather Luis, older sister Yanira, and four brothers, Jorge, Hisael, Kermit, and Luis Jr., when she was six years old.

Moreover, her biological father died from a heroin overdose. Her younger brother has autism and needs specialized care. Joseline began stripping at the age of 16 to support her family. During this time, she was jailed for indecent and lascivious behavior under the name Shenellica Bettencourt in 2003 and 2007.

Talking about her academic career, she has not disclosed her educational qualification. Looking at her success, we may assume that, she might have completed her graduation from a well-known University.

Joseline Hernandez started her career as a stripper during her early career. She began her career as a member of the original cast of Grammy-winning music producer Stevie J.’s reality TV show ‘Love & Hip Hop: Atlanta.’ The show follows the lives and challenges of hip hop musicians such as Mimi Faust, Karlie Red, and Erica Dixon.

Joseline was discovered by Stevie by chance at a Florida strip club. The tight and compelling unfolding of events, as well as the highly charged romantic drama among the leading cast members, pushed the show to success. ‘Love & Hip Hop: Atlanta’ became the franchise’s highest-rated show, and she became a well-known face on television. 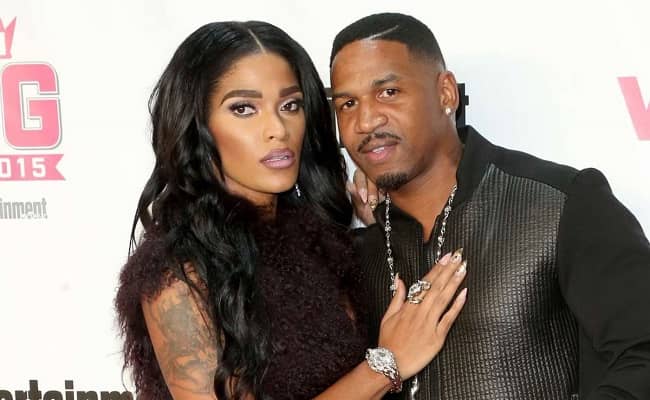 Stevie assisted Joseline in creating and recording a series of singles such as ‘Church’ and ‘Stingy with My Kutty Katt’ as part of the show’s theme. She has also made reggae-themed music videos for these songs. She appears in Rocco’s Wordplay 2 single ‘Girls Gone Wild’ and Stevie J.’s produced music videos such as Trey Songz’s ‘Hail Mary.’ ‘La Negra’ and ‘Been Getting Money’ are two of her other hit songs. Since her popularity, she has appeared on various television shows, including The Wendy Williams Show, K. Michelle: My Life and This Is Hot 97. She has performed at award ceremonies such as the AVN Awards and the BET Hip Hop Awards.

She made an appearance as an actor in Lee Daniels’ television series Star in 2016 and was subsequently granted a recurring role.  In 2017, she served as a co-host on the talk show ‘The Real.’ She also appeared in a spinoff of her hit show Love & Hip Hop: Atlanta in 2016, named ‘Stevie J & Joseline: Go Hollywood,’ which was a huge success.

‘Joseline’s Special Delivery,’ her show, premiered on VH 1 in May 2017 and documented the birth of her child. From January 23 to 27, 2017, she appears as a guest co-host on the syndicated talk show The Real. Then again from May 1 to 5, 2017. She left Love & Hip Hop: Atlanta on June 1, 2017, during the sixth season reunion taping, claiming disputes with creator Mona Scott-Young and the show’s producers.

Joseline released “Run Me My Money,” a diss tune aimed at Mona Scott-Young, and “Hate Me Now,” generally thought to be aimed at Cardi B, in 2017. In January 2018, she went to Miami and began filming Joseline Takes Miami for We TV with former Love & Hip Hop: Atlanta producer Carlos King, but the show never aired. She began filming Joseline’s Cabaret for Zeus Network in October 2019. Joseline returned to the franchise in 2019 after a three-year break, joining the cast of Love & Hip Hop: Miami in season three.

She has performed in several awards shows but, is yet to receive some awards for herself. Looking at her fame and name, we may assume that, she will receive some of them in the following years.

As a host, rapper, and actress, she has collected a decent sum of money in her profession. As of now, her net worth estimates at around $500,000 and she has not disclosed her income and salary yet in public.

Joseline is a bixexual. She and Stevie are reported to have married in 2013. However, Stevie J revealed in 2016 that the marriage was staged for publicity purposes. And Joseline confirmed they were in a long-term relationship and never officially married in court records disclosed later that year. The couple’s breakup was recorded in the fifth season of Love & Hip Hop: Atlanta. 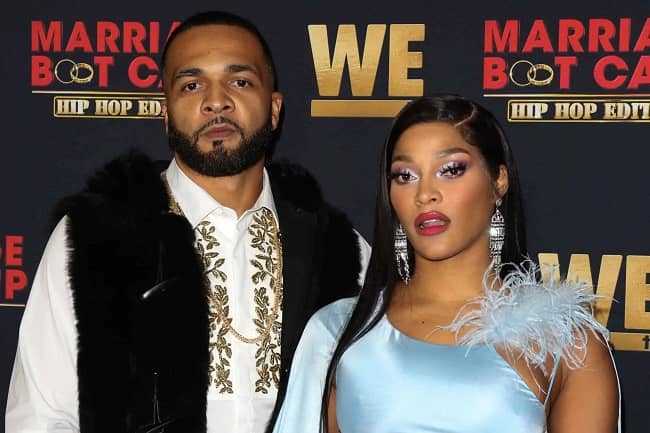 During the fifth season reunion of Love & Hip Hop: Atlanta, she revealed she was pregnant with Stevie’s sixth child. Bonnie Bella Jordan, her daughter, was born on December 28, 2016. She is rumored to be dating music producer Robin Ingouma, also known as Balistic Beats, in April 2019. Later that year, they became engaged. 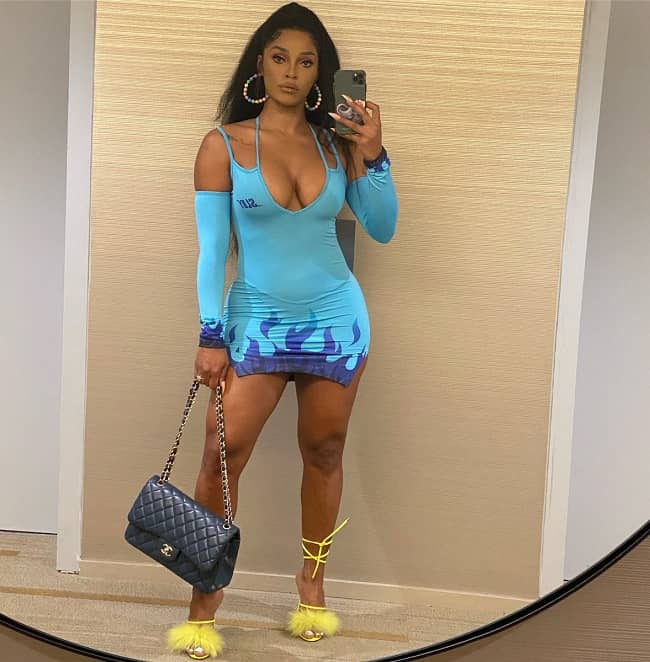 This lady is 5 feet 5 inches tall and weighs around 56 kg. Moreover, this actress has black eyes with black hair color.