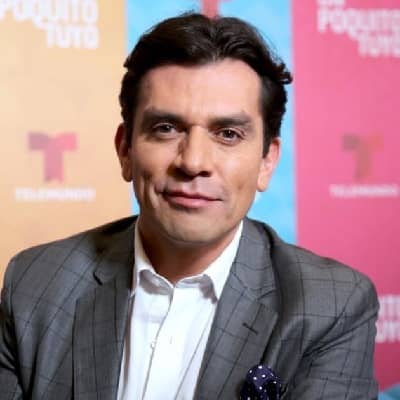 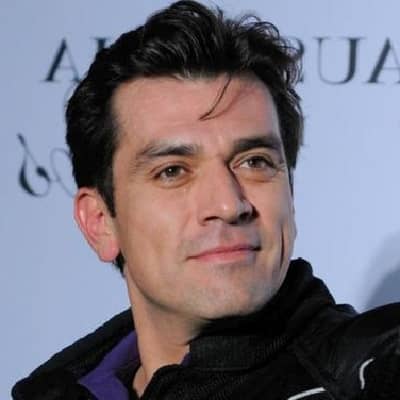 Jorge Salinas is a popular actor and TV personality, famous for his Mexican main character in telenovelas. Jorge Salinas was also present in “Sexo, pudor y lágrimas” in 1999, and in the movie, “Amores Perros” in 2000.

The TV personality’s birthdate is 27th July 1968 and his birthplace is in Mexico City, Mexico. He grew up in the same place where he was born. Likewise, his full birth name is Jorge Salinas Pérez. The actor holds a Mexican nationality and is of Latin ethnicity.

His age as of now is 53 years old whereas his zodiac sign is Leo. However, there is no information about his parents, siblings, and childhood since he has been maintaining some low profile. Regarding his educational background, he got into the Centro de Educación Artística (CEA) in the year 1990. After completing his education, he got his 1st chance in the telenovela Valeria y Maximiliano. 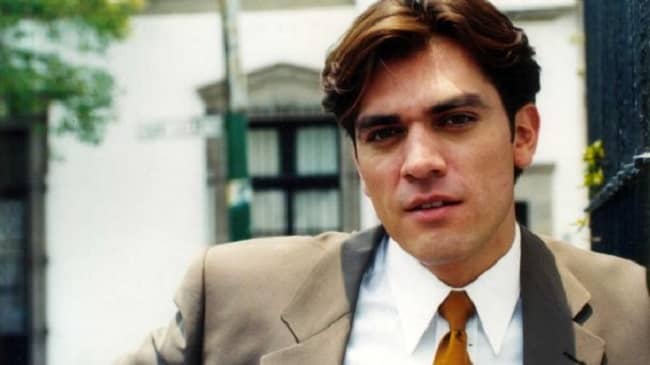 In the year 2000, he was present in the movies, “Amores perro”, and “Mi Destino Eres Tú”. Some of his other works are “Las Vías del Amor” of the year 2002, “Mariana de la Noche” of the year 2003, and “The Virgin Wife” of the year 2005. As of 2008, the Mexican TV artist got a leading role of the popular telenovela, “Fuego en la sangre”. There Salinas worked together with Adela Noriega and Eduardo Yáñez. In the year 2011, he got the main role of Rogelio Montero Baez in “La que no podia amar”.

The producer Salvador Mejía Alexandre chose Jorge as a leading cast in the year 2012 for “Qué bonito amor”. It was a fresh version of “La Hija del Mariachi”, the Colombian telenovela. In the year 2014, he became a part of the telenovela, “Mi corazon es tú” ( My Heart is Yours ). The same telenovela turned out to be the best novel of the year. As for his speech, he told, “I have played the protagonist, (Fernando Lascurian Borbolla) alongside Silvia Navarro (Ana Leal) and the villain Mayrin Villanueva”.

Salinas shared the stage together with César Évora in the stage play Enigmatic Variations. It happened in the year 2017 whose writer was Eric-Emmanuel Schmitt. In 2019, he was a part of “Un Poquito Tuyo” being Antonio Solano together with Majorie de Sousa being Juelita Vargas. He then got the role of Ernesto Rioja Armida in “Te Doy La Vida” in 2020 with Eva Cedeno and Jose Ron. Over this years, he is most popular for appearing in 1999’s “Sexo, pudor y lágrimas”, and 2000’s movie, “Amores Perros”. Recently, the actor has been a part of “SOS I’m falling in love” from 2021 to the present.

As the actor and his amazing work are visible all over the world for which he has also gained a lot of awards. From the year 2000 to 2004, the Mexican artist was nominated for TVyNovelas Awards. But he won it once in 2000 and then in 2009 in the category of the Best Lead Actor. In the year 2012, the actor won the People en Espanol Awards in the category of the Best Couple together with Ana Brenda Contreras. He even was nominated for the same award and then for the Canacine Awards. 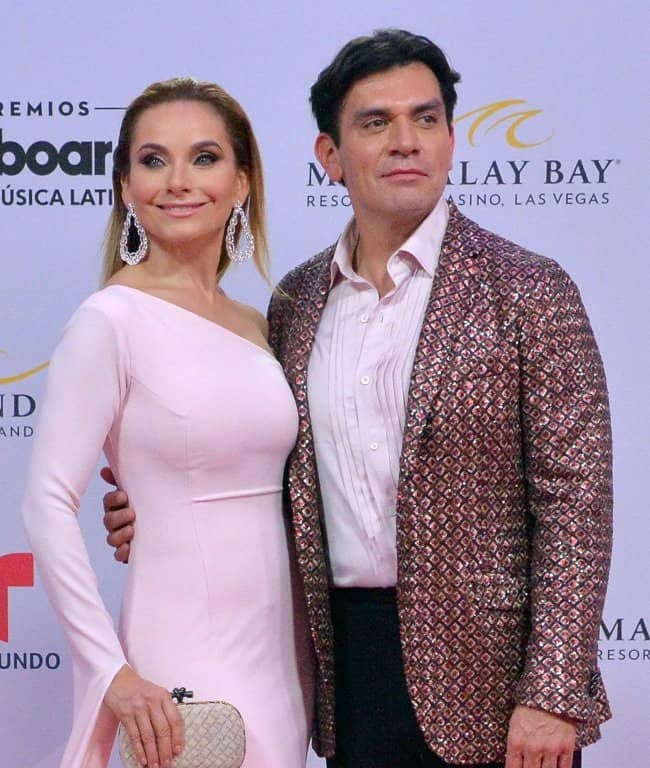 Jorge’s estimated net worth as of the recent update must be between $1 million and $5 million dollars. This includes all the assets, money, and income he owns and earns. However, there is no exact information about the Mexican artist’s net worth and salary. His primary source of income is his career as a Television Personality and actor. With his amazing income, the actor must be living a luxurious and happy life together with his wife and children in Mexico.

The mesmerizing Mexican artist had built romantic relationships with several people. At first, Salinas was in a romantic relationship with the actress Adriana Cataño for a short period. In September 1995, they became parents of their first daughter, Gabriella. Then, the Mexican actor tied a marital knot with Fátima Boggio in the year 1996. They gave birth to their twin sons, Santiago and Jorge Emilio in the year 2005. However, the couple got into a hard time and got divorced in the year 2009.

Likewise, the TV artist once got in a relationship with Andrea Noli with whom he has a daughter. Her name is Valentina Salinas Noli who was born on 9th September 2006. On 15th October 2011, he got married to another beautiful actress, Elizabeth Álvarez. He met Álvarez when shooting the telenovela “La Fea Más Bella” after which they were also present in “Fuego En La Sangre”. On 2nd December 2015, the couple became parents of their twins, daughter Máxima and son León. 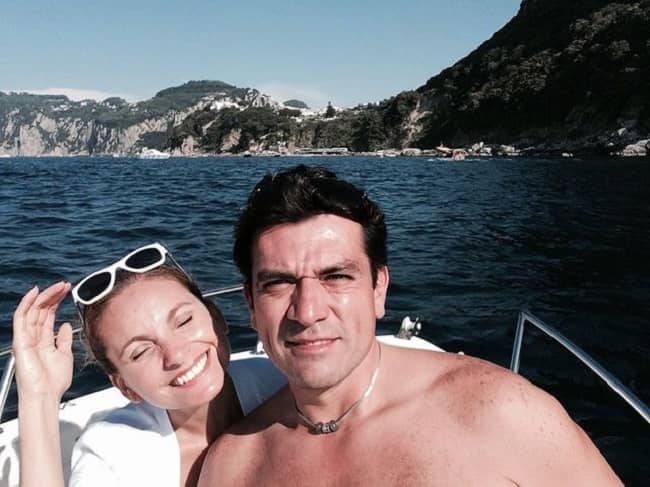 Caption: Jorge Salinas with his wife on a vacation (Source: Instagram)

Regarding her body measurement, Jorge is still alive and has been in good health condition too. He has an average height of 6 feet 0 inches or 1.84 meters. Likewise, he has impressive talent and an attractive personality. As an actor and TV personality, the Mexican artist for sure has been taking very good care of his health. It is for sure that he follows a proper diet and exercises regularly. He has a fair complexion, short black hair, and a pair of dark brown eyes. Furthermore, there is no new report of Salinas falling sick or going through any health problems.