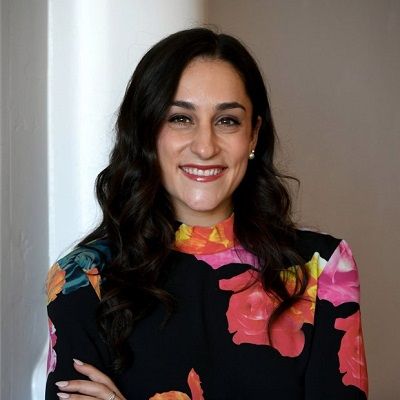 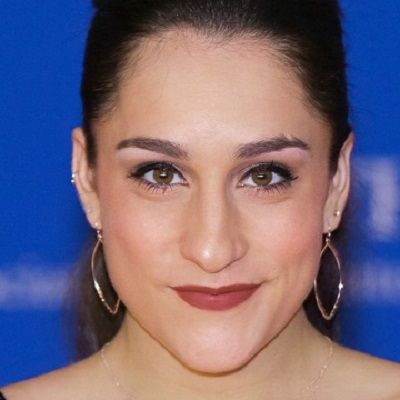 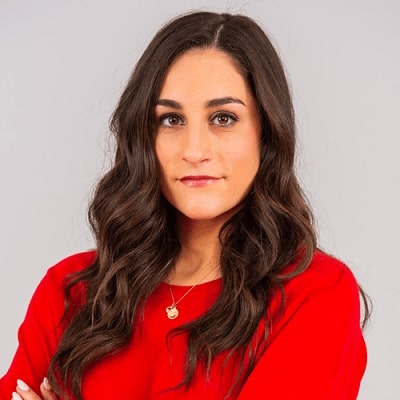 Jordyn Wieber is an American Olympic Gymnast. Jordyn Wieber won gold at the 2012 London Olympic Games with the US team Fierce Five. She is also the head coach of the Arkansas Razorbacks gymnastics program.

Jordyn Wieber was born on July 12, 1995, and her age is currently 26 years old. She is originally from DeWitt, Michigan and her full name is Jordyn Marie Wieber. Talking about her family, Jordyn’s parents are mother Rita (née Reifsnyder) Wieber and father David Wieber. Likewise, she has three siblings and is the third child among them all. Her siblings are namely brother Ryan Wieber and sisters Kyra Wieber and Lindsay Wieber.

Her mother is an emergency room nurse and exercise physiologist whereas her father is a director at a health-care subsidiary. Likewise, Jordyn’s family attends the St. Jude Catholic Church in DeWitt, her hometown. Her nationality is American whereas she has Lebanese ancestry as her maternal grandmother is of Lebanese descent.

Talking about her education, Jordyn enrolled as a freshman at UCLA in the fall of 2013. There she studied psychology and graduated in the year 2017. 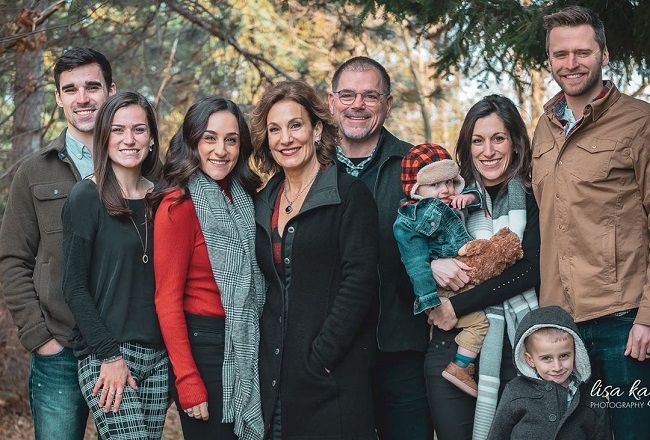 Caption: Jordyn Wieber posing for a photo with her family during Christmas. Source: Instagram

Jordyn started gymnastics at a young age. She has mentioned that her parents put her into gymnastics as she had unusually bigger muscles than a typical little kid at around age 2 or 3. Gymnastics at such a young age was a fun class where she could “run around and play and stuff and just have fun”. She actually stopped for a little while to do dance class. Then she went back to gymnastics at age 4 and since then she has been stuck to this profession.

Jordyn later enrolled with John Geddert. John handpicked Jordyn to his Silverstars program, and by age 10, she had qualified for Level 10 in the Junior Olympic program. Later, she qualified for the international elite in the year 2006.

Professionally, Jordyn Wieber is an Olympic gymnast who helped the U.S. win Team Gold at the 2012 London Games and became the World Women’s All-Around Champion in 2011. After years of competition, Jordyn announced her retirement from gymnastics on 6 March 2015.

Further, she took home the Team and All-Around gold medals at the 2011 Tokyo World Championships. She is also a part of team Fierce Five. Along with Jordyn, the other members were Gabby Douglas, McKayla Maroney, Aly Raisman, and Kyla Ross. Among all of them, Jordyn was the first member to retire from elite gymnastics.

Jordyn Wieber won helped win Fierce Five win gold at the 2012 London Olympics. After this, the team appeared on The Today Show and Late Show with David Letterman. Then in September the same year, they appeared at the MTV Video Music Awards. They were also among those who performed in the 40-city Kellogg’s Tour of Gymnastics Champions, which started in September.

Later in November, the Fierce Five met U.S. President Barack Obama at the White House and performed on Dancing with the Stars in support of former gymnast Shawn Johnson. The group was also nominated for Best Team at the 2013 ESPY Awards. In August 2013, Fierce Five was inducted into the USA Gymnastics Hall of Fame. 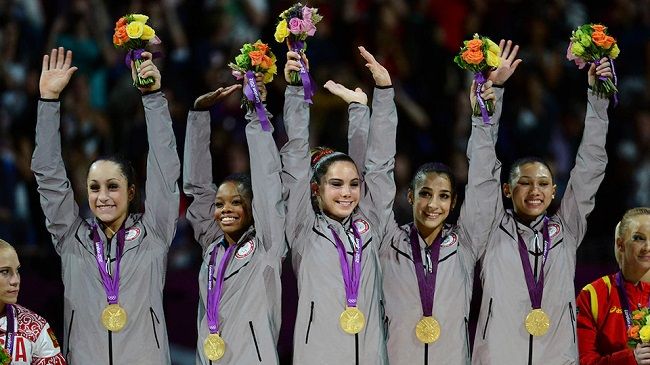 Caption: Jordyn Wieber captured with her teammates of Fierce Five after winning gold at the 2012 London Olympics. Source: NBC Olympics

Jordyn dominated the competition at the 2010 Pacific Rim Championships, winning four gold medals and one silver. Her first international competition was at the 2007 Junior Pan American Championships. In this, Jordyn won gold medals on uneven bars and balance beam, silver in the all-around and bronze on floor exercise.

In 2013, Jordyn signed a sponsorship agreement with Adidas Gymnastics. The same year, she joined UCLA and there, she became the Team Manager for their gymnastics team during her first three years and also served as a volunteer assistant coach her senior year (2016–17 season).

She then continued this role after graduation too. She was the volunteer assistant coach throughout the 2017-18 and 2018-19 seasons. Jordyn then served as the floor exercise coach for the Bruins and helped them finish the 2018 and 2019 regular seasons ranked number 1 on the event. Along with fellow UCLA assistant coaches Chris Waller and Randy Lane, Jordyn won the West Region Assistant Coaches of the Year award for the year 2018.

Later on 24 April 2019, Vice-Chancellor and Director of Athletics Hunter Yurachek announced Jordyn Wieber as the head coach for the Arkansas Razorbacks gymnastics program. Her appointment at Arkansas made her the first Olympic champion gymnast to take the helm of a collegiate women’s gymnastics program. She still continues this role at present. 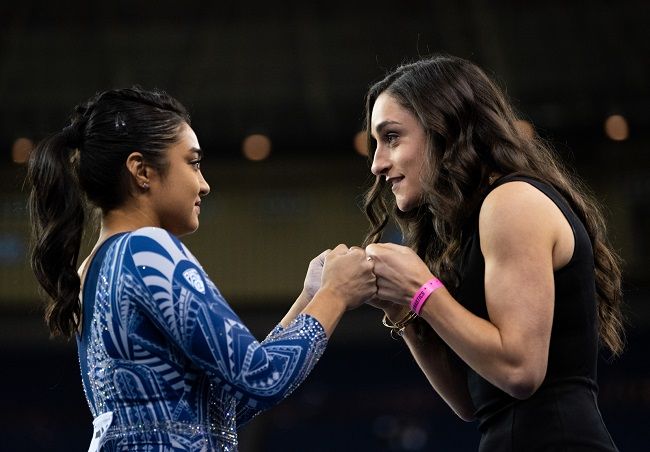 All five women of Fierce Five came forward as survivors of Larry Nassar’s systematic sexual abuse against US female gymnasts. Jordyn testified in court on 19 January 2018. She testified that she was sexually abused by the long-term team doctor of USA Gymnastics, Larry Nassar. Then on 16 May 2018, it was announced that she along with the other survivors would be awarded the Arthur Ashe Courage Award.

She has also served as an outspoken advocate for victims of child sexual abuse. Likewise, Jordyn has used the platform of gymnastics to encourage and inspire generations of young girls and others around the nation. She is also a speaker at various programs and events. One of the remarkable stage she has spoken is TEDx UCLA in 2019.

Jordyn has either endorsed or promoted many businesses on social media, including Bedgear.

Talking about her love life, Jordyn Wieber has been in a romantic relationship with the fellow Olympic gymnast Chris Brooks since the year 2017. Both the lovers share numerous photos featuring each other on their respective Instagram accounts.

Chris has trained alongside Olympic and World Championships medalist Jonathan Horton as a junior, college, and senior elite gymnast. Then on August 17, 2017, Chris announced his retirement from artistic gymnastics. 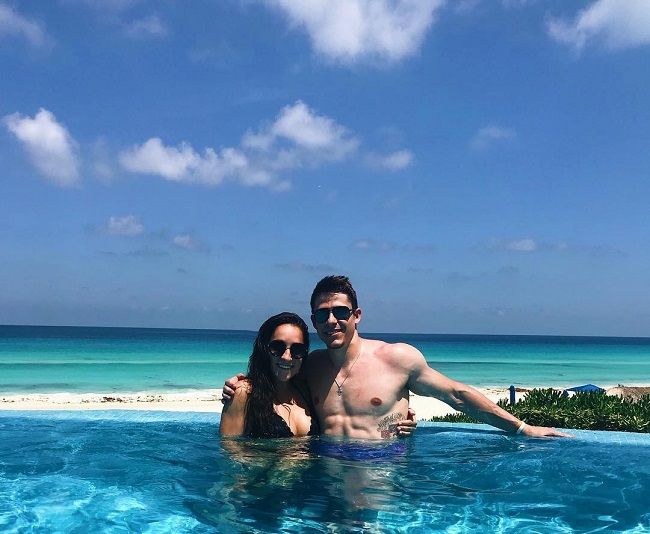 Caption: Jordyn Wieber posing for a photo with her lover Chris Brooks during their vacation. Source: Instagram

Jordyn Wieber stands tall at a height of 1.6 meters or 5 feet 3 inches and weighs approximately 52 kgs. As a professional gymnast, Jordyn has a very flexible body well trained for the sport. Likewise, Jordyn has light brown eyes and dark brown hair.

Talking about her social media presence, Jordyn Wieber joined Twitter in April 2009 and so far has 355.7K followers. Likewise, she is available on Instagram as @jordyn_wieber and so far has 1,308 posts shares and 612k followers at the time of writing this biography. Further, she created her Facebook page on November 11, 2008, and so far has more than 372k people following her journey on this page. We can also contact her at [email protected] for inquiries concerned with her speaking.