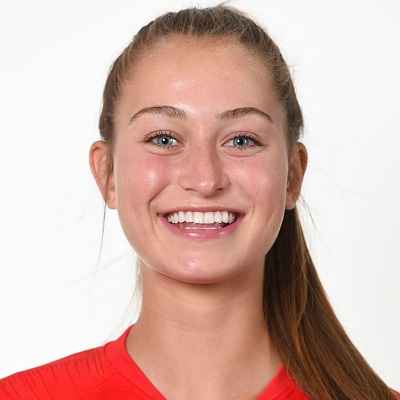 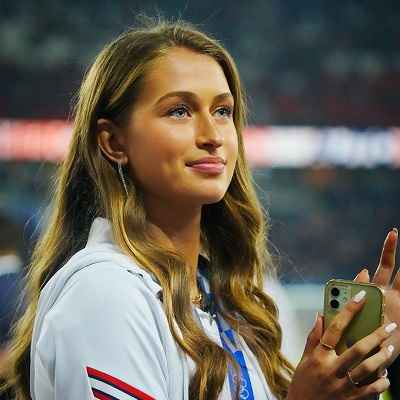 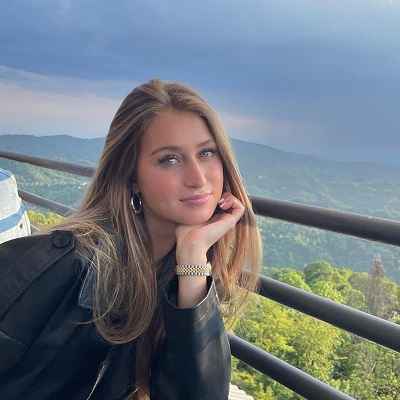 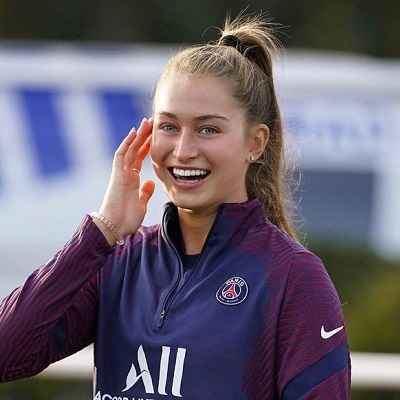 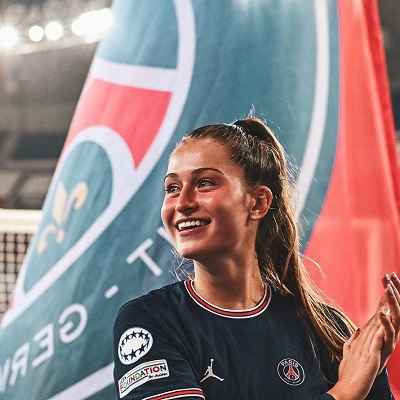 Jordyn Huitema is a young and talented Canadian soccer player. Jordyn Huitema plays as a forward for the National Women’s Soccer League club OL Reign as well as the Canadian national team.

Jordyn Huitema was born on 8 May 2001 and she is currently 21 years old. She hails from Chilliwack, British Columbia, Canada, and her zodiac sign is Taurus. Similarly, her full name is Jordyn Pamela Huitema.

Talking about her family, her parents are Roger Huitema and Julie Huitema. Likewise, she has two siblings namely Trent Huitema and Brody Huitema. Her brother Brody was a member of the Vancouver Whitecaps Residency program who played for Duke University. 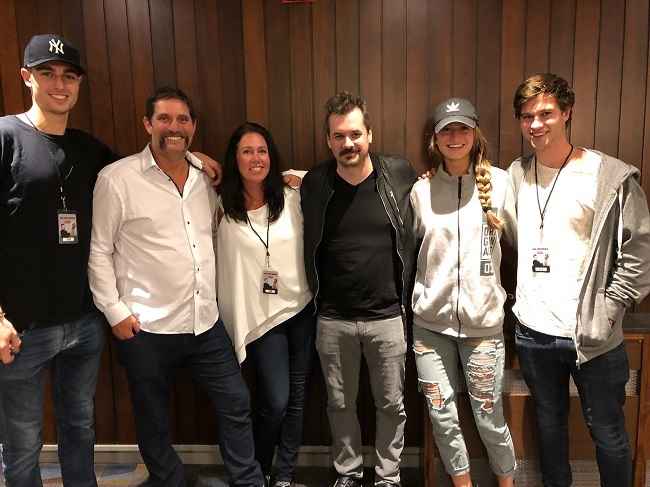 Caption: Jordyn Huitema posing for a photo with her family and Jim Jefferies in 2018. Source: Twitter

Professionally, Jordyn Huitema is a soccer player. As such, this young star plays as a forward for the National Women’s Soccer League club OL Reign as well as the Canada national team.

Likewise, this player scored her 1st national team goal at the young age of 16 years. Similarly, Jordyn became the top Canadian scorer in the UEFA Women’s Champions League before she was even 20 years old. Further, Jordyn has been named as a potential heir to Canadian legend Christine Sinclair.

Talking about the beginning, Huitema started to play soccer at the young age of four years with Chilliwack FC. Later in 2018, this personality signed with TSS FC Rovers of the Women’s Premier Soccer League.

Further, this player announced that she would forgo college and turn pro on 24 January 2019. Then on 17 May 2019, PSG confirmed that this young player had signed a four-year contract with the club. Moreover, this player scored a header in the final minutes of a 3–0 victory over Dijon to seal the Division 1 Féminine title for Paris Saint-Germain on 4 June 2021.

Similarly, she transferred to the American club OL Reign on 18 June 2022. There, she signed a two-year contract. Then in the final of the 2022 edition of The Women’s Cup, Huitema scored her 1st goal for the team to give the Reign a 2–1 lead over Racing Louisville FC. 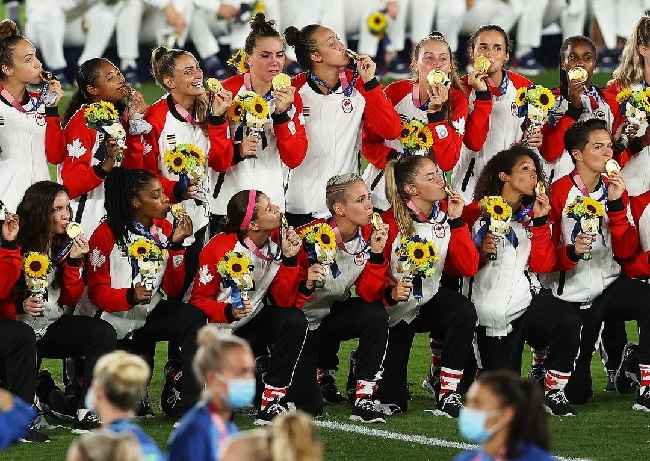 Caption: Jordyn Huitema and her team celebrating their win in August 2021. Source: Instagram

Jordyn Huitema has collaborated with a number of brands and endorsed their products throughout her career as a soccer player. Some of such brands and companies this young soccer player has endorsed through her social media profiles are Nike, Jordan, Gatorade Canada, GAFFER, and StockX among others.

Moving on, this young Canadian soccer star has a net worth of around $45 million US dollars. She has huge earnings at such a young age due to her active career as a soccer player who plays for the Canadian national team as well as for the American club OL Reign.

Jordyn Huitema is currently single and not involved in any romantic relationships. Previously, she was in a long-term relationship with Alphonso Davies from m2017 to 2022. Her ex-lover is a Bayern Munich player as well as a fellow Canadian. Recently on 22 May 2022, her then-lover confirmed on social media that the two had separated.

Jordyn Huitema stands tall at an approximate height of 5 feet and 9 inches or 1.8 meters and her weight is around 58 kg or 127 pounds. Likewise, Jordyn has a chest-waist-hip measurement of 32-24-34 inches respectively. Further, Jordyn has brown hair and mesmerizing blue eyes. 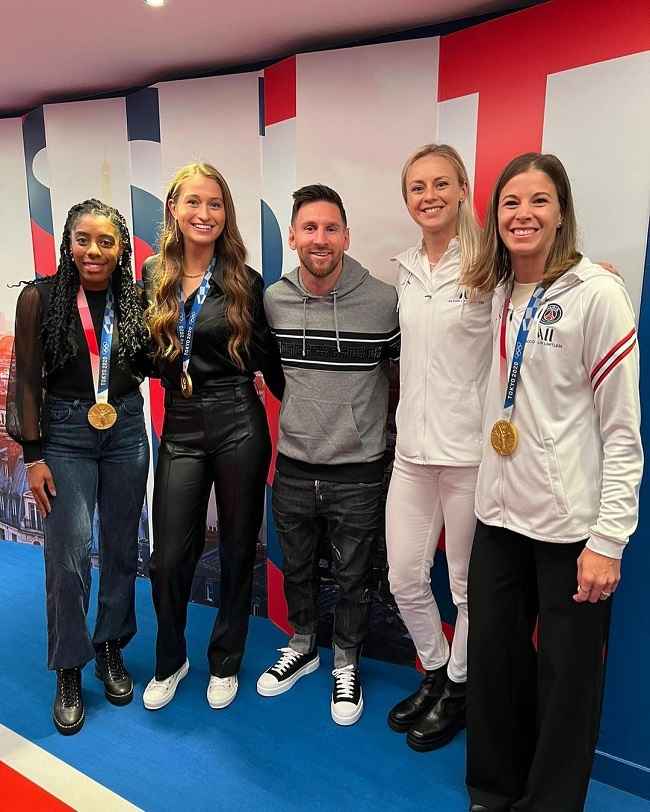 Caption: Jordyn Huitema and her teammates posing for a photo with Leonel Messi. Source: Instagram