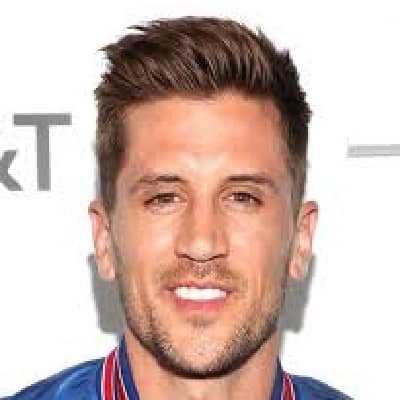 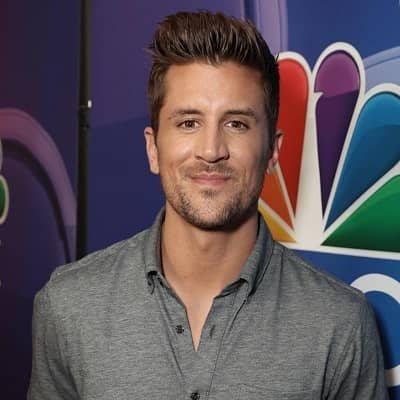 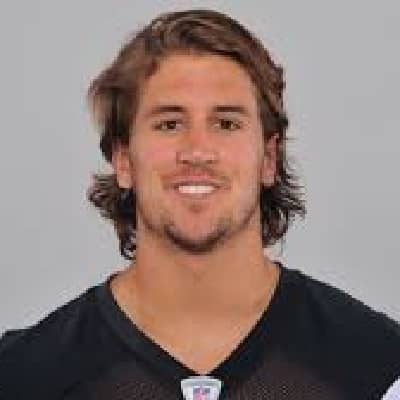 Jordan Rodgers is a former American professional football Quarterback in NFL. Jordan Rodgers currently works as a sports commentator. Likewise, he came to the spotlight after winning the 12th season of The Bachelorette.

Jordan Rodgers was born on the 30th of August, 1988 in Chico, California, USA. As of now, he is 33 years old. Jordan was the youngest son of Edward Wesley Rodgers and Darla Laigh Pittman Rodgers. He has two older brothers- Luke and Aaron. His father works as a Chiropractor now but he used to play offensive lineman for the Chico State Wildcats from 1973 to 1976.

The family moved to Beaverton, Oregon before returning back to chico again. Jordan attended Pleasant Valley High School where he played as quarterback. Jordan led the team to a record of  8-3-1. He was also good at other sports such as basketball and track. 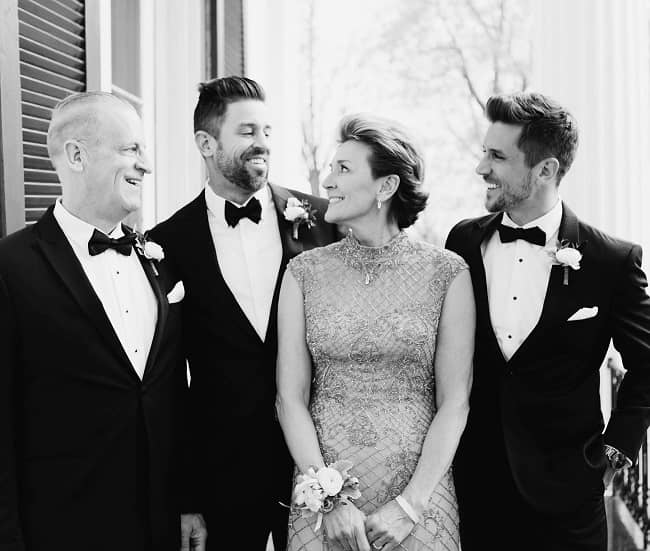 Caption: Jordan with his mom and dad and brother Source: Instagram

Jordan enrolled in Butte College where he played as a backup quarterback. His team won the junior college national title with a record of 12-0 in 2008. The next year as a starter, he set the school record for total offense passing for 19 touchdowns and 2219 yards. Jordan also received academic honors that year.

After two years at Butte College, he transferred to Vanderbilt University. Jordan considered joining the University of Kansas and Western Kentucky before he eventually joined VU. At VU, Jordan started the 2011 season as the second-string quarterback and went on to make seven starts. In 216 attempts, he completed 108 throws for 1524 yards and nine touchdowns. He became the team’s second-leading rusher after he had 117 carries on 420 yards.

Jordan became offensive co-captain of the team in 2012. Jordan started in 11 games and became the first quarterback to lead the Commodores to consecutive bowl appearances with a 9-4 record. His quarterback numbers were among the best in the history of the Vanderbilt University Football team. He recorded 2539 yards, 15 touchdowns, and 191 completions, completing 59.9% of his passes.

Jordan also threw two touchdowns and ran for one in the team’s victory over North Carolina state. It was also the team’s seventh consecutive victory to end the season. In 2012, His stats ranked 8th among the school’s single-season leaders. His quarterback statistics in 2012 rank 8 among the school single-season leaders. While playing for the Commodores, Rodgers was a big part of the team’s SEC record. After Jordan started games as a starting quarterback in 2011, Matthews’s production skyrocketed.

The two combined for 90 completions in 2012 and Matthews set the school record for most receiving yards in a single season with 1323, which he would break again in the next season. After just two seasons in VU, Jordan ranks 7th overall in total offense in the school’s history. He recorded 299 completions, 4,063 passing yards and 24 touchdown passes in his college career.

In the 2013 NFL Draft, Jordan went undrafted but later the Jacksonville Jaguars signed Jordan.  The Jaguars released him on July 22, 2013. He was then signed by The Tampa Bay Buccaneers in their team’s practice on October 7, 2013. Jordan stayed with the team’s practice squad for the remainder of the season as Dan Orlovsky became the backup and Mike Glennon the starter. However, on February 10, 2014, the Buccaneers released him.

The Miami Dolphins would sign Jordan to challenge third-string quarterback Pat Devlin on April 3, 2014. The Dolphins released him on May 12, 2014. On October 20, 2014, the BC Lions added Rodgers to their practice roster. After visiting the team’s mini-camp in April 2015, he resigned. 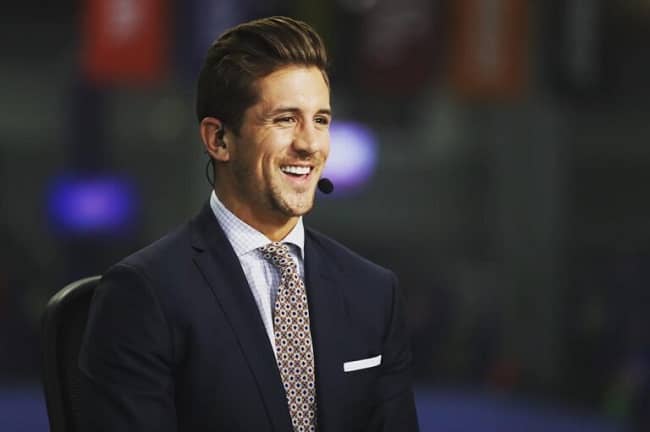 Jordan has acted in the movie Pitch Perfect 2 where he is a member of the Green Bay Packers. Jordan and Fletcher were also the winners and contestants of the Bachelorette’s season 12 which aired in May-August 2016. It was announced in September 2018 that Fletcher and Rodgers would star in a Kin web series Engaged with JoJo and Jordan that combines DIY home décor and reality television.

The couple also hosted the CNBC reality show Cash Pad in July 2019. On August 2, 2016, Jordan was hired by ESPN as a college football analyst for SEC Now on the SEC Network.

Initially, They were planning to marry in the summer of 2020 but due to covid-19, they postponed the marriage date. They then set the marriage date to May 2021, however, it got canceled again. After postponing their date, the couple is finally getting married in May 2022. 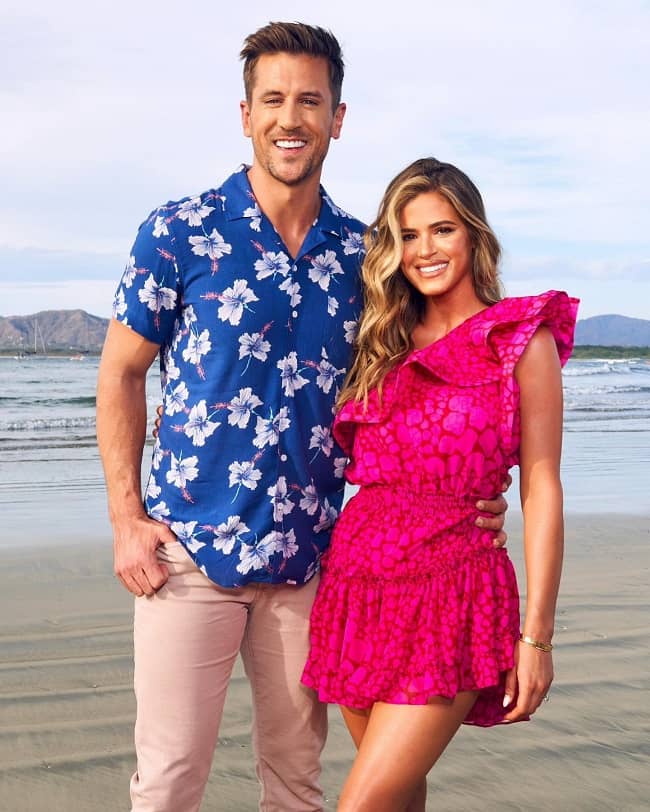 Caption: Jordan and his girlfriend Joelle posing for a photo source: Instagram

Jordan Rodgers has a height of 6 feet and 1 inch. He weighs 96kg. Jordan has dark brown hair and his eyes are hazel in color.

Jordan has accumulated his wealth through his career as a professional sports commentator, NFL, and other projects. His total net worth is $2 million.