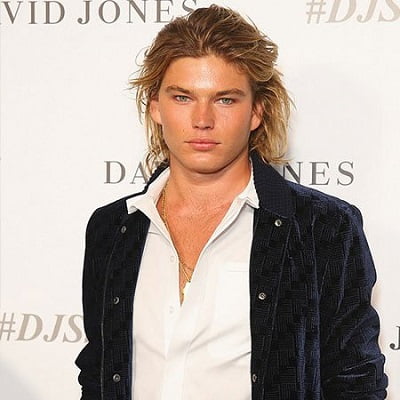 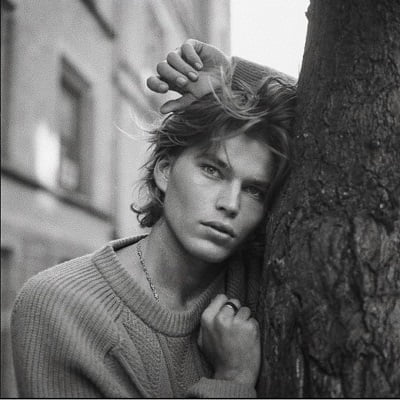 Jordan Barrett is a well-known Australian fashion model since a very young age. Jordan Barrett rose to fame after being spotted by an IMG Australia model scout at the age of 13. People have compared his charming looks to Leonardo Dicaprio.

Jordan Barrett, currently age (24 years old), was born on December 2, 1996. His birthplace is Byron Bay, New South Wales, Australia. He is one of the most popular young male models from Australia. His parents’ names were Julie Barrett and Adrian Barrett. His father, Adrian Barrett was a drug dealer.

The zodiac sign of his is Sagittarius and his nationality is Australian. However, the detail about his religion has not been revealed yet. Also, he has not revealed his educational background.

Jordan Barrett has been working in the fashion industry since 2013 and is still going strong. VMAN magazine and Arena Homme+ SS Magazine featured him in September 2015. Similarly, Balmain, Versace, Moschino, Tom Ford, and Coach have all used him in their advertising campaigns. 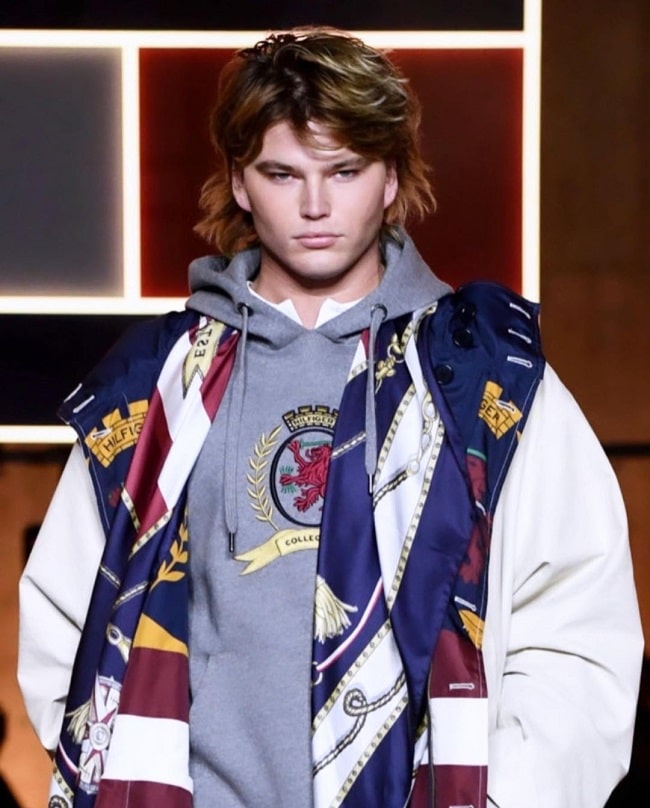 Caption: A photo of Jordan Barrett from his modeling career. Source: (Instagram)

The handsome model has appeared on the covers of various magazines. The magazines include The London Times, Vogue, CR Journal, Harper’s Bazaar, L’Officiel, and others. Collier Schorr and Barrett, also produced I BLAME JORDAN Book for Moma PS1 New York. Likewise, he is also the model of the recent 1Million fragrance commercial. He made his debut in the music film Double Dutchess: Seeing Double in 2017. 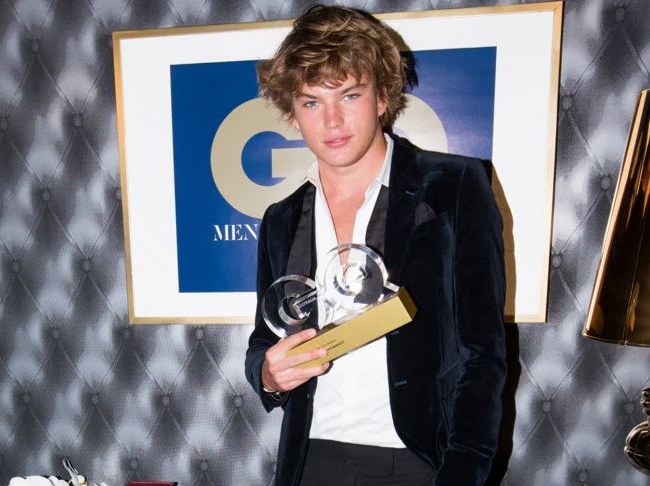 At the GQ Awards, he won the Man of Style Award. In 2016, Models.com named him The Model of the Year. He was also named Model It Boy of the New Age by Vogue.

His growing modeling career has definitely contributed to his significant net worth and good fame. He has an estimated net worth of $ 2 million USD. Thus, he is living his luxurious life happily with his family. He has a long journey to proceed on yet.

Jordan Barrett is currently single. He may be working on his modeling career right now. He has uploaded many pictures of different models on his Instagram but there is no information about his current girlfriend. People have, however, connected him to a number of celebrities and models in the past. He was rumored to be dating Paris Hilton in his early days. People spotted the two of them cozying up at the Cavalli Club in Milan, Italy. Barrett put an end to the gossip in January 2015.

In May 2016, someone took a photograph of him leaving a Vogue party in Kensington Gardens, London. Also, he was holding hands with 32-year-old model Lara Stone. Also, someone photographed his planting a kiss on Stone during a party in Cannes. And, they were all over each other. However, they never discussed this. 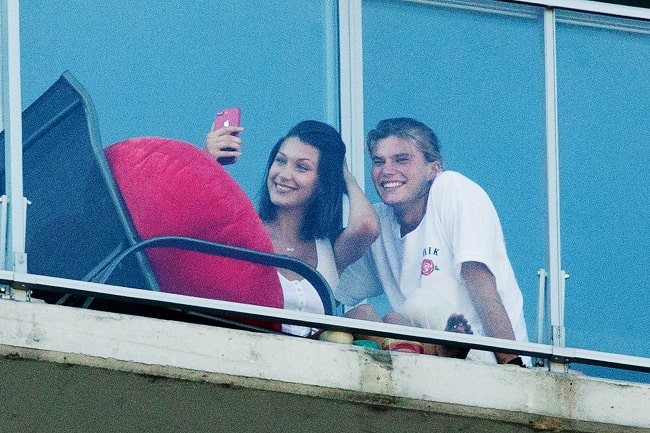 Jordan has a lot of relationship rumors. His relationship with model Bella Hadid created quite a stir in the fashion world in July 2017. There were rumors about him hanging out at the supermodels’ New York City apartment. Likewise, someone pictured him with Kaia Gerber at the CR Fashion Book Party in Paris. People speculated on them as well, just like any other relationship. Later, they said they were only friends in the media.

Also, People connected him to Suki Waterhouse. Suki is an English model, and actress, the end of July 2016. When he posted a photo of them in bed on Instagram, the rumors grew even stronger. Moreover, there was a rumor about the popular model dating an American model Hailey Baldwin in June 2016. At the Moschino Fashion Show, people spotted them together.

Barrett was rumored to be dating Paris Hilton in 2015. At Milan Fashion Week, the two were seen getting together. Someone later photographed them at the Just Cavalli club. They’ve even posted photos of themselves cuddling up together on social media. Despite this, they said after some time that they were just good friends.

Several news outlets report that he underwent surgery. This went viral after noticing a significant change in his appearance. He has been quiet about this topic.

Jordan Barrett stands at a height of 6 feet 2 inches and weighs around 78kg. He has stunning honey blonde hair and beautiful light green eyes. His most unique feature is his seducing eyes, which have won the hearts of many models and female fans. Also, his shoe size is 9 UK.