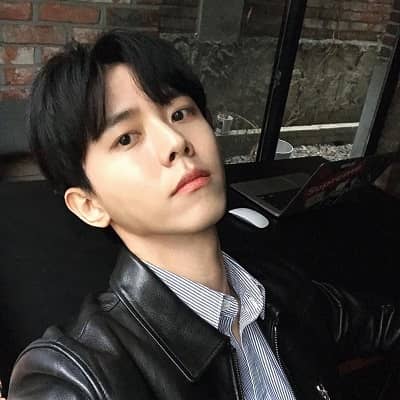 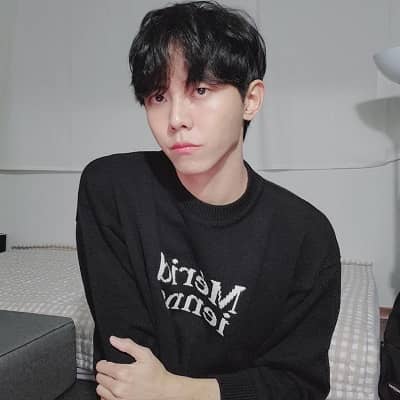 Joo Woo Jae is an actor, model, DJ, and radio show host. Moreover, Joo Woo Jae is also the owner of SIESTA, a men’s clothing brand, for which he also does modeling.

The talented artist was born on November 28, 1986, in Changwon, South Korea. Joo Woo Jae holds a Korean nationality and belongs to the Asian ethnicity. Likewise, his age is 35 years. Also, his birth sign is Sagittarius. Woo Jae was a mechanical engineering student from the beginning at Hongik University. After some time, he got involved in freelance modeling, such as pictorials, brand promotions, and street fashion. His street fashion photos grew popular on MySpace. 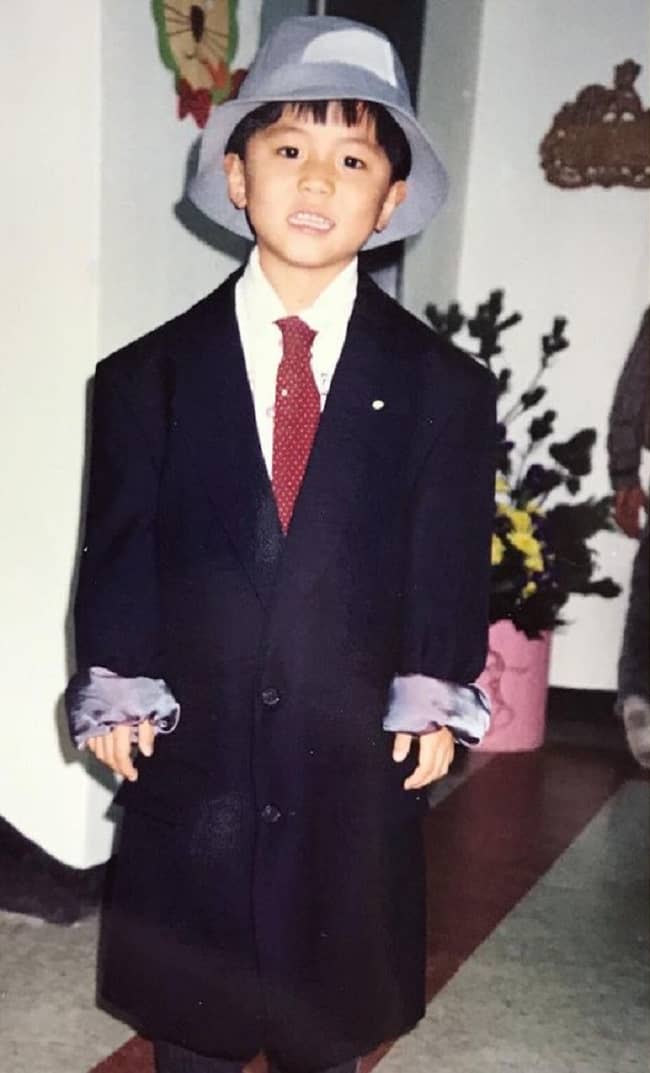 Caption: Joo Woo Jae when he was a kid (Source: Instagram)

Joo Woo Jae is a popular person who is popular as a Model. He started a radio program named All Your Burdens to Me. Also, he is friends with pop performers and fellow model Kim Kibum. He is a member of the famous Model list. South Korean model and radio personality who is popular for street fashion and brand promotion modeling. The actor is part of the YG family. Before becoming an actor, he already gained some popularity on social media platforms because of his good looks and great fashion sense. The actor did some supporting roles in dramas before. Moreover, he just showed his presence in “Come and Hug Me” and “Love Alert”. He will act in the upcoming drama “Best Chicken”.

He was present in some TV shows too. In 2016, he did a minor role in “I’m Not A Girl Anymore”. Then, in 2017, he was present in “Part-Time Idol. On December 3rd, 2016, he and other celebrities were guests in an On Style Laundry Day talk show, where Red Velvet’s Irene became a permanent guest. At the start of the show, as cited by Koreaboo, the MC Noh Hong-Chul questioned what it was like to be a guest on the show. He confidently said, “First, I’m really glad I got to see Irene”, followed by the other guest, Heo Ji-Woon who was happy to see Irene every week.

He also told me he is a fan of Red Velvet. Then he said that he had met Irene before the show. It was a music award program where he was a co-presenter for the Music Video of the Year Award. He was curious about Irene since he is a fan as well. When the actor was asked what his question was, he said “‘How could you be so pretty?’ something like this,” suddenly becoming shy. Several weeks later, on January 12th, 2017, he was a guest in Hyeoyeon’s reality television show, Hyeoyeon’s 10 Million Likes in episode 4. Hyeoyeon also invited one of her friends that day who is a dongsaeng.

Apart from being Red Velvet’s fan, he is also a fan of BLACKPINK. He posted a picture on his Instagram account, showing his fanboy side. In that picture, it is seen that the album is handwritten and signed by Blackpink member, “Woo-Jae Oppa” with two hearts beside it. As cited by Allkpop, he also wrote a caption, “So I got BLACKPINK’s autographed album but whatever… I’m not sure if it’s that great…” then, he also added a hashtag saying “I’m walking down the street nowㅠㅠ BLACKPINK Fowey Crossroadsㅠㅠ Woo-Jae Oppa two heartsㅠㅠ,” and a video. In the video, we can hear he’s listening to BLACKPINK’s Whistle from the back seat of his van. He first watched the album sincerely and then hugged it with his closed eyes.

In 2018, he was involved in the Korean drama “Come and Hug Me”. He was a cameo as Kang Yoon-sung, an opponent cast in the same movie as Han Jae-Yi (Jin Ki-Joo). There was an episode where Han Jae-Yi and Kang Yoon-sung were doing a hugging scene. It was bad timing for Chae Do-jin (Jang Gi-Yong) who also came and coincidentally saw the hugging scene. He could not help but feel jealous to see his first love hugging some other guy even though it was only an act. In the same year(2018), he was in “Love Alert”. Then in 2019, he acted in “Best Chicken”, where he got a major role. These are the dramas where he acted. He started his career in 2015 and has been a hardworking actor ever since.

In 2018, he had a minor role in the movie “Girl Cops”. Additionally, the actor made his acting appearance in Yoo Se-Yoon’s “We Fought” music video in 2015 which had a kissing scene in it. He has a great sense of humor and is sometimes sarcastic. He is the CEO of the male fashion brand SIESTA and also models for it. Moreover, he can rap, sing, play the guitar, and also play the keyboard. Moreover, he has taken part in several singing competitions, like King of Masked Singer and Singing Battle. He has a dog named Deu-ro and he loves him so he often posts pictures of his dog. 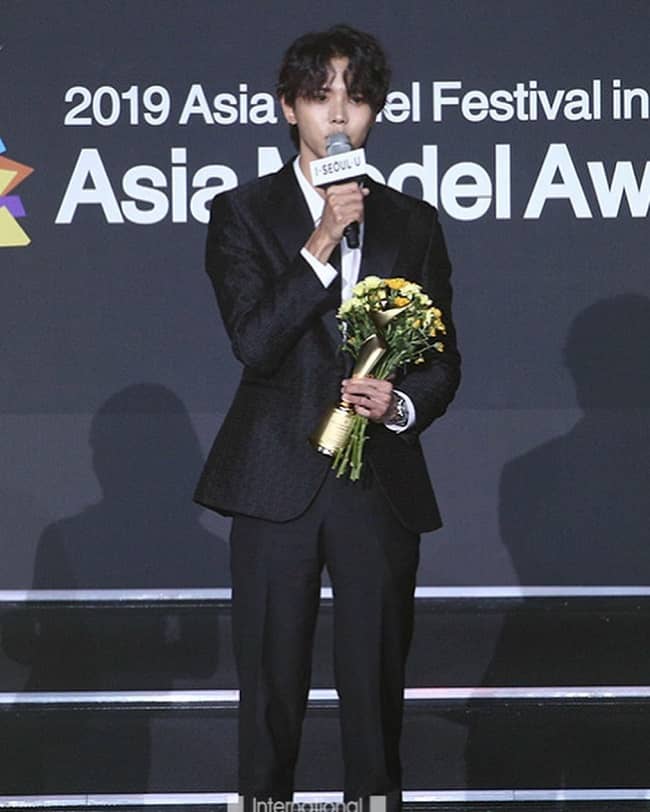 Being an actor, he earns a good amount of money. His previous year’s net worth must be around $100 K – $1 million. His present net worth must be of the same number. Moreover, his primary income source is from his profession as a model, DJ, and radio host as well.

Regarding the actor’s relationship status, Joo Woo Jae is possibly single. Currently, he is not dating anyone. He seems to be focusing more on making his career more successful than getting in any relationship.

Talking about his body measurement, he stands at the height of 6 feet 1 inch. His tall and dashing figure looks more mature and chic. Also, he wweighs61 kg. Joo Woo Jae has a pair of black eyes and brown hair. Likewise, his blood type is AB. He thinks that his charming body part is his philtrum. Moreover, he is a light-weighted drinker and he doesn’t smoke.