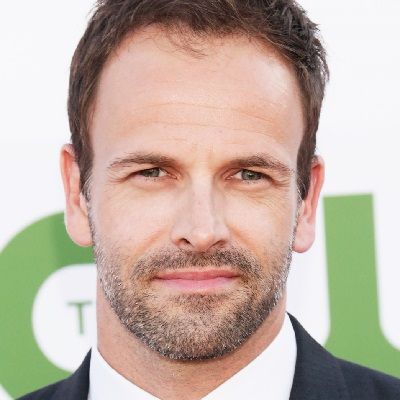 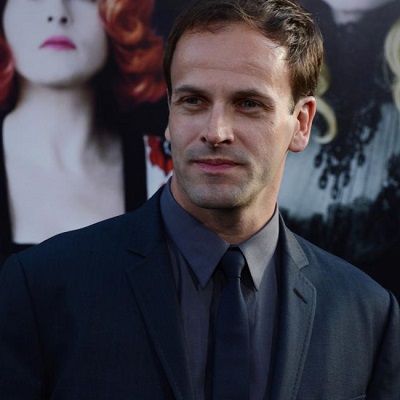 Jonny Lee Miller is an English actor (film, theatre, and television). Jonny Lee Miller gained popularity for his portrayal of Simon “Sick Boy” Williamson in the dark comedy-drama film Trainspotting (1996). Further, he gained critical recognition for his performances in Afterglow, Mansfield, Endgame, and so on.

Jonny Lee Miller was born on 15 November 1972 in Kingston upon Thames, Surrey and he is currently 48 years old. He grew up in southwest London. His parents, Anna Lee and Alan Miller, both are theatre actors. Importantly, his grandfather (Bernard Lee) was an actor in the first eleven James Bond films. It is so obvious, he developed an interest in the acting career.

However, there is no information about his siblings. Miller belongs to British nationality and ethnicity is English-Scottish.

Sick boy, Miller studied in Tiffin School and even appeared in several school plays. Then, he left school at the age of sixteen after taking his GCSEs to pursue a career in acting. 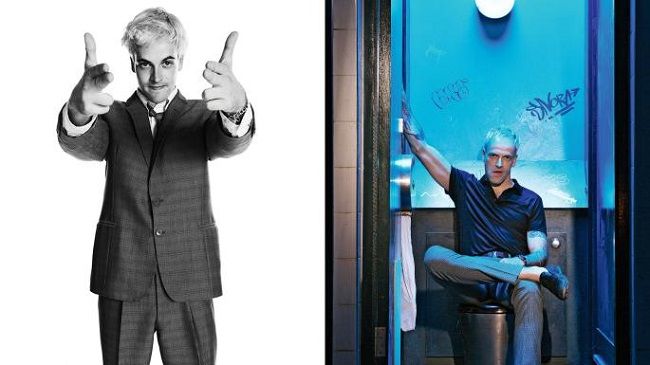 Jonny Miller started his career with a debut in television appearances in BBC series Doctor Who. He was nine at that time. In the following years, Lee appeared in many shows like Mansfield Park, Keeping Up Appearances, Inspector Morse, and Minder.

Likewise, in 2003, Miller appeared in an episode of the BBC modernization of The Canterbury Tales. Then, CBS show Smith but canceled after seven episodes. He starred in Comedy-drama Eli Stone which ran for two seasons on ABC. This show earned him a Satellite Award nomination for Best Actor. Further, he appeared as a guest role in Dexter. Later, he starred in Elementary alongside Lucy Lui.

In addition, he starred first in film Hackers in 1995 with Angelina Jolie. Soon, he got a film offer Trainspotting and rose him as ‘Sick Boy‘. He received praise and appreciation. He starred in another critically acclaimed film named ‘Afterglow’. People watched the film at many film festivals around the world. In this movie, Jonny played the role of Jeffrey Byron.

Further, Jonny became more careful about choosing his films after his initial success. Jonny was keen on establishing himself as a versatile actor and hence he starred in some out-of-the-box films. In the year 1999, he appeared in the British historical comedy Plunkett & Macleane. In this film, Jonny played the titular role of Macleane.

The same year, he also appeared in Mansfield Park which was another success story for Jonny. The romantic comedy-drama featured Jonny in the role of Edmund Bertram. It was a leading role and the film performed successfully at the box office.

In the year 2000, he appeared in Complicity, Love, Honour and Obey, Dracula 2000. In 2005, he was considered for the James Bond role but eventually went to Daniel Craig. The next year Miller portrayed cyclist Graeme Obree in The Flying Scotsman.

Jonny also appeared in films like The Escapist, Byron, and Mindhunters. Soon, Woody Allen offered him a role in his 2004 film Melinda and Melinda. Although the film received mixed reviews from critics, it was a box-office success. Jonny portrayed the character of Lee which was well-received by many publications that reviewed the film.

Furthermore, Jonny also appeared in movies like Emma and Dexter. In the year 2012, he returned to playing lead roles, with Elementary. It is the police-procedural series and it featured him as Sherlock Holmes. People compared the series with another modern retelling of the classic detective story. It was the BBC series, Sherlock. However, the producers of both shows denied any similarity between the two.

In 2012, Jonny played one of the lead roles in the vampire drama Byzantium. It was appreciated for its unique and modern take on the myth related to vampire and also received positive reviews. However, the movie could not achieve a successful box-office run. Moreover, in 2017, Jonny reprised his role from Danny Boyle’s masterpiece Trainspotting in its sequel, T2.

Besides, he also worked in theatre. He played Brito in Paul Corcoran’s Four Nights in Knaresborough at the Tricycle Theatre, London. Moreover, in March 2011, at the Royal National Theatre, he played both Victor Frankenstein and Frankenstein’s Monster on alternate nights, opposite Benedict Cumberbatch. After Miss Julie is well-reviewed Broadway work.

Throughout his long career, Miller got a nomination several times. He was two times the Satellite Award nominee for Best Actor Television series. Similarly, a nominee for the London film Critics Circle award for best British actor of the year, Screen Actors Guild Award for Outstanding Performance by an Ensemble in a Drama Series in 2010.

Jonny Lee Miller earned an Oliver Award for Best Actor for Frankenstein and After Miss Julie. 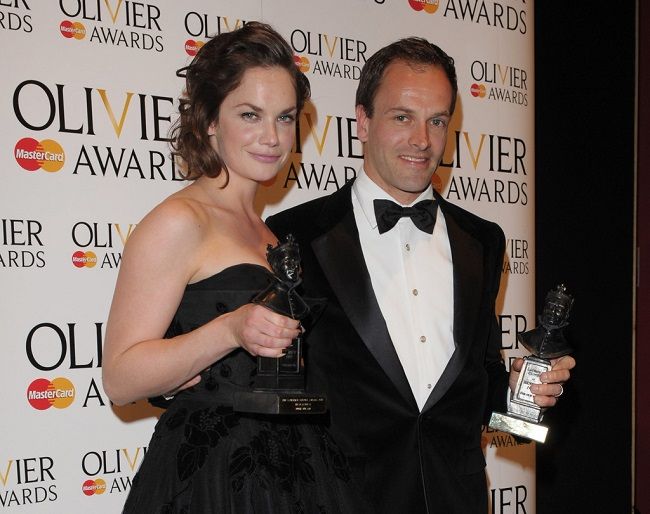 Caption: Jonny Lee Miller and Ruth Wilson posing with their awards at the 2012 Olivier Awards at The Royal Opera House on April 15, 2012, in London, England. Source: Zimbio

The English actor charges $100,000 per episode of TV shows. Eventually, annually he earns $1million from his on-screen appearances. According to celebrity net worth, Lee’s estimated net worth is $14 million as of 2020.

Lee’s journey to married relationships was hard before finally settled down to peace. As a matter of fact, he married twice in his life. At first, he married a famous actress Angelina Jolie on 28 March 1996. The marriage didn’t last long and separated nearly 18 months of marriage (2000).

Later, he married the second love of his life, Michele Hicks, in July 2008 in Malibu, California. Reportedly, the pair first met at a local bar through a mutual friend. After knowing each other very well finally they walked down the aisle. This couple has one son together named Buster Timothy Miller (2008). 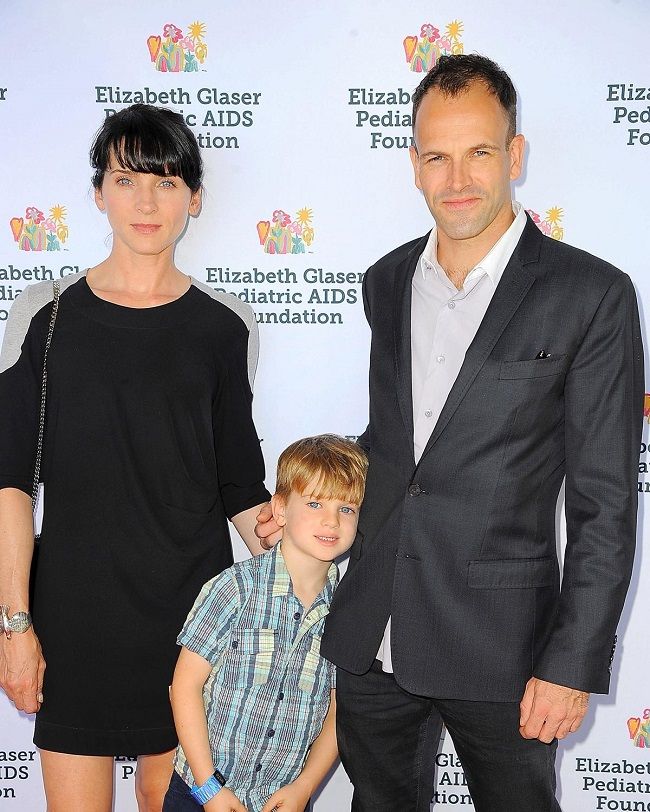 Miller has a clean personal and professional life. To date, he has not been part of any scandal. He has maintained his life far from obstacles.

The British actor is fairly tall and stands at the height 5′ 11” with 78 kg body weight. Besides, he has dark brown hair and blue eyes.