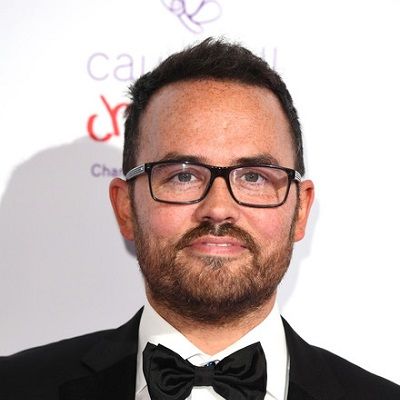 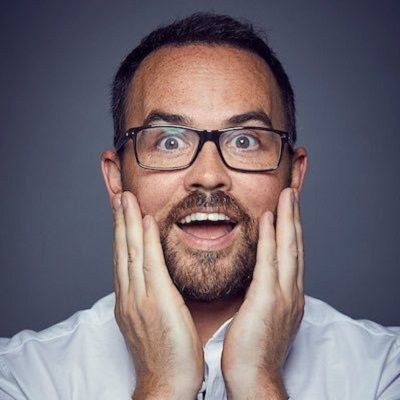 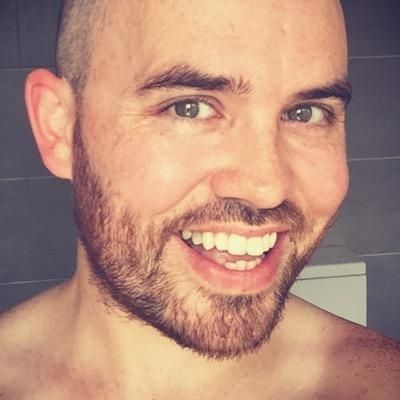 Jonathan Saccone-Joly was born on February 13, 1980, in Dublin, Ireland. As of 2022, he is 42 years old and his birth sign is Aquarius. His real name is Jonathan Patrick Joly and holds Irish nationality. At present, he lives in Surrey, UK.

He has not mentioned his parents’ names anywhere, not even in his YouTube videos. Nonetheless, he has 3 siblings whose names are Ruth, Simon, and Leah. 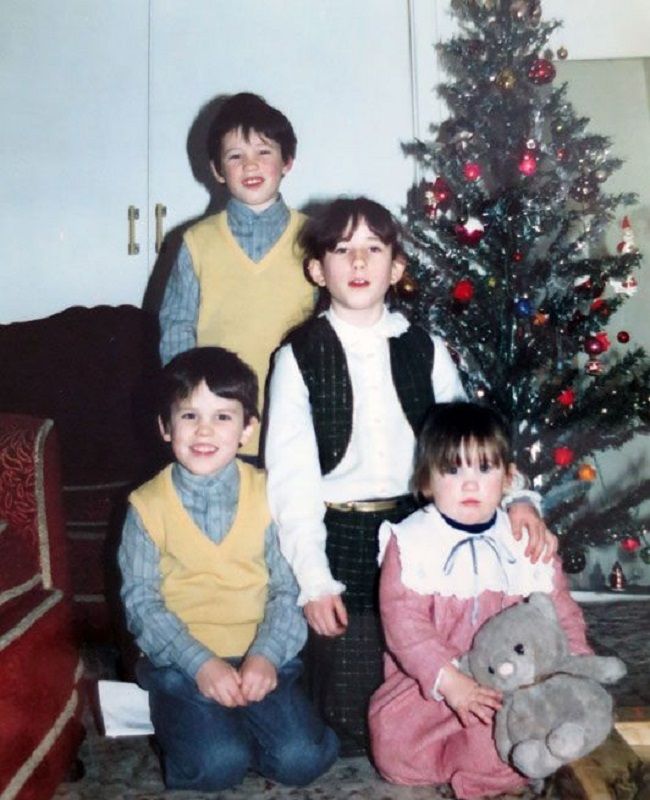 Jonathan’s childhood was not very good. Due to the recession in Ireland, his parents were in stress. There were also times when his parents couldn’t serve even a morsel to the children. Moreover, Jonathan and his siblings had to take care of themselves at a very young age due to their brittle relationship with their parents.

Regarding his education, there is no exact information about his school and college name. However, he said that his thesis at college gave him the idea of opening a family-oriented channel on YouTube as the topic for the thesis was to build and create an emotional link through entertainment.

Jonathan Joly moved out of his family home and started staying in a bedsit. He was a member of a five-piece harmony vocal group. However, the group was doing pretty well but Joly was not satisfied despite their success.

When he was in his mid-20s, he quit his job as a marketing executive as he wanted to pursue his career in multimedia. He has even worked 30 hours per week to support his education. He started making music videos as a part of his multimedia course and this was the time when he met his wife Anna and offered her to be a part of his music video. 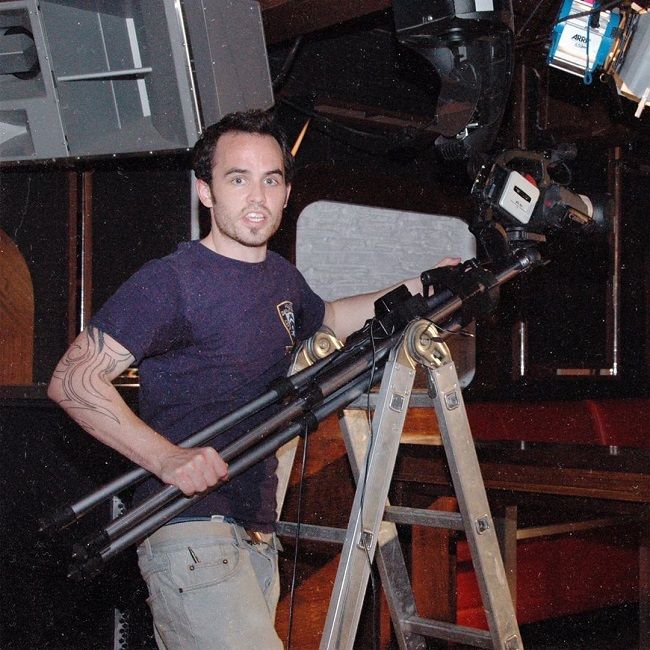 Caption: Jonathan Joly while shooting for the music video for his channel (Source: Instagram)

After a while, they started dating, and then the couple started posting their important family events such as their wedding, childbirth, and training of their six Maltese dogs by starting their family YouTube channel. When the couple exchanged their vows, they both decided that they would both take each other’s names and join them together. Like this, they choose SACCONEJOLY as their family name and their Youtube channel’s name as well. The family does everything in style from spending time with their children to shooting family calendars. They also have other channels which are ‘Friendliest Friends’, ‘Anna Saccone’ and ‘Jonathan Joly’.

In the beginning, Jonathan posted funny videos on the channel. Later on, he started posting his music video and his important family events as well. He has done several videos with Zoe Sugg on both LeFloofTV and his channel as well.

One of the most popular videos with more views on his personal YouTube channel is “LIVES CHANGED FOREVER!.” Published on September 12, 2012, the video has got almost 5,322,260 views. The video featured his daughter  Emilia Saccone-Joly’s birth vlog. Some of the other notable videos are “WE BUILT A WATER PARK!!” with 5M views, and “MEET THE SACCONEJOLYs – IRISH DAILY VLOGGERS” with 4.2M views, and “KIDS ON A PLANE!” with 3.5M views.

Jonathan Saccone-Joly received the award for Celebrity Dad of the Year. He was the Bestselling Author and also a Digital Film story-teller.

Jonathan’s main income source is YouTube. His net worth is approximately $1.2 Million.

Jonathan met his spouse, Anna through their mutual friend. Anna was in her teens at that time. They started dating after spending some time with each other. His wife Anna was in her teens when she met Jonathan. Her dad was a professor and she has four siblings. Likewise, Anna did a course in fashion, and during that time that she began blogging about fashion and beauty on her blog Style Diet.

In 2009 his wife began uploading make-up tutorial videos on YouTube. Similarly, His thesis at college gave him the idea of opening a family-oriented channel on YouTube. His topic for the thesis was to develop and create an emotional link through entertainment. That’s specifically what the SACCONEJOLYs channel is accomplishing. The family has connected so well with their day-to-day activities that viewers eagerly wait for their vlogs.

Furthermore, they got married on  September 7, 2011, and are blessed with four children named Emilia, Eduardo, Alessia, and Andrea. Their family also consists of six Maltese dogs. Jonathan frequently features his wife, his children, and his pets as well on his YouTube videos. 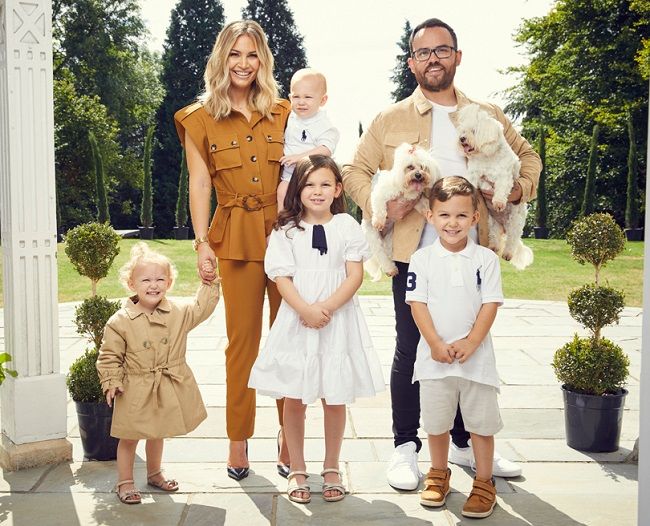 Considering his YouTube videos, they are a very happy and loving family. They are very supportive of their parents and they share a lot of pictures with each other on their respective social accounts.

Jonathan’s height is 5 feet 5 inches whereas his weight is unknown. His other body measurements such as chest-waist-hip are not available. However, he has Brown hair and Green eyes.

Moreover, he is very active in his social accounts. He has 1.87M subscribers on his family’s YouTube channel whereas he has 339K on his channel. He has 990k followers on Instagram and 271K followers on Facebook. Jonathan has also gained 711.8K followers on Twitter and 183.6K on TikTok.