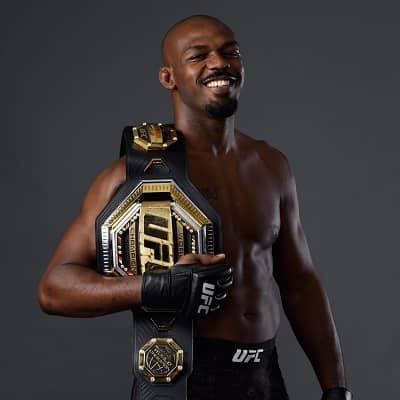 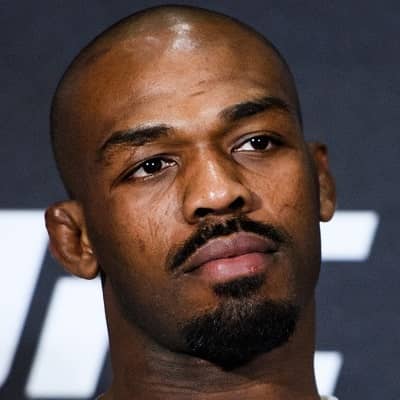 Jon Jones is a talented American mixed martial artist. Jon Jones is famous for competing in the Ultimate Fighting Championship (UFC) under the light heavyweight division.

Jon Jones was born on 19 July 1987 and he is currently 34 years old. He is originally from Rochester, New York, and his zodiac sign is Cancer. Talking about his family, his father’s name is Arthur and is a pastor at Mount Sinai Church of God in Christ. On the other hand, his mother’s name is Camille and she passed away in the year 2017. His mother was only 55 years old at the time of death following a long battle with diabetes.

On the other hand, his younger brother is an outside linebacker for the Arizona Cardinals. One of his siblings, an older sister named Carmen passed away before her 18th birthday due to a brain tumor. Furthermore, his full name is Jonathan Dwight Jones.

Professionally, Jon Jones is a mixed martial artist. As such, Jones is signed to the Ultimate Fighting Championship (UFC) at present. At UFC, this MMA artist has competed in the light heavyweight division. Likewise, he is also famous as the former 2-time UFC Light Heavyweight Champion who held the title from March 2011 to April 2015 and once again from December 2018 to August 2020.

Moreover, this MMA fighter held the interim UFC Light Heavyweight Championship in the year 2016. As of 18 April 2022, Jones is #8 in the UFC men’s pound-for-pound rankings. Also, this fighter became the youngest champion in UFC history with his title victory over Maurício Rua. He made this record at the young age of 23 years old.

Furthermore, Jones holds many UFC records in the light heavyweight division. Some of them are the most wins, most title defenses, most submission victories, and longest win streak. During much of Jones’ championship reign, people have widely considered him the best pound-for-pound fighter in the world.

Similarly, this MMA artist has never stopped nor outscored during his career. As such, his only professional loss is a controversial disqualification against Matt Hamill. It is a result that Hamill and UFC President Dana White’s dispute. 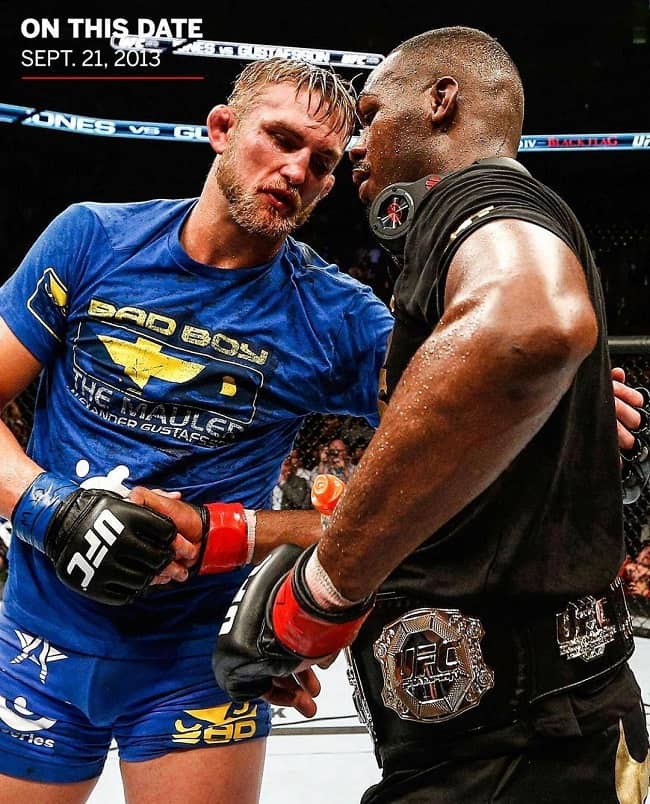 Caption: Jon Jones and Alexander Gustafsson after their UFC match in 2013. Source: Instagram

Between 2015 and 2017, this talented MMA artist was involved in several controversies. Subsequently, Jones lost his title three times as a result of disciplinary action. The UFC initially stripped Jones’ title and removed him from the official rankings in the year 2015. This happened after his arrest for felony hit-and-run charges.

Subsequently, Jones returned to the UFC in 2016 and 2017. These years saw Jones emerge victorious in title bouts against Ovince Saint Preux and Daniel Cormier. However, both of these victories were cut short when this personality tested positive for banned substances. As a result, Jones received further suspensions. His victory against Cormier reversed to a “no contest”.

Furthermore, this MMA artist reclaimed the championship in the year 2018. This happened after Jones’ 2017 suspension was lifted. This victory was against Alexander Gustafsson. However, Jones voluntarily vacated the title in the year 2020. This was amid a pay dispute with White. Further, Jones cited his intent to move up to heavyweight. 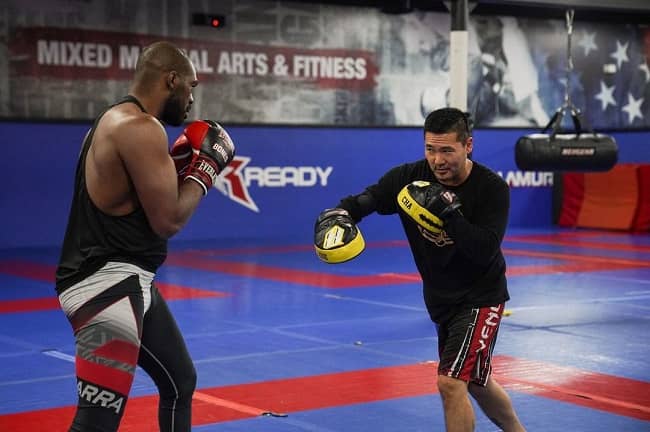 Jon Jones is single at present. However, until very recently, he was in a romantic relationship with Jessie Moses. Jones and Moses are actually high school sweethearts. The high school sweethearts then had their engagement in the year 2015 and the MMA artist announced this news through his Twitter profile on the 1st of April 2015.

Together, the couple has three daughters namely Leah, Carmen Nicole Jones, and Olivia Haven. The couple welcomed Leah in 2008, Carmen in 2009, and Olivia in 2013. Unfortunately, Jones’ announced through his Twitter profile that his fianceé, i.e. Jessies, had left him around 2 months ago. This news was shared on 23 February 2022. 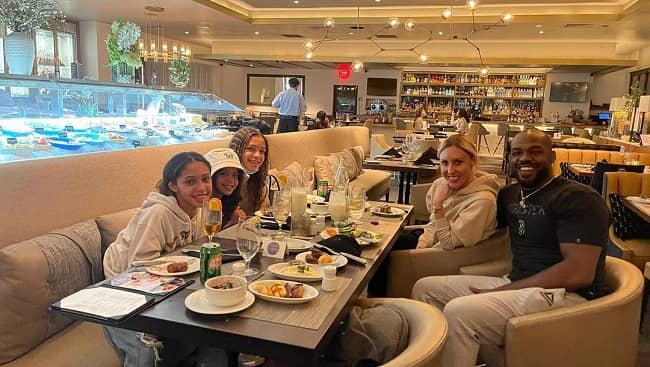 Caption: Jon Jones posing for a photo with his family in 2021. Source: Instagram

Jon Jones stands tall at an approximate height of 6 feet 4 inches or 193 cm. Likewise, his weight is around 205 lbs or 93 kgs. Similarly, Jones has dark brown eyes and hair of the same color. Besides these, this MMA artist’s other body measurement details are still under review.